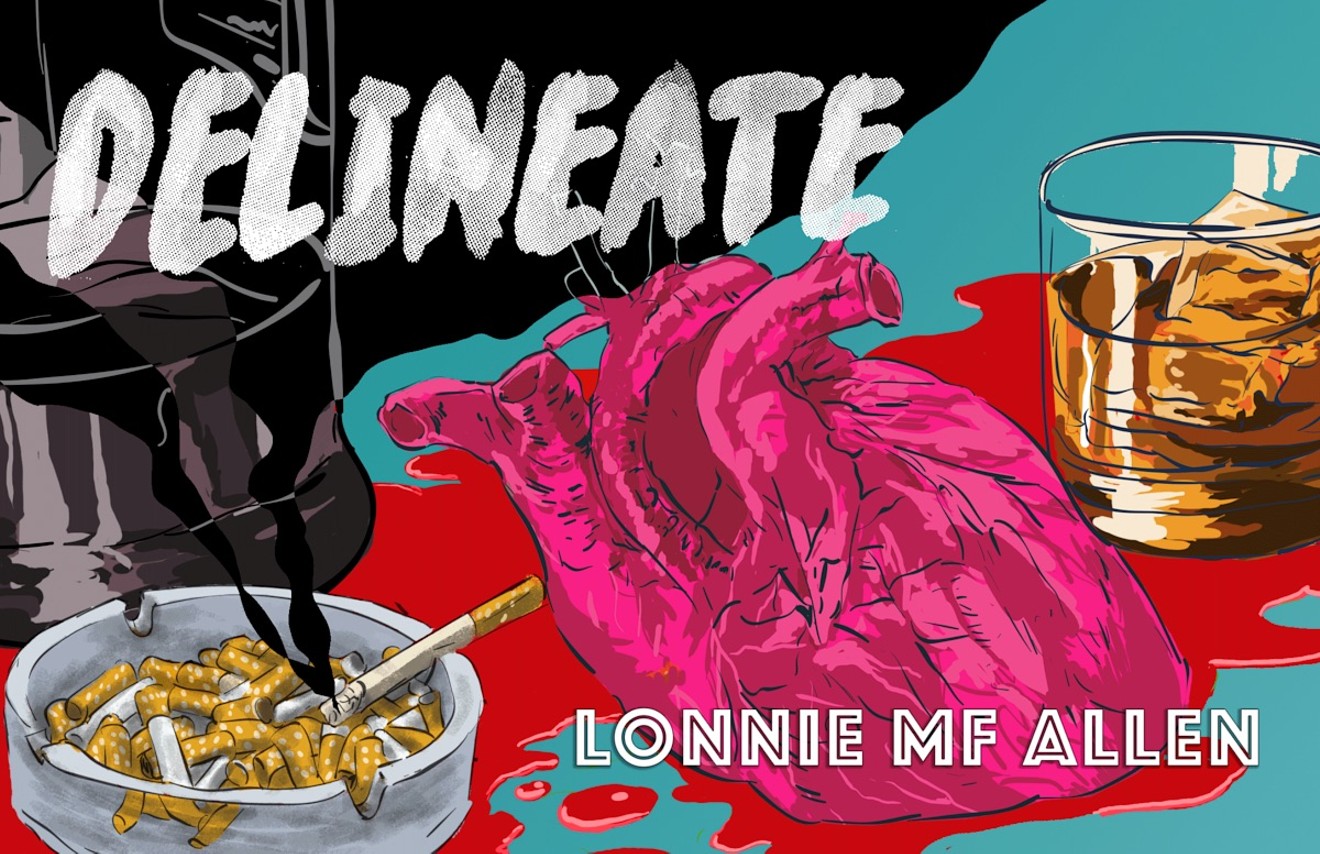 Lonnie Allen found his comic-art stride as a high-schooler dabbling in zines and mini-comics, eventually coming up through the ranks in the local comix scene, where he’s long been a regular among Denver’s close-knit cartooning community. An oft-published illustrator, writer and designer in addition to his niche as a cartoonist, Allen is a member of the team producing DINK (the Denver Independent Comic & Art Expo), as well as an organizer for the Denver Drink & Draw meet-up and Doodle Fights!, a combination competition and reading series for comic artists. With DINK on the horizon (April 8 and 9 at the McNichols Building), we thought the time was right to hand Allen a soap box to stand on, via the 100CC questionnaire. 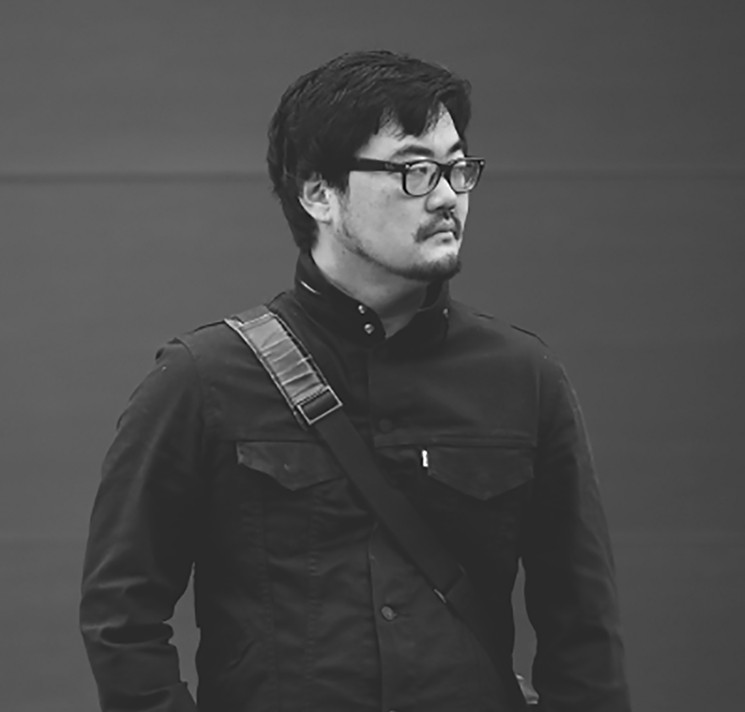 Denver cartoonist and illustrator Lonnie MF Allen.
Carnefix Photography
If you could collaborate with anyone in history, who would it be, and why?

Thinking about that notion makes me nervous. There’s always the danger of childhood inspirations or idols being disappointing, and adding a historical figure to the mix has an extra level of removal/inaccessibility. That being said, I’d still go for it, and it’d probably be Jack “King” Kirby. The reason is obvious to any comic-book nerd worth their salt: The man was master of the form. I imagine that he would be fast, jaw-droppingly talented and unafraid to mince words — my favorite traits in any collaborator.

Brian Chippendale, Lawrence Hubbard and H.P. McElwee. They are all making some very raw and visceral comics. I’d almost call them outsider comics, as loaded as the term “outsider” can be, although they all had books published by larger comic-book publishers last year. 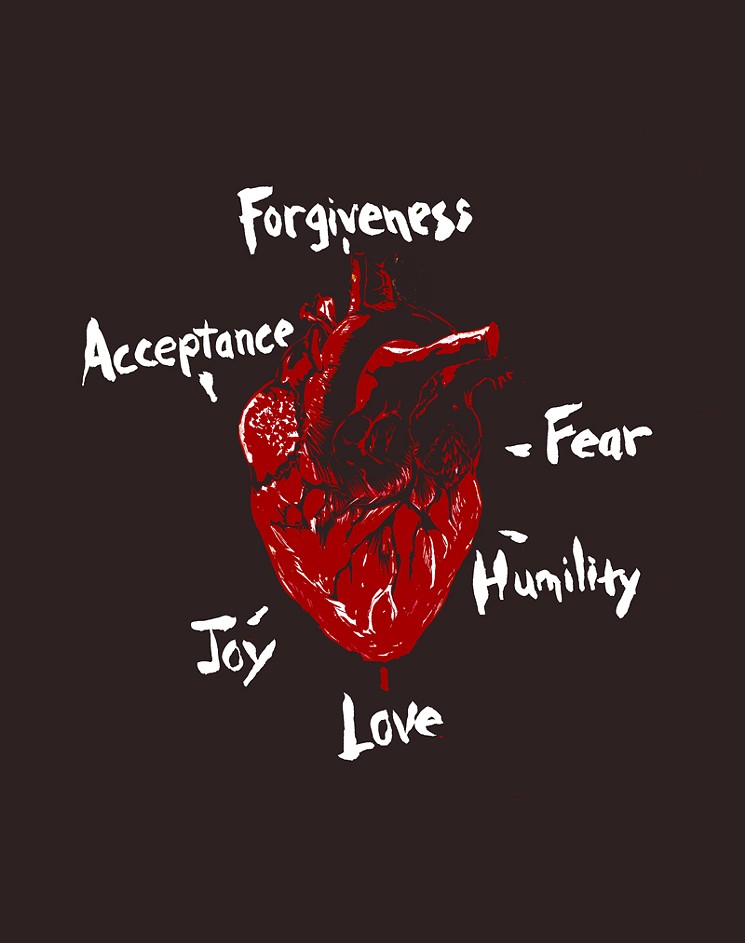 In comics? Desaturated coloring and gritty storylines for superhero comics. People still favor portraying superheroes in comics as more mature and anguished, as if it’s revolutionary or more valuable because it’s serious. I’m exhausted from it; this style has been going on for over thirty years now.

My best paying work is design, and not the exciting kind. It’s mostly creating site plans, but I do make a living from an amalgam of freelance work, some of it more creative than others.

I would create a space for cartoonists in Denver. A bar and cafe of sorts, but also a community space with drafting tables, computers, scanners and printers. Haha!

I love it. The gentrification breaks my heart, but I also know it’s mostly out of my hands. Bullshit and money talks, integrity walks. I’ll try and stay here as long as I can afford to, but I often worry about that. The Pacific Northwest sometimes beckons me with its cooler climate, but if I can’t afford Denver, I know I have zero chance out there.

What's the one thing Denver (or Colorado) could do to help the arts?

In a word: money. With all the revenue coming in from new residents — partly because Denver’s become a hip city that artists directly influence — the city could do a lot more to invest in free-to-cheap artist housing. Well, I’m pretty involved with a lot of projects right now that are pretty exciting. I hope to output a lot more comics and possibly put together a pitch for a longer graphic novel.

Who do you think will get noticed in the local comic-art community in the coming year?

Adrienne Norris. She’s doing some great work and is a phenomenally talented illustrator and painter in Denver.

DINK comes to the McNichols Building on April 8 and 9; get more info and purchase tickets for DINK online. Catch Lonnie Allen and a whole crew of Denver cartoonists in a special DINK edition of Doodle Fights! at 10 p.m. on Saturday, April 8, at the Hilton Garden Inn Denver Downtown. Learn more about Allen online.