Hydrate IV Bar's flagship location in Bonnie Brae. Hydrate IV Bar
The cure to a hangover is simple: It’s attached to an IV bag and comes with a $99 price tag. Hydrate IV Bar opened its doors in the Bonnie Brae neighborhood last April; it was one of the metro area’s first full-service, walk-in boutique IV therapy clinic. Having recently celebrated Hydrate's one-year anniversary, owners Blake Whealy and Katie Wafer plan to expand to a second location in Highlands Square. The exact address hasn’t been announced, but Whealy says that he and Wafer aren’t in any rush, because quality control is their top priority.

The original IV Bar’s menu consists of a full menu of intravenous IV “drips” — including cold and flu options as well as custom formulations to combat jet lag and altitude sickness — and “à la carte” add-ons, such as B-12 shots, all of which are administered by a staff of registered nurses. 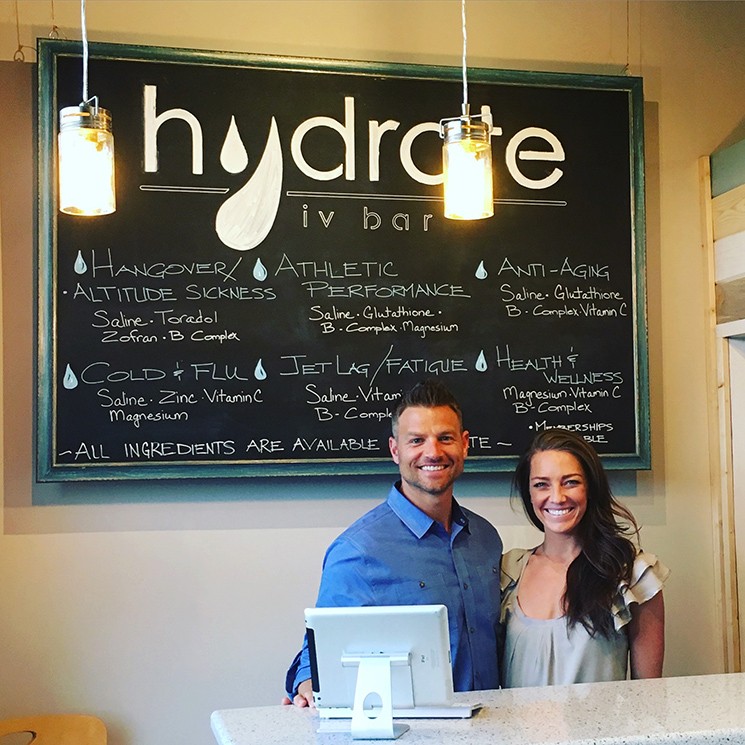 Hydrate IV Bar owners Blake Whealy and Katie Wafer.
Hydrate IV Bar
“What we offer is more of a client experience than a medical experience, and people often compare it to a mixture of a coffee shop, a nail salon and a medical clinic,” Whealy says. “We’re set up a bit like a nail salon, with our chairs side by side on one wall. You come in and you get a little pampered, getting coffee or tea and relaxing with a blanket in the recliner.

“It’s like a coffee shop because it’s a social thing. People come in with friends or will start talking to the people next to them. It’s more of an experience than getting a service done, because you really relax and unwind for 45 minutes to an hour in a setting I think is different from other clinics that have since opened in Denver.”

, though From the start, Hydrate IV Bar attracted a consistent client base. “A high percentage of our clientele are local to just the Bonnie Brae area, living within a few miles of the shop,” Whealy says. “We’ve found that the audience we’ve captured there is looking for higher-end retail service, and they find that with our setting. Our new location will have a similar vibe, but we know it will be slightly different clientele, as we’ll be seeing a younger demographic in that [Highland] neighborhood than in Cherry Creek and Wash Park. We’re hoping to continue to grow as a neighborhood business and open up to other neighborhoods around Denver, just as we’ve done in Bonnie Brae.” 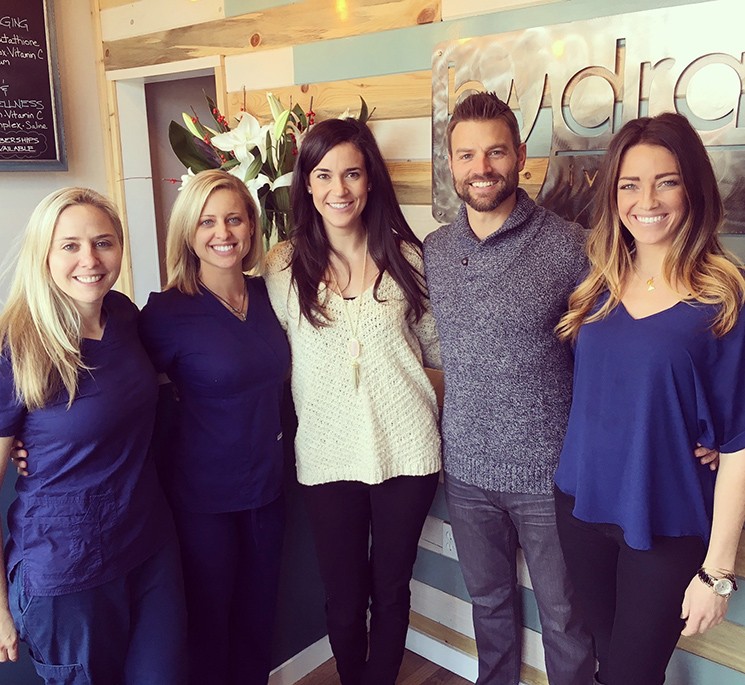 Hydrate IV Bar staff.
Hydrate IV Bar
As plans move forward for the expansion, Whealy emphasizes the importance of continuing to provide the same level of customer service. “The feeling will be maintained, just scaled down a tiny bit,” he explains. “We’re still going to have the same service and the same full menu, but we just want to keep it consistent. We’ll open our doors when we're ready and we're staffed, because we just don’t want that service to lack.”

The owners expect to announce the next location of Hydrate IV Bar in the next ten days, then open that spot in Highland Square two weeks later.  They are currently in the hiring process for registered nurses and paramedics; find out more at hydrateivbar.com. 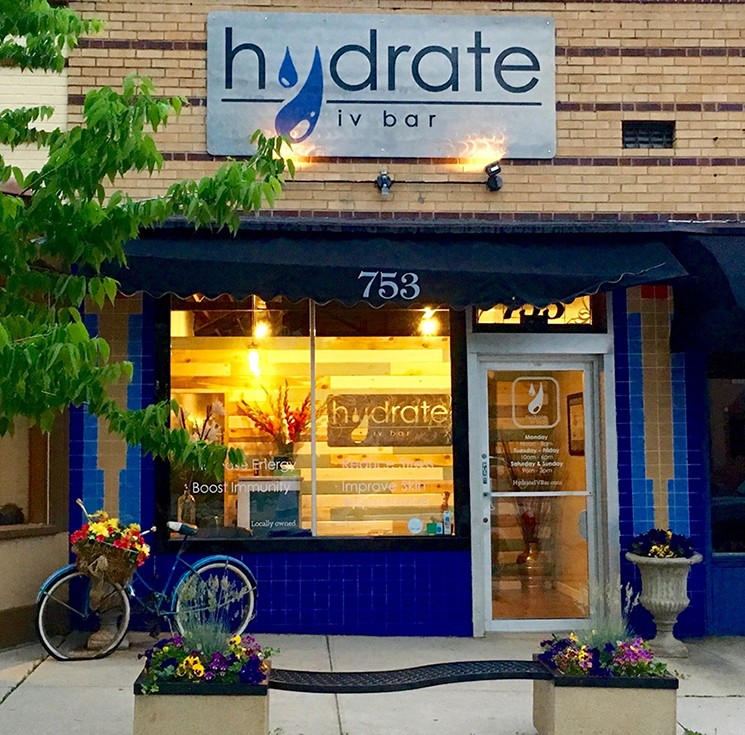