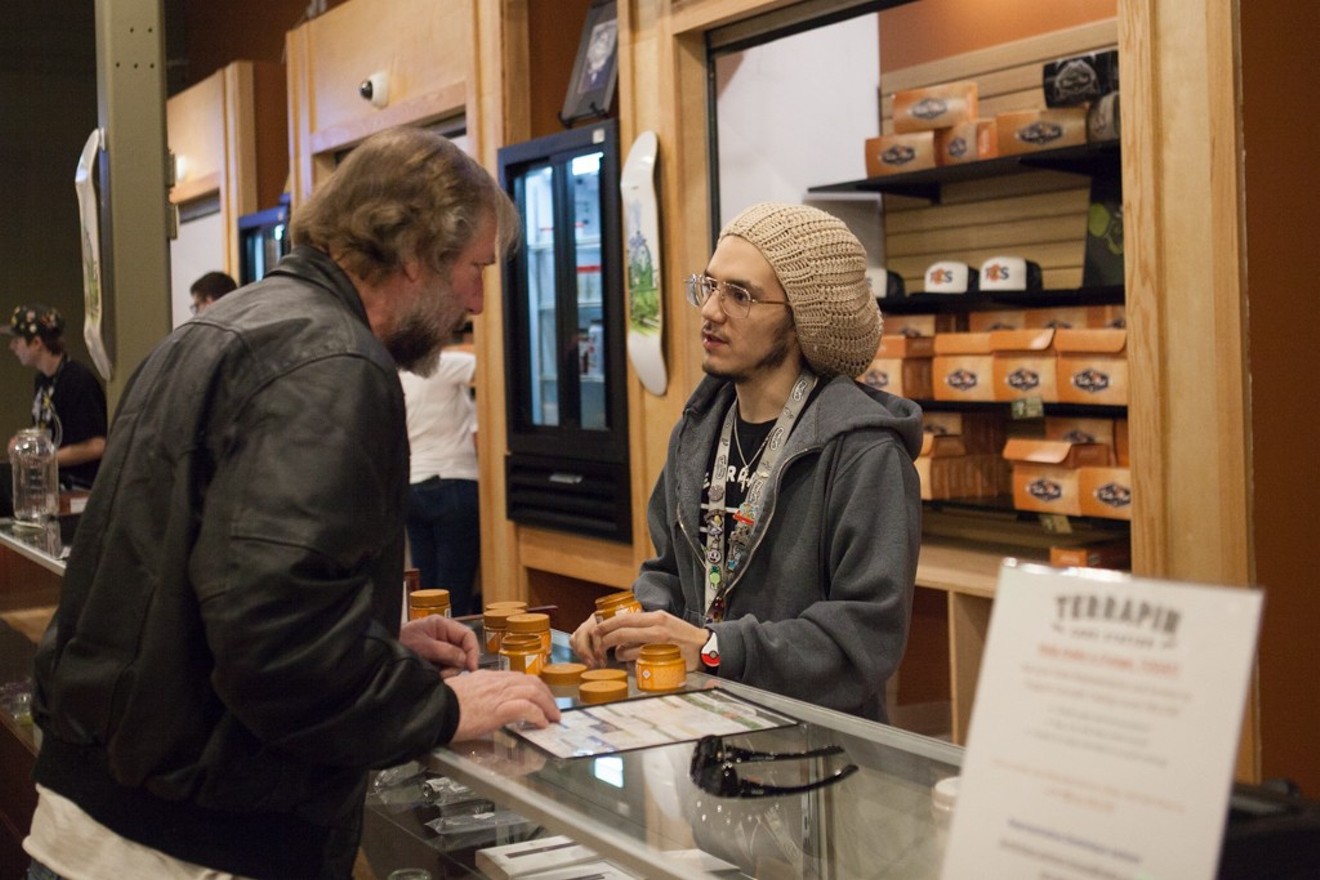 A Terrapin Care Station dispensary budtender helps a customer in in Aurora. Jacqueline Collins
Colorado's decisions to legalize medical and recreational cannabis gave medical marijuana patients and people at least 21 years of age the right to possess cannabis throughout the state, but the right to purchase pot isn't as widespread.

Although cultivation and possession is allowed across Colorado, every town and county is allowed to decide whether to accept pot businesses within their jurisdictions. We've already covered which cities and towns have banned and which have allowed pot sales in Colorado, but several readers asked us to do the same for counties.

Below are maps provided by Colorado Counties, Inc. that show which counties allow cannabis businesses — and what kind. While counties may ban businesses, incorporated towns are allowed to make their own decisions, so these rules apply only to unincorporated areas in the counties. For example, the City of Aurora can allow retail pot sales despite being part of both Arapahoe and Douglas counties, which prohibit the industry.

Overall, just 25 of 64 Colorado counties currently allow some sort of recreational cannabis businesses, according to CCI data, with 21 of those giving the okay for dispensaries to operate. CCI doesn't record which type of medical businesses are allowed in which counties, but it does note that 28 counties currently allow MMJ-related businesses to operate. However, several counties also have moratoriums in effect on new licenses, meaning no new players can enter until the moratorium is lifted or the current businesses owners sell out.

Although both maps are from 2017, CCI says no counties have reported any changes since they were released. 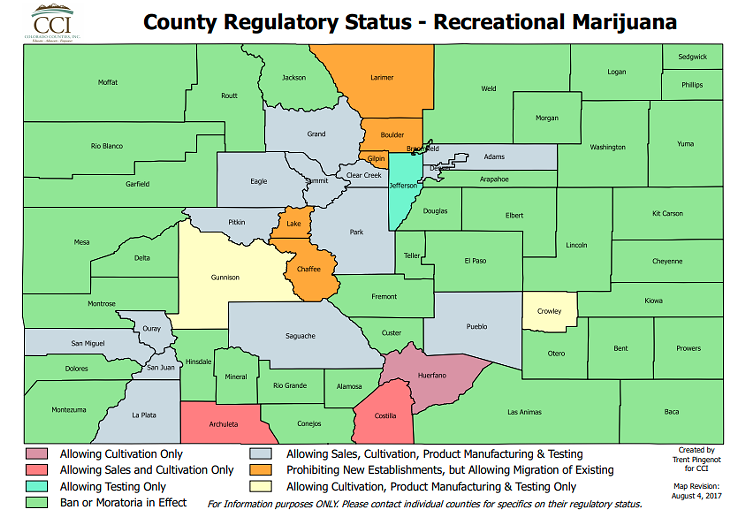 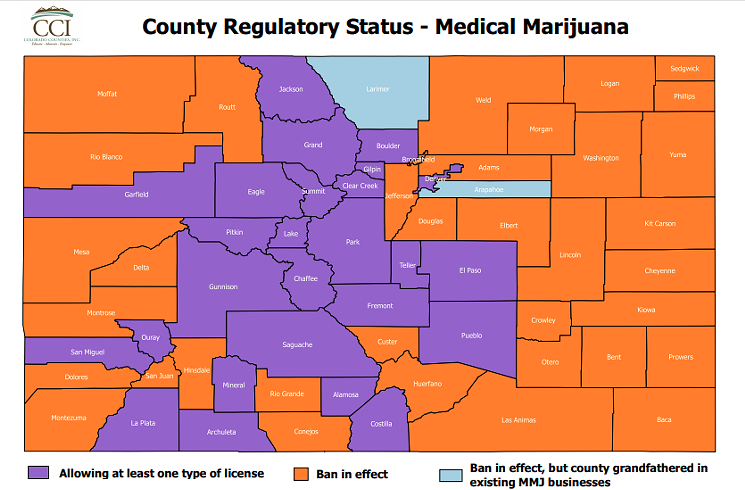