Jacqueline Collins
Colorado marijuana consumers hoping to enjoy the same convenience that pizza fans and Amazon addicts currently do were dealt a significant blow on Wednesday, April 18, when a Colorado Senate committee rejected a bill that would have allowed dispensaries to deliver.

HB 1092 made it through the Colorado House in March, but that 36-27 victory showed that members of the Colorado General Assembly still weren't unified on the issue. And the Senate Judiciary Committee, a five-person panel headed by Senator Bob Gardner, killed the proposal 3-2.

The bill's sponsors, state representatives Jovan Melton and Jonathan Singer and Senator Tim Neville, had reworked its language to disallow recreational sales deliveries in hopes of appeasing committee members, but the compromises still weren't enough. Despite hours of testimony during a hearing the week before from medical marijuana patients and veterans, three committee members — senators  Gardner, Rhonda Fields and John Cooke — felt the measure could create too many issues for law enforcement.

Gardner and Cooke, who both represent counties that ban marijuana sales, had indicated their resistance to the bill in earlier hearings; Fields was equivocal. "We had many, many people testify in reference to needing this bill. I was very convinced by that argument," she told them. "On the other side, I was also persuaded by law enforcement." 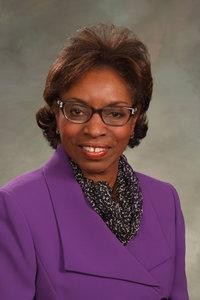 Senator Rhonda Fields
Colorado General Assembly
The Colorado State Patrol and Aurora Police Department both opposed the bill, and Fields said she'd spoken with a number of chiefs of police who warned her of possible crime increases if marijuana delivery were allowed. "This bill creates an additional workload for already taxed law enforcement agencies across Colorado," CSP Major Steve Garcia had said during a public hearing on April 11, citing the potential for increased robberies and doubting a delivery driver's expertise to ensure that marijuana doesn't fall into the hands of minors. Given the fact that Colorado's current system is "a national, worldwide model," Garcia told lawmakers, there was no reason to risk a change.

However, advocates of the bill said they believed a delivery program would increase effective enforcement, with GPS and buyer-tracking technology providing an extra layer to Colorado's seed-to-sale tracking program. David Mack, a spokesman for Eaze, an app that partners with California dispensaries to allow consumers to upload their IDs and credit cards for marijuana delivery, says that his company's software could easily have worked with Colorado and local laws and regulations.

"The biggest obstacle and challenge is to convince people that delivery has an important place in the community," Mack explains. "We think it does have a benefit to the cannabis community. It provides access for those who have mobility challenges or aren't closely situated to a dispensary to buy it themselves."

The bill would have created a pilot program allowing three Colorado municipalities to opt into marijuana delivery. Although originally intended for medical and recreational use, the bill was redrafted to only allow medical marijuana; an amendment that would've given veterans an exemption failed in the Senate committee before the  final vote.

Ultimately, Fields decided that the current dispensary structure, which allows counties and municipalities to ban marijuana sales, was satisfactory. "I think it's very progressive in order to have marijuana delivered to your home and be able to pick the options," she said at the April 18 hearing. "It has not impeded anybody's ability to get access to their medicines. We've been doing this for over ten years. I would like to say we would need a little more time."

Medical marijuana patients and veterans who live in areas that ban pot sales still feel that a delivery program would greatly approve their access to medicine. David LaRose, an ex-Marine who suffers from post-traumatic stress disorder, anxiety and seizures after suffering a traumatic brain injury, says he's unable to drive to dispensaries. Out of fear of losing federal benefits if they sign up as medical marijuana patients, many veterans abstain from doing so. Without a card, vets like LaRose can't get a caregiver, either.

A resident of Westminster, which currently bans dispensaries, LaRose says he must depend on his life partner and friends to provide his medications. "My partner works fifty-plus hours a week, six or seven days a week. I can't drive due to seizures. Taking the bus or an Uber is way too stressful — the anxiety is just too much. So I have to rely on friends and loved ones, but they have to work, so it's hard to find time," he says. "The nearest dispensary that's worth visiting is thirty or forty minutes away. This bill [would've given] me a little independence, honestly, to order and get it delivered from a safe and reliable source."

California, New York, Florida, Massachusetts and Oregon currently allow some form of marijuana delivery, and Washington is currently considering a delivery program, too. While the Senate committee didn't seem opposed to joining those states in a future legislative session, it looks like 2018 won't be the year.