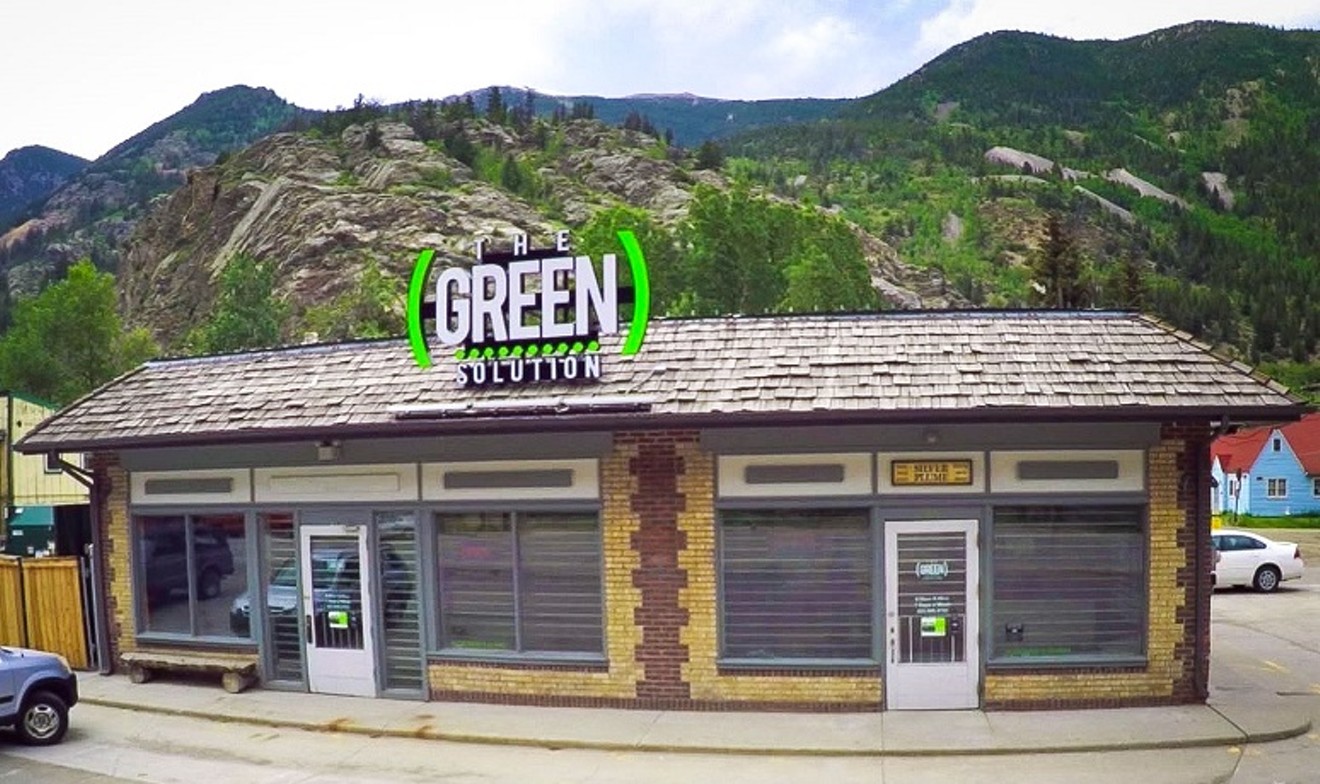 Like Nike, Van's and other retailers, the Green Solution is opening a discounted surplus store, something previously unseen in Colorado's cannabis industry.

"From time to time we end up with long product overruns on some items, just like other retail establishments," says Eva Safar, the Green Solution's vice president of marketing. "Or if a product isn't as fresh as we'd like to see it or it's starting to age, we'll send it to the outlet location."

But instead of selling discounted factory goods in the suburbs, as many companies do, the dispensary chain is putting its outlet in an old mining town nearly an hour outside of Denver. And with good reason: Silver Plume is located right off Interstate 70 in Clear Creek County, before the Eisenhower Tunnel and Summit County, with its popular mountain trails and ski resorts as well as Silverthorne, a town with more than fifty outlet and factory stores.

"Once or twice a year I'll go up to the Silverthorne or Castle Rock outlets. It's something people do in certain seasons, like back-to-school and Christmas time," Safar says. "The culture is already there."

Cheap pot is always in season in Colorado, and the new shop will have plenty to spread the cheer. Every item in the store will be sold at a discount, Safar says, with flower, concentrates, edibles, pre-rolls and other cannabis goodies selling anywhere from 25 to 65 percent less than standard retail prices.

Like its sister locations, the Silver Plume outlet will heavily feature flowers and brands produced in-house by the Green Solution, but there will also be third-party products available at discount. Despite its location off a major highway that's a thoroughfare for many tourists, Safar thinks locals will be taking advantage of the decreased pricing, too.

"Current cannabis industry claims are that about 30 percent of sales comes from tourists. This store mostly follows that, currently," she says. "I think this is something that locals will know about more about and make a trip out of their way for."

The Silver Plume dispensary is currently open and operating as a regular dispensary; the overnight conversion to a discount outlet will happen sometime in mid-July, according to Safar.