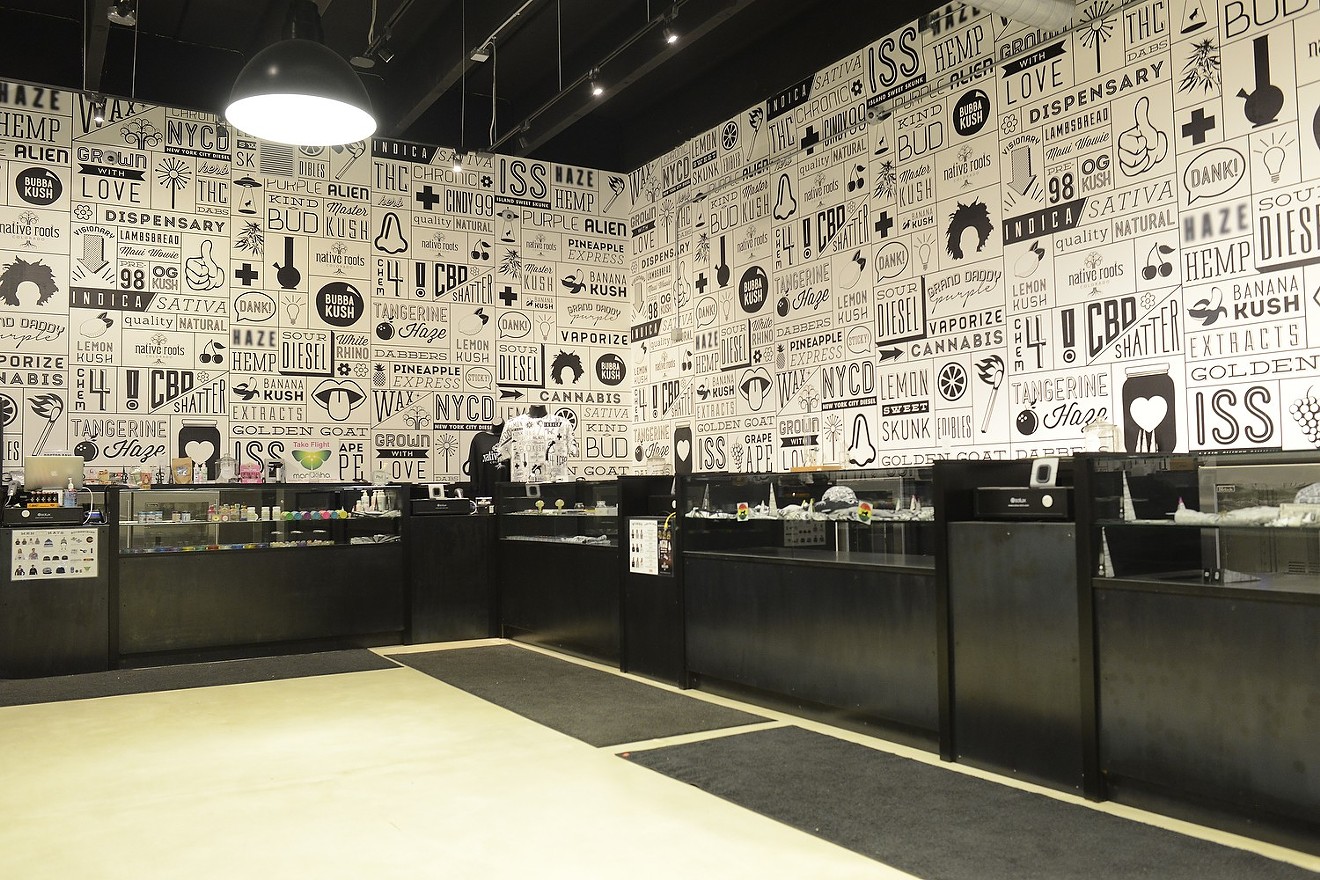 Cannabis consolidation: It's a real thing. Scott Lentz
Even as other states get in the pool, Colorado's marijuana industry continues to make a splash, with well over 500 retail dispensary licenses in the state. About a third of those are for addresses in Denver, which remains at the top of the cannabis food chain. 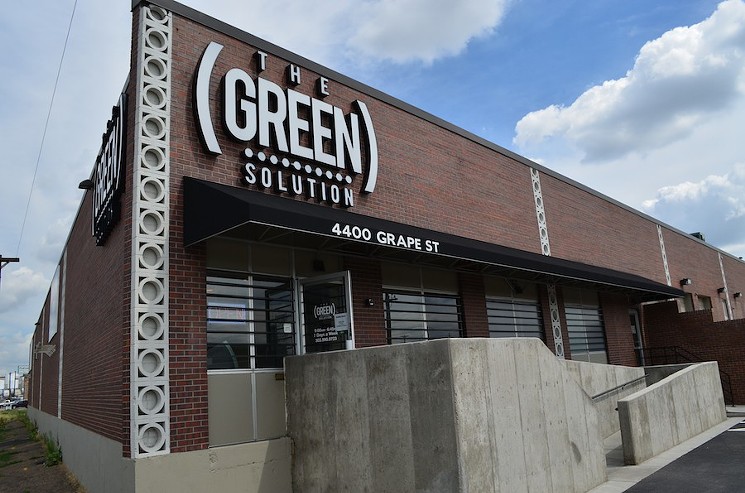 The Green Solution's flagship location on Grape Street.
Jon Stein
The Green Solution
21 locations
The Green Solution's retail experience is one of the most user-friendly in Colorado, with a vast but organized inventory of mostly in-house products, all of which customers can pre-order online. Thirteen of the Green Solution's dispensaries are in the Denver area, with more stores in Fort Collins, Silver Plume and Trinidad. The brand has opened new stores in Aspen, Black Hawk, Longmont and Glenwood Springs in 2019, but company ownership also announced that it had agreed to be purchased by Columbia Care Inc., a publicly traded corporation from New York and Canada, by 2020. 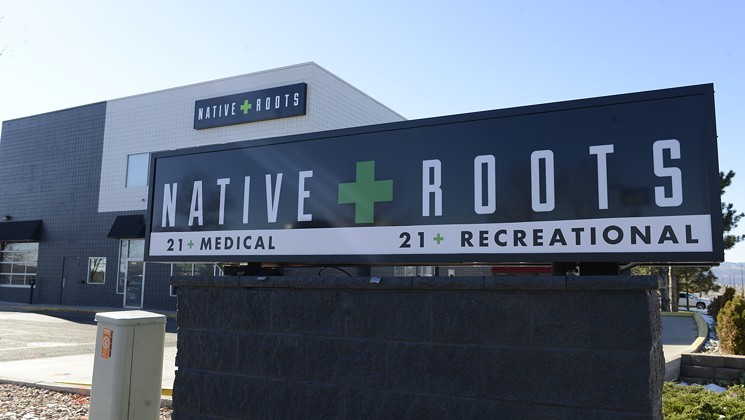 The Native Roots Littleton location.
Scott Lentz
Native Roots
Nineteen locations
Native Roots has grown quickly since opening on the 16th Street Mall in 2009, spreading to stores in Summit County, dispensaries in Boulder, Longmont and Trinidad, and three Gas and Grass shops (medical marijuana dispensary/gas station hybrids) in Colorado Springs. In the Denver area alone, the company has eleven locations (the Dandelion, a dispensary in Boulder, is owned by Native Roots), all known for inexpensive flower and skate-shop vibes. Native Roots closed its original dispensary on 16th Street Mall over a zoning dispute with the City of Denver, but the store reopened as a hemp and CBD boutique. 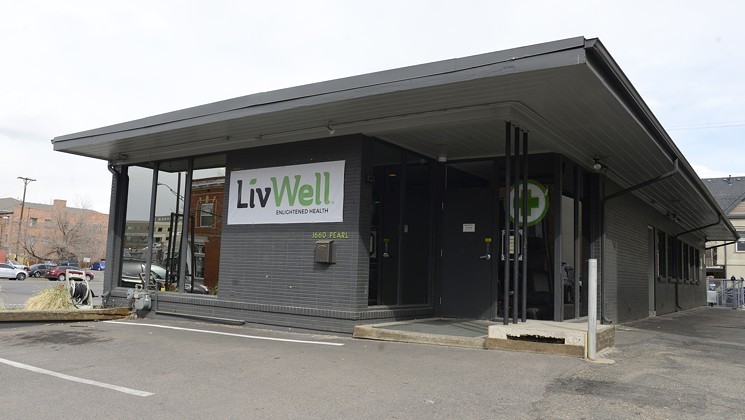 LivWell's Pearl Street location.
Scott Lentz
LivWell
Fifteen locations
Half of LivWell's fourteen dispensaries are in the Denver area, but the company also serves the rural crowd, with locations in Cortez, Garden City, Mancos and Trinidad. Founded in 2009, LivWell has run one of the largest seed-to-sale businesses since recreational sales began in 2014 in Colorado. Owner John Lord is usually steps ahead of his competitors when it comes to scaling his business, partnering with Snoop Dogg for branded lines of flower, edibles and concentrates to make LivWell the first dispensary with celebrity-endorsed cannabis products. The company also has a store in Oregon, and acquired an ownership stake in an Alberta, Canada, cannabis producer.