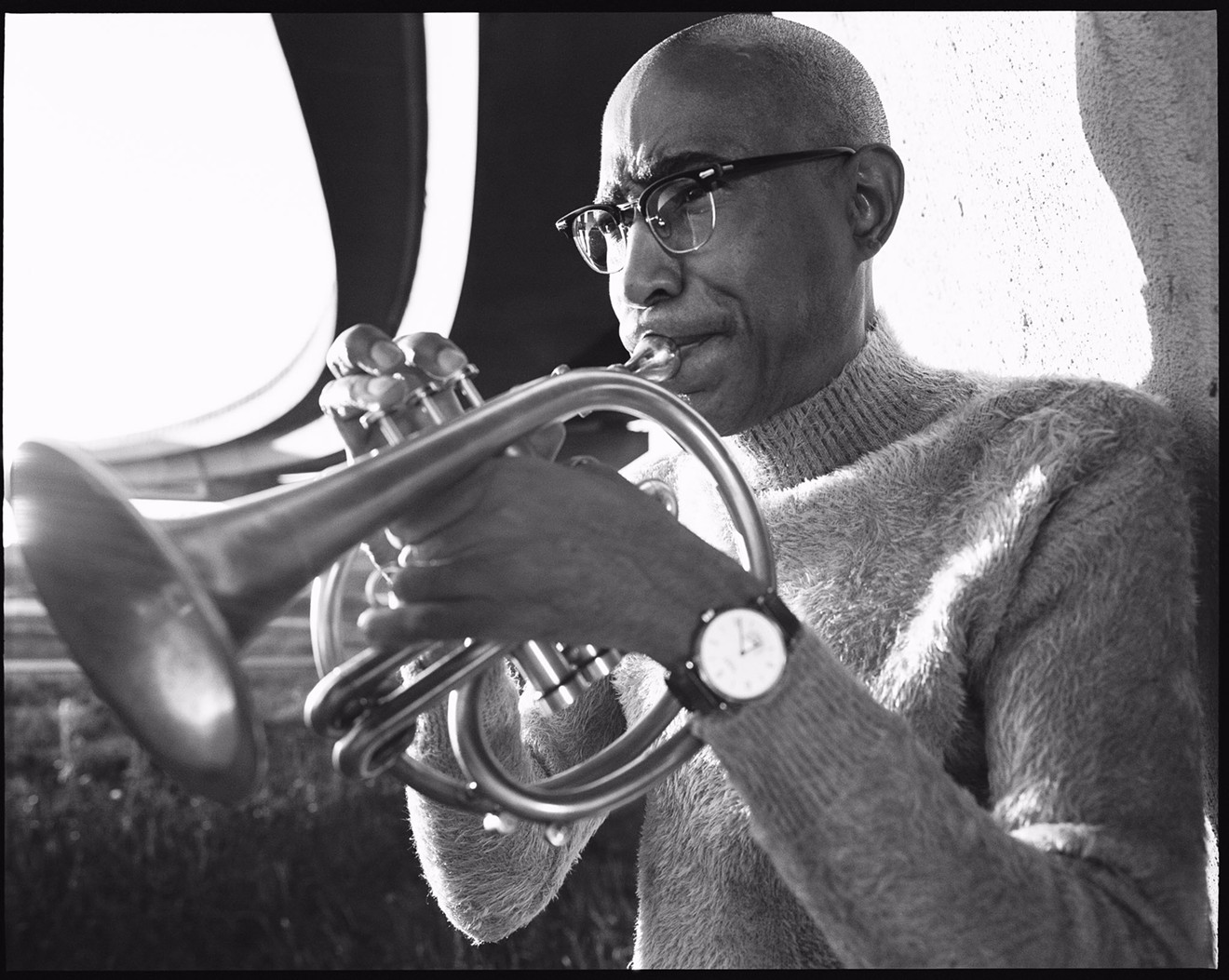 Ron Miles released his Blue Note Records debut, Rainbow Sign, last October. Elliot Ross
From the 1930s through the 1950s, Denver was of the few stops for jazz artists traveling between Kansas City and the West Coast. Five Points was dubbed the "Harlem of the West" as Black icons such as Duke Ellington, Billie Holiday and Ella Fitzgerald, barred from staying overnight at hotels in downtown Denver, played neighborhood hot spots such as the Rossonian. Since then, jazz has been an integral part of the city's culture. Dozens of jazz venues have come and gone, including El Chapultepec, which closed last year after nearly nine decades in business. Through it all, local musicians have been keeping the art form alive. Here are ten of the best jazz artists Denver has to offer: 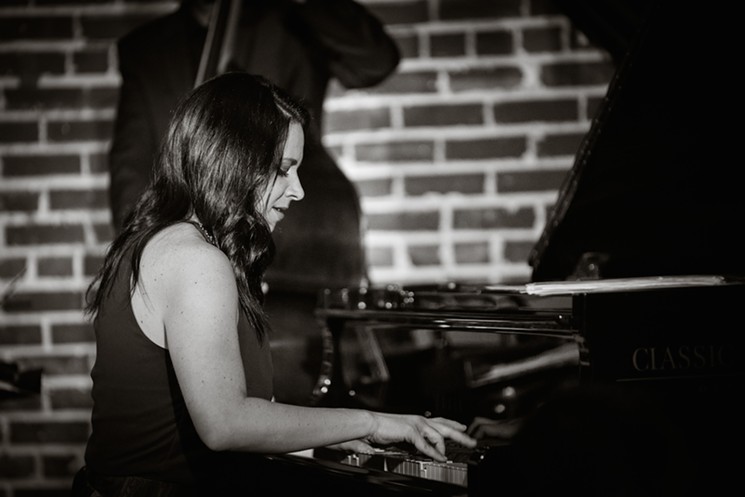 Annie Booth
Armando Martinez
Annie Booth
While Annie Booth is a skilled pianist and bandleader who heads up her own trio, sextet and big band, she also excels in composing music. For proof, look to her Flowers of Evil, an evening-length song cycle for a ten-piece chamber-jazz band based on the poetry of French poet Charles Baudelaire. Booth has won awards from the performance-rights American Society of Composers, Authors and Publishers (the Herb Alpert Young Jazz Composers’ Award and the Phoebe Jacobs Prize); Downbeat magazine (the 2020 Outstanding Graduate Performance); and the Jazz Education Network (the 2020 Young Composers Showcase). She also a three-time winner of the Westword Music Award in the Jazz category. 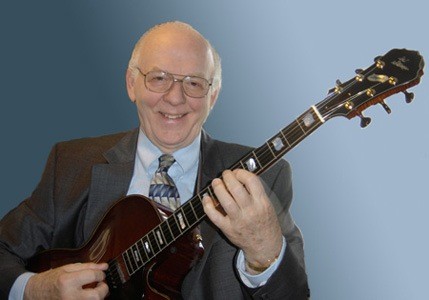 Dale Bruning
Two decades ago, guitarist Dale Bruning recorded a duo album with one his most famous students, former Denver resident Bill Frisell, who once told Westword, “I don't know if I'd really be playing now if it wasn't for [Bruning].” While the 86-year-old Bruning has taught countless students over the past five decades, he's an exceptional player in his own right, sometimes channeling the lilt and smooth phrasing of Jim Hall, for whom he recorded a tribute with Ron Miles, Frisell and others. Frisell and bluegrass guitarist and Hot Rize co-founder Tim O’Brien, another student of Bruning’s, recently released the album Life Lessons.

Eric Gunnison
Pianist Eric Gunnison has been an integral part of the Denver jazz scene over the past four decades while also spending five years working with renowned jazz singer Carmen McRae as her pianist and arranger. He even appears on Carmen Sings Monk, her 1990 homage to Thelonious Monk. Gunnison was also a member of the vocal group Rare Silk in the ’80s and has recorded with jazz vocalist Roberta Gambarini. Since 2005, he's played keys with the Dizzy Gillespie All-Stars Big Band and Sextet. A first-call pianist, he's backed many a nationally known player who's come to town.

Art Lande
Early into his five-decade-long career, Boulder-based pianist Art Lande worked with jazz heavies like Jan Garbarek and Ted Curson before forming the quartet Rubisa Patrol, which released two albums in the 1970s for ECM Records. Both also feature trumpeter Mark Isham, prior to his career as a prominent film composer; Lande and Isham would team up again on ECM for the 1987 album We Begin. While Lande is a master pianist and improviser, he’s also a skilled drummer, as well as a teacher who’s devised innovative courses for improvisation and ear training. In June, Lande released The Silver Fox, a live recording from 2012.

Ron Miles
Last year, trumpeter and cornetist Ron Miles released his brilliant and heartfelt Rainbow Sign, his debut recording for the esteemed jazz label Blue Note Records. While the album showcases the depth of Miles’s playing, it also illustrates what an exceptional composer he is. For more proof of his chops as both a player and a songwriter, look to the last three albums he’s done for the German imprint Yellowbird with Bill Frisell and drummer Brian Blade: 2012’s Quiver, 2014’s Circuit Rider and 2019's I Am a Man, which also includes pianist Jason Moran and bassist Thomas Morgan.

Keith Oxman
With his warm and buoyant tone, Keith Oxman has long been one of the state’s best tenor saxophonists; he’s performed with jazz greats like Art Blakey, Buddy Rich and Dave Brubeck, and worked many times with Curtis Fuller. Over the past few years, local jazz imprint Capri Records has released a number of Oxman recordings, including Two Cigarettes in the Dark, with Houston Person; Glimpses, with Dave Liebman; Squirmin’, from local jazz all-star group the Jazz WORMS; and most recently, his album with bassoon virtuoso Frank Morelli, The Ox-Mo Incident.

Hugh Ragin
While forward-thinking trumpeter Hugh Ragin has worked in the avant-garde world, particularly with David Murray and Roscoe Mitchell (both of whom have recorded his compositions) and Anthony Braxton, Ragin is also a brave bop player who fluidly weaves in and out of chord changes. As a leader, Ragin recorded with Murray, drummer Andrew Cyrille and pianist Craig Taborn on the excellent album An Afternoon in Harlem. A deft composer and player, Ragin is also a longtime educator, lecturing in jazz studies at the University of Colorado Boulder and directing the Colorado Jazz Workshop. Dianne Reeves
Jerris Madison
Dianne Reeves
As a teenager in the ’70s going to George Washington High School, singer Dianne Reeves once filled in for Ella Fitzgerald at the long-gone Glendale restaurant and music venue the Warehouse. Reeves also got to try on Fitzgerald’s shoes. And while she hasn’t necessarily been trying to fill Fitzgerald’s shoes since then, Reeves did go on to develop her own velvety vocal delivery, which helped her win no fewer than five Grammy Awards. In 2017, Reeves was inducted into the Colorado Music Hall of Fame along with her uncle, bassist Charles Burrell, and the following year she earned the National Endowment for the Arts Jazz Masters award, hailed by many as the highest honor for jazz musicians in America.

Paul Romaine
Long known as one of the best timekeepers in the state, Paul Romaine has earned his reputation as an in-demand drummer, backing legends like Eddie Harris, Benny Golson, James Moody, Larry Coryell and others while also performing and recording with some of the area’s best players, including on Squirmin', from Denver supergroup the Jazz WORMS. Romaine also founded the Colorado Conservatory for the Jazz Arts, which offers a program for middle and high school students.

Ken Walker
If a nationally or internationally known jazz musician comes to town and needs a bassist, Ken Walker is usually at the top of the list for local jazz venues. Walker, who has worked with jazz heavies like Randy Brecker, Slide Hampton and Clark Terry, also fronts his own sextet, which has had a regular monthly gig at Dazzle. He even did a twelve-year stint with the house band at El Chapultepec. Walker has also been a longtime teacher at the University of Denver’s Lamont School of Music. Terra Firma, his debut as a bandleader, showcases his ability to imperceptibly swing and hold down the pulse.

Who are your favorite Denver jazz artists? Let us know at [email protected]
KEEP WESTWORD FREE... Since we started Westword, it has been defined as the free, independent voice of Denver, and we'd like to keep it that way. With local media under siege, it's more important than ever for us to rally support behind funding our local journalism. You can help by participating in our "I Support" program, allowing us to keep offering readers access to our incisive coverage of local news, food and culture with no paywalls.
Make a one-time donation today for as little as $1.