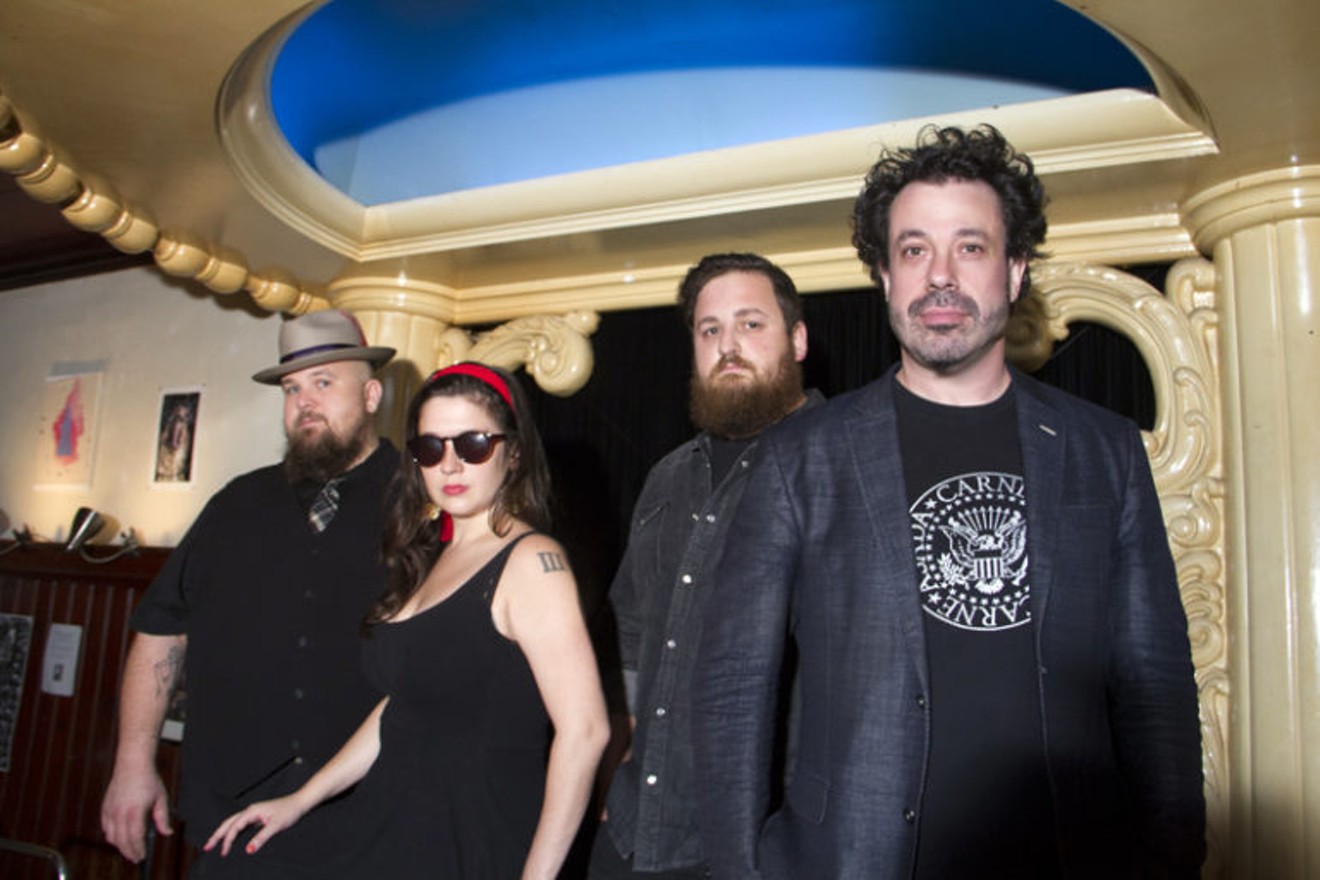 The Claudettes are at Lost Lake Lounge on Wednesday, August 16. Marisa Klug-Morataya

Johnny Iguana, founder of the Chicago-based soul-punk-blues band the Claudettes, plays the piano so hard that he breaks keys. His piano gets repaired all the time because of how hard he abuses it. He says it’s not a showmanship thing; he just gets overexcited.

And he says he really shouldn’t be playing that hard, because he was in a van accident a decade ago and his hand was broken and displaced — “meaning they had to pull my arm out of my hand. It was a gruesome injury. I didn’t play for a full year. I had to do physical therapy five times a day for a year to even be able to play again.”

But he says telling him not to play so hard is like telling someone who’s a loud talker to keep his voice down. It’s probably not going to work. Instead, Iguana practices a lot to be able keep up his physical approach to the piano, and runs scales and does exercises to keep his fingers nimble.

Part of his vigorous playing stems from Iguana’s love of the punk that he grew up on, particularly the Minutemen and the Clash; Mike Watt and Joe Strummer are two of his three biggest heroes. The other is legendary Chicago bluesman Junior Wells, with whom Iguana toured for three years in the mid-’90s.

Iguana began studying Wells's material when he was a teenager. At seventeen, the Claudettes pianist was playing in a band that played mostly Wells's music.

“Sometimes you just learn every track on the records you have,” he says. “I only had a handful of blues records. We were playing deep Junior Wells cuts instead of ‘Sweet Home Chicago,’ and we were also playing Wilson Pickett."

“I thought of us as sort of a young Yardbirds. We were just very excited about the blues, playing too fast and too loud. We played at all these black clubs in Philly, and the cooks would come out of the kitchen to watch us. They were just so pleased that we were so excited about this music and playing it with such honesty and excitement and reverence.”


Not long after his stint with Wells, Iguana teamed up with the rock band Oh My God in 2000. In 2011, he formed the Claudettes with the intention of it being a drums-piano instrumental duo inspired by blues pianist Otis Spann and drummer S.P. Leary, who played with  Howlin’ Wolf and Muddy Waters. From being the house band at Claudette’s Bar in Oglesby, Illinois, the group spiraled into a number of different directions. At one point, it was a trio with a vocalist who sang in French, and they worked songs by Serge Gainsbourg into the set list.

More recently, the Claudettes have been a quartet with singer Berit Ulseth, who’s been with the band about a year, as well as drummer Matt Torre and bassist Zach Verdoorn. As much as the Claudettes can rock the house, Iguana says their shows can be a dynamic rollercoaster, at times bringing it down to a quiet whisper. The band’s latest release, Pull Closer to Me: Live in the Piano Room, showcases a more intimate side of the group.

While the band has a fair amount of blues material to draw from (the band has played a number of blues festivals) and it does first-rate instrumental treatments of songs by of Hugh Masekela, Marvin Gaye, Link Wray and Santo & Johnny, Iguana says that when he and his bandmates play rock clubs, they run through sets Minutemen style – no talking, just pounding through the songs.

“Playing acoustic piano is way harder work than organ or keyboards,” he says. “There’s a lot of resistance. I’ve got myself in a bit of a pickle, where it’s hard work, and I’m up there sweating, but not because it’s hot. Having a challenge like that every day keeps you really invigorated. It’s no good to do something that’s really easy for yourself every day.”