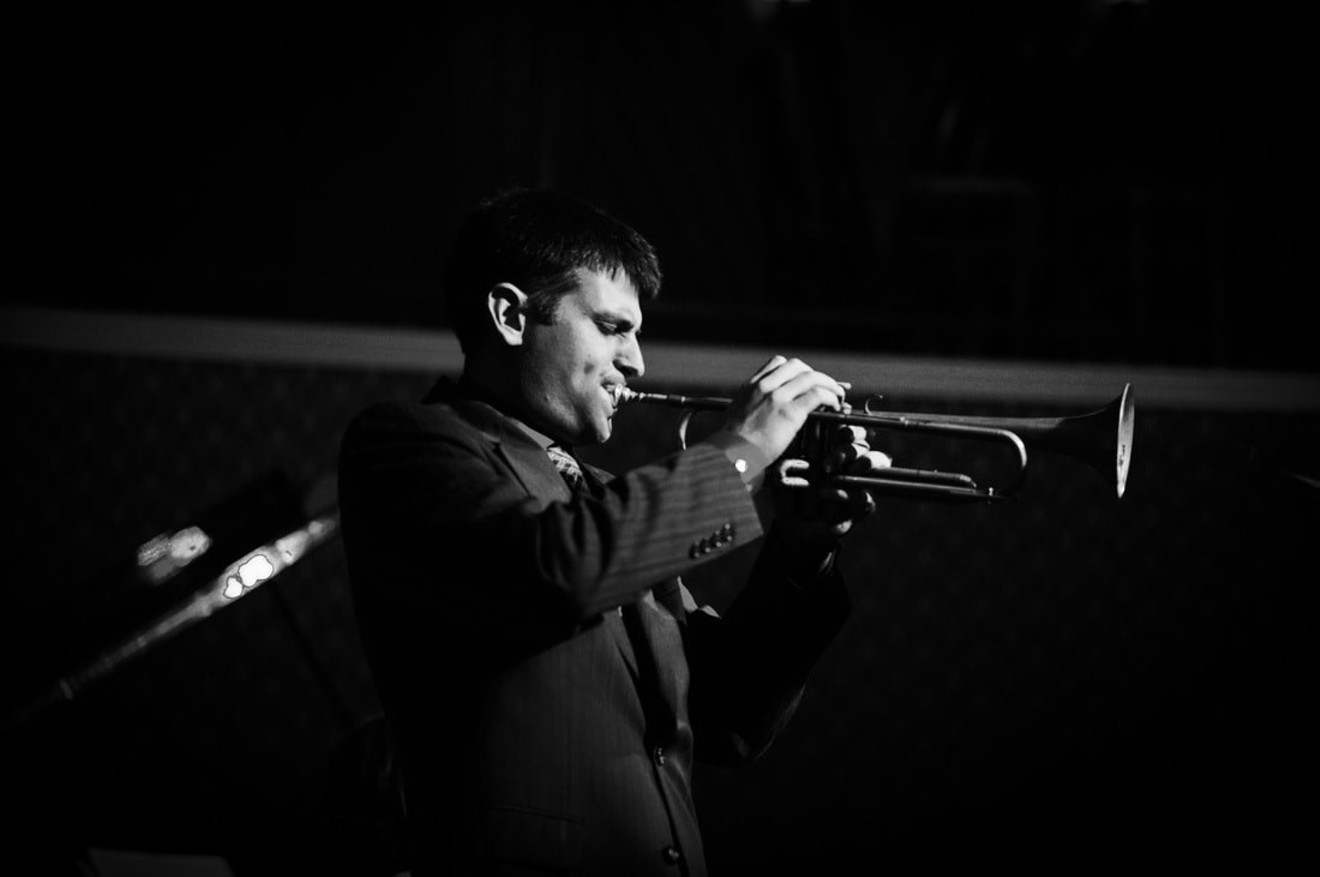 “With nature, there are general rules. Trees grow upwards and roots bury themselves,” Gershwin says. “There is a spontaneous freedom to it all. Our Season’s freedom is rooted by lyrical melodies, rich harmonies and infectious grooves.”

Members of the sextet include tenor saxophonists Heath Walton and Michael Bjella, bassist Hunter Roberts, pianist Greg Tanner Harris and drummer Kevin Matthews. Each of the nine songs on Our Season align with the spaciousness and peaceful feelings that Gershwin experiences in nature.

The songs vary in theme. “Eclipse” begins with an exploratory chorale that finds a groove then descends into chaos; Bjella and Gershwin collaborated on crafting a three-voice chorale for the piece. Gershwin likens the structure of the song “Blossom” to a flower opening up, basking in the sun and then closing again. Bjella penned “Main Street” about a street in Buffalo, New York. Thomas Pynchon’s novel Against the Day inspired “Counter Earth.”

“The concept of ‘Counter Earth,’ is that another planet just like ours is on the exact opposite side of the sun from us, sharing our orbit,” Gershwin says. “The long title of the piece was ‘Message to Counter Earth,’ an attempt to send some sort of transmission that would only go through with a song that had a time signature of 7/4, 5/4, 7/4, 6/4.”


Gershwin and his band were resident artists at Denver’s Nocturne jazz club, where they developed the songs on the album. The group crafted original music for three hours every Saturday in January and February 2017 and 2018. This helped each member grow and become an essential voice on the album.

Thanks to a $4,000 grant from the Pathways to Jazz organization, the sextet invested in high-quality recording and post-production. Our Season was recorded in one day at Denver’s own Mighty Fine Productions.

“Making music and being around these gentlemen is a treat,” Bjella says. “I live in Upper Michigan, and every time I come down here, the Denver family is welcoming and beautiful.”

Gershwin enjoyed the process of making Our Season, from its humble beginnings to the finished product.

“Each song began with a little idea at the piano or on the trumpet. The ideas then took on shape with forms, melodies and harmonies,” Gershwin says. “Each musician breathed new life into the songs with their unique voice, and the pieces grew personalities as we played them week after week at Nocturne.”

Gershwin yearns for Our Season to captivate his listeners in a world where data and information are available with a push of a button.

“With the chaos of infinite information at our fingertips, we tend to oversaturate ourselves with data,” Gershwin says. “Listening to an album is an active choice to disengage from the busy pace of modern life. If listeners find the space to slow down and receive the music, I feel that I’ve succeeded.”

Tom Gershwin Sextet, 7 p.m. Sunday, July 8, Buntport Theater, 717 Lipan Street.
KEEP WESTWORD FREE... Since we started Westword, it has been defined as the free, independent voice of Denver, and we'd like to keep it that way. With local media under siege, it's more important than ever for us to rally support behind funding our local journalism. You can help by participating in our "I Support" program, allowing us to keep offering readers access to our incisive coverage of local news, food and culture with no paywalls.
Make a one-time donation today for as little as $1.