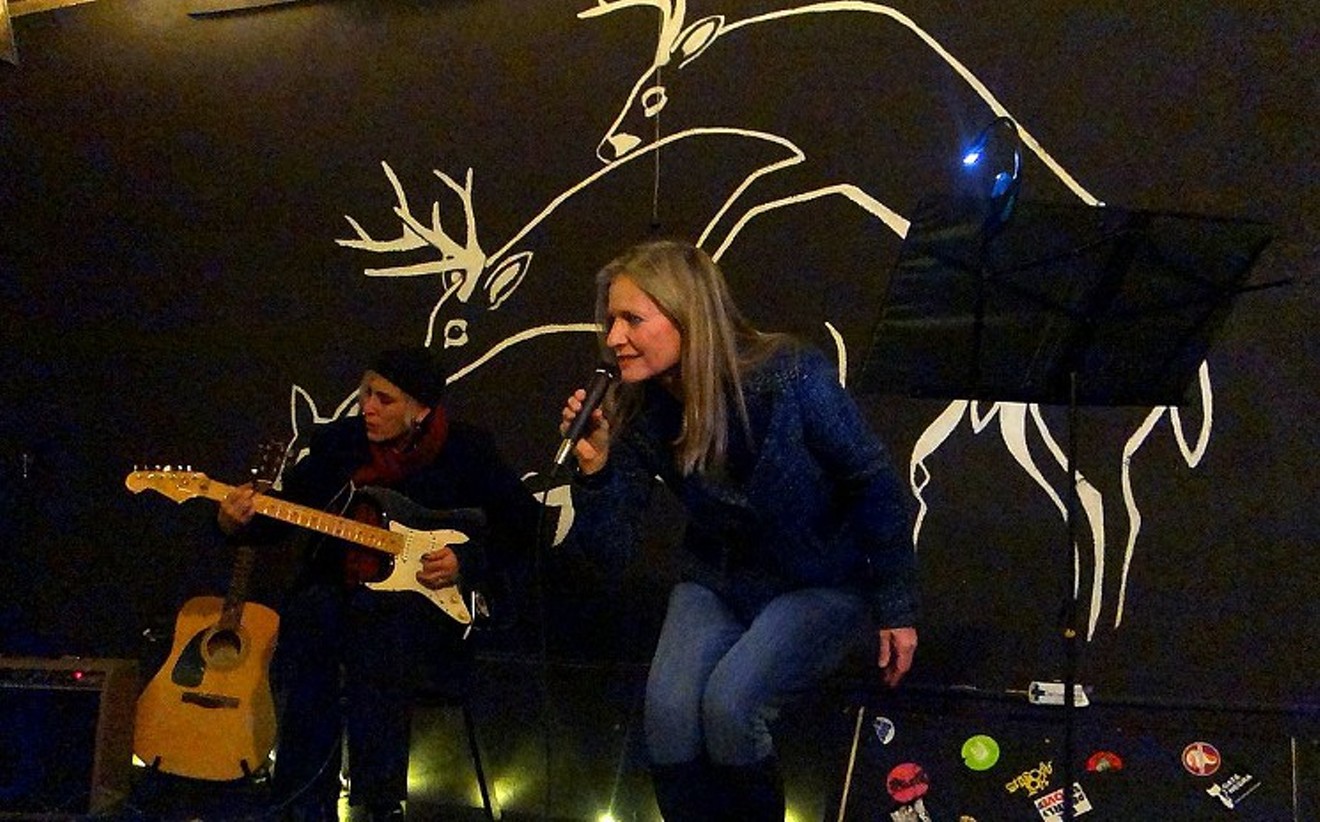 Roseanna Frechette reading at Deer Pile for LINK Denver. Courtesy of Roseanna Frechette
Live music pops up in the strangest places, often venues that weren't originally intended to host concerts, or spaces that are just plain odd in their design. Sometimes it's a coffee shop, a public space, an airport, an art museum or even amid stacks of pallets (or books). Here are some of our favorite unconventional music venues around Denver. 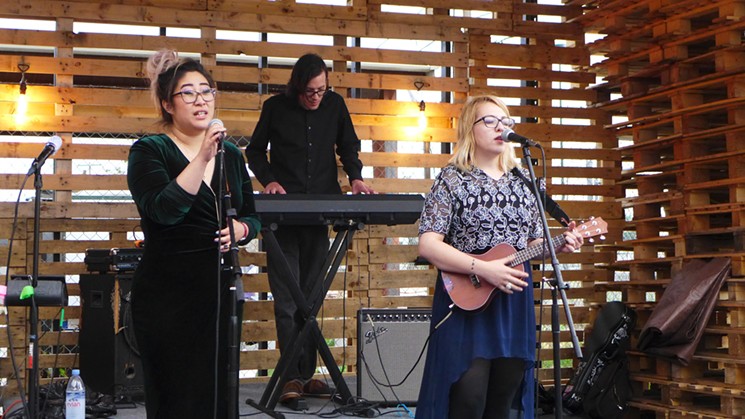 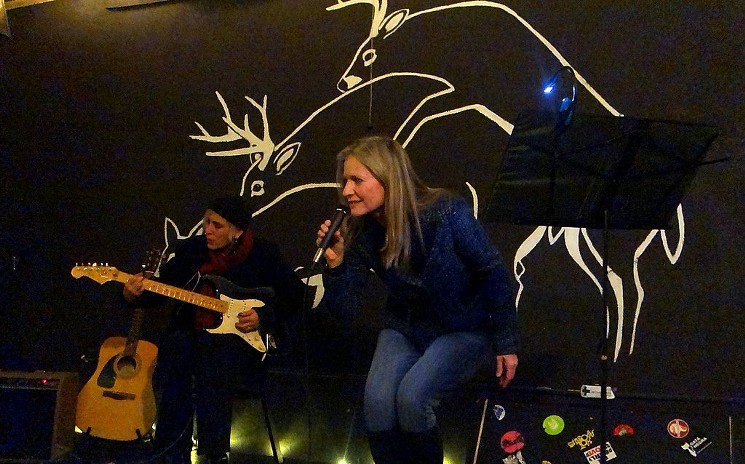 Roseanna Frechette reading at Deer Pile for LINK Denver.
Courtesy of Roseanna Frechette
2. The Deer Pile
206 East 13th Avenue
Located above the restaurant City, O' City, the Deer Pile is a more-or-less empty room with a P.A. This small venue has hosted comedy, spoken word and a variety of music from Denver's underground scene, including one edition of the experimental festival Goldrush, and the now-defunct Noise Floor, a monthly showcase of forward thinking music.

4. Denver International Airport
8500 Peña Boulevard
DIA has occasionally commissioned bands to perform relatively unobtrusive music in its main lobby. Perhaps most notably, experimental-rock band Rubedo performed the equivalent of day-job hours every day for an entire month in 2013. Mostly you'll find standard jazz at DIA, but every now and then someone unexpected and unusual will be called in to alleviate the usual ambient sound at the airport. 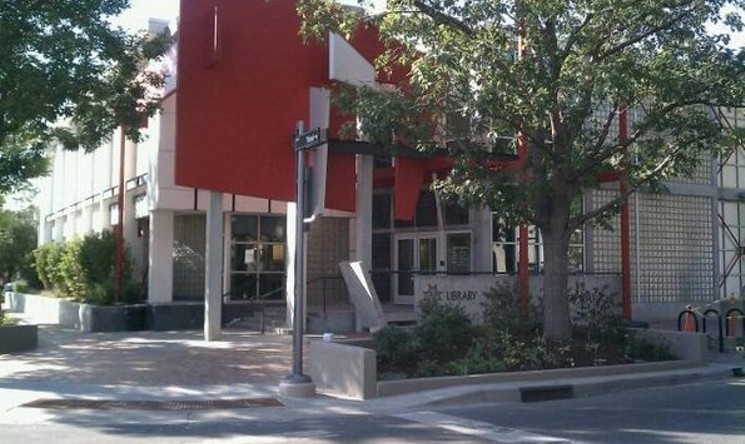 Ross-Cherry Creek Branch Library
Westword
5. Denver Public Library
Various Locations
Libraries are usually a place for peace and quiet, but in the last three years Denver Public Library branches have hosted musical events. The Park Hill branch has an April concert series, typically on Wednesday evenings. The Ross-Cherry Creek branch has its own P.A. and occasionally hosts acts including SPELLS, the Milk Blossoms and Echo Beds. The renovated McNichols Building is no DIY arts space.
Arts & Venues
6. McNichols Building
144 West Colfax Avenue
The McNichols Building has hosted a wide range of community events as well as dance parties. In 2016, the ENDOTREND festival brought to this city-owned edifice the likes of Joy Subtraction, Victoria Lundy, Plume Varia and Church Fire.