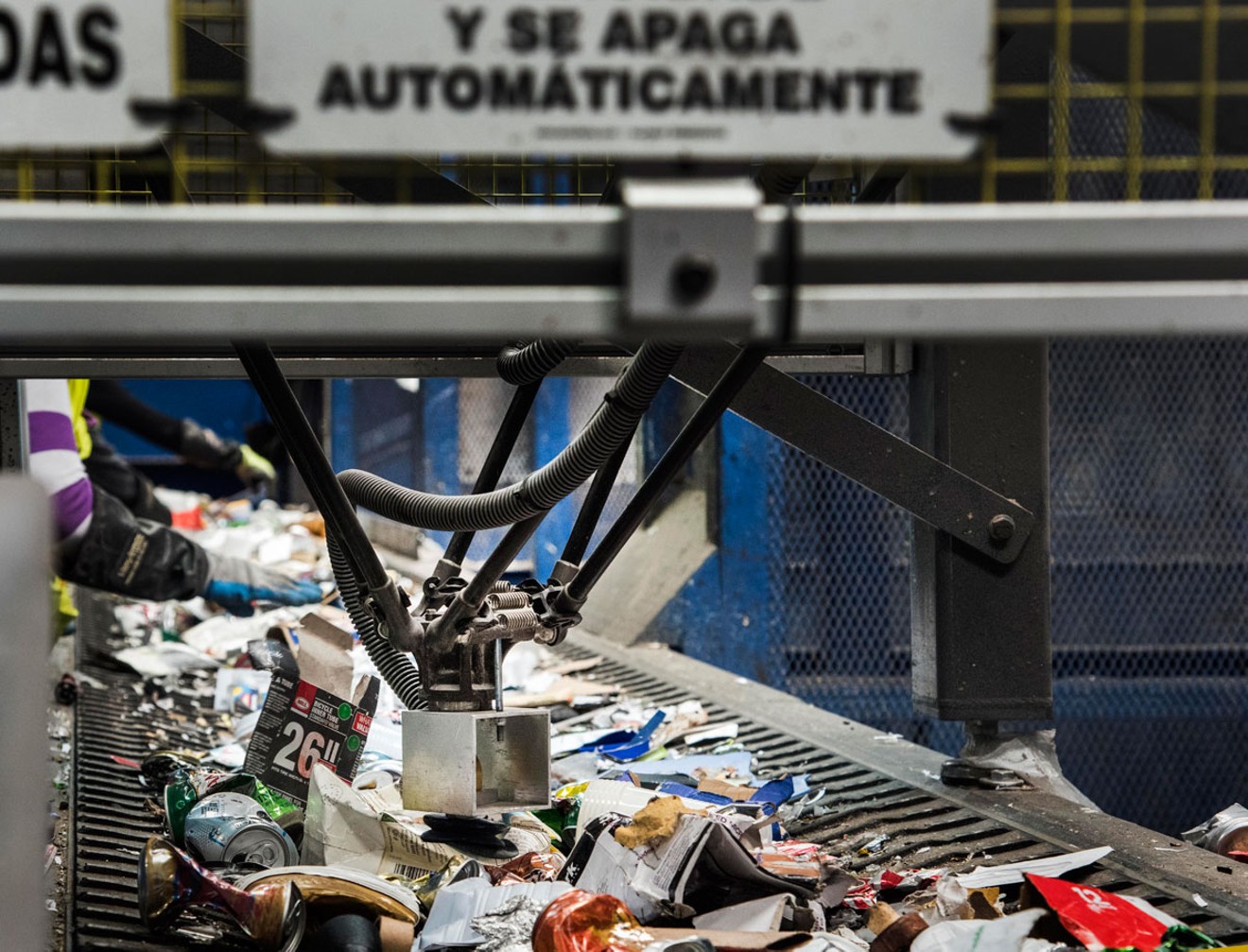 Clarke sorts cartons out of recycling. And he’s hungry. Anthony Camera
A robot named Clarke is just waiting for someone to turn him on.

Clarke lives in the Altogether Recycling plant in unincorporated Adams County. His operators are on a fifteen-minute break; when they return, Clarke will eat. He has a strict diet of empty cartons: milk, juice, etc. Clarke is hungry. He also thinks and learns. Clarke could be the future of recycling.

Clarke is a prototype, the first of his kind. He’s named after sci-fi author Sir Arthur C. Clarke and is the brainchild of local tech startup Autonomous Manipulation and Perception Robotics. AMP Robotics creates robot systems that make recycling centers like Altogether, a division of Alpine Waste & Recycling, more efficient — or “smart,” as Steve Jobs might have put it.

Clarke is trained to identify cartons mixed with other recyclables. Shaped like a three-legged spider, Clarke hovers over the conveyor belt and uses his camera to spot cartons, even when they’re buried under debris. Clarke’s brain instructs the blue cup that joins the tips of his spider legs to suck up cartons and throw them in a bin behind the conveyor belt. In the first quarter of 2017, he ate 25 tons of cartons. (Clarke doesn’t like fat jokes.)

Whereas a human sorter would collect forty cartons per minute, Clarke can collect sixty.

The most exciting aspect of Clarke is his brain, which learns from the millions of cartons that pass beneath him. The more brands, angles and edges he sees, the more cartons he is able to recognize. But Clarke’s potential is just unfolding. 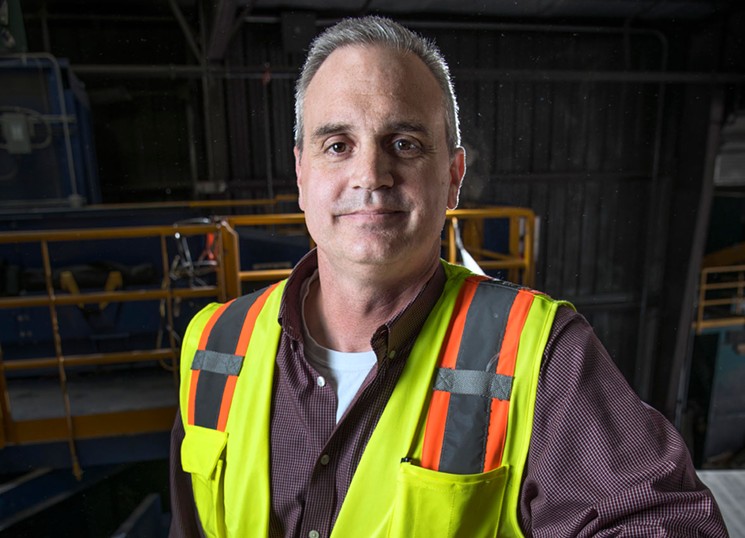 Brent Hildebrand, Alpine’s vice president of recycling.
Anthony Camera
Tons of recyclables bounce into Altogether’s plant every day and enter a single-stream feed — basically a stream that includes every kind of recyclable. Cans, bottles and cartons whirl through a giant blue sorter that looks like pieces of farm equipment joined together. As the waste moves through the machine, it’s sorted by people and mechanisms alike. One function uses mirrors to capture the reflections of certain kinds of plastic; a specific reflection activates a machine that blows air, which pushes this bottle or that bottle into separate bins.

Clarke is at the end of the line. While now he’s kept busy identifying and sorting cartons, in the future he’ll also collect data about the kinds of materials that may have slipped through the sorting process. (AMP doesn’t have a timeline for the function’s rollout, but the company is working on it.)

“For me, having that data, especially at the end of the system, is huge, because it does tell me, maybe I have a piece of equipment that’s not functioning like it should, pulling out certain items,” says Brent Hildebrand, Alpine’s vice president of recycling.

A little less than ten years ago, Alpine became the first recycling service in Colorado to accept cartons. Two years ago, it became the first in the region to accept Styrofoam. “Alpine is really built on innovation when it comes to pulling stuff out of the stream and pulling more items out,” Hildebrand says.

Saving-the-planet mumbo jumbo aside, innovation is smart for Alpine’s bottom line. Cartons, for example, are sold and made into new paper products and green building materials. “If it has value and we can find a way to pull it out, we will,” Hildebrand says. “It’s very important for us in the company to find other materials in there or add materials to a stream that typically people have had trouble recycling.”

This story is part of a series on spring cleaning, which will be rolling out all week ahead of Earth Day, Saturday, April 22. Don't miss part two, about Denver's disappearing dumpsters.