In the 2016 fiscal year, the Colorado Bureau of Land Management issued 115 leases — the second-most of any state — covering over 10 million acres. welcomia/Shutterstock.com
When Governor John Hickenlooper, Mayor Michael Hancock and representatives of the outdoor industry announced last week that Denver had finally secured Outdoor Retailer — the country’s largest outdoor convention, expected to bring Denver over $100 million in tax revenue — the news became less a celebration of the convention's economic benefits and more a vindication of why Colorado protects public lands.

"That is a huge benefit," said Hickenlooper at the announcement in reference to the former. “But that’s not really what deserves to be mentioned. We’re talking about forty wilderness areas in the state of Colorado — four national parks, eight national monuments, state parks, state wildlife areas…. All this stuff comes together as a cumulative attraction."

But that same day, Secretary of the Interior Ryan Zinke, nominated by President Trump to oversee public lands, ordered the Bureau of Land Management (BLM) to speed up its review of oil and gas drilling permits in an attempt to boost oil and gas development on public land.

The move concerned leaders of the recreation industry as well as conservationists, who say that the Trump administration is putting oil and gas interests first and threatening public lands just as Colorado’s conservation efforts were reportedly the reason behind Outdoor Retailer’s relocation from Salt Lake City.

“The preservation of places to play, and that occurs on public lands, is extremely important to getting people outside, but also just the industry,” says Amy Roberts, executive director of the Outdoor Industry Association, a trade group that played a major role in Outdoor Retailer’s move to Denver. “And having said that, we recognize that there’s appropriate multiple uses of land, but there needs to always be public debate and consideration about which lands are used in which way.” 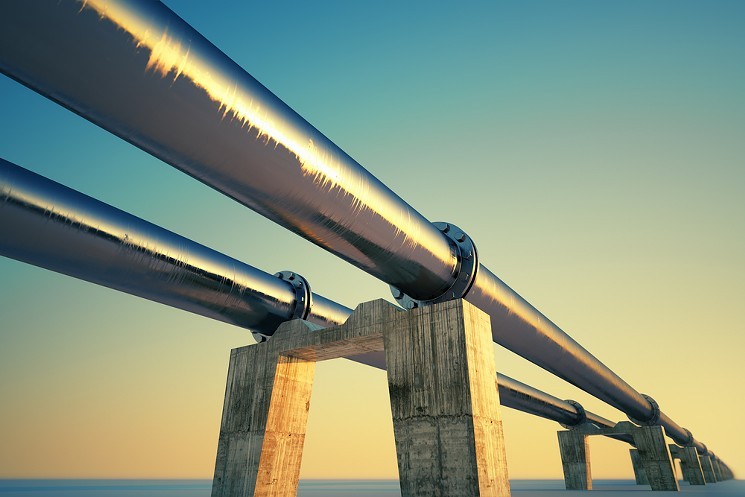 “Anybody who cares a bit about public lands, and anyone who enjoys going out hiking...or camping, they should be incredibly worried about this,” adds Nichols. “It is throwing the concept of multiple use and the American public interest under the bus.”

Nichols is concerned that Zinke's order may tilt the BLM's precarious balance of fossil fuel, recreation and conservation interests even further in favor of oil and gas executives, threatening Colorado's $28 billion outdoor industry and leading to a controversy like the fight over Bear Ears National Monument in Utah, which played a central role in the relocation of Outdoor Retailer to Denver.

"That is going to have to change. Otherwise, the outdoor retailers are going to get fed up with us, too," says Nichols. "[Public land] is their bread and butter, and you can see how much money [recreation] is bringing for them, for the city of Denver, for the state of Colorado…. They are a smart industry, they are smart businesses, and they will go where they are fully appreciated."

After President Obama designated the 1.3 million-acre Bear Ears area as a national monument, Utah's political leadership, including Republican Governor Gary Herbert, fought hard to rescind its protected status. In response, prominent recreation companies — including Patagonia and Arc'teryx — planned to boycott the convention, which has been in Salt Lake City since 1996.

Roberts says that Bear Ears was a “flashpoint” for the tension between the outdoor industry and Utah government. “I think the bottom line is, when we have companies that say they are not going to attend the show anymore because they feel that Utah doesn’t reflect their core values, they are going to vote with their dollars,” says Roberts. “And that is what we saw happening there.” 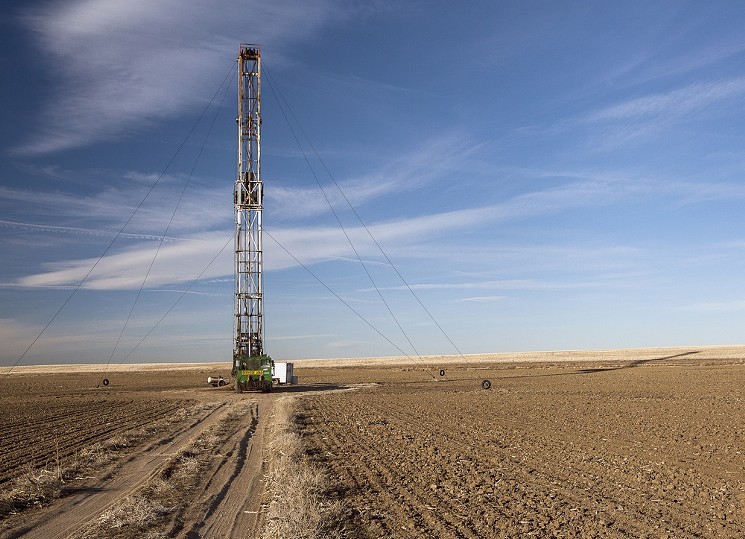 Shutterstock
That’s why it is so important for Colorado to remain committed to protecting public lands, says Roberts, who adds that the OIA may oppose oil and gas development on specific BLM lands in Colorado used for hiking, biking, climbing, fishing and other outdoor activities.

The BLM is already required by federal law to hold quarterly sales of land to oil and gas companies, who apply to "lease" and drill on the land. Zinke’s order last week directed the BLM to speed up this review process, in which the environmental impact of drilling is taken into account, to reduce the barriers that oil and gas companies may have to overcome before drilling on public land.

However, the Colorado office was not one of the five BLM state offices that Zinke said were lagging behind in application reviews. In fact, in the 2016 fiscal year, the Colorado BLM issued 115 leases — the second-most of any state — covering over 10 million acres. Of that land, 1.5 million acres actually produced oil or gas that year, the third-most of any state in the country.

In a statement, a spokesperson for the Colorado BLM office wrote that compliance with the order means "prioritizing energy work for staff and resources."

The move was applauded by Kathleen Sgamma, president of the Western Energy Alliance, who believes that the order will result in more drilling on public lands in Colorado.

"We’re pleased that the administration is moving forward on development on public lands," says Gamma, who adds that oil and gas operators work with state and federal regulators to ensure protection of recreation areas and that oil and gas has co-existed with recreation for years on the Western Slope.


The pivot toward drilling may threaten the billions pumped into the economy by Colorado's outdoor industry at a time when the Outdoor Retailer move is expected to bring a wealth of economic benefits.

The pivot toward drilling may threaten the billions pumped into the economy by Colorado's outdoor industry at a time when the Outdoor Retailer move is expected to bring a wealth of economic benefits. The convention is expected to bring 85,000 people to Denver during two four-day events — one for summer sports and one for winter — and deliver $110 million in taxable revenue annually over the five years of its tenure in Denver. However, the OIA estimates that the recreation economy already accounted for $2 billion in taxable revenue and $28 billion in consumer spending during 2017.

Much of that recreation in Western Colorado takes place on BLM land, which has relatively few restrictions on camping and fishing and manages dozens of wilderness areas across the state specifically for recreation.

The BLM’s multiple-use mandate has proved challenging to execute in specific areas, especially in northwestern Colorado. In 2015, a years-long legal battle waged by the conservation group Earthjustice prevented what was at that time the largest BLM lease auction in the lower 48 states. Seventeen of nineteen leases on the Roan Plateau, known for its hiking and fishing, were canceled and $46 million returned to a Denver-based energy firm that had paid for the leases.

In that deal, which was brokered by Governor Hickenlooper and then-Secretary of the Interior Sally Yates, the environmental impact of the drilling sites and the economic benefit of recreation tourism were put first. But under the Trump administration, Zinke’s resolve for American energy independence may put Hickenlooper in a tough position when it comes to balancing energy, conservation and recreation.

Nichols believes that conservationists cannot trust the governor to protect public lands from oil and gas interests. Just weeks ago, WildEarth Guardians sued the BLM over the lease of 400,000 acres in Colorado, Wyoming and Utah in 2015 and 2016, which includes parts of the Pawnee National Grassland in northeastern Colorado. If successful, the lawsuit would likely stop all oil and gas leasing on public lands.