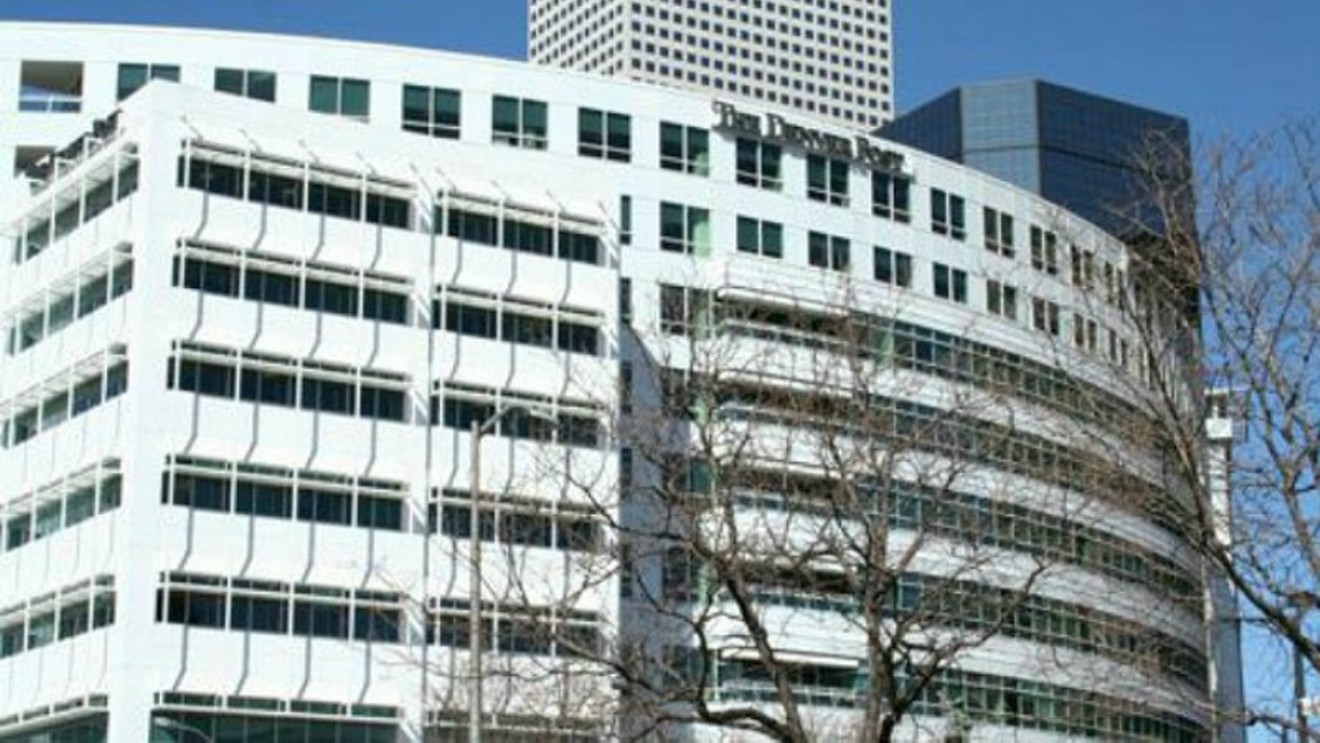 The current Denver Post headquarters building. Photo by Michael Roberts
Update below: The Denver Post plans to move its main newsroom out of its iconic Denver address, at 101 West Colfax Avenue, to the newspaper's printing facility — in Adams County, at the intersection of 58th Avenue and Washington Street.

This shift was confirmed to the Post's staff yesterday by publisher Mac Tully following the release on Friday, May 5, of information about the subject during hearings related to a lawsuit filed by the newspaper against three former employees, Reid Wicoff, David Staley and Nicole Brennan, over so-called advertising trade secrets. The resulting scoop offers evidence that despite deep staff cuts in recent years, there's still plenty of good reporting being done at the Post — although in this case, the paper was the subject of the inquiry.

Jon Murray, the Post's city hall reporter, was the first to publicly share much of the information about the impending relocation, using his Twitter account to do so. The first tweet in a string about the development, issued at 10:30 a.m. on Monday, May 8, reads: "We at @DenverPost have a 'town hall' this morning — to fill us in on news we might be moving out of downtown (came out in court Friday)."

Here are the tweets from Murray that immediately followed:


Our publisher has pivoted from "considering" to it's happening: @denverpost's remaining presence downtown will go to Adams County plant.

Details being worked out. Newsroom will move, too. There may be "small office" somewhere downtown for (people like me?) w/ work needs here.

Timeline? @DenverPost move out of Denver (most of it) probably will happen by end of the year, Publisher Mac Tully says.

Our downtown bldg is expensive, of course. But no way to present @DenverPost move out of county as anything other than sad, frustrating. 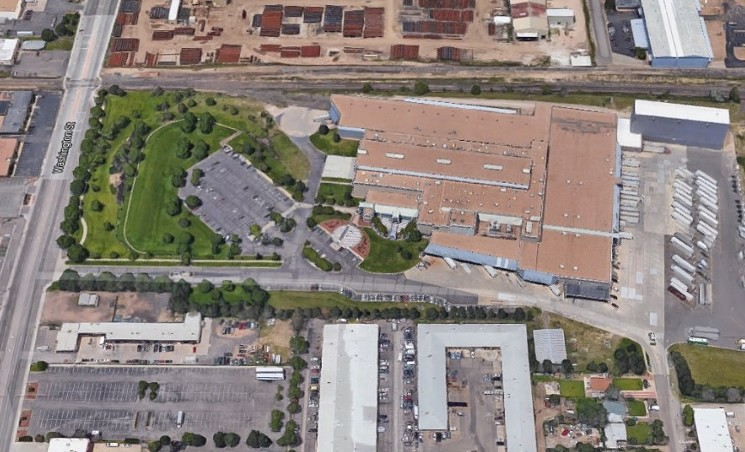 The Denver Post newsroom and most of the staff will be moving to the paper's Adams County printing plant, near the intersection of 58th and Washington.
Twitter via Jon Murray
At that point, Murray added an aside: "I'm getting some profanity-laced reaction on DMs from outside The Post. They're not wrong."

Granted, the Post's decision to abandon its current HQ makes tremendous economic sense. Given the downsizing of the editorial staff (it's fallen from 300 to around 100 over the past five to ten years), a lot of the space in the building wasn't being utilized — and the property is worth a mint in the current booming real estate market. But the move is freighted with symbolism. The idea that Denver's daily newspaper will no longer be based in Denver proper is sure to strike longtime subscribers and news consumers as a further indication of the broadsheet's decline.

Later in the conversation, Murray offered another angle on the impending journey to Adams County, tweeting, "On the positive side, no big layoffs are planned, unlike in each of last several years, publisher says. Maybe some small targeted cuts.... Also, 2017-18 budget plan (not yet finalized) apparently will include some 'investments' in things like politics coverage."

But even the Boulder Daily Camera's Matt Sebastian found it difficult to see the good in the Post's latest news. His tweet on the topic: "Digital First Media in Colorado: @TimesCall moves out of Longmont, @reporterherald leaves Loveland. Now @denverpost moving out of Denver."

Update: As part of our reporting about the Denver Post's impending move, we requested an interview with publisher Mac Tully. In response, he submitted the following statement:


I can confirm that The Denver Post will move the majority of its news and advertising staff to our offices on Washington Street. While we would like to stay in our current building, the move offers a considerable cost savings during this difficult period in the newspaper industry and allows us to keep the most important part of our content generating resources in the newsroom and advertising: the people.

It is our intent to maintain a downtown office space so that our reporters and photographers can respond quickly to the news.

In a follow-up e-mail, Tully wrote: "I would only add that the move helps preserve the experience and value proposition for our readers and advertisers."