A "Coming Soon" sign at a property listed by Karen & Company Realty. Photo by Michael Roberts
Thanks to Denver's red-hot real estate market, more and more people trying to buy a home in the metro area are finding themselves in bidding wars, resulting in offers that frequently blow past the property's listed price. The incredible demand, as well as the speed with which purchases are being made, explains why some real estate agents have started putting up "Coming Soon" signs on houses before changing them to "For Sale."

One example is Karen Mistrot, the woman behind Karen & Company Realty, whose firm specializes in south Denver listings. Corresponding via e-mail, Mistrot notes that she's been using "Coming Soon" signs "for many years," but they really help now, "as there are feeding frenzies on some houses.... I don’t want a buyer to feel like they have to settle on a house two streets over because they have no idea that my listing is about to come on the market."

The "Coming Soon" practice has become so common, Mistrot, adds, that Colorado's Division of Real Estate "has issued guidelines about it" in an effort to prevent unscrupulous agents from trying "to sell [a house] themselves before it hits the market."

Scott Grossman, who chairs the board for the Denver Metro Association of Realtors, the largest such organization in the city, concedes that "there are ethical ways" of using "Coming Soon" signs, unlike "agents who are out there using it to their personal advantage, as opposed to representing their clients in the best light."

For the most part, though, Grossman sees the "Coming Soon" approach as "a great marketing tool. In a tight inventory, you put it out there and you're getting calls right away, whether they're from other agents or from buyers who've put in ten offers and have been beaten out every time. They're scratching and clawing and trying to find whatever advantage they can. It can build excitement about the property: 'Something new is coming out, so be watching for it!'"

That sums up Mistrot's approach. "I just want to drive up the interest, so when it goes 'live,' everyone wants to see it at once," she notes. "Plus, I just don’t know what kind of offers are out there until I open it up to the entire public. So it’s only fair to the sellers to see what will happen when everyone possible knows about the house." 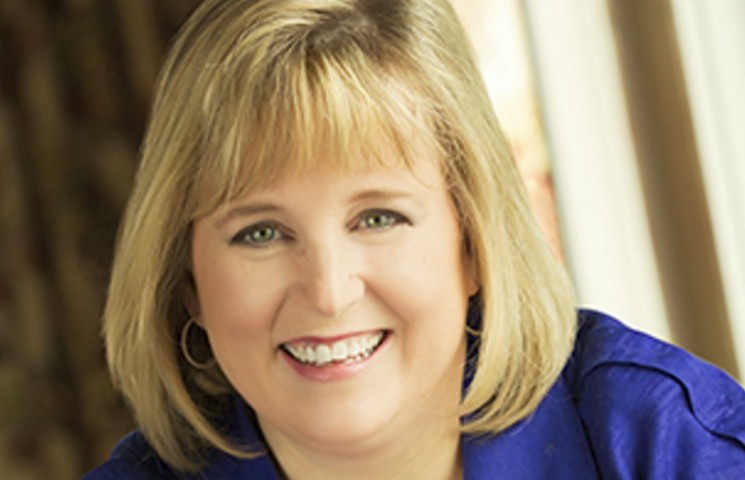 Karen & Company's Karen Mistrot.
southdenverdigs.com
Mistrot describes the current market in Denver as "very hot, but frustrating. Lots of buyers, not enough sellers. Inventory is at an all-time low." As a result, she's regularly receiving offers above the asking price for listings "if they are under $500,000."

Other agents are having similar experiences, Grossman confirms. "For houses at that lower mid-range price point — $250,000 to $400,000 or $500,000 — they're going fairly quickly, often with multiple offers at or above the asking price."

Some of these offers are coming from people who haven't actually visited the homes in question. That represents danger in Mistrot's view. She stresses that "we don't allow showings prior to the house being live in the MLS" — the acronym for multiple listings service — "and we always suggest that they see the house. From a seller's perspective, it’s a risk to sell to a buyer who hasn’t seen the house and won’t until we are under contract."

Grossman elaborates on this point. Local real estate agents have been seeing bids for properties from people who haven't actually seen them "for a little while now — especially buyers who are coming in from out of state, who are somewhat at a disadvantage. There's no luxury of being able to fly in and look at a house next week, because most likely it will be long gone by then. So they see a listing come on the market and put in the highest bid — but then, over the next week or two, something happens and they back out of the deal. Some of them have buyer's remorse, thinking, 'Maybe we're paying a little too much for this. Let's get out.' Or maybe there's an inspection issue that might cause them to second-guess. And there's more risk of that happening from people who haven't walked through it and actually seen it."

Today's online real estate listings tend to be festooned with photos and, on many occasions, tools that allow potential buyers to take a virtual tour of the property. "But even with as good as technology is, there's still something about being able to walk through a house in person," Grossman acknowledges — and if a buyer hasn't done so, he's more apt to bail.

Agents and sellers may be irritated when deals fall through, but thanks to the scorching nature of the current market, such developments don't usually lead to disaster. As Grossman says, "We're seeing properties come on the market a second time — but they generally go under contract again fairly quickly."

In other words, those "Coming Soon" signs could just as well be changed to "Going Soon."