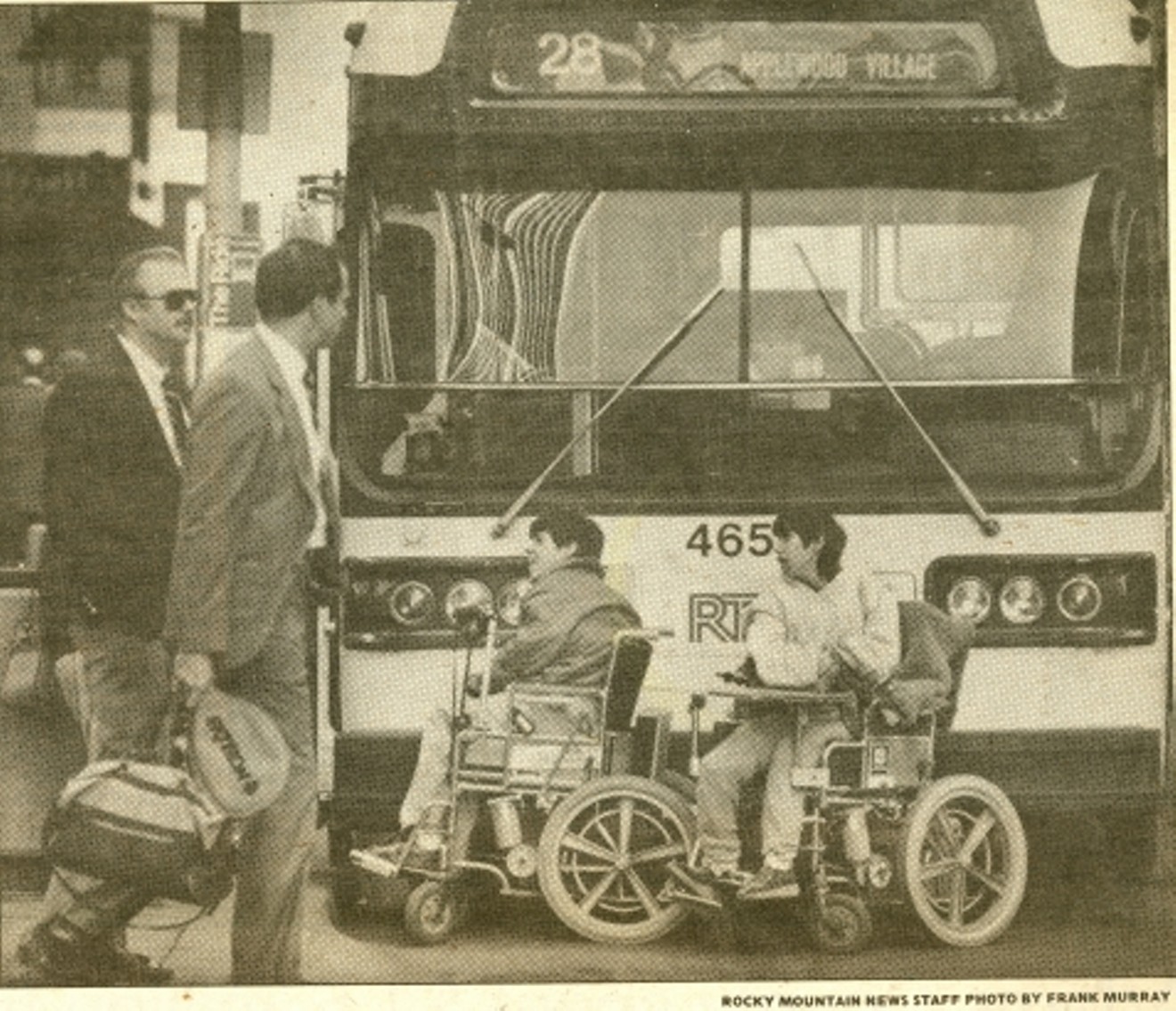 ADAPT members block a bus with their wheelchairs to protest RTD buses on February 15, 1985. Courtesy of Denver Public Library
It began with a bus driving along its route back in July 1978. The driver had stopped at the intersection of Colfax Avenue and Broadway to pick up more riders. But before he could continue on his route, people in wheelchairs rolled in front of his vehicle. Minutes later, another bus traveling on the same route pulled up behind him, and more people in wheelchairs stationed themselves behind the second bus. Both buses were unable to move, and traffic in the heart of downtown Denver came to a standstill. The buses spent the next 24 hours locked in place while the protesters chanted, “We will ride!,” a slogan that changed history forever.

The nineteen protesters who took to the streets on that day forty years ago this week later became known as the Gang of 19. They eventually achieved their goal of gaining wheelchair accessibility for all buses in Denver and sparked a nationwide movement aimed at equipping public transportation and facilities with ramps, elevators and other modifications to accommodate people with disabilities.

At 6 p.m. on Thursday, July 5, activists will gather at Colfax and Broadway to pay their respects to the Gang of 19 who came out that day and refused to move. The lone surviving protesters, Bobby Simpson and Linda Andre, will be in attendance.

Back in 1978, most of Denver's buses were not wheelchair-accessible, especially not for people with disabilities on fixed incomes who lived in assisted-living facilities and relied on public transportation, says Barry Rosenberg, co-founder of Atlantis Community, an independent-living center for people with disabilities, who organized the protest forty years ago. Not only were there very few buses that could accommodate wheelchairs, but the cost was prohibitive. And a round-trip journey to the grocery store in a private vehicle would have cost four or five months’ allowance for some seniors in nursing homes. 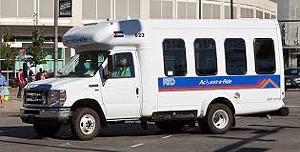 At the time, the Regional Transportation District had only ten wheelchair-accessible buses, which meant that it could take upwards of six hours to travel around the city, according to Rosenberg.

Attorney John Holland had filed a lawsuit in 1977 on behalf of Atlantis against RTD, arguing that 213 buses, or approximately one-third of the fleet, should be fully accessible to people in wheelchairs. “We used to say, ‘We put people on the moon, so we can probably put lifts on buses,’” Holland recalls. But the district court ruled against Atlantis.

Led by Wade Blank, a Presbyterian minister who was the co-founder of Atlantis, the demonstration that followed on July 5 and 6, 1978, captured media attention, and the pictures of men and women in wheelchairs standing off against the buses became a national sensation.

“The Gang of 19 started shocking the world. It was the beginning of a protest that was nationwide in scope,” Holland says.

Holland and Atlantis appealed and settled with RTD, and the transportation agency agreed to retrofit all 213 buses with wheelchair lifts. 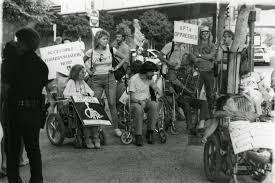 Following that major legal victory, Americans started to become more aware of the lack of opportunities for people with disabilities, which led Congress to pass the Americans With Disabilities Act in 1990. The ADA prohibits discrimination against individuals with disabilities in all areas of public life.

But for the local activists honoring the Gang of 19 this week, the fight for equality rages on.

"I think a lot of people see that we're celebrating and remembering, but it's not over," says Paige Gallaher, an independent-living manager at Atlantis.

Dawn Russell, head of the Colorado branch of the advocacy group Americans Disabled Attendant Programs Today, better known as ADAPT, says advocacy groups are still very active in the fight for equality. Last summer, members of ADAPT held a sit-in at Senator Cory Gardner's Denver office, demanding that he vote against a GOP health-care bill that would have replaced the Affordable Care Act. Russell, who participated in the sit-in, says she's been arrested more times than she can count. “I was arrested eight times last summer alone,” she notes. This week, Russell and her colleagues are meeting with the Colorado Public Utilities Commission to discuss increasing the amount of Uber and Lyft ride-share cars that are equipped to transport those with disabilities.

All of these initiatives build on the legacy of the Gang of 19, Russell says: “The best way to honor them is to keep doing the work.”
KEEP WESTWORD FREE... Since we started Westword, it has been defined as the free, independent voice of Denver, and we'd like to keep it that way. With local media under siege, it's more important than ever for us to rally support behind funding our local journalism. You can help by participating in our "I Support" program, allowing us to keep offering readers access to our incisive coverage of local news, food and culture with no paywalls.
Make a one-time donation today for as little as $1.