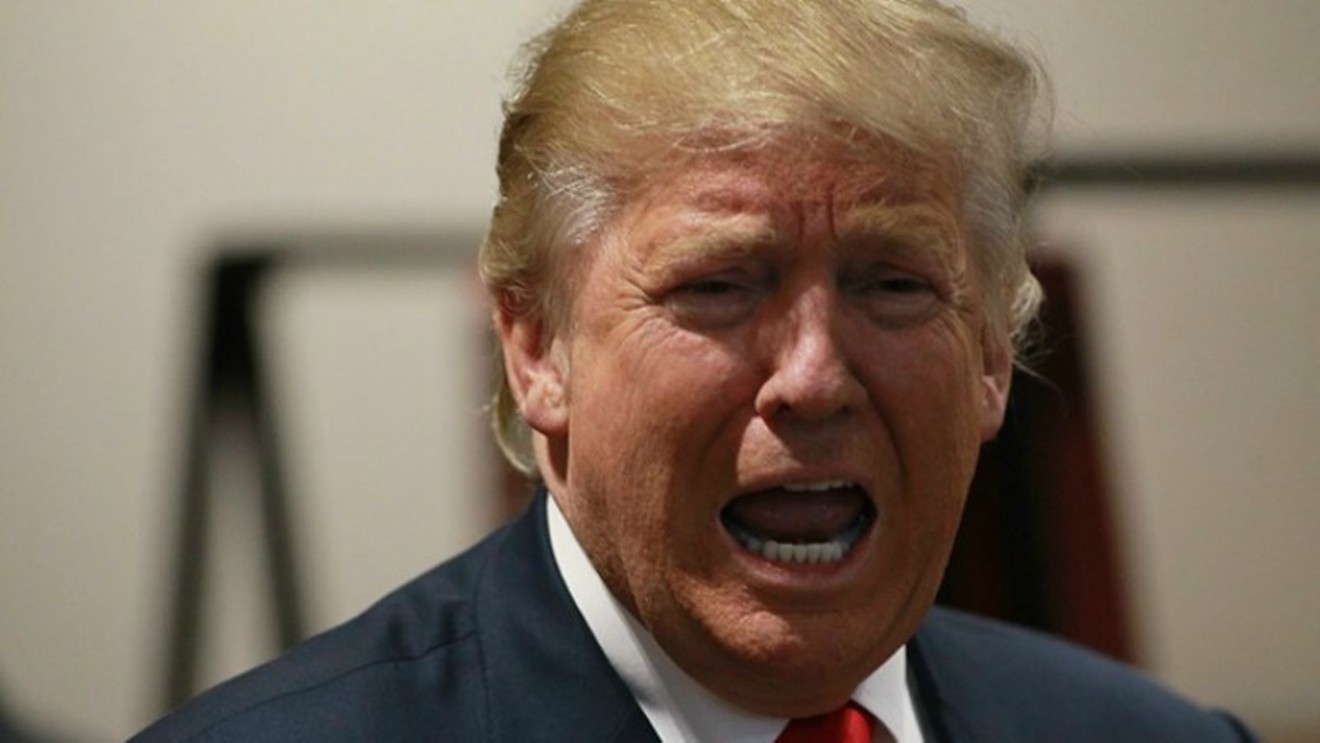 Donald Trump in full cry. Photo by Brandon Marshall
Yesterday, President Donald Trump inadvertently presented a dilemma for U.S. media outlets, whose executives had to decide how they should report about him calling certain African nations "shithole countries" during a January 11 meeting with senators over immigration policy. In the end, many national outlets went into the shithole with Trump, while plenty of local TV stations, including numerous ones in Denver, did not.

Some major news purveyors exhibited caution. This morning, for example, a National Public Radio report referred vaguely to a term that could result in radio station fines if broadcast — an interesting assertion, since it's hard to imagine the FCC lowering the boom on any outlet for accurately quoting the President of the United States (though Trump has now denied the "language used" on Twitter).

Last night, in contrast, both CNN and MSNBC actually spelled out "shithole" in graphics that lingered on screen during long segments spent discussing the potential fallout from this particularly impolitic turn of phrase.

Hilarious side note: National Review editor Rich Lowry, a CNN contributor, insisted in one bantering session that what Trump actually said was "shithouse," not "shithole." Based on today's coverage, his assertion hasn't caught on.

Locally, the Denver Post actually used "shithole" in the headline of the reprinted Washington Post story that revealed the comment in the first place, and 9News's website sports a USA Today article that spells out the word, too. Moreover, a source tells us that someone on KOA radio said "shithole" during the pre-dawn hours.

However, Denver7 went with dashes ("s—-hole"), and both CBS4 and Fox31 opted for asterisks ("s***hole"). And at this writing, we haven't heard a news anchor at any local TV station actually speak the word.