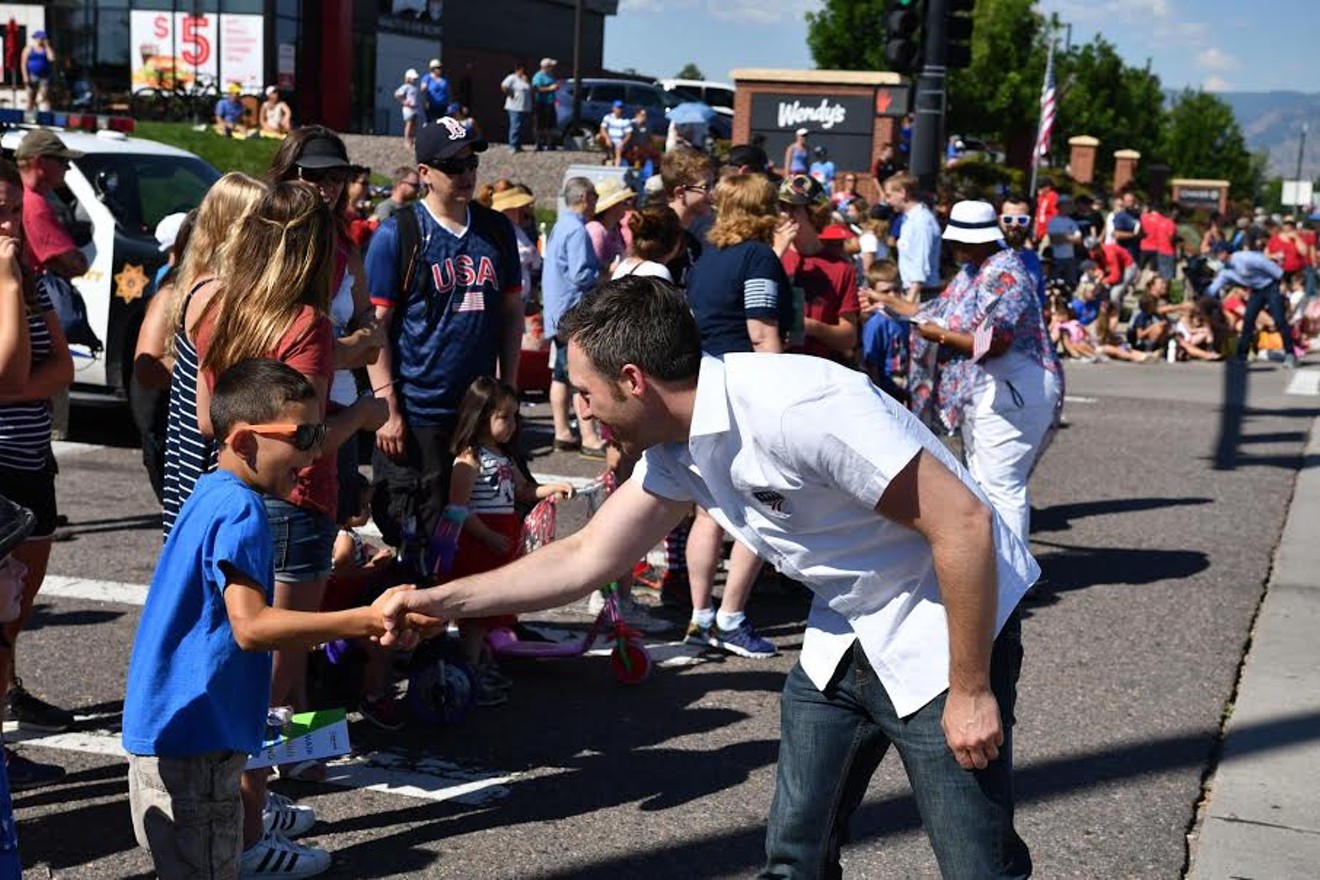 Tillemann comes from a long line of storied politicians in Colorado. Courtesy of Levi Tillemann
Hailing from a distinguished political family and armed with impressive qualifications of his own, Levi Tillemann's entrance into the 6th District Democratic primary last summer raised eyebrows and generated party fears of in-fighting prior to the general election against five-term Republican incumbent Mike Coffman.

But Tillemann's campaign appears to be teetering on the edge of irrelevancy after a stretch of disappointing fundraising and being overlooked for a key endorsement earlier this month.

Tillemann's latest setback came when the Sierra Club of Colorado endorsed his rival, Jason Crow, the favorite to win the June primary. An ex-Obama-era energy adviser, Tillemann has written a book on clean-energy cars and appeared likely to earn such an endorsement.

For Crow, an ex-Army Ranger who has received the backing of most of the local and national Democratic Party, this could be an added boost in uniting the Democratic field behind him for the June primary.

"[Tillemann has] run a race that’s attracted minimal support from political endorsements [and that has] been plagued by lackluster fundraising," says a local Democratic operative, who wishes to remain anonymous. "Further, what I hear from people in the district is that when they meet him, they’re not particularly impressed, [and] they don’t walk away with a great impression. He seems to be pretty negative. When you combine the lack of fundraising with the fact that he hasn’t spent a lot of time in the district and doesn’t have a political base, it seems like he has a lot of obstacles to compete in this primary, and I don’t see a path to victory for him."

It's unlikely that Tillemann made any additional Democratic friends after a scathing interview with Colorado Politics in which he lambasted the Sierra Club's endorsement of Crow as "bought."

“The Sierra Club is endorsing a white-collar criminal-defense lawyer who has literally defended frackers?," Tillemann mused, referring to the firm Crow works for, Holland & Hart, which represents an oil company charged with killing migratory birds in North Dakota in 2011. "I’ve spent my entire life building out the clean-energy agenda. Some endorsements are won. Others are bought. Clearly, this falls into the second category.”

Crow had a roughly four-to-one fundraising advantage on Tillemann through the end of 2017, which is particularly important in primary races, where advertising dollars help with name recognition in down-ballot races.

"Money does matter," says Eric Sondermann, an independent Colorado-based political analyst. "For somebody like Tillemann to mount a primary threat, he either needs money or he needs a catalyzing issue. He clearly doesn't have money, and he has yet to show me that he really has a catalyzing issue that's going to mobilize the party."

There is no publicly available polling on the primary, and Tillemann didn't return multiple requests for an interview.

A less intense primary challenge in the district would be welcomed by Democrats, who are hoping a more favorable national environment for the party coupled with Donald Trump's unpopularity will give them their best shot at overtaking Coffman's seat since redistricting in 2012. Aurora lawyer David Aarestad and activist Erik Stanger are also running in the Democratic primary field against Tillemann and Crow.

"All the powers-that-be in the [Democratic] party clearly want to unite behind Crow," Sondermann says. "Tillemann, I think, is trying to ride an insurgent wave, an anti-Democratic-establishment wave. That will carry him some distance. Color me dubious that'll be enough to carry him over the top."