Mason Tvert on Why He's Leaving the Marijuana Policy Project 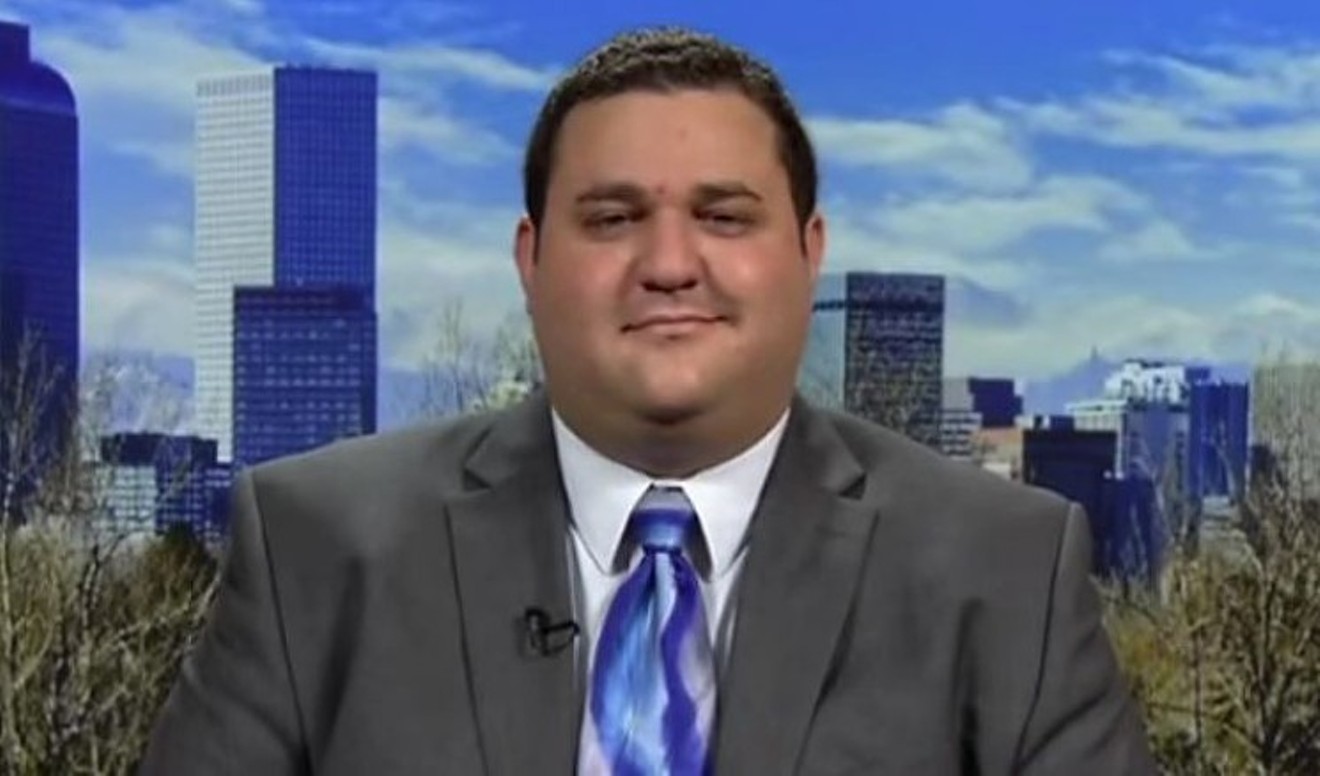 Mason Tvert during an appearance on MSNBC. File photo
Mason Tvert, a key figure in the passage of Amendment 64, the 2012 measure that legalized limited recreational marijuana sales, and the Denver pot-legalization regulation that preceded it, is leaving his post as communications director for the national Marijuana Policy Project in favor of a similar position at VS Strategies, a Denver-based consulting firm that's become a national powerhouse.

Tvert adds that "I’m pretty sure our time working together is not over and I’m looking forward to joining forces with MPP on future projects" — but "it's really just a matter of it being time for something new."

According to Tvert, "I'm interested in working on some different aspects of the issue. VS Strategies" — whose initials refer to firm principals Brian Vicente and Christian Sederberg — "is working with cannabis businesses, trade associations and even governments to develop effective cannabis policies and to tackle issues that are coming up in the world of legal marijuana that hadn't previously existed."

For example, he goes on, "one thing I'm particularly interested in is education about responsible consumption. We were fortunate enough to receive funding at the Marijuana Policy Project for that specific purpose with the Maureen Dowd billboard that we did, but it wasn't the primary mission of the organization or something I was able to spend a lot of time on. In this case, I can certainly pursue that and hopefully find clients who are interested in that kind of project."

Tvert at a 2015 protest. In the foreground on the left is VS Strategies principal Christian Sederberg, while his cohort, Brian Vicente is in the background at the top right.
Courtesy of the Marijuana Policy Project
In addition, he expects to continue efforts to spread marijuana reform to more states — a significant challenge given the chilling hints of a legal cannabis crackdown coming from Attorney General Jeff Sessions and other members of the Trump administration.

"We'll continue to support efforts to change marijuana laws in states and localities that have yet to move forward like Colorado has," Tvert stresses. "I'll be sharing the lessons we've learned about the process of developing these laws and the strategies. There are battles being fought right now in state legislatures, but also in the media, and it's important that the right language is being used to discuss the issue and that people are being clear about what we want to accomplish and how we intend to accomplish it. And we have a track record of success here in Colorado that can be applied to other states and communities."

As a bonus, Tvert may be able to branch out beyond marijuana. "Because I'll be working for a government-relations and strategic communications firm, as opposed to a marijuana-policy advocacy organization, there's more flexibility to work on a broader range of issues," he says.

That would definitely be a change — but while he'll be departing from the Marijuana Policy Project in July, don't expect him to leave cannabis reform behind.