Update: Inside the "Unprecedented" Ski-Lift Accident That Killed Kelly Huber 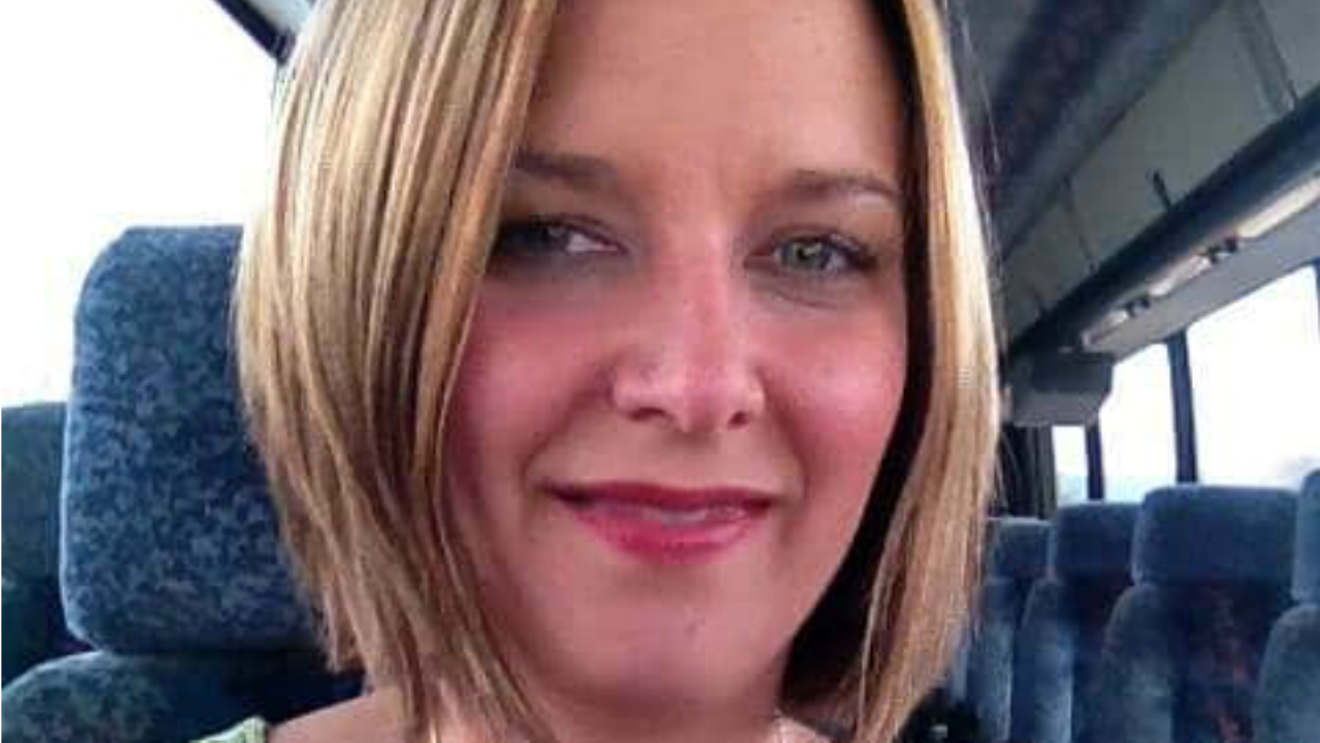 Kelly Huber Facebook
Update: A just-released report about the ski-lift accident that killed San Antonio mom Kelly Huber in December 2016 reveals that the culprit was an electronic drive whose failure raises concerns that go well beyond this single incident. Indeed, the 151-page document notes that "due to the unprecedented nature of this dynamic occurrence, continued investigation/analysis of this event will likely continue for years."

As noted in our previous coverage, on view below, Huber fell to her death from Granby Ranch's Quick Draw Express lift on December 29 of last year; she is one of fourteen people to have died as a result of accidents at a Colorado ski resort this season. Huber's two daughters, ages nine and twelve, were also injured. Early speculation suggested that the accident may have been caused by the children swinging or rocking the chair, but that was dispelled in early January thanks to a preliminary investigation overseen by the Colorado Passenger Tramway Safety Board that zeroed in on a mechanical error.

The full report fleshes out this analysis in ways that are likely to worry skiers everywhere. The conclusion notes that "electronic drives are not manufactured specific to ropeways. In fact, the same drive may be used in hundreds of other industries, from paper mills and food processing to gravel quarries. In addition, each lift is a one-of-a-kind, unique in its design, vertical profile, length, tower spacing, tower sheaves, carrier spacing and type of carrier-detachable or fixed grip. As a result, there are no 'standard' settings for the drive, but rather a recommended range of settings for the drive to power a lift. The purpose of 'tuning,' or 'fine-tuning,' a drive during installation is to find the right combination of drive parameter settings to optimize the lift performance under operational conditions. It appears the new drive was not comprehensively tuned to this particular lift during installation."

The report adds: "It is the conclusion of the investigation team that the selected tuning of the drive combined with the natural harmonics of the lift system, along with rapid speed changes, caused the rope instability resulting in Carrier 58 contacting Tower 5. The selected tuning of the drive resulted in oscillations of the drive bullwheel torque. The rapid periodic changing of the applied torque caused rope instability (surging) that was amplified by the natural lift dynamics. This rope surging is greatest near the bottom terminal where the tension is lowest. In this case, the maximum instability (rapid speed change) appears to have occurred as the lightly loaded Carrier 58 approached Tower 5. Witness statements confirmed that the carrier was swinging as it approached the tower. The combination of rapidly changing rope speed amplified the lateral swing to the point that the carrier struck Tower 5."

The Granby Ranch resort has received no state or federal discipline for the accident thus far, and given the exceedingly unusual factors at play, that may remain the case. In the meantime, the report's authors offer ten recommendations based on their findings, related to "Tuning a drive," "Acceptance testing," "Speed change time delay/Speed command delay," "Stop time delay/Stop command delay," "Monitor return bullwheel parameter," "Analog Drive Modifications," "Potential drive modification conflicts," "Acceleration/Deceleration and overspeed monitoring," "Tuning an Electronic Drive and Licensure," and, finally, the use of a "'black box' recording device for all aerial lifts for data collection of stops, starts, speed changes and any parameters that have significant dynamic effects on the haul cable."

Clearly, the accident could have broad ski-industry repercussions for years to come.

Click to read the complete Colorado Passenger Tramway Safety Board report about Huber's death. Continue to see the Granby Ranch statement about the document, followed by our earlier reporting.


Granby Ranch is reviewing the report released...by the Colorado Passenger Safety Tramway Board on the incident at Granby Ranch on December 29, 2016. This is a 151 page report that deserves careful review. Granby Ranch continues to comply with all Tramway Board directives. We would again like to offer our condolences to the Huber family for their loss. Granby Ranch is committed to the health and safety of its guests.

Update, 5:25 a.m. January 10: The fatal ski-lift fall of San Antonio mom Kelly Huber, included in our recent roundup of ten Colorado ski accidents that made national headlines, wasn't her fault, according to a new report from the Colorado Passenger Tramway Safety Board.

According to the document (on view below along with a statement from the Granby Ranch ski area, where the incident took place), "issues within the chairlift's electrical drive/control system...contributed to a rare dynamic event" that led to the tragedy, in which Huber's two daughters, ages nine and twelve, were also injured.

Here's a video showing the lift in question.


After the accident, an investigative team determined that Huber, forty, and her daughters were in chair number 58 on the lift when it "struck support tower number five and the occupants were ejected or fell from that chair...approximately twenty-five feet onto hard-packed snow."

The latter survived; the twelve-year-old was treated and released from a local hospital, according to the Summit Daily, while her younger sister was airlifted to Children's Hospital in Denver for care.

Huber, however, didn't survive her injuries. 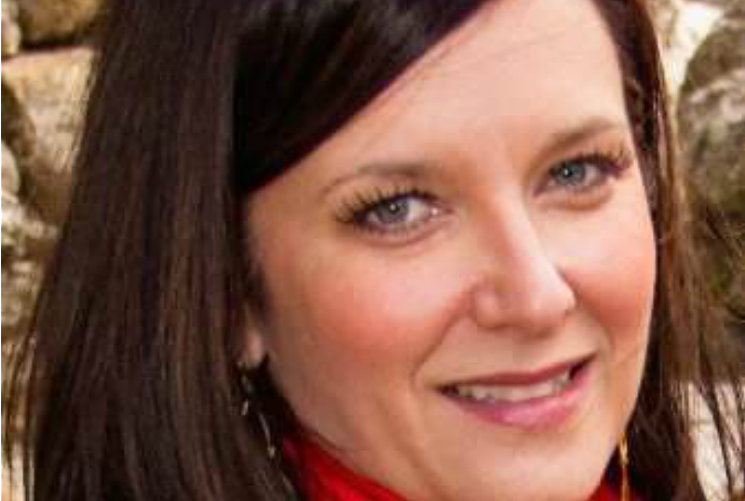 Kelly Huber
LinkedIn
The aforementioned Colorado Passenger Tramway Safety Board report makes it clear that "environmental factors, weather and the occupants of Chair #58 did not contribute to the cause of the incident" — meaning, presumably, that the chair didn't strike the support because its occupants had been rocking or swinging it.

Instead, a mechanical problem appears to have been the cause — and while the lift is reopening today, it will do so under "specific conditions and limitations" outlined in the document.

"Operator will disconnect the electrical drive from the lift. Operator will operate the lift with the diesel prime move only," the report states, adding, "Operator will increase surveillance and inspection of the lift."

In its statement about the lift reopening, also shared here, Granby Ranch stresses that the device underwent multiple inspections last month before beginning operations for the season. "Granby Ranch has followed all prescribed protocols in operating the lift," the operator maintains. "There is no indication at this stage of the preliminary investigation that the original lift installation contributed to the incident."

This note follows an acknowledgement of the Huber family's loss: "Granby Ranch would again like to extend its condolences to the family of our guest who lost her life, and her family members who were injured in this tragic event."

Continue to read the complete Colorado Passenger Tramway Safety Board report, followed by the Granby Ranch release about the lift's reopening, issued on Monday, January 9.

Granby Ranch announced today that the Quick Draw Express lift will resume operations on Tuesday, January 10th. As of tomorrow, 100% of the ski area’s terrain will be open to skiers and boarders. This follows agreement between Granby Ranch and the Colorado Passenger Tramway Safety Board on an Interim Operation Agreement. The lift has been closed and was under inspection following an incident on December 29th. Granby Ranch would again like to extend its condolences to the family of our guest who lost her life, and her family members who were injured in this tragic event. Granby Ranch places the highest value on the safety of our guests and the safe operation of all lifts and equipment at the resort. This is the first incident of its kind that the resort has experienced in 22 years of operation. The Quick Draw Express has been operating safely at Granby Ranch over the 16 seasons since its installation. Granby Ranch strictly adheres to all policies, procedures and regulations for safe lift operation.

The Colorado Passenger Tramway Safety Board, along with the lift’s manufacturer and other experts concluded a detailed inspection of the lift on January 4th. The Board then took five days to review the findings of inspectors. The lift has been reopened subject to terms of the Interim Operation Agreement. A final report on the investigation will be delivered by the Tramway Board at a date to be determined by the board. The Tramway Board inspects and licenses all ski lifts in the state and certifies their safe operation.

Prior to the start of this ski season, the Quick Draw Express lift was load-tested on December the 5th. On December 8, 2016, the lift was inspected and licensed by the Tramway Board. Granby Ranch began operation of the lift on December 16 with the start of the ski season. Lift protocols for operation of the lift were determined by an outside engineering expert at the time of certification. Granby Ranch has followed all prescribed protocols in operating the lift. There is no indication at this stage of the preliminary investigation that the original lift installation contributed to the incident.

Granby Ranch is a four-season mountain community located 90 miles west of Denver where families ski, bike, golf, fish and live in the heart of the Colorado Rockies.