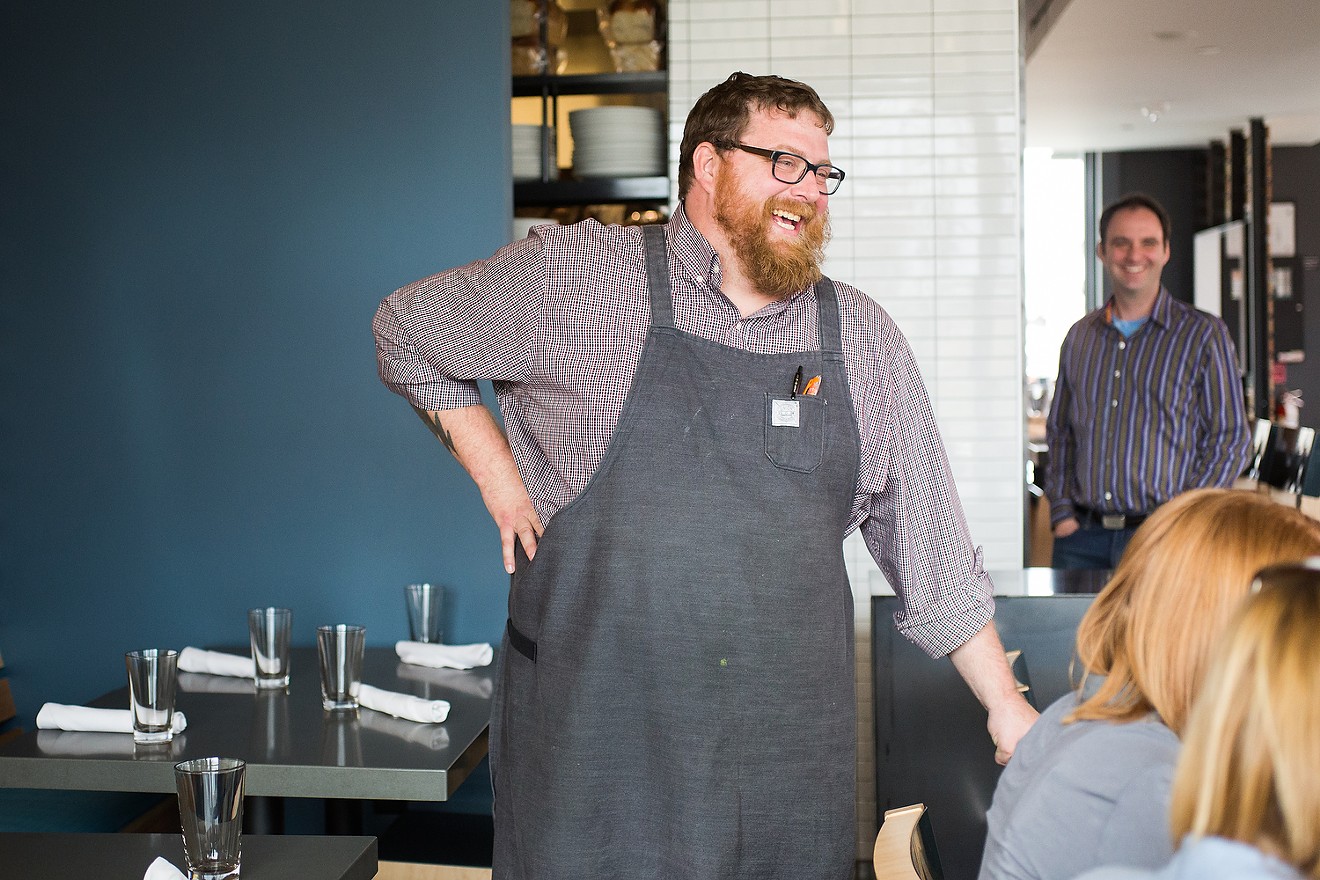 Denver chef/restaurateur Justin Brunson should be a natural in front of the camera. Danielle Lirette
The nation's food lovers are taking more notice of what's going on in Denver restaurants. Prime evidence: chef/restaurateur Justin Brunson — of Old Major, Masterpiece Deli and Culture Meat & Cheese fame — now has his own Food Network show. Like his restaurants, the show, called SEARious Meats, will focus on meat — lots of it, prepared by Brunson's friends and colleagues in Denver and around the country.

The chef says he's been thinking about jumping into television for a few years but was waiting for the right opportunity. "We were going back and forth for about five years," Brunson says about his conversations with the Food Network. He wasn't interested in doing one of the competitive-cooking shows, so instead told the network he'd sign on "if I had my own show and could talk about something I like and am passionate about."

And now that show is a reality, at least for one episode. A pilot for SEARious Meats was shot in Denver, and if ratings are good for the premiere, producers will shoot more episodes. "This is totally different than anything I've ever done," the chef adds. In fact, he had to hire an agent to handle the business side of getting the episode done and working out future arrangements.

Here's the description of SEARious Meats from the Food Network's website:

Renowned carnivore and chef, Justin Brunson, ditches his restaurants for the road and a mouthwatering mission. Join him city-by-city as he steps into the protein-rich kitchens of some SEARious meat savants, to taste and celebrate their savory creations.


"It's not just about about me — it's about people I know and like cooking some cool pieces of meat," Brunson explains. During the shooting, he visited restaurants and shops around Denver to highlight what's happening in the food scene here — from charcuterie to bacon, barbecue and steaks.

The pilot, titled "Cowtown to Chowtown," debuts on the Cooking Channel at 8 p.m. Wednesday, October 18, and then will run on the Food Network on Friday, October 20, at 4:30 p.m.