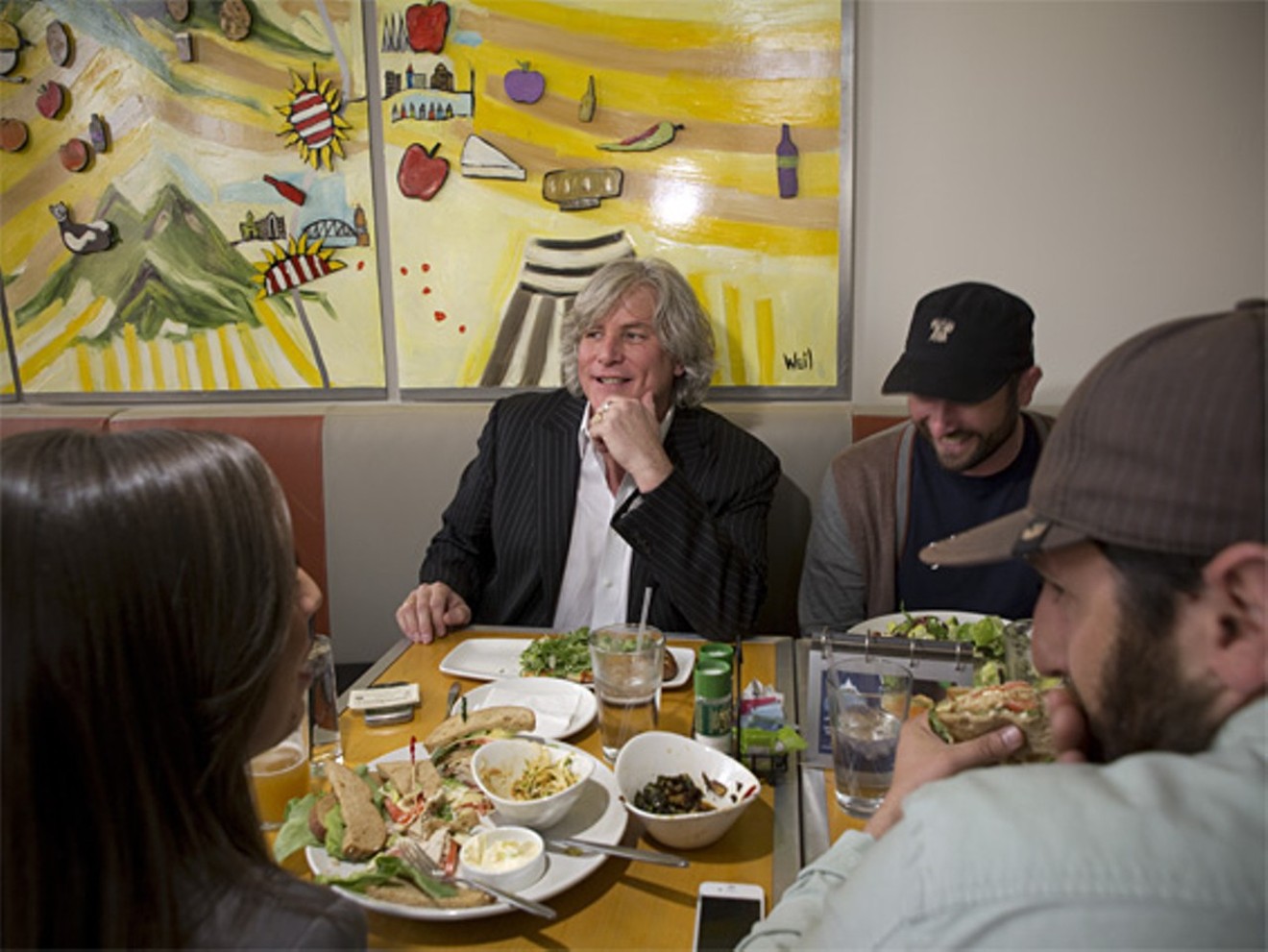 Tom's Urban founder Tom Ryan enjoying a meal at the Larimer Square restaurant when it opened in 2012. Mark Manger
This city's residents have always been hungry for more late-night options, and Tom's Urban 24, at a high-visibility corner of Larimer Square at 15th Street, opened to much anticipation in 2012. After all, the concept was created by Tom Ryan and Rick Schaden, who'd co-founded Smashburger in 2007.

But Denver diners apparently weren't quite as hungry for this particular late-night option as anticipated, and the restaurant dropped the 24-hour concept (and the 24 from its name) several years in while growing the brand with outposts in Las Vegas, Los Angeles, Connecticut and Portland.

On Sunday, May 27, the original Tom's Urban closed altogether. According to the company, the lease was up on the Larimer Square location and Tom's Urban decided not to renew.

This isn't the last we'll see of the diner-style eatery in Denver, however. The company is going forward with plans to open a new Tom's Urban later this summer inside the Westin Denver International Airport. The new Tom's Urban is a joint project with Tivoli Brewing, which will build a complete brewhouse to augment the restaurant's culinary offerings. The hotly contested airport deal (one bidder has a suit pending) was first announced in early 2016 and also included Midfield Concession Enterprises in the partnership.

Tom's Urban wasn't the only spinoff to come from Smashburger's founders. In 2013, Ryan and Schaden launched a fast-casual pizzeria called Live Basil, which grew to several locations in metro Denver and beyond before shrinking to a single active store in Los Angeles.

Even so, for a company that got its start in Denver, Smashburger's impact on the national food scene is second only to that of Chipotle — but neither remained a Colorado company. While Chipotle went public in 2006, it maintained its headquarters in Denver...until now. The burrito company is pulling up stakes and will relocate all of its corporate offices to Newport Beach, California, by the end of the year, cutting ties with the city where it launched the first Chipotle in 1993. And Smashburger was sold to Philippines-based Jollibee Foods Corporation earlier this year.

Smashburger still has a dozen stores in metro Denver, however, and Tom's Urban officials say they plan to pursue other Tom's Urban sites in Denver as well as in other U.S. cities.
KEEP WESTWORD FREE... Since we started Westword, it has been defined as the free, independent voice of Denver, and we'd like to keep it that way. With local media under siege, it's more important than ever for us to rally support behind funding our local journalism. You can help by participating in our "I Support" program, allowing us to keep offering readers access to our incisive coverage of local news, food and culture with no paywalls.
Make a one-time donation today for as little as $1.