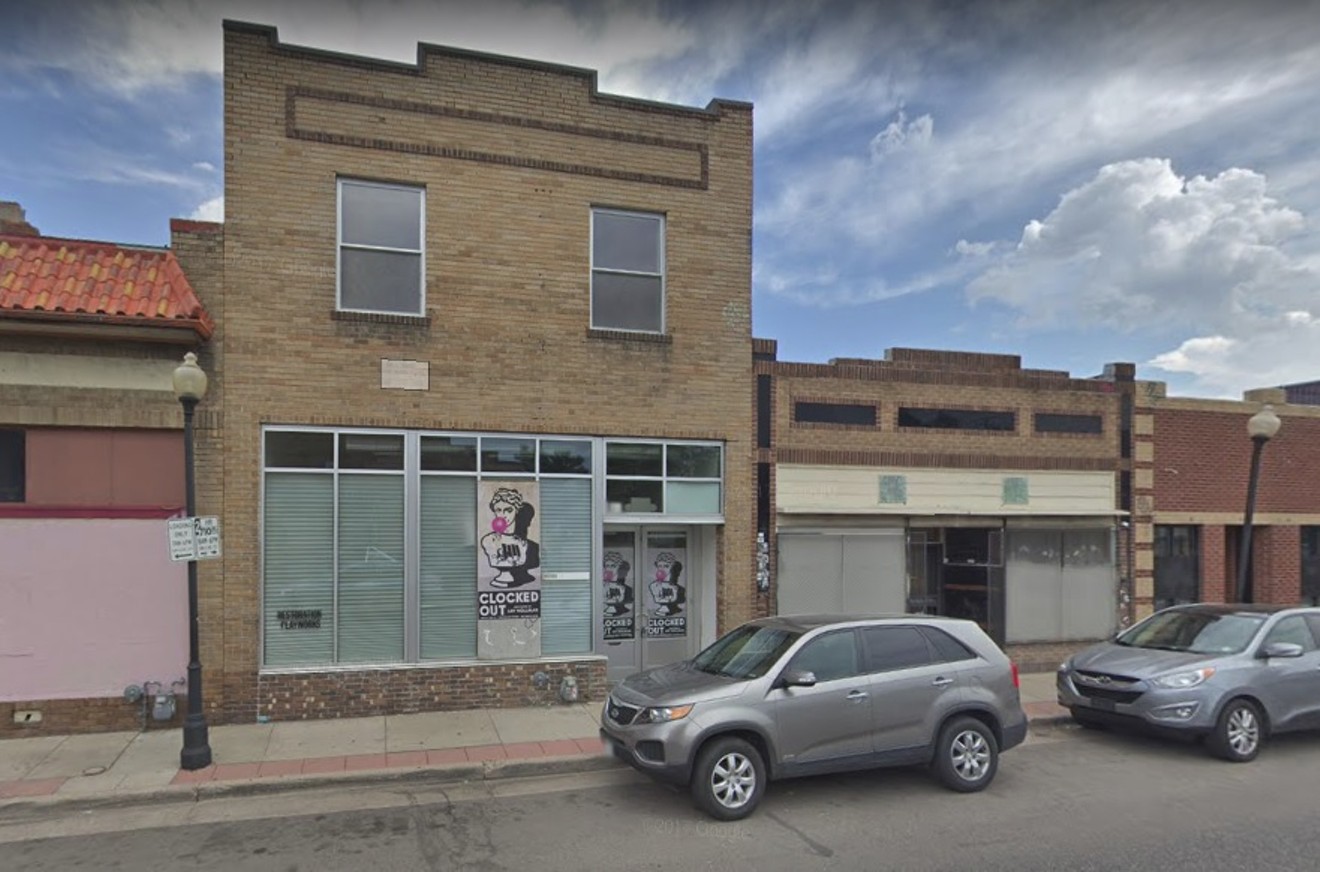 The new Westbound will be located on Santa Fe Drive. Jonathan Shikes
For decades, skiers, campers, hikers and sightseers have made it a tradition to stop in Idaho Springs on their way in or out I-70 for a bite to eat and some rest. Two of the most popular stops have traditionally been Beau Jo’s Pizza and Tommyknocker’s Brewery and Pub, where you could always find hungry diners, and their kids, still wearing ski pants and hats or hiking boots and bug spray.

At the end of 2015, a newer option joined the group. The brand-new Westbound & Down Brewing teamed up with the historic Buffalo Restaurant and Bar on a joint spot in the Buffalo’s old location. With a well-known chef in its back pocket and high aspirations for its beer, the destination had a more modern, more elevated feel than much of the rest of the mining town's rustic ambience.

But there’s only so much you can do, from a menu standpoint, when people are passing quickly through town in search of hearty, traditional belly-fillers like pizza and burgers — which is why the owners of Westbound & Down plan to open a second, more upscale spot in Denver, at 956 Santa Fe Drive in the Art District on Santa Fe, next year. 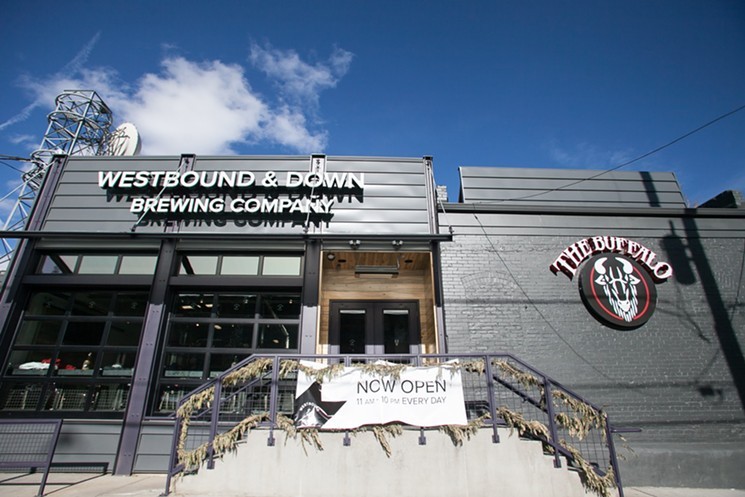 Westbound & Down Brewing opened in Idaho Springs in December 2015.
Brandon Marshall for Westword
The two-and-a-half-story building will include a taproom and bar with a limited menu on the first floor, and a larger sit-down space with more elevated, experimental dishes upstairs, all paired with the brewery’s beer.

And that beer will be a little different from what Westbound serves in the mountains. Using a new ten-barrel brewhouse, brewer Jake Gardner plans to experiment a little more and make some “extreme” beers along with some of the brewery’s tried-and-true favorites. The location will have 24 taps.

The Denver brewpub will also have some of Westbound's sour beers available. Those beers are currently blended, fermented and bottled in a warehouse space in North Denver that Westbound shares with Amalgam Brewing. (Amalgam, which doesn’t have a taproom, also makes sours.)

Gardner was the head brewer at Hogshead Brewery when he met the owners of Westbound & Down, Geoff McFarlane, Dan Brown and Jed MacArthur, several years ago; they were some of Hogshead’s first customers. Later, when the three opened Westbound, they hired Gardner and Hogshead owner Steve Kirby to help brew there. Gardner eventually became the head brewer for both breweries before switching to Westbound full-time.

Plans for the Denver location still aren’t complete, but Gardner says he hopes to open next summer.
KEEP WESTWORD FREE... Since we started Westword, it has been defined as the free, independent voice of Denver, and we'd like to keep it that way. With local media under siege, it's more important than ever for us to rally support behind funding our local journalism. You can help by participating in our "I Support" program, allowing us to keep offering readers access to our incisive coverage of local news, food and culture with no paywalls.
Make a one-time donation today for as little as $1.