Zuni Street Brewing will host its grand opening on March 8. Jonathan Shikes
After a long, hot hike in the mountains, most people just want a shady tree and a comfortable rock where they can sit (a sit'n rock) — oh, and a cold beer. That’s the idea behind Zuni Street Brewing, which is testing out its systems this week before hosting a grand opening on Wednesday, March 8.

Zuni Street Brewing was founded by middle-school friends turned business owners TJ Slattery and Willy Truettner, who both revel in Colorado’s outdoor lifestyle and decided to create a tiny piece of it in the city. 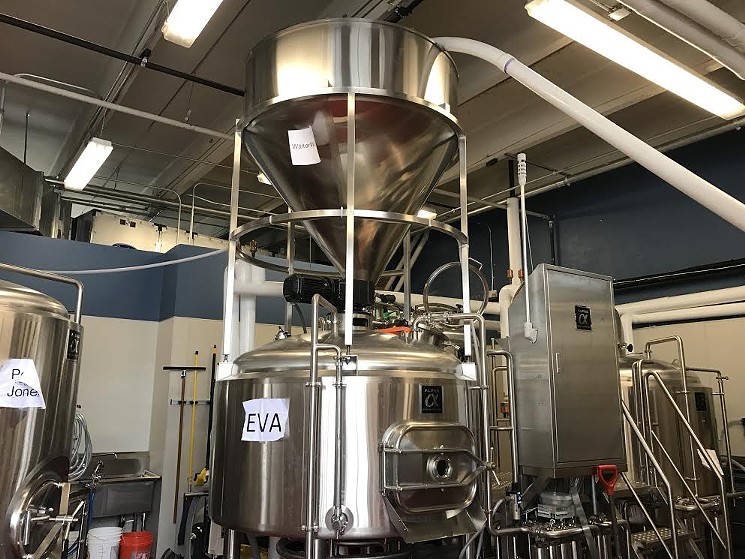 “We're pretty confident in the area, in the neighborhood,” says Slattery. “There's a good population density here and we think we will be a good spot for people, a central oasis.”

Willy Truettner (left) and TJ Slattery were middle-school lab partners.
Jonathan Shikes
Slattery and Truettner realized how crowded the craft-beer market has become — there are at least a dozen breweries planning to open in Denver in 2017 — but they only plan to sell pints in the taproom and possibly kegs to a few nearby bars and restaurants for now, as opposed to canning or bottling.

Zuni Street will open with four beers on tap: an IPA, a Golden Ale, a Belgian-style wit, and Sit’n Rock, a hoppy wheat beer. “That’s the idea, like you’re sitting on a rock. It’s so good on a hot sunny day,” says Truettner. “We think it could take off and be our flagship beer.” 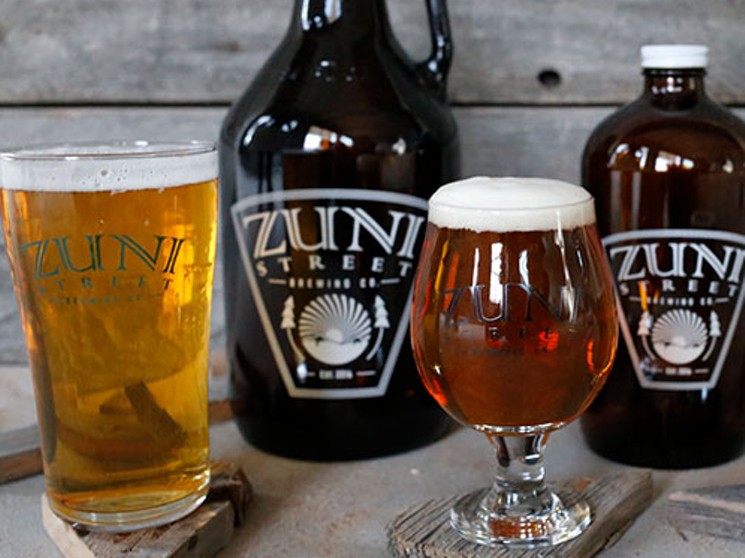 Zuni Street Brewing will have four beers on tap when it opens.
Zuni Street Brewing
Two more beers, a porter and a Belgian Abbey ale, are on on their way. Truettner, who was a brewer at New Belgium Brewing in Fort Collins, plans to make a variety of styles. “We'll let the market decide what we're known for. I’m not going to limit what I will be brewing.”

Zuni Street has a sophisticated ten-barrel brewhouse with an automated grist mill. Slattery and Truettner plan to be open every day. The 3,500-square-foot-space was previously home to the Green Garage, an environmentally friendly auto mechanic. 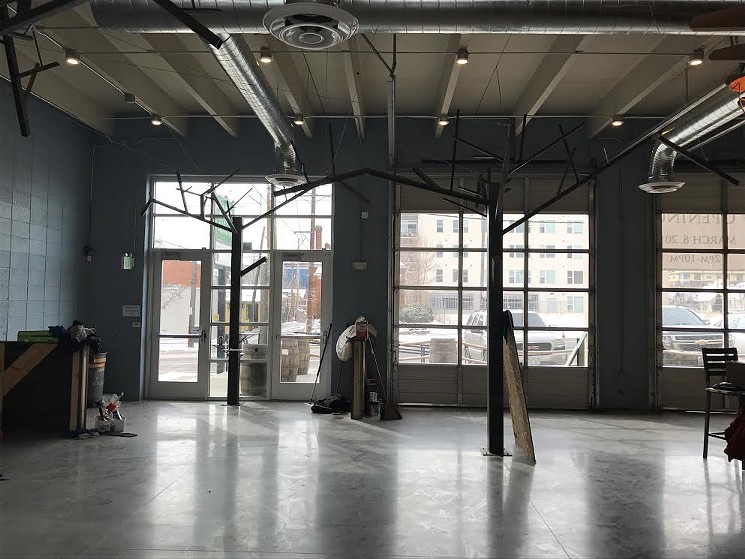 Tree sculptures decorate the taproom.
Jonathan Shikes
The brewery’s name has an interesting backstory. Slattery and Truettner had several names picked out, but ran into trouble with some of them because of trademark issues. Eventually, they landed on Zuni — the name of the street where the brewery is located — because it has a connection to the neighborhood.

But just to be sure it was okay, they contacted the Zuni tribe from Zuni Pueblo in New Mexico to ask.
“We wanted to be sensitive to Native Americans. They were happy to let us use the name,” Slattery says. They also corrected him on the pronunciation of Zuni. It's ZU-nee, not ZUN-eye.