Ten Things to Enjoy at the Colorado Book Festival

Teague Bohlen
Billed as a “free, day-long event for readers and writers,” the Colorado Book Festival is only in its second year, but it’s already making its mark on the local literary scene. And this year the event, set for Saturday, March 3, at the Central Denver Public Library, is bigger and better…and still free, in order to encourage any and all book-lovers to attend. But how is it better? In what specific ways will it invite Coloradans to fall in love with the printed page all over again? Let us count the ways — ten, to be precise. 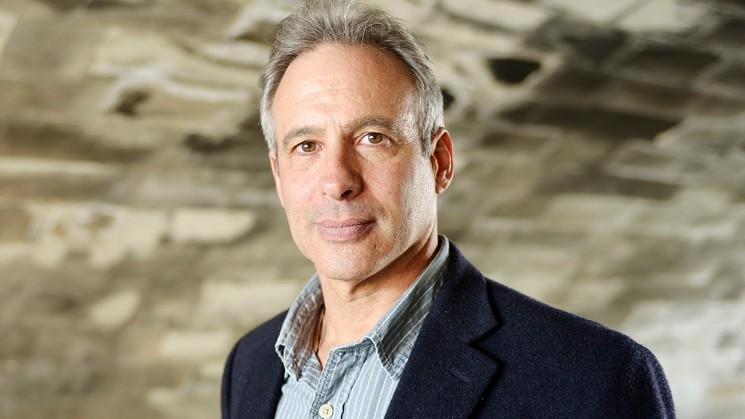 Peter Heller
1. Peter Heller’s Keynote
Start off the day with one of the biggest Colorado names in literature, Peter Heller (The Painter, The Dog Stars, Celine). Heller will be interviewed by Denver broadcast journalist Carol McKinley, currently both a CBS News field producer and a professor at Metro State. What’s the creative process like for one of Colorado’s favorite literary sons? Find out at 11 a.m. in the Training Room on the seventh floor.

Harper Voyager
2. Mario Acevedo
What else would the author of The Nymphos of Rocky Flats and University of Doom do for the festival but moderate a discussion of “Danger, Doom, and Destruction: Why Do We Love to Read About It?” Come talk monsters, vampires, menace and murder with Acevedo (an accomplished Denver artist, too, by the way) and a beastly bevy of horror and sci-fi authors, including Betsy Dornbusch, Jon Bassoff, Chris Mandeville and Warren Hammond, in the 10th Mountain Division Room at noon.

Adrian Miller
3. Adrian Miller
Appearing at 2 p.m. in the Gates Conference Room on the fifth floor is culinary historian, politico and certified barbecue judge Adrian Miller. His book Soul Food: The Surprising Story of an American Cuisine won the James Beard Foundation Book Award in 2014, and his most recent book, The President’s Kitchen Cabinet: The Story of the African Americans Who Have Fed Our First Families, From the Washingtons to the Obamas, was nominated for a 2018 NAACP Image Award for “Outstanding Literary Work — Nonfiction.” (The book is also the winner of the inaugural Westword prize for “Longest Damn Title.”) The accomplished and indefatigable Miller joins Eliza Cross (101 Things to Do With Bacon), Barbara Stafford (Eclectic Entertaining) and J.L. Fields (founder, Colorado Springs Vegan Cooking Academy) for a panel spilling the “Secrets of Cookbook Chefs.”

Ed and Eddie at Flickr
4. Library Tours
Go behind the scenes of the Denver Public Library’s Central branch to hit the highlights of 585,000 square feet of designer Michael Graves’s creative imagination. One of the Mile High City’s most distinctive buildings, the library boasts interesting spaces and architectural aspects that are sure to surprise you.

Kathryn Winograd
5. Finding Real Poetry in a Fake News World
If you’re frustrated with the fake-news status of today’s world, might we suggest poetry as a potential panacea? That's the argument that moderator Kathryn Winograd (Phantom Canyons: Essays of Reclamation) and panelists Dan Guenther (The Stones of Summer, The Crooked Truth), Art Elser (As the Crow Flies), and Laurel Jean Becker (Tales From Weaver Pond) will attempt to make: that poetry is more relevant than ever in these tumultuous times.

Dom Testa
6. Dom Testa
Testa might be better known as a top-rated Denver morning-drive-time radio personality on Mix 100, where, among other things, he poses "The Mindbender," a question that can stump even the most ginormous brains in the Mile High. At 2 p.m. in Training Room Two, you can put a face to the mind-bending voice when Testa joins moderator Patricia Raybon (My First White Friend) and longtime lit critic for the Rocky Mountain News Patti Thorn to discuss “Every Reader’s Big Fat Secret: I Want to Write a Book, Too!”

Eugene Kim at Flickr
7. Library Art Tours
The Denver Public Library isn’t just about books; it also has an impressive amount of visual art. Meet the Western History and Genealogy Department manager on the seventh floor for an insider’s look at the treasure trove of art that can be found at the Central Branch.

Mascot Books
8. Stan Yan
You might know comic artist Stan Yan as the guy who draws zombies at Denver Comic Con — or you might know him from his book There’s a Zombie in the Basement. Either way, you’ll get a (possibly undead) kick out of the panel "Reading and Writing Graphically: Words, Pictures, and the 21st Century Reader." Joining Yan in Training Room One at noon are moderator Dian Curtis Regan (Space Boy and the Space Pirate) and author Todd Mitchell (The Last Panther and The Traitor King) to talk graphic novels and the draw (and drawing) of the comic medium.

Women's March on Denver, 2017
Kenneth Hamblin III
9. Writing as Activism: Women Talk Truth to Power
Protest is an American institution, but it’s often the written word that effects the greatest and most immediate change in the world. Moderator Cassi Clark (We Rise to Resist: Voices From a New Era in Women’s Political Action) leads a panel in which women writers speak of their writing and the impact it’s had on not just their world, but the world at large. Panelists for the event at 1 p.m. in Training Room Three include Marcia Tremmel Goldstein (Denver Women in Their Places), journalist and filmmaker Tamara Banks, Ausma Zehanat Khan (The Language of Secrets) and Callie Marie Rennison (the textbook Introduction to Criminal Justice). In this #MeToo era of empowerment, this panel promises to be one of the most important of the festival.

Karoly Czifra at Flickr
10. Books, Books, Books
Before, during and after the panel discussions, keynotes and tours, there’s plenty more. Buy a book or three from the sellers manning the event. Sign up for a writing workshop from one of the local lit-related institutions. Get a book autographed. Or just find a chair and read among your people. It's the library, after all. Grab a book, snag a seat, and dig in.