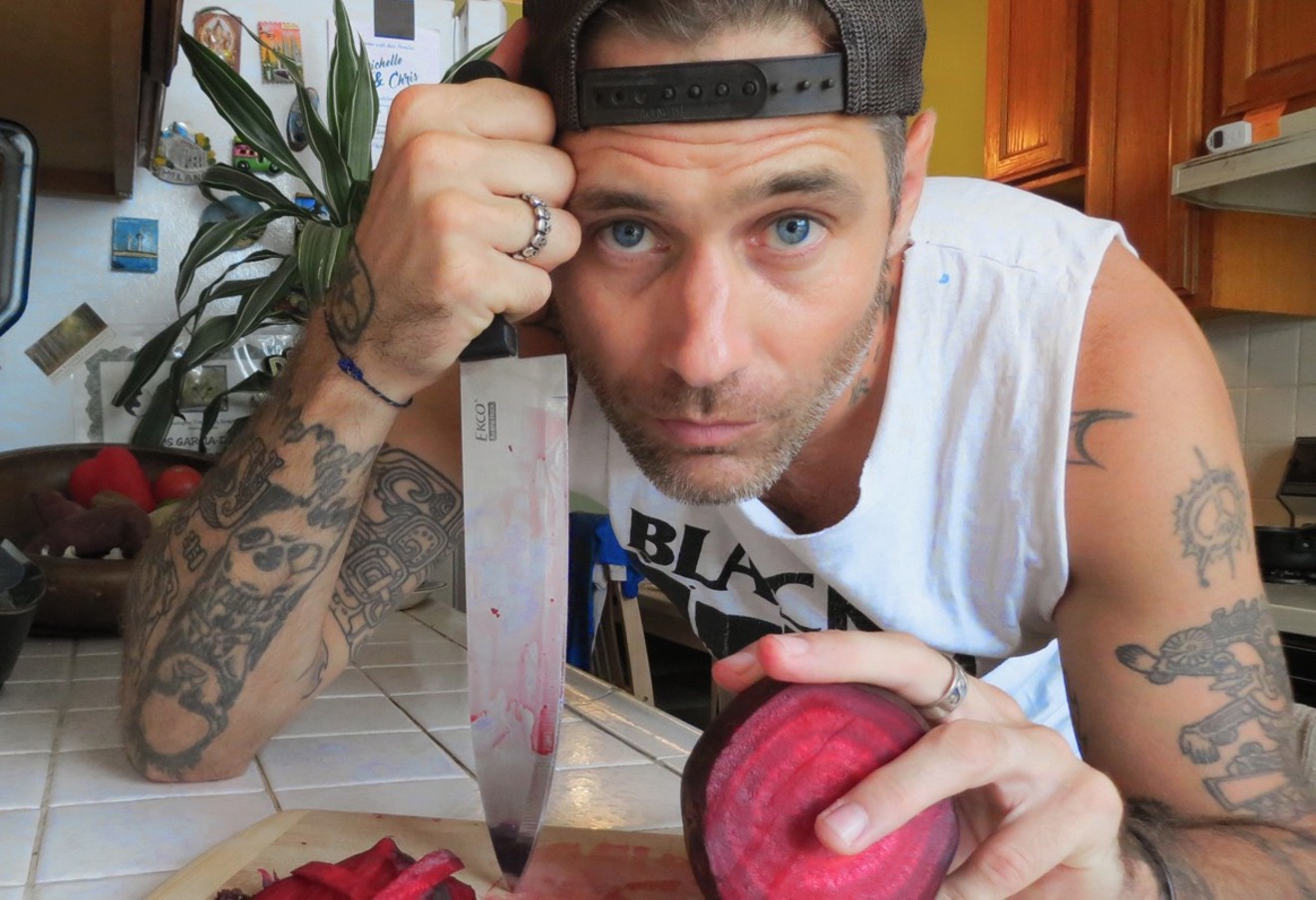 Dave Paco will read from his new book, The Bodyguard Travel Companion Cookbook: A Vegan Guide for Mexico and Central America. Courtesy of the author
Travel can be rough for vegans who want to stick to their plant-based diet. When Dave Paco, who's been vegan for more than two decades, traveled through Tierra del Fuego, he found himself eating rice and beans for breakfast, lunch and dinner. He didn't speak Spanish, and he had no idea whether what he was ordering or buying had animal products in it.

His trip, which he had planned to last seven months, turned into three years as Paco found work in the tourism industry, lingering in regions he liked and taking his sweet time. Years later, he returned to Mexico and learned Spanish.

Now the former Denverite, who operates a vegan hostel in Oaxaca, Mexico, with City, 'O City owner Daniel Landes, is returning to the Mile High City to read from his new book, The Bodyguard Travel Companion Cookbook: A Vegan Food Guide for Mexico and Central America.

At their Oaxaca hostel, Osa Mariposa, "People would come from all over the world," says Paco, and "they would say, 'We like to eat like this, but we don't know where to start – especially traveling.'"

So Paco decided to compile his recipes, for those travelers and for himself. This book would have "saved myself a lot of monotony just eating the rice and beans all day long," he says.

The book is neither a dining guide nor exclusively a cookbook. It's a tool to use when you head to the grocery store, a guide to help you figure out which items are protein-packed, how nutrient-dense they are, and how to prepare them so that you don't get bored. It offers recipes for meals that you can easily cook up from items widely available at markets in Central America: falafel, Indian food and some Latin American cuisine as well. It also includes herbal remedies, other advice and contributions from Daniel Landes, Josiah Hesse, Brian Polk and Shane Ewegan.

Paco lived in Denver in the ’90s and performed in punk bands including Angelhair, the VSS, Four!, the Messyhairs and Deadlock Frequency. He seeped himself in Denver's punk scene, attending other bands' shows and schooling himself in a do-it-yourself ethic that has defined his work, from writing and self-publishing this cookbook to operating Osa Mariposa.

He will bring that punk spirit to a dual release party at 7 p.m. Saturday, April 15, at Mutiny Information Cafe, 2 South Broadway. Paco will read from The Bodyguard, and Sonny Kay will present a new book full of his surreal artwork and album covers. The pair will be joined by the band Git Some. For more information, go to Paco's website.