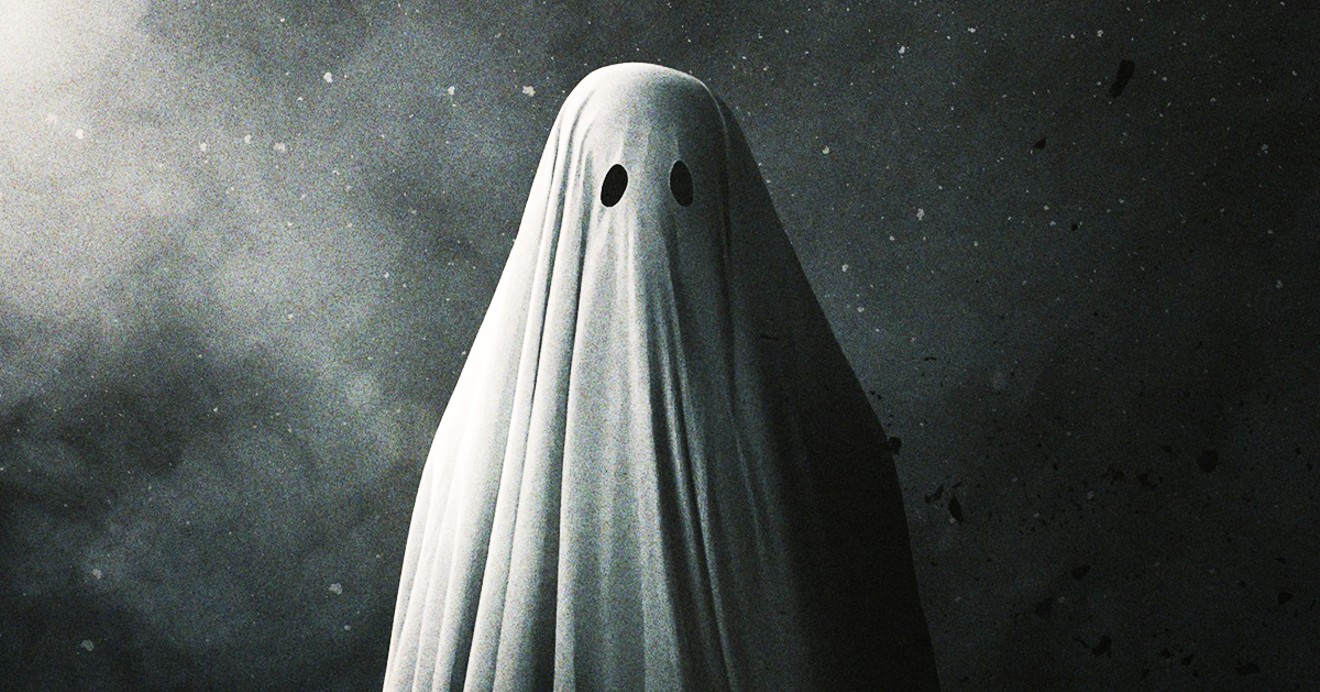 A Ghost Story is one of July's coolest film offerings. A24
As Cole Porter once sang, "It’s too darn hot." The only institution guaranteed to be a haven from the blistering sun is the cinema, replete with dark theaters, air conditioning and cold, fizzy drinks. This July, there’s a slew of movies for you to watch and chill out with. In chronological order, here are the top ten film events in Denver this month. 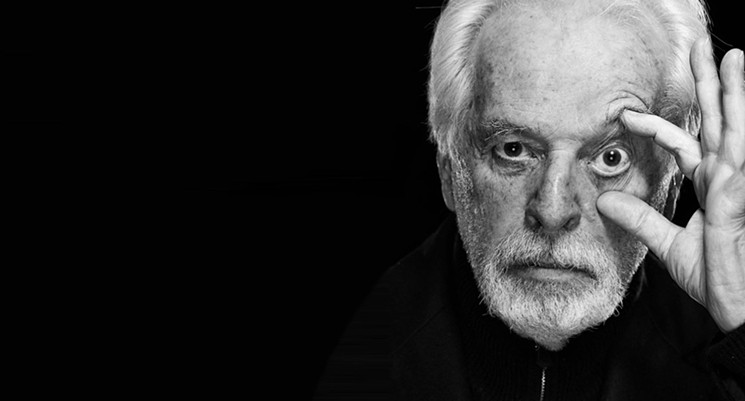 Alejandro Jodorowsky
ABKCO Films
Jodorowsky
Fridays, beginning July 7, 10 p.m.
Sie Film Center
Master of surrealism, Chilean filmmaker Alejandro Jodorowsky has been equally inspiring and confounding audiences since 1970, when his midnight classic El Topo hit the big screen. That film would be the first of his many tales, released over decades, that weirdly, sexually and perposterously explore human life, art and death. Often starring Jodorowsky himself – who spent years studying voiceless acting with famous mime Marcel Marceau – the films left an indelible impression on the rise of the art-house cinema. This month, the Sie Film Center is paying tribute to his work with the help of local film lover and beloved weirdo Andrew Novick and artist Brandan Styles. The four-film series, including El Topo, The Holy Mountain, Santa Sangre, and The Dance of Reality is a lead up to the release of the 88-year-old director’s newest tale, Endless Poetry, opening at the Sie on July 28. Novick will introduce and talk about each film, and early birds can pick up an exclusive series poster, created by Styles, at every screening. Attendees will also receive a discount code good for a few bucks off of their tickets to Endless Poetry; those who watch all the films in the series get a free pass to that title. Buy your tickets at denverfilm.org and watch a trailer for Santa Sangre here. 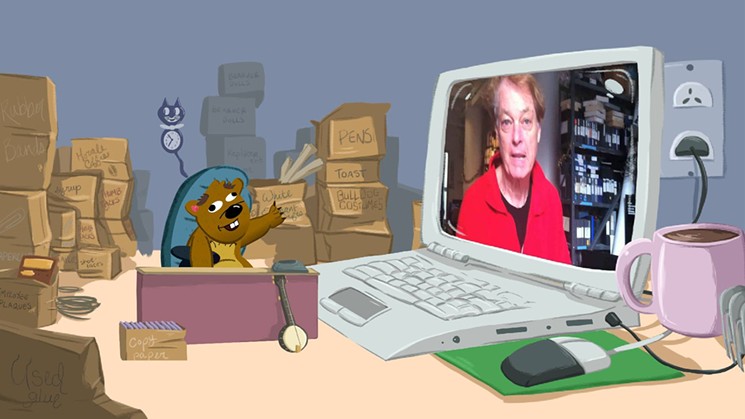 Bearver C. Rogers and animator Bill Plympton in a clip from the Nickel + Dime Animation Extravaganza.
Denver Animation Fest
Denver Nickel + Dime Animation Extravaganza
July 7, 7 p.m.
Sie Film Center
Who doesn’t love an animated short film? Nobody! This Denver-born Denver Nickel + Dime Animation Extravaganza debuted a few weeks ago at the Bug Theater. The program stars Bearver C. Rogers, festival director Michael Scott's animated alter-ego, who interviews a dozen famed artists who talk about their work. The screening includes 32 animated shorts from the around the world. This could become a regular fixture on Denver's festival docket and one that benefits the community at large; a portion of ticket sales will support SafeHouse Denver and assist that organization's programs. Buy your tickets at denverfilm.org, follow the animation extravaganza at denveranimationfest.com, and watch a trailer here. 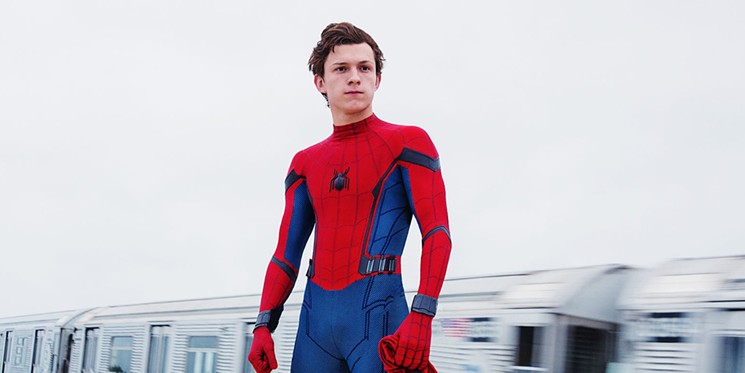 Spider-Man: Homecoming
Marvel Films
Spider-Man: Homecoming
Opens July 7
Denver Area Theaters
Of all the character properties in the movieverse, Marvel Comic’s Spider-Man seems to be the one nobody can get right in the transition from the funny pages to the silver screen. After two tries with two actors (Tobey Maguire and Andrew Garfield) and one reboot, we’ve now landed on a second go and a skinny new bod in the spidey suit – super-flexible actor Tom Holland. Spider-Man: Homecoming positions itself as the first Spider-Man movie to debut in the current Marvel Universe. Here’s hoping that this latest reboot sticks. Best try number three finds Peter Parker struggling with teen life and learning how to be a hero from Tony Stark, aka Iron Man, while taking on righteous villain, the Vulture (Michael Keaton). Third time’s the charm; fingers crossed this movie works. Find showtimes and theaters at fandango.com and watch a trailer for Spider-Man: Homecoming here. 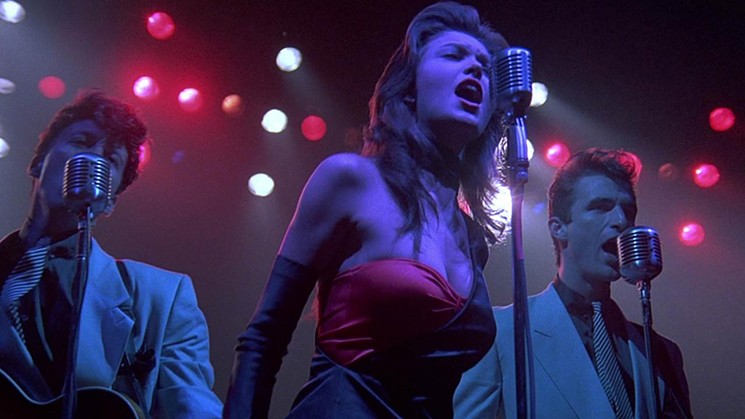 Streets of Fire
Universal Pictures
Streets of Fire
July 11, 7 p.m.
Alamo Drafthouse Littleton
This '80s oddity Streets of Fire is a rock-and-roll western set “in another time, another place,” a cross between the ‘50s and 1984 Detroit. Singer Ellen Aim (a baby-faced Diane Lane) is kidnapped in the middle of a concert by a leather-clad baddie (Willem Dafoe), and it’s up to her drifting outlaw ex Tom Cody to light up the town looking for her. The entire movie is electric, scored by Jim Steinman, the man behind “Total Eclipse Of The Heart” and Meatloaf’s biggest hits. The movie, which people raised on early HBO have likely seen before, feels like a dream – one you don't want to wake up from. Screenwriter Larry Gross will be at the Alamo for an after-film discussion. Grab your tickets at drafthouse.com and watch a trailer for Streets of Fire here.

A Scanner Darkly
Warner Bros.
Sci-Fi Film Series
Wednesdays, beginning July 12, 7 p.m.
Sie Film Center and Denver Museum of Nature & Science
Now entering its sixth year, the Sci-Fi Film Series, a partnership between the Sie Film
Center and the Museum of Nature & Science, plays classics and modern greats of the genre. Each screening is followed by deep-dive discussions about the movies, with Metro State University teacher Vincent Piturro. The series is always packed with viewers eager to find new ways to see familiar films including 2001: A Space Odyssey, The Lobster, Korean monster flick The Host, and Richard Linklater's A Scanner Darkly. Screenings volley between the Museum and the Film Center’s big screens. Get tickets at denverfilm.org and watch a trailer for The Host here.

Read on for more of the best film events in July.

Cherry Pop is one of a dozen films screening at Cinema Q
Assaad Yacoub
Cinema Q Film Festival
July 19-23
Sie Film Center
For its ninth go-round as Denver’s biggest celebration of LGBTQ film, Cinema Q returns with films examining the diverse corners of the queer experience and beyond. Kicking things off is Rebels On Pointe, a new documentary examining Les Ballets Trockadero de Monte Carlo — the all-male, drag ballet company founded over forty years ago on the heels of New York's Stonewall riots. For its second night, Cinema Q heads to Red Rocks for a giant gay party and screening of the Australian drag classic, The Adventures of Priscilla, Queen Of The Desert, complete with a pre-film dance party on the Rocks courtesy of DJs Markie and Stone Cox. This full drag show before the film, starring local greats Kai Lee Mykels, Jessica L’Whor, Khrys’taaal, Felony Misdemeanor, and Yvie Oddly, will be a first for the venue. Back at the Sie, the five day festival will host screenings of films about Marsha P. Johnson, Tom of Finland, Allen Carr, Armistead Maupin and Todrick Hall. Colorfully mixed in are narrative features and a bevy of short films. Grab a festival badge or just a handful of tickets at denverfilm.org and watch a trailer for Rebels On Pointe here.

The Zodiac Killer
AGFA
The Zodiac Killer
July 19, 7:30 p.m.
Alamo Drafthouse Sloans Lake
In 1971, schlock director Tom Hanson was obsessed, like many, with the Zodiac Killer ravaging California. He wrote a movie detailing the awful exploits and planned an event at the movie's premiere to lure and catch the infamous murderer. His hard work came with no victorious payoff, but the first film created to capture a serial killer was recently re-discovered by the American Genre Film Archive, which lovingly restored the movie for a Blu-Ray release this month. When the Alamo Drafthouse screens the newly restored film, maybe Hanson’s dream will come true and this re-release will finally shake loose the real killer? Stranger things have happened.
Reserve your seats at drafthouse.com and watch a trailer for The Zodiac Killer here. 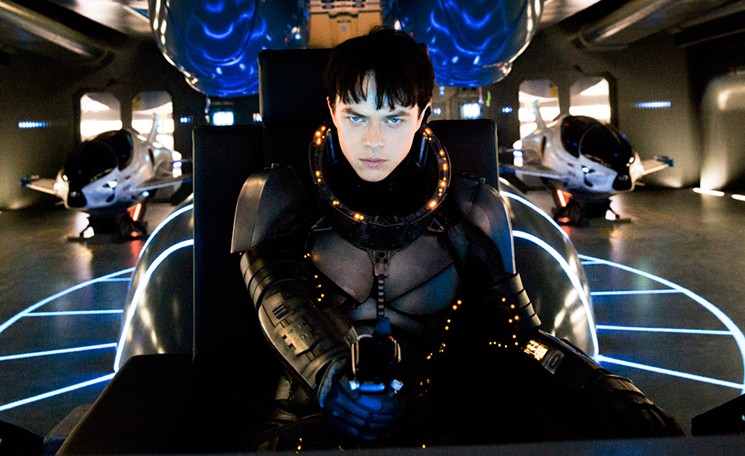 A Ghost Story
A24
A Ghost Story
Opens July 21
Landmark’s Mayan Theater
Director David Lowery is known for directing soft, sumptuous tales with big hearts and small budgets. From his big-little debuts, St. Nick and Ain’t Them Bodies Saints, Lowery’s sensibilities are set to intimate fables with an eye for lush cinematography. His new film, A Ghost Story fits happily on the shelf with the rest of his thoughtful work. This new film follows a haunt, complete in a generic white sheet with two eye holes, returning to the home he once lived in and examining his life from beginning to end to afterlife. Casey Affleck plays the ghost, while Rooney Mara plays his widow. Like Terrence Malick, Lowry’s films can meander into quite a few wild places. Get tickets at landmarktheaters.com and watch a trailer for A Ghost Story here.

Blade II
New Line Cinema
Blade II, With Wesley Snipes in Person
Thursday, July 27, 7 p.m.
Alamo Drafthouse Sloans Lake
Guillermo Del Toro’s juicy vampire sequel will follow famed actor Wesley Snipes (New Jack City, To Wong Foo) who will be talking about his book debut, Talon Of God, a dark fantasy tome he co-wrote with friend Ray Norman. Like the world of Blade, his novel walks in scary waters with the story of a holy warrior fighting to keep an evil demon from turning our reality into hell on Earth. Following the reading, Snipes will introduce Blade II and talk about what it was like to land the beloved role of a vampire killer who is a vampire himself. Special ticket prices include a copy of Talon of God and a seat for the screening. Reserve your seat at drafthouse.com, and watch a trailer for Blade II here.

Looking for more to do? Go to the Westword calendar.