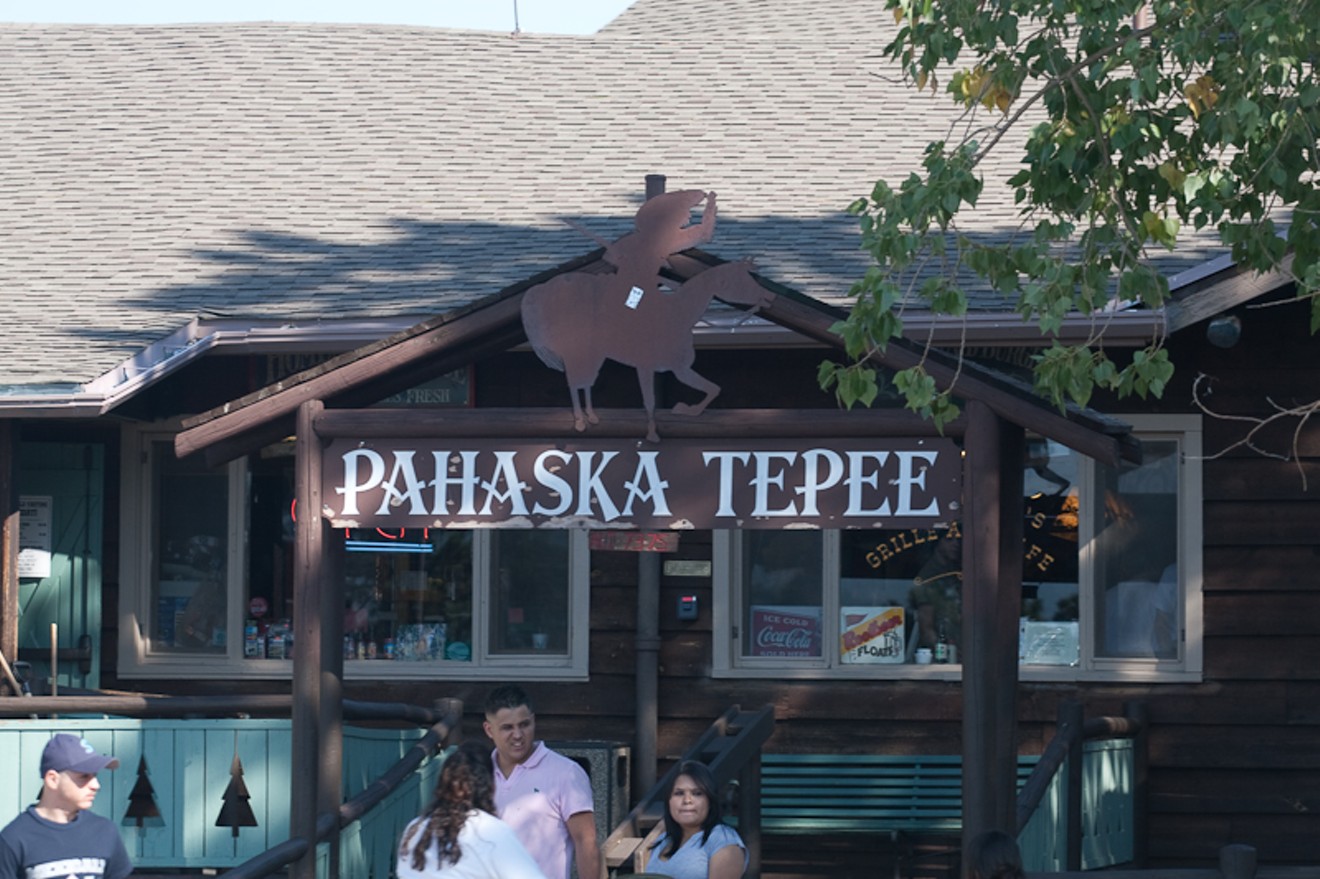 Pahaska Tepee at Buffalo Bill's Museum and Grave. Matthew Keefe at Flickr
January has the write stuff, with a calendar full of events focusing on everything from the historic to the poetic, from great genre work to the great American novel. Or you can just escape the house and play some games. Here are five ways to get lit this week.


Family Game Night
Barnes & Noble
Wednesday, January 10, 7 p.m.
960 South Colorado Boulevard, Glendale
Want to get out of the house for a bit, but still get the family together? Check out Family Game Night at the Barnes & Noble on South Colorado Boulevard on the 10th of each month, when you can roll some dice, go back two spaces, settle some Cataan, whatever you got. And while you’re there enjoying the evening, why not buy a book or two for everyone in the family to enjoy during gray January days?

University of Oklahoma Press
Steve Friesen and Francois Chladiuk, Lakota Performers in Europe
Friday, January 12, 10 a.m. to noon
Pahaska Tepee, Buffalo Bill Museum and Grave
987 ½ Lookout Mountain Road, Golden
In honor of Denver’s National Western Stock Show, which drew inspiration from Buffalo Bill’s Wild West and other shows of its type in the nineteenth century, co-authors Steve Friesen and Francois Chladiuk will sign copies of their book Lakota Performers in Europe: Their Culture and What They Left Behind at the Pahaska Tepee at the Buffalo Bill Museum. The two-hour event is a rare chance to get the book — which noted author Sandra Dallas called both “entertaining” and “a contribution to the history of the Wild West” — signed by both creators, given that Chladiuk is visiting from Brussels, Belgium.

Milkweed Editions
The Poetry of Prose with Alex Lemon
Friday, January 12, 5 to 8 p.m.
Lighthouse Writers Workshop
1515 Race Street
Lighthouse’s Book Project hosts poet Alex Lemon for a happy hour, dinner, keynote and Q&A. The $30 ticket  ($20 if you’re a Lighthouse Member) includes dinner and drinks — and if you’d like a copy of Lemon’s several books (Feverland, The Wish Book, and more), the Tattered Cover will be on hand to sell them. (And if you can’t make it Friday, Alex Lemon will be reading at BookBar on Thursday, January 11.)

Davyne Desye
Davyn DeSye, Carapace, and K.B. Wagers, Behind the Throne
Saturday, January 13, 7 p.m.
BookBar
4280 Tennyson Street
BookBar presents its second installment of Denver’s Science-Fiction & Fantasy Reading Series. Joining host J.L Forrest are Davyn DeSye, author of the alien-invader novel Carapace, and K.B. Wagers, author of the Indranan War trilogy, of which Behind the Throne is the exciting conclusion. The second Saturday of every month is sci-fi/fantasy night at BookBar, so sharpen your broadswords, charge your blasters…and then leave them at home. Just bring your listening ears.

Putnam
A Conversation With Chloe Benjamin, The Immortalists
Sunday, January 14, 2 p.m.
Tattered Cover
2526 East Colfax Avenue
Join award-winning local novelist Eleanor Brown (The Weird Sisters and The Light of Paris) in a conversation with Chloe Benjamin about her acclaimed novel The Immortalists. Benjamin’s book has already been named a “pick” with Indie Reads, Library Reads and Barnes & Noble Discovery for Spring, and the TV rights have been sold, too. There's never a better time to get your copy of a book signed than just as it’s taking off.