The Friends Experience: "The One in Denver" Now Playing 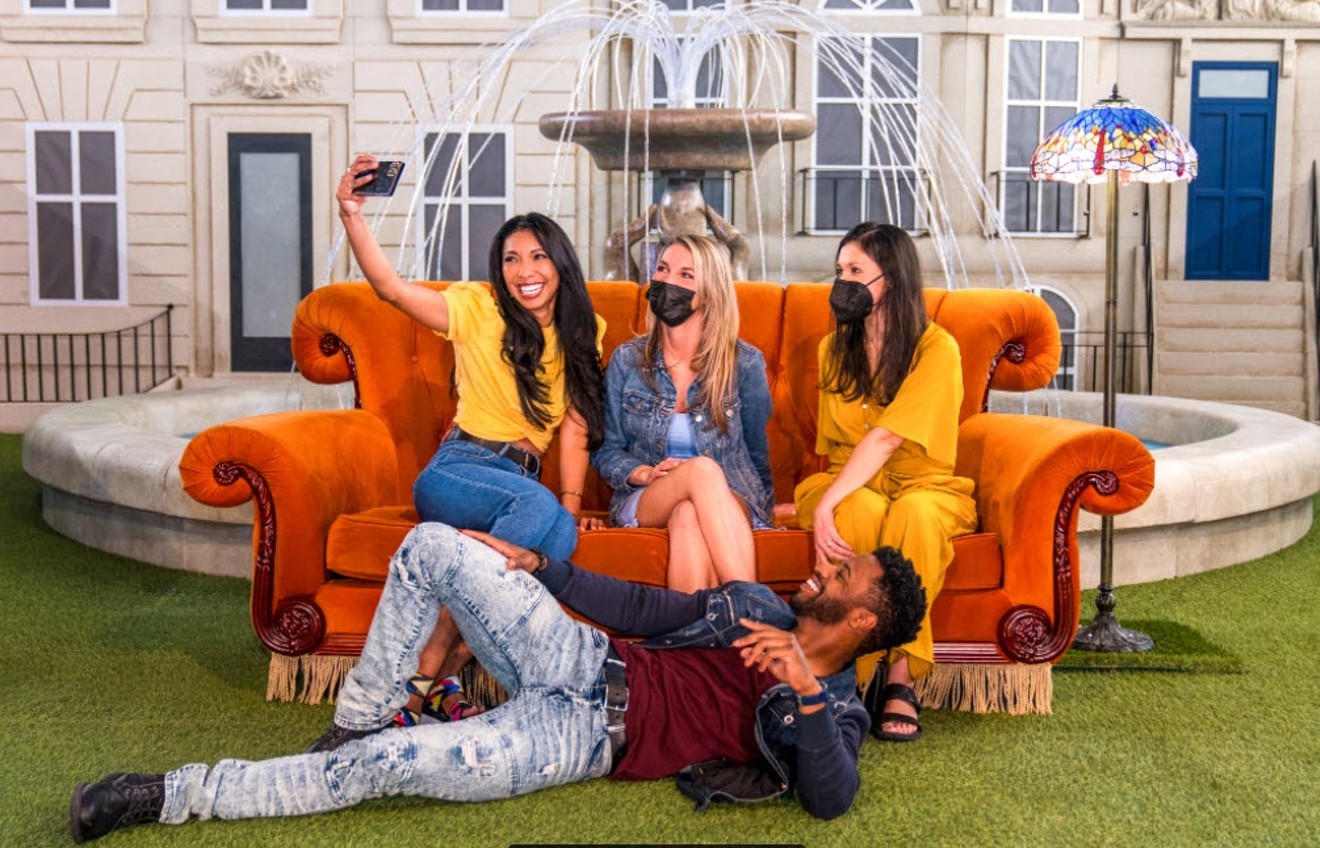 The Friends Experience opens in Denver June 16. Courtesy of The Friends Experience.
So no one told you life was gonna be this way. Your job's a joke, you're broke and your love life's DOA. It's like you're always stuck in second gear, when it hasn't been your day, your week, your month or even your year. But The Friends Experience will be there for you anytime this summer, starting Thursday, June 16, and continuing through September 5.

The immersive show based on the ’90s sitcom is called "The One in Denver" and has set up shop in Cherry Creek West.

Denver is the eighth city to host the Friends Experience, following successful runs in New York City, Boston, Chicago and several other major metropolitan areas. The Experience, which was originally created for the series' 25th anniversary, allows fans to jump into the familiar scenes, sets and history of one of television's most beloved sitcoms. It's all official, too, since the show resulted from a collaboration between marketing and event company Superfly X and none other than Warner Bros., the studio that helped bring Friends to our screens back in 1994.

Central Perk — where half the Friends worked at one time or another.
Teague Bohlen
"We're so excited to bring this Experience to Denver," says Vice President and Director of Marketing Alex Jakubiak. "We've worked hard to make sure the show is super-accessible no matter what level of Friends fan visitors might be."

Stand behind this mannequin, and could you be wearing more clothes?
Teague Bohlen
The immersive attraction features a dozen specific "rooms," each one devoted to either a character from the show, a primary space from the show or both. It's a pop-culture museum as well as an extreme photo opportunity — each room boasts stickers on the floor positioned to provide the best angle for snapshots of fans in all sorts of Friends situations. Want a shot wearing all of Chandler's clothes? Trying to "PIVOT!" a couch up a NYC staircase? Sitting on the couch from Central Perk, in front of the fountain from the opening credits, or standing in the hallway between the apartments? The Friends Experience has you covered, and then some.

The main apartment set...at least from those seasons when there wasn't a support post where the table is now.
Teague Bohlen
Sit at Monica's kitchen table. See Rachel's wall of hairdos. Read the entire letter Rachel wrote to Ross ("front and back!") and enjoy seeing Ross's hand-drawn comic book that Phoebe once mugged him for. Learn about the design strategy behind the outfits the stars wore and about the artist who did all the original works that hung on the walls of the coffee shop. Pat the Dog is here, and so is Ugly Naked Guy, complete with a chopstick-poking-device to make sure he's not dead. The list of nostalgic gems to see and photo ops to upload on Insta is impressively extensive. Teague Bohlen
And if you're a little misty-eyed when you hear the chirp and quack of the chick and the duck in Chandler and Joey's apartment, the whole Experience lets out on the sales floor — open even to those who don't want to spring for the tickets — where you can buy just about any Friends merch you can think of: the yellow picture frame on that familiar purple door; Huggsy, Joey's bedtime penguin pal; Friends-themed cookbooks; keychains, notebooks, T-shirts and more. Some of the items are exclusive to the Experience, and a select few are specific to Denver. Worried how you'll carry it all home? The store sells Crap Bag totes, too.

Teague Bohlen
There's something for everyone at the Friends Experience, whether you're a casual fan who still wonders how Monica and Rachel can afford that apartment in Greenwich Village or someone who's obsessive enough to know that in the sixth episode of season three, "The One With the Flashback," Monica clearly says the place was her grandmother's, it's rent-controlled, and "if the landlord ever asks...I'm an 87-year-old woman who's afraid of her VCR."

In short, "The One in Denver" might just become your favorite Friends episode. And it'll be there for you, when the rain starts to pour...at least until September 5.

The Friends Experience runs June 16 through September 5 at 2500 East First Avenue. Tickets start at $32; for more information, see the event website.
KEEP WESTWORD FREE... Since we started Westword, it has been defined as the free, independent voice of Denver, and we'd like to keep it that way. With local media under siege, it's more important than ever for us to rally support behind funding our local journalism. You can help by participating in our "I Support" program, allowing us to keep offering readers access to our incisive coverage of local news, food and culture with no paywalls.
Make a one-time donation today for as little as $1.