Review: Real Women Have Curves Sews Up an Immigrant Story 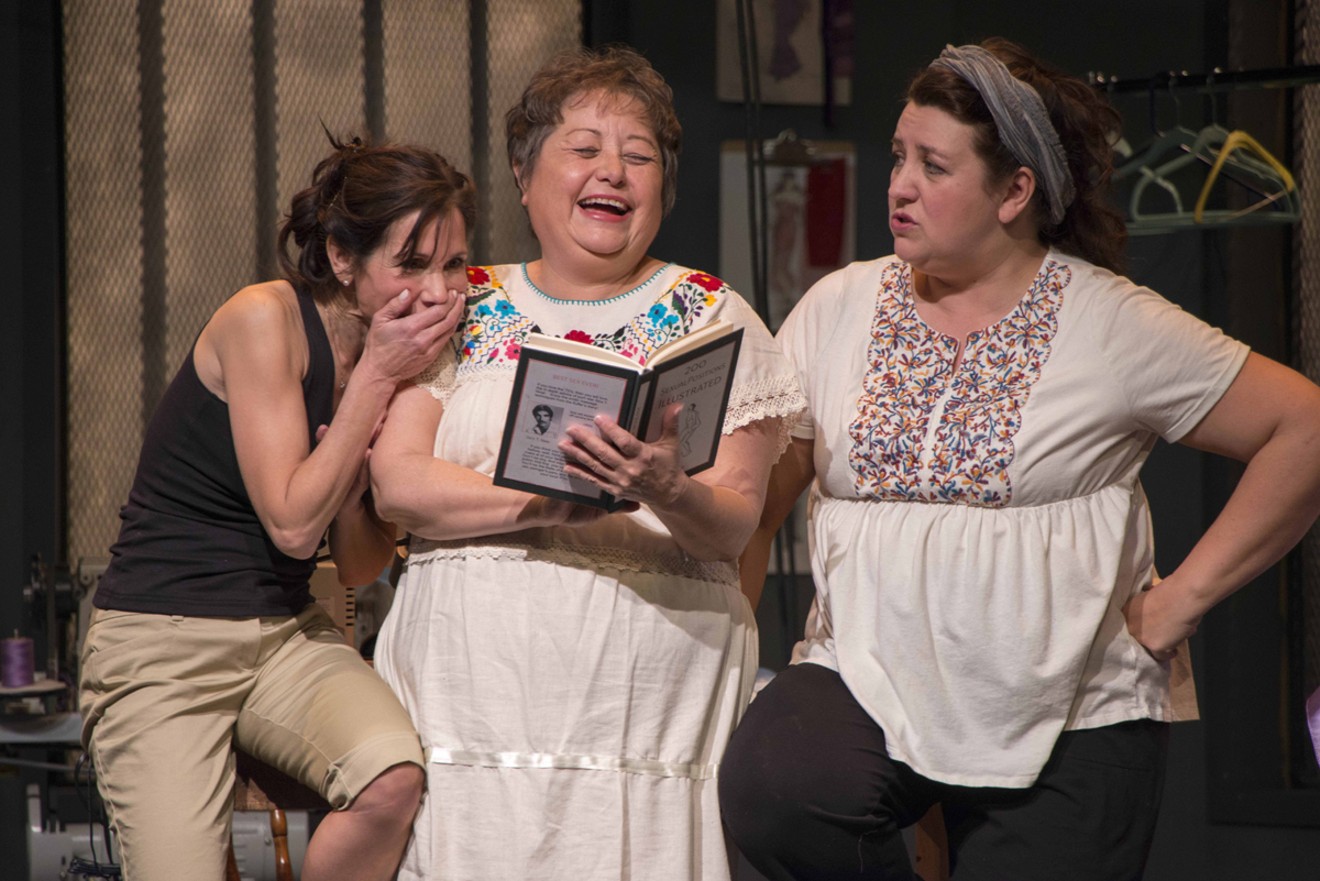 Jacqueline Garcia, Debra Gallegos, and Gabriella Cavallero in Real Women Have Curves. Courtesy of the Aurora Fox
Real Women Have Curves, now at the Aurora Fox, isn’t a terrific play, but it is one hell of a charmer. Written in 1987 and since revised slightly, it focuses on immigration and the fear that immigrants live with daily. Five women work in a small factory, sewing frantically; owner Estela is having trouble paying for her machinery and is being sued, so she’s desperate to meet the terms of her impossible contract and get paid. While working, the women complain about the heat and share their problems — romantic, familial, financial and physical. Estela and her sister Ana both think they’re overweight. Their lively, gossipy mother, Carmen, deliberately gained weight after having eight children to deter her sexually demanding husband. Another worker, Pancha, suffers physical abuse at home and grieves over her inability to conceive. Finally, there’s Rosali, thin as a rail and subsisting on water and diet pills. All of the women except Estela, who got into trouble for possessing a lobster out of season and skipped her court date, are in the country legally, but they still live in terror of la migra.

Ana is a stand-in for playwright Josefina López, who once worked in her own sister’s factory. An aspiring writer, she frames the story, periodically retiring to a bathroom off to the side to scribble notes. This strategy is reminiscent of the structure of Tennessee Williams’s The Glass Menagerie, in which Tom Wingfield, standing outside on the fire escape, tells the story of his damaged younger sister and overwhelming mother. Real Women doesn’t have the intensity, strength or poeticism of Williams, though; what it does have is lightness of spirit, joy and hope. Director Melissa Lucero McCarl’s casting is smart and the production vibrant throughout, but something particularly vivid happens in the second act when the women, hot beyond endurance in the stifling factory, take off their clothes and exult in a sudden new sense of freedom. The younger women twirl; Carmen proudly parades her stomach; Pancha reveals the warmth beneath her customary sadness; Rosali, always obsessed with the idea of being overweight, perhaps finally accepts her own slenderness. This scene is performed so well and is so unexpected that you find yourself tearing up. 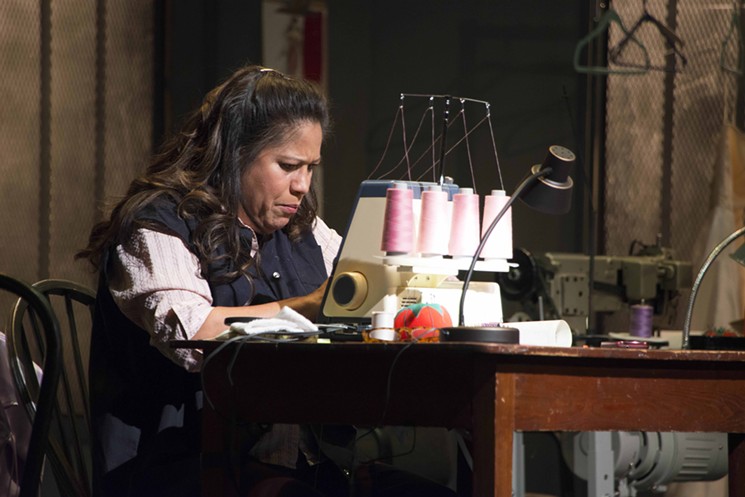 Magally Luna in Real Women Have Curves.
Courtesy of the Aurora Fox
Watching, I couldn’t help summoning the dominant image of my childhood: my mother bent over her sewing machine hour after hour, day after day, the rattle of her moving treadle a constant background. Immigrant women everywhere often make a living as seamstresses, and my mother had arrived in England from Czechoslovakia as a refugee in 1939. A widow, she sewed dresses for individual clients and also an upscale London fashion house where arrogant young male staffers told her to unpick her immaculate stitching, take the dresses home and re-sew them. She rapidly discovered she could simply bring them back untouched and see them pass muster: The young men were just enjoying their authority. Many of the individual women she sewed for were kind, but I still couldn’t help loathing them. I loathed them because I had seen my mother — my strong, resourceful, clever mother — kneeling at their feet too often, pinning up a hem. But here’s where our story differs from those of López’s women and other immigrants to the United States: Under the socialistic governments of England in the 1940s and ’50s, there were ways out of poverty. Health care and education were free, public transportation was crazy cheap, and thanks to subsidies to local authorities, working people could afford to buy their homes.

Our house was lonely, and I never saw the kind of playfulness or heard the laughter that suffuses Real Women: My mother had lost almost her entire family to the war. But she, too, was a living, feeling woman, and not immune to the power of the body. The lovely dresses she made, like those made by Estela’s women, were for the rich. Still, I have a clear memory of her coming in one evening to kiss me good night, a beautiful apparition in a white blouse covered with glimmering sequins. She was going on a date, and she had sewn on every one of those sequins by hand. I was very young, but on some level, I understood this for what it was: a celebration of pleasure and sexuality, a defiant affirmation of the eternal feminine.