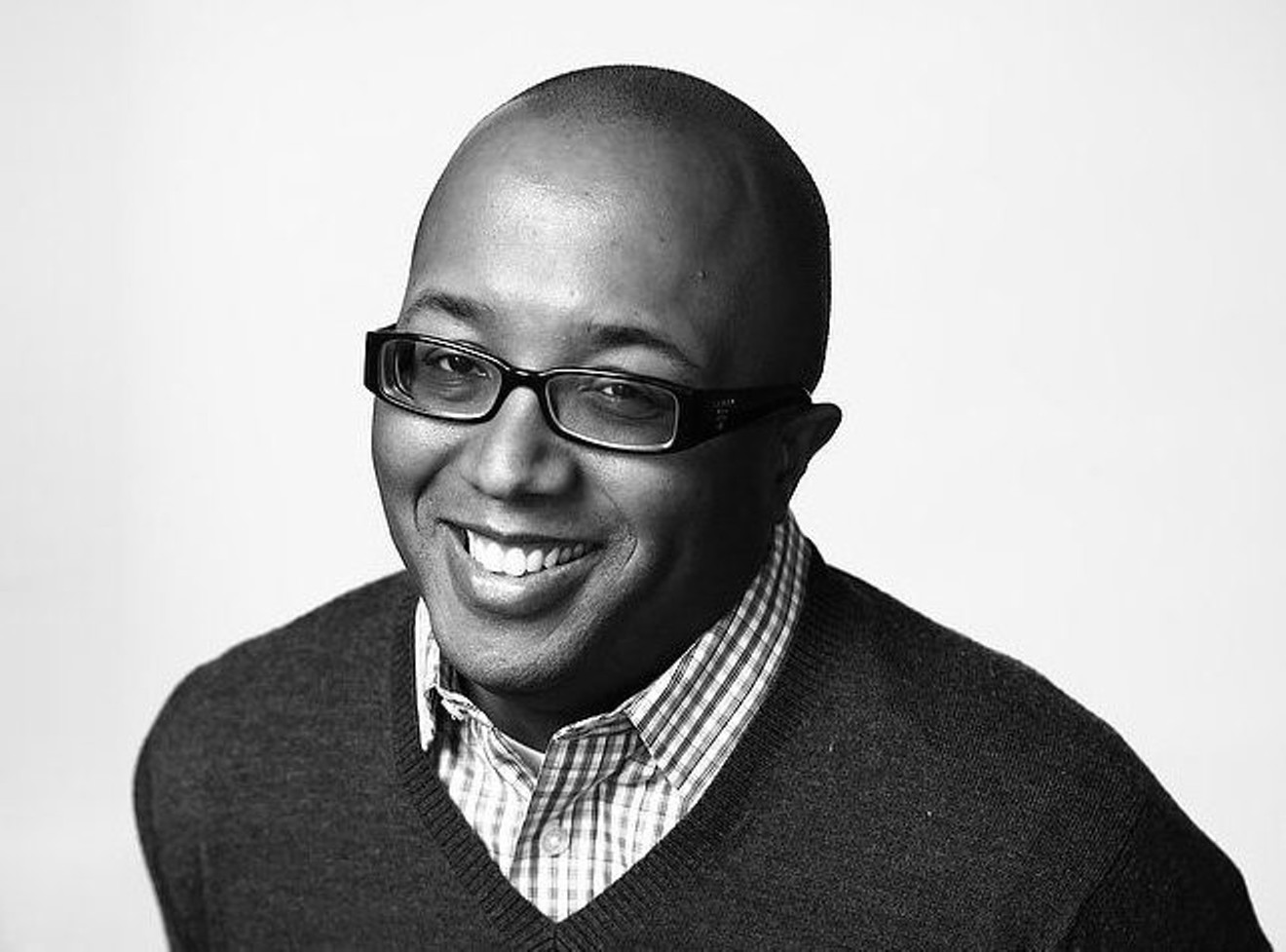 Robert O'Hara directs an all-male version of Macbeth. Courtesy of Robert O'Hara
Expect a lively, original production of Macbeth – and a haunting one – in the newly renovated Space Theatre at the Denver Center. Because what else would you expect from a play that begins with three witches chanting incantations on a spooky heath and then setting the entire plot in motion by bringing out the murderous instincts of an apparently brave and upright protagonist, Macbeth — he whom actors fear to name because of the curse attached to that word?

"Whenever anyone directs, they have an interpretation," says director Robert O'Hara, who's also an up-and-coming playwright. "I'm interested in investigating what world this play exists in where you can openly talk to witches and why there are consequences. It's a play that basically has a couple of people talking to witches and then the downfall of the murderer. The trajectory is very simple, but the play moves in all these quick, violent, and political jumps. Macbeth is offing all these people and having to deal with the consequences of his actions immediately. It's very cinematic."

O'Hara's all-male production is set in the Pit of Acheron to which Hecate, ruler of the witches, at one point summons the creepy three, and the players are all warlocks, who ritualistically enact the story of Macbeth every year, just as, since medieval times, some cultures annually mount the Passion of the Christ. So the entire story is told from the perspective of the witches, and the actors have the fluid, almost shape-shifting task of playing warlocks who are playing the human characters — and that includes two women, the vicious Lady Macbeth and Lady Macduff, slaughtered with her small children by Macbeth's hirelings.

"I felt it would be interesting to do a production with an all-male cast: What would that make of the play?" muses O'Hara. He adds that his choice is essentially no different from choices made by directors using "all women, all white people, all black people. If you can find something in the play to hang your hat on, you could set it anywhere, do anything with it." He has seen a Nazi version of Macbeth, he says, and "a naked Hamlet in Central Park. Shakespeare can hold anything."

Some directors switching a character's sex massage the text, changing "he" to "she," "lady" to "lord" or "prince" to "princess." And when men play women or women play men, it can change relationships, subtly or otherwise. Will Macbeth and his wife be presented as gay lovers in O'Hara's production, or will men playing women feminize their voices and movements? Shakespeare himself used boys whose voices had not yet broken in female roles because women weren't allowed to perform on stage in his time. But O'Hara is interested in neither approach. "I'm not changing any of the text," he says. "My job was to do Shakespeare. I'm using a concept like anybody who does Shakespeare. I'm not changing the gender of the characters, just having all the characters played by men: Lady Macbeth is a woman; Macbeth is a man. We're playing character, not gender. What is the character saying in this moment? What does the character want? Those gender roles are blurred, which is what's exciting. Witches can be both genders or all genders at the same time. There's a ring of possibilities.

"Macbeth is not a witch, nor are any of the characters. They're just being played by witches," O'Hara adds. "Every now and then the audience realizes, 'Oh, my God, this is a witch.' How can that enhance the story of Macbeth, how does it change the story, the words? If you did the play with seven-year-olds, some of the lines would read differently. Not that we're changing the essential meaning because of the witches, the warlocks – it's a ritual to them. We color the way the ritual is presented, but it is still the ritual.

"What if Macbeth was a ritual performance done by the people who are usually blamed, and they carry magic with them?" O'Hara continues. "The play already has its magical properties. It's fun how the concept meets the storyline, and when the witches do the characters dressed in Jacobean clothing."

O'Hara is delighted by his experience at the Denver Center. "It's difficult when you are considered a new director to be offered Shakespeare at major institutions," he says. "That's sort of a catch-22. You can't do tons of Shakespeare unless you've been offered tons of Shakespeare, so I'm very excited about this opportunity.

"This is one of the largest theaters in the country. Their tech is really amazing – just the sort of visual feats that they're able to achieve. I was able to get almost everything I wanted, in quite wonderful ways."

O'Hara hopes his audience will come away "having had a unique experience, having seen something that made them think and made them excited about theater. It's in the round; everyone in the audience can see everyone else watching the show. There's almost a sporting-event feeling.

"I do think you will have fun," he says. "The fun is what you think is coming up and how we diverge or enhance it. Nothing I do is going to change the reverence we have for the play. I'm just investigating it down this one path."