St. Patrick's Day is an introvert's nightmare. Just look at that face. Jef Otte
St. Paddy's Day in the United States is an extrovert's delight. From morning ’til night, people drink dyed-green beer, wear green, drunkenly torment people who refuse to wear green, puke on their green outfits and celebrate all things Irish — or at least some bizarre set of stereotypes the United States has embraced about the Irish, most of which involve green.

This year, because the holiday falls on a Friday, festivities have been extended for nearly two weeks, making introverts grumble.

Well, for those bookish types who prefer a quiet and contemplative St. Patrick's Day weekend reflecting on Irish culture and history without public displays of emerald insanity, we've drawn up this list for you. 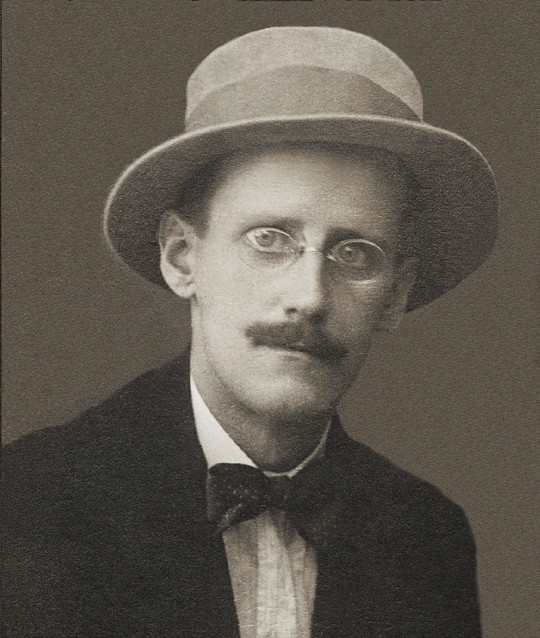 In part because the Irish have been so unlucky, the country has produced an incredible body of literature. Pick up a James Joyce novel. Dubliners, his collection of short stories, is entirely readable and enjoyable. The author became a bit more experimental in A Portrait of the Artist as a Young Man, which you can easily digest in a couple of days if you didn't already read it in high school. By the time he wrote Ulysses, Joyce had begun to go haywire — in a genius way. A note of caution: If reading that entire classic seems too ambitious, crack open your dusty copy and enjoy just one of the rich chapters about a day in the life of Leopold Bloom. Pick up Finnegans Wake, which some Joyce scholars claim nobody has ever been able to plow their way through, and you will feel like you've lost your mind.
2. Read Heaney

If Joyce is too longwinded or you prefer reading poetry, grab a book full of Nobel-winning poet Seamus Heaney's works. He published more than twenty volumes, so one of those should be in the library stacks. Most of Heaney's pieces are ornate, highly crafted poems that mine everyday life for exquisite beauty. If many twentieth-century poets veered toward brutal language, Heaney preserved a tradition of poetic preciousness, and no matter your taste, his words are sure to wow you.

Are you a history buff? Do you prefer primary sources? Check out The Confessions of St. Patrick, in which he spills the beans on his own life, blasts Christians for selling fellow Christians into slavery and pontificates about his faith. Amid all the irritating poser leprechauns with poorly performed Irish dialects, it's easy to forget that first and foremost, the patron saint of Ireland was a missionary, a guy who went around pestering people to agree with his religious views. If you don't like door-knocking true believers, you probably would have loathed him. But before you make that judgment, consider reading his autobiography.

4. Keep the Potatoes in the Cellar

Unless you're celebrating the patron saint of Peru, this is not the holiday to wallow in the wonders of potatoes. The humble potato did become an Irish staple, but only after it was imported from the Americas — and when the crops failed, people starved. You know, the Irish potato famine. Before that, the Irish ate cheese — and a lot of it. They also ate cabbage, onions and parsnips. Meat, yeah, on occasion. But if you want to be authentic: Boil a head of cabbage and eat some cheese curds. Yum?
5. Drink Alone

Okay, this is probably bad life advice. But if you're an introvert, there is no reason you should be deprived of a Guinness or a snort of Jameson. It's a suitable time of year to make an exception to the never-drink-alone rule. Just do so in moderation, and you'll probably be more in control than the extroverts who pride themselves on only drinking green Coors Light with friends, because somehow that makes them less of an alcoholic than stay-at-home you.

This Irish movie has little to do with St. Patrick's Day — actually, nothing. But it's a blast to watch. It tells the story of a small town in which an old man, an introvert, wins the lottery and then croaks out of joy. His fellow townspeople rally to keep the money in town. It's charming. It's sweet. And it's a nice break from the religious, drunken bravado.
7. Listen to the Pogues

We suspect that once-gnarley-toothed Pogues frontman Shane MacGowan is an introvert forced into public, and that's probably why he seems to have been drunk for decades. Not everybody can stomach the Pogues or MacGowan's drunken antics, but if you can, crank up the volume and have a one-person dance-a-thon — in your underwear (which doesn't have to be green). If you like the idea of partying, but don't actually want to be around people, this is the way to do it.

8. Go Down a Pagan Internet Wormhole

You know how St. Patrick supposedly drove the snakes out of Ireland? Neo-pagans are pretty sure their spiritual ancestors, Druidic priests, were those snakes. Google it. And give yourself a few hours. Because soon you will be up to your eyeballs in blog posts about the subject.
9. Sing "Danny Boy"

If you have a few minutes of self-pity this weekend and start contemplating your death, sing "Danny Boy," picture yourself buried alone in a vast landscape of grassy, rolling hills, and cry your sweet, introverted eyes out. Imagine the sound of bagpipes carried in the wind from far, far away and the joy of no people bugging you at your grave.

10. Go Out
Still pitying yourself? Fine. Get out. See the parties. Feel the energy of the crowds. And then go back to your abode, head held high, grateful you're able to enjoy your St. Patrick's Day weekend solitude.