Storycraft takes tale-telling from rough draft to the stage. Storycraft, courtesy of Laura Condi
Denver is a storyteller's town. Ongoing programs like the Narrators, Raconteur Denver, the Denver Moth StorySLAM and Boulder's Truth Be Told thrive in a niche that falls somewhere between standup comedy and performance art. But Denver transplant Laura Condi thinks there’s room for one more event. Her venture, Storycraft, differs from the others in that each story presented has gone through a collaborative vetting process, drafts and rewrites before it ever reaches the stage. The series debuts January 19 at Syntax Physic Opera, with performances by seven handpicked author/storytellers.

Laura Condi shares a story.
Courtesy of Laura Condi
It all began when Condi arrived in Denver a year and a half ago from San Diego, where she’d participated in a similar program. “Writing is an isolating hobby or career, and I wanted to find a creative collaborative community of like-minded people,” she says. In short, “I was looking for new friends. I’m not into bar crawls or soccer teams — I’m one of those people who likes to write in a journal and listen to This American Life. It’s harder to find others like me, so on a whim, I decided to do a show to help me find people.

“Four or five months ago, I started going through the local storytelling shows, where I’d creep around in the back, scouting people who had potential,” Condi recalls. Then she posted an ad on Craigslist and began to get  responses. “Once word was out," she continues, "I gathered fifteen to twenty interested people over the course of four months, and we had a meet-up session to hear ideas and see if everyone was on the same page.”

Confirmed participants each submitted a draft of a story to the group, and each member cast votes for his or her top four picks. The stories with the highest composite scores made it into the final show. 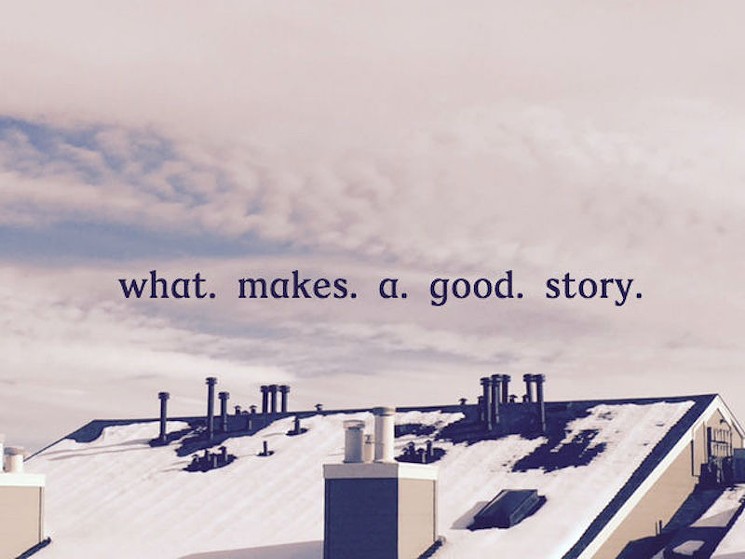 Courtesy of Denver Storytelling Project
“There’s a lot of critiquing and polishing that goes into the process,” explains Condi. “Following this democratic process of determining what we wanted to see, we had seven storytellers go through two different table reads and saw their stories go from rough drafts to more polished finished products.”

Then came preparations for the public readings, which in some cases included performance coaching. “I’ve gone through a lot of free-form shows with good off-the-cuff, vulnerable moments,” Condi says, explaining that the Storycraft model adds more depth to the moment. “This is a labor of love. Everyone who participates in our workshopping process has struggled to find the most effective way for the story to reach an audience.”