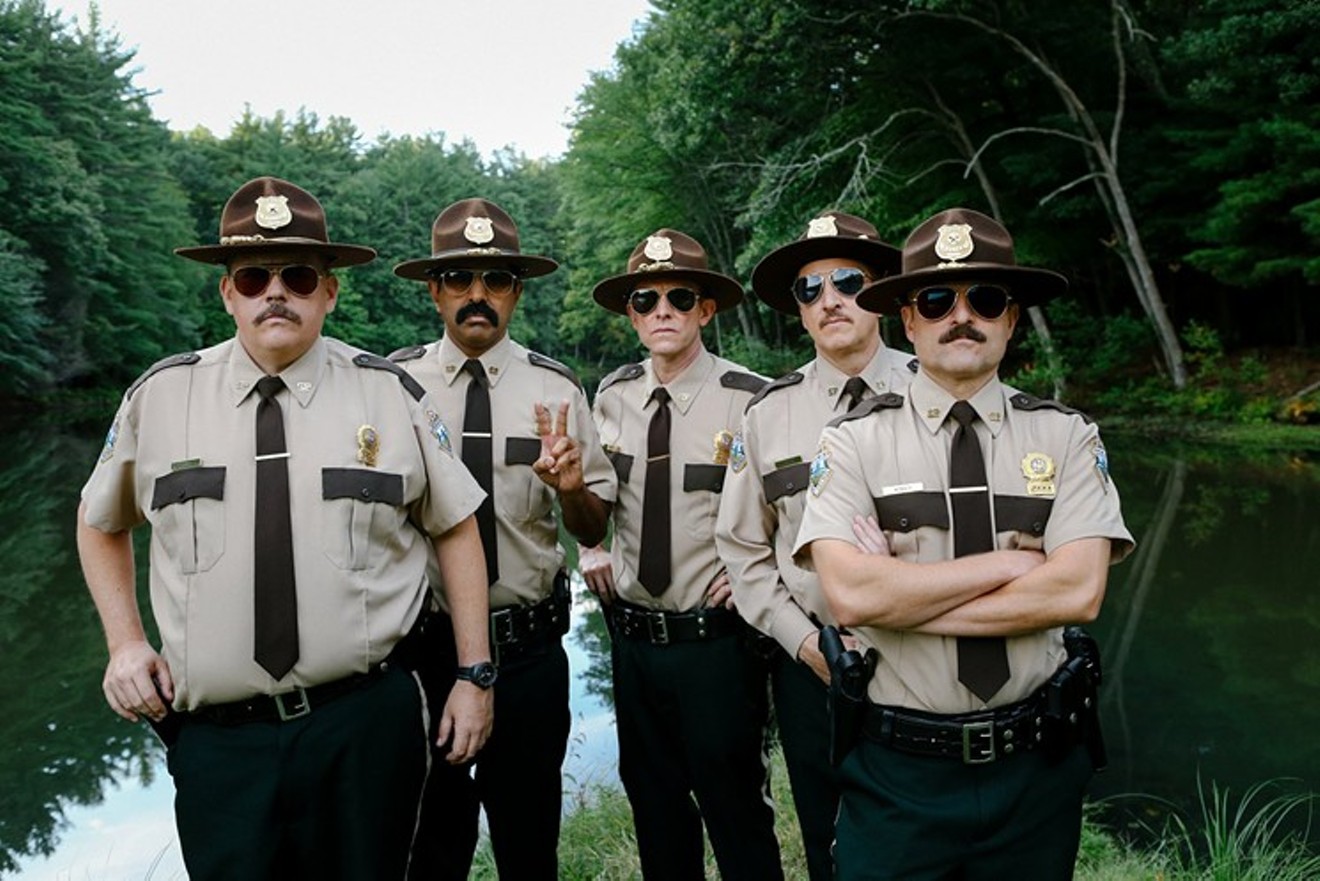 Fox Searchlight
Although Super Troopers 2 took seventeen years to make, fans not only stayed faithful to the original film, but helped fund the sequel. Chief among those fans: the folks behind Denver-based Sexpot Comedy, whose support earned them a credit in the new movie. But don't count critic Alan Scherstuhl among those fans; he considers Super Troopers 2 a "buzzkill." Specifically, he writes: "The sequel is so profound a buzzkill, they could sell it at GNC as a detox kit. No high can survive it. It slays fun dead, grinds cannabinoids to dust, and maybe even wipes the mind of the warmth you might hold for the original Super Troopers."

But Ryan still has warmth for the original. And he turned up the heat on Scherstuhl:

While it wasn't as good as the first, it isn't as bad as Westword is making it out to be. He writes as if this movie beat him up in high school and he holds it responsible for everything that has gone wrong in his life. Chill, bruh. It's a comedy.

I'll come out and say it. The first one was also lame.

It was funny. Lots of laugh-out-loud fun. Seriously, dude, you don’t have to be an edge lord to write movie reviews.

Was this written by one of those insufferable hipsters who claims that every band people have actually heard of sucks?

Have you seen Super Troopers 2? What did you think of the movie? The original?

But is Scherstuhl the real buzzkill? Post a comment below, or email your thoughts to [email protected]