Film is an art form, one that Denver's Museum of Contemporary Art recognizes with Reel Love. Curated by Denver Art Museum film curator Tom Delapa, the current series traces the history of avant-garde filmmaking in this country.

The reputation of late New York artist Alice Neel has been on the rise for decades, and her work became especially important to expressionists and to women artists beginning in the 1970s. It was then that Dianne Vanderlip, living in Philadelphia, organized the first-ever retrospective of Neel's career. In so doing, Vanderlip found herself on the ground floor of the discovery -- actually the rediscovery -- of Neel. Now, almost thirty years later, it seems appropriate that Vanderlip, the Denver Art Museum's curator of modern and contemporary art, would snag Alice Neel, the latest retrospective on the artist. Like that first show, this one came out of Philadelphia, and it packed in the crowds when it came to Denver this past fall and winter. Much to her credit, Vanderlip presented Neel's triumphs in a coherent, chronological way, something that's rarely done anymore.

Between the Lines: Word Works by Roland Bernier

Letters of the alphabet -- painted ones, wooden ones, mirrored ones -- made up a total environment for Between the Lines: Word Works by Roland Bernier at the Denver Art Museum. They climbed the walls and were stacked on pedestals covering the floor. Some were arranged into short words, though the meanings of the words were irrelevant, since Bernier's point wasn't to tell stories, but to create something purely aesthetic. And although it's not easy to use words without bringing in their meanings, Bernier did it. This show -- dedicated to the seventy-year-old conceptualist -- was put together by the museum's Nancy Tieken, and it was one of those rare occasions when a Denver artist was given the royal treatment at the DAM. 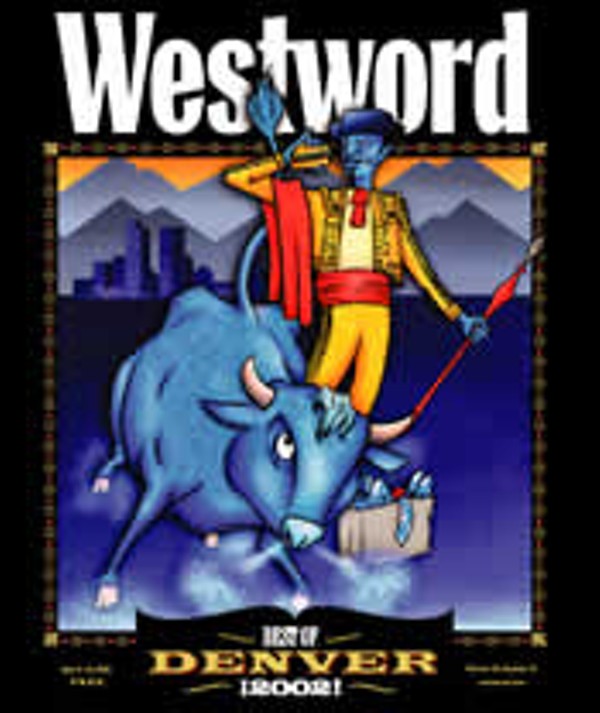