Best Place to Say It Straight Have something awkward to say? Prefer to do it by mail to avoid uncomfortable silences? Wordshop has just the greeting card for you. An example: A card with two lovers on the front; the outside says, "Let's be together tonight," and the inside says, "But when we're done, I'd like to leave." Loud. And. Clear. Or how about a get-well card that says, "Would it hurt if I flicked it?" Or a card with a stick figure, complete with testicles, that simply says, "Balls are funny." And for that hot inmate who dumped you via post? A card that says, "You broke my heart. Just thought you should know."

Local DIYer Kym Bixler figured out a great way to tap into your musical nostalgia while leaping headlong into the future. She takes old broken cassette tapes from the '80s — Cyndi Lauper, the Police, the Thompson Twins, to name just a few — splits them open and sews a felt lining inside. Then she adds a zipper to seal it up, and presto: a retro case that perfectly fits most smaller iPods. Of course, they can also be used as wallets or business-card holders, but nothing says hip like earphones emerging from an old tape. 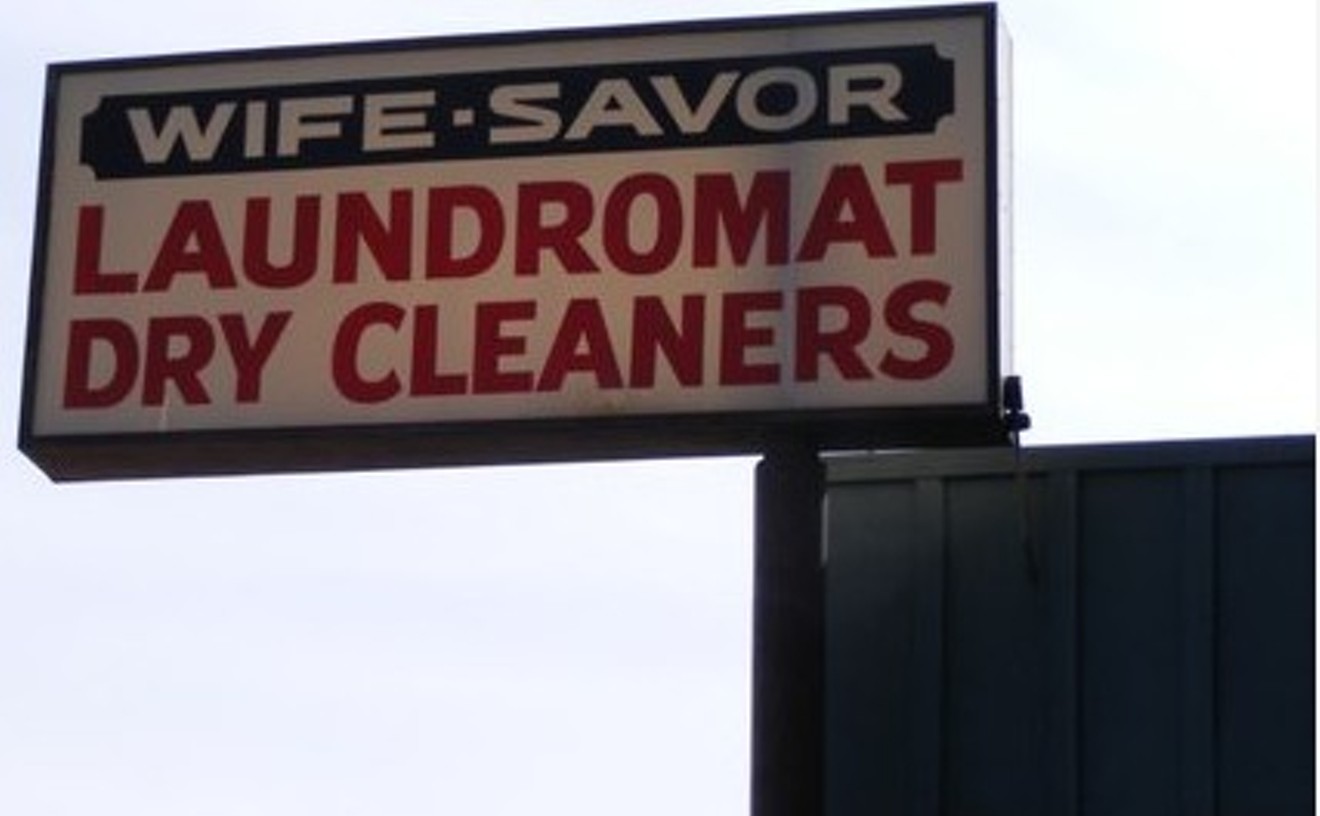 Washing machines help keep men looking their best and are often taken for granted until they need repair or replacement. Which pretty much also describes the role of a wife in some marriages. Typically, divorced men suddenly find them­selves without a wife or washer, and there is no better place to heal the hurt than at the Wife Savor Laundromat. The name itself forces the newly single philaunderer to fully appreciate all that is lost with the folding of briefs and the balling of socks. The act of peering into the drier's void while watching one's clothes tumble over themselves endlessly is the perfect metaphor for what the future holds. Insert additional coins to buy more time.

Getting ready to throw out your old lawn furniture? Open Air Chair Repair has the vinyl solution. This company will repair, restore and restrap your old outdoor furniture, pulling from a stock that includes more than fifty colors of vinyl. The repairs may not come cheap, but restoring outdoor furniture is a lot greener than tossing it and starting over.

Just thinking about bedbugs is enough to make most people squirm — and everyone squirms a little faster when they hear that bedbugs are on the rise in Denver, showing up in apartment complexes, dorms, even homes. After leaving the corporate world, Leon Bayha got the bug to do something about these little critters, and he put his handy canine sidekick, Buzz, through 800 hours of training at the Florida Canine Academy. Working together as Colorado K-9 Detective Services, Bayha and Buzz can track down bedbugs with deadly efficiency — and put all those squirmy concerns to rest. 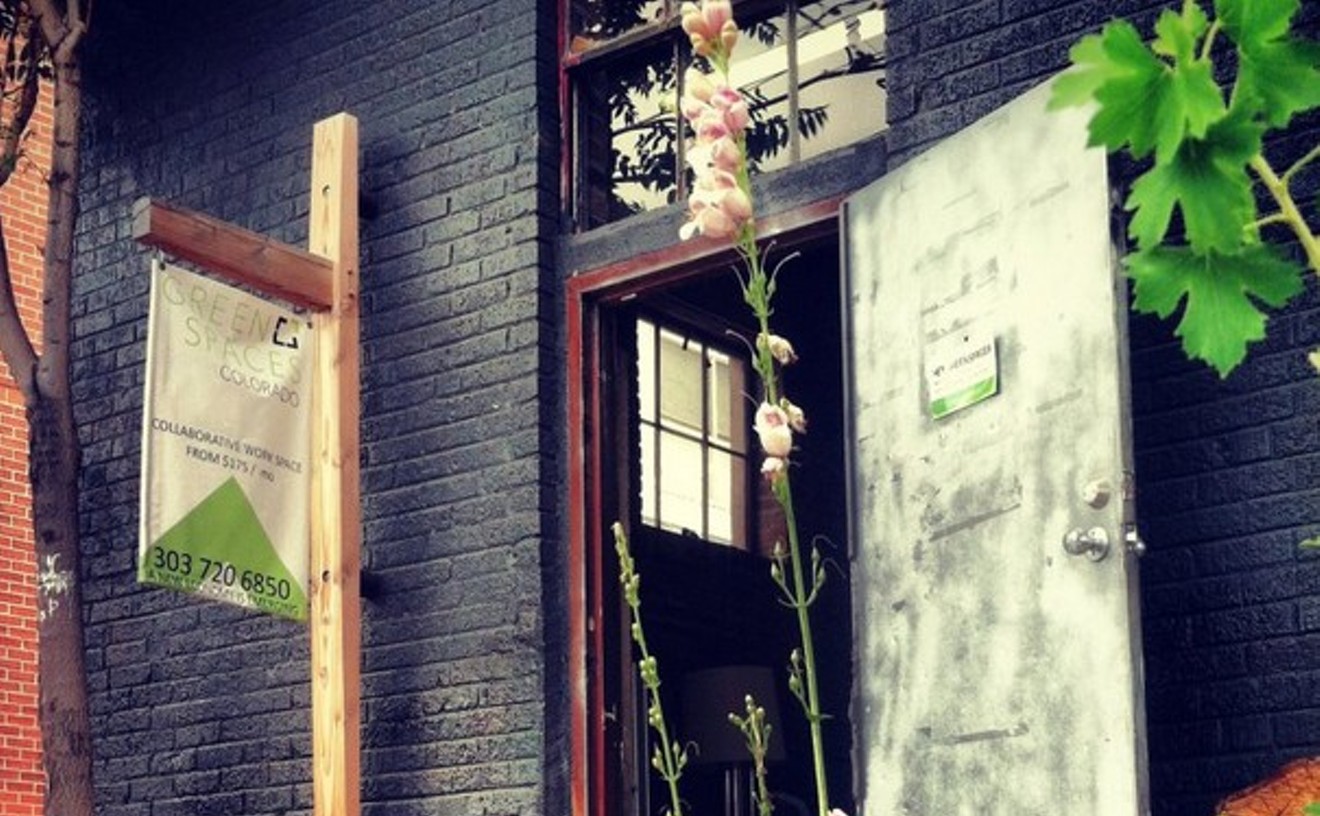 When former Wall Street banker Jennie Nevin moved from New York to Denver last year, she brought a great idea with her. Like its flagship in Brooklyn, Green Spaces is a collective workspace where eco-preneurs share space, vision and inspiration — as well as copy machines, recycling bins, land lines and even interns. Located in an appealingly open former warehouse in the RiNo district, Green Spaces triples as a workplace (desks and cubicles are rented by the month), event hall and gallery of furniture and art fashioned from reclaimed materials. Most excitingly, it's an incubator for some of the city's forward-thinking new businesses. Open to everyone who's willing to maintain a code of sustainable practice in the workplace, Green Spaces is an idea that's catching on: The next one sprouts in Los Angeles later this year.

Since a lot of folks are trying to find new ways to change the face of how we travel through the city, here's an idea whose time might just be now: Go online, join eGO CarShare and gain the ability to reserve and borrow a Prius or Fit for a day. The fee includes gas and insurance coverage — and freedom from the headache of car ownership. eGO currently has cars available downtown and in west Highland (with more to come in Denver), as well as numerous locations in Boulder.

The seminal roots of steampunk, the stuff of Victorian vibes paired with airships and fabulous machines, lie in the literature of Jules Verne and H.G. Wells, while the subcultural movement's takeoff in more recent times owes its sensibilities to such modern authors as Philip Pullman and William Gibson. But one of steampunk's more delightful physical offshoots is the cultish costumery embraced by modern followers: a peculiar thing highlighted by its use of watch gears, reassembled machine parts and curiosities from nature cast in metal. And Denver jewelry maker Melissa Tomerlin has it down cold: Her fabulous Gold Bug brooches, constructed of gears ticking away among skulls, dragonflies and other winged embellishments, ARE steampunk. Find them at Peppermint, 1227 East 17th Avenue. 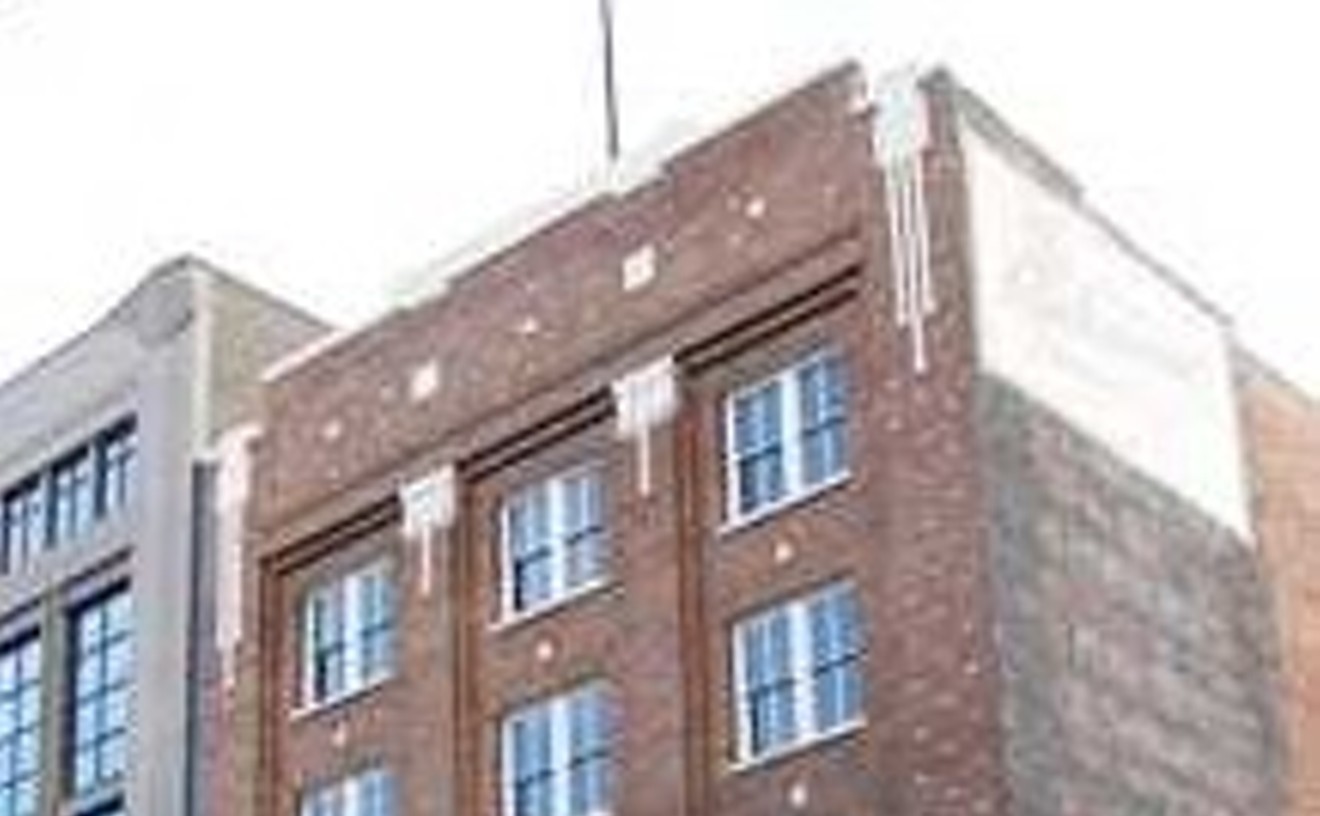 Rockmount Ranch Wear, housed in a red-brick 1908 LoDo building since it opened more than sixty years ago, represents the soul and spirit of downtown, standing tall through decades in a changing metropolis. The Western-wear emporium's own history begins with founder Jack A. Weil, a stalwart businessman who invented the archetypal snap-button Western shirt and worked nearly every day of his 107 years. Pure legend. As are those shirts, embraced by locals as much as celebrities, and classic in every stitch and detail. 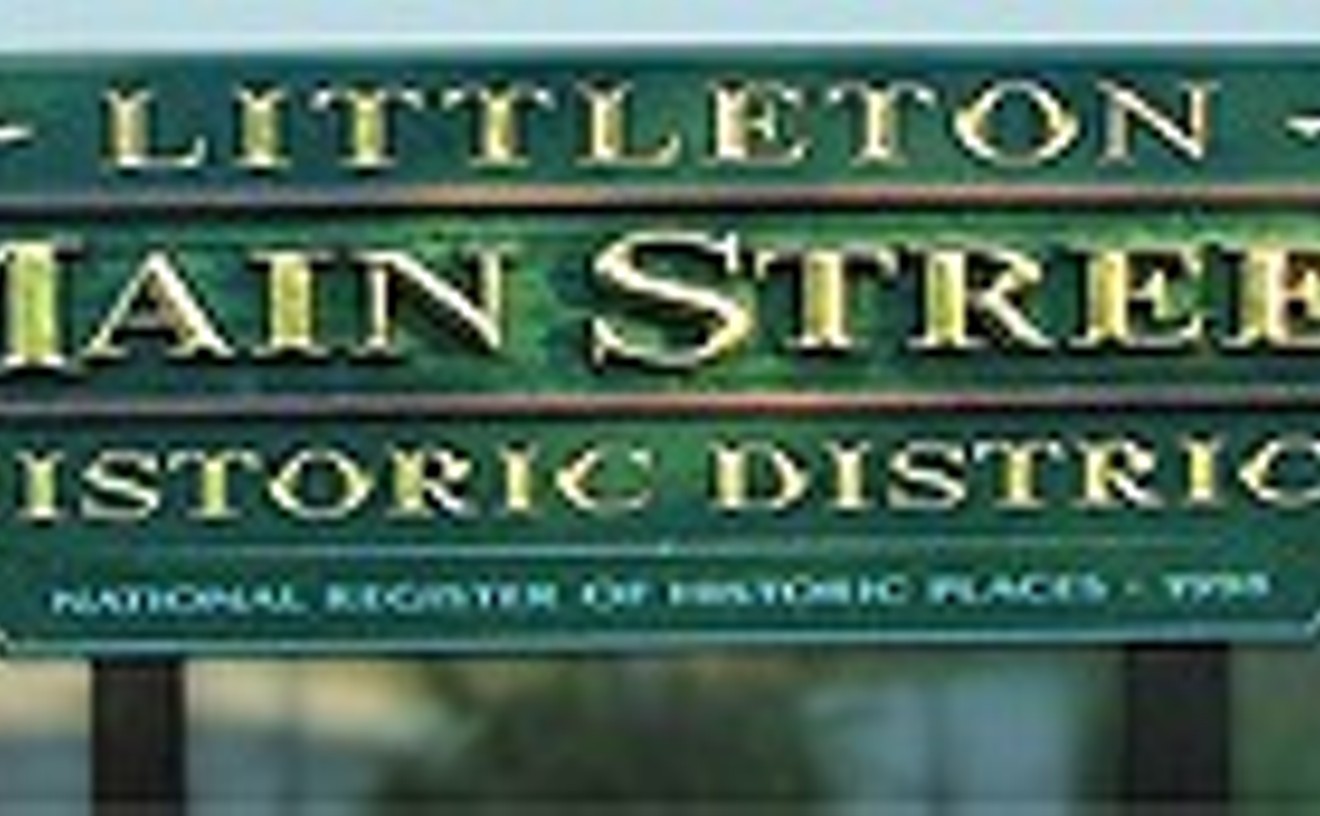 The brainchild of a quartet of Downtown Littleton retailers — Marsha Asheim, Sue Coffey, Peggy Cooper and Amy Doherty — this distinctive market sprung right up along the town's Main Street during its first go-around last year, an attempt to bring back the spirit of A Paris Street Market, which began in the heart of the Littleton business district before moving to the roomier Aspen Grove a few years ago. The good news is that the market — more of an arts fair crossed with a sidewalk sale than a typical flea — worked. The Olde Town, which developed its own inimitable character during last year's run, will be back beginning in May with some experience under its belt and a similar mixture of new, vintage, girly and artsy wares.