Exposure: Photos From the Vault

It took the Denver Art Museum over a century to finally decide that photography deserved its own department. The first step was to hire a curator: Eric Paddock, who used to fill the same role at the Colorado Historical Society. To create the new department (previously, photography had been split between several), Paddock looted the museum's storerooms for treasures, many of which hadn't been seen for many years, if ever. The resulting show, Exposure: Photos From the Vault, featured many of the pillars of photo history, including Eadweard Muybridge, Ansel Adams, Alexander Rodchenko and Garry Winogrand, as well as some of Colorado's top photographers, such as Kevin O'Connell, Ruth Thorne-Thomsen, Ronald Wohlauer, Robert Adams, Laura Gilpin, George Woodman and Wes Kennedy. Paddock's work on this first effort for his department indicates that there will be many more great things coming; we can't wait to see what develops. 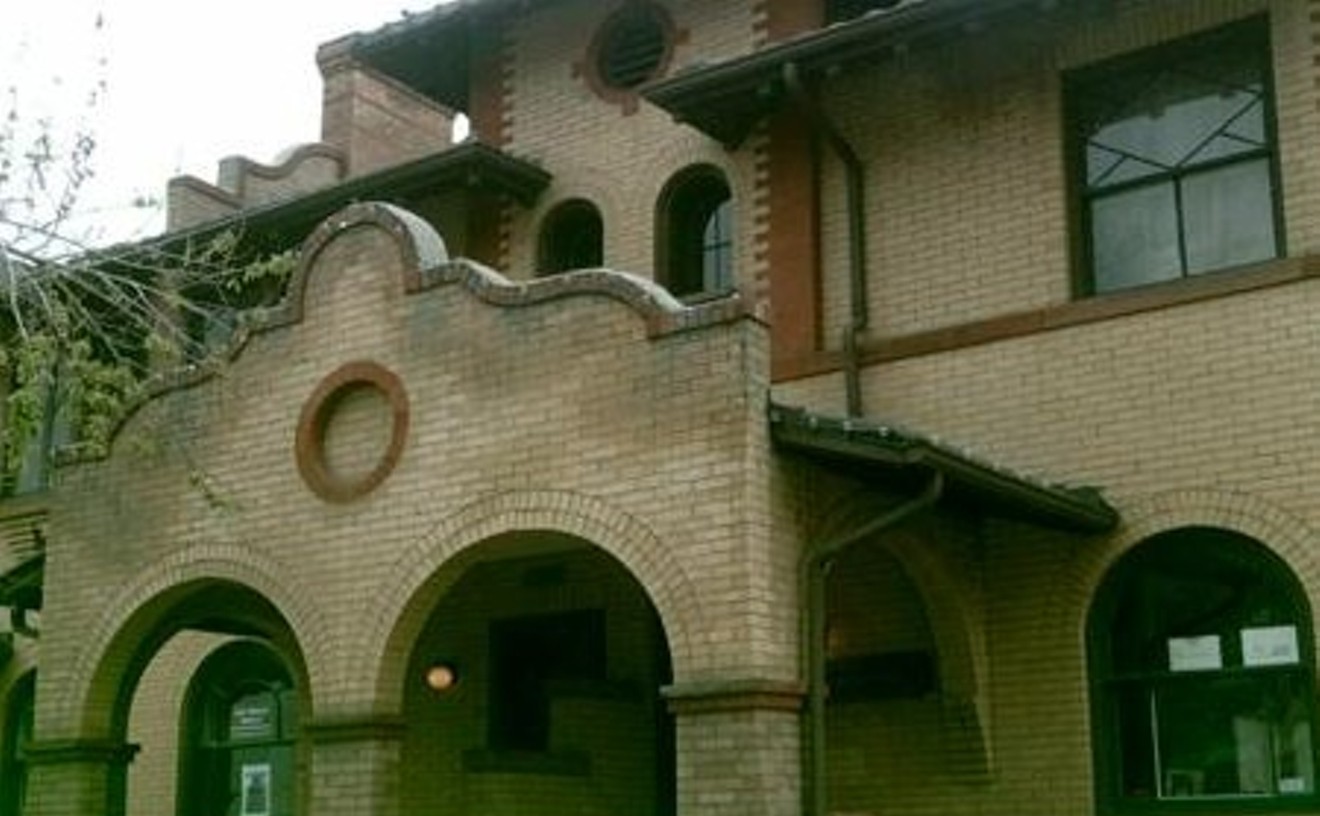 Denver's wizard with PhotoShop — as well as makeup and costuming — is John Bonath, whose solo Blurring the Edges filled the funky and charming Camera Obscura Gallery to its rafters with magic-realist photos of people in oddball settings. To produce his images, Bonath sets up scenes using actual materials, then makes up his models and dresses — or undresses — them before taking multiple shots and combining them in a computer, creating montages. Sometimes he even goes in and paints the images after they've been printed. Though not a retrospective, the show included several bodies of work by Bonath that spanned the last few decades, providing some nostalgic history for a gallery that's been the city's photo specialist since the 1970s but will soon be closing for good.

Best Place to Buy the Art of Colorado's Past

Randy Roberts is a bohemian's bohemian, so it's surprising to some that he's also clearly an art connoisseur. A couple of years ago, he added Z Art Department to his mini-modernist shopping center on Speer Boulevard that also includes Zeitgeist and Z Modern, shops devoted to vintage and contemporary design, respectively. As can be inferred by its name, Z Art Department sells art — but the name doesn't hint at the broad range of Colorado artists you can find here. The gallery has devoted solos to Al Wynne, Herbert Bayer, Dale Chisman, Edward Marecak, Roland Detre, Winter Prather and others. And while shows at places like the Kirkland feature works that have already been snatched up by somebody else, at Z Art Department you can still snag some masterpieces for yourself.

Best Place to Eat and Hang Out With Rock Stars

The Illegal Pete's outlet on the 16th Street Mall has long been Denver's unofficial punk-rock burrito epicenter, but this year the restaurant made it official with two outreach efforts: The Starving Artists Program feeds out-of-town bands here on tour, and the Eat and Greets sponsored by Suburban Home are a direct byproduct of that program. After all, if visiting bands are going to stop by Illegal Pete's for some free food anyway, it only makes sense to invite fans down to meet the musicians and listen to a quick acoustic set or two. It's a win/win/win deal: The act gets fed, the fans get a show, and Illegal Pete's gets some extra business.

Best Place to See and Buy the Art of Colorado's Future

Even Younger Than Jesus 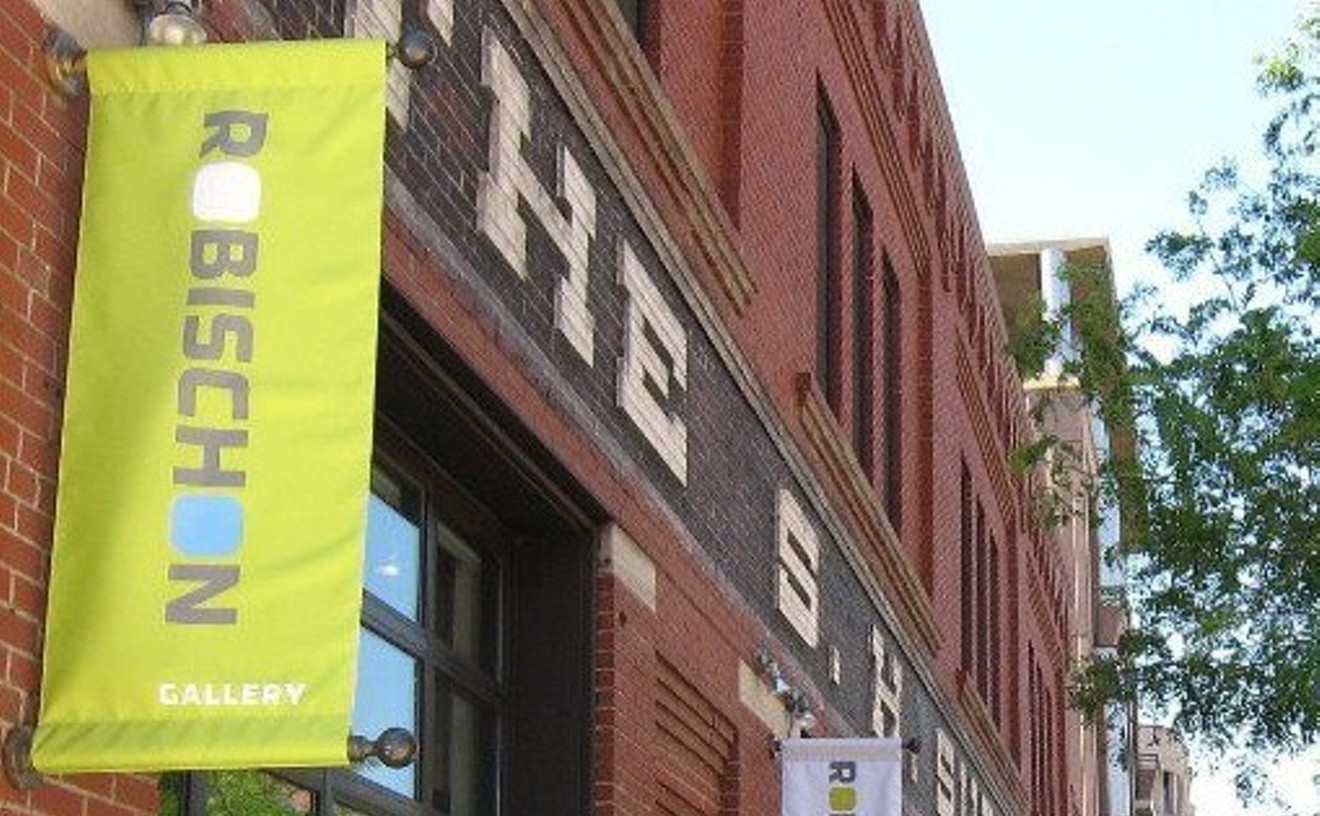 The evocative — and provocative — title of Even Younger Than Jesus, presented over the holidays at Robischon Gallery, Denver's flagship art venue, referred to the fact that Christ was said to have been crucified at the age of 33, so everyone featured in this wide-ranging group show was that age or younger. While artists from around the country were featured, many were from right here in Colorado — with a significant number of those relatively recent graduates of the Rocky Mountain College of Art and Design. Even Younger Than Jesus included such artists as William Lamson, Sterling Crispin, Noah Manos, Christine Buchsbaum, Letha Wilson, Zach Burk, Derrick Velasquez, Brandon Bultman and, last but hardly least, Ian Fisher. The graying art scene is always on the lookout for fresh young talent, and this show was packed with it.

Real Pirates: The Untold Story of the Whydah From Slave Ship to Pirate Ship 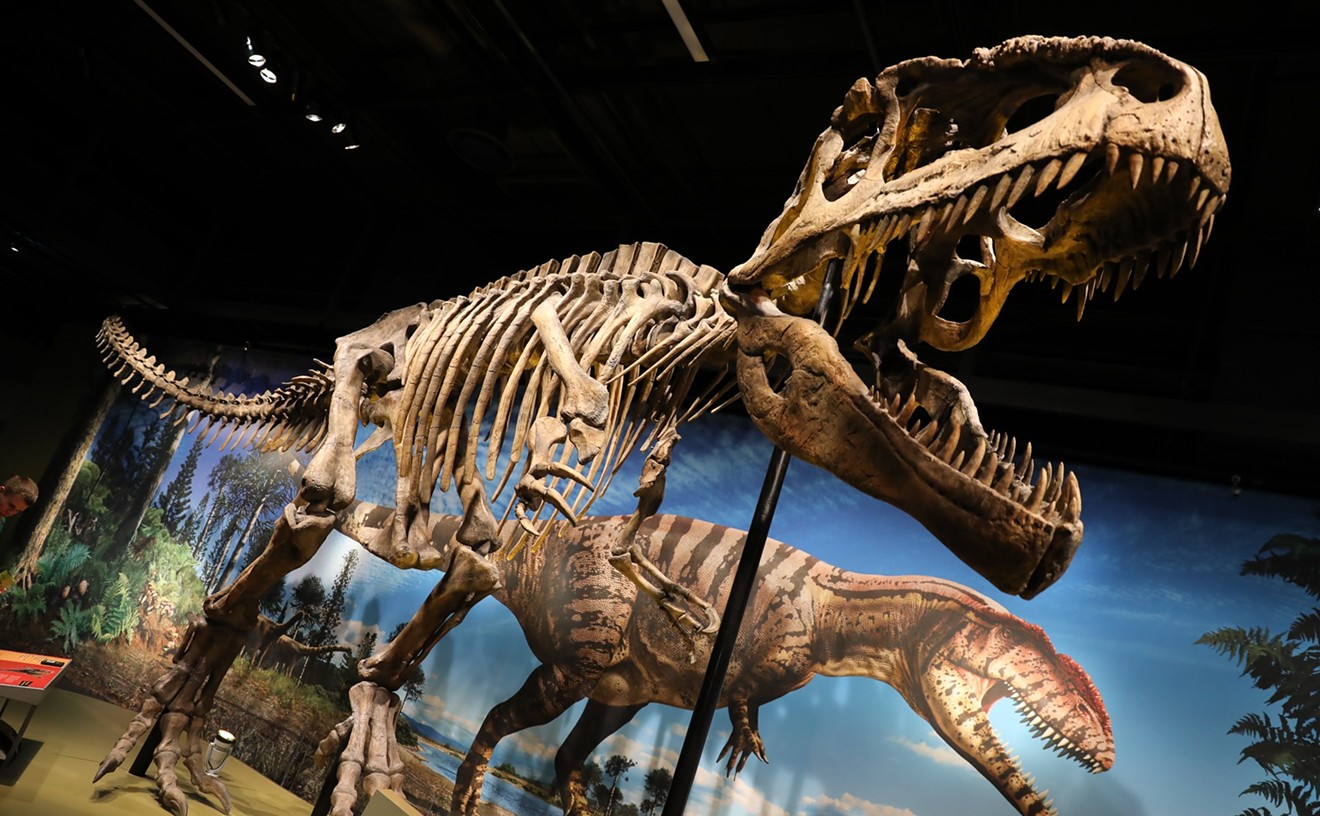 Ahoy! Besides being the only place in the entire world where you can currently go to see real, actual, verifiable pirate treasure — although it's not the only treasure ever dredged up from a shipwreck, it is the only treasure ever confirmed as having been possessed by pirates — the Denver Museum of Nature & Science is the only place in town where you can see real people employed as pirates. Sort of. They're actually employed as the pirate equivalent of Civil War re-enactors, but close enough in this landlocked town. As part of its Real Pirates: The Untold Story of the Whydah, the museum hired a bunch of regular folks to dress up and talk like pirates and hang around the exhibit, presumably with the goal of making people either mildly amused or mildly uncomfortable, sort of like clowns. It's one of the weirder jobs we can think of, but then again, in this kind of economy, it might just be the best alternative to the real thing.

Best Place to See the Art of Colorado's Past 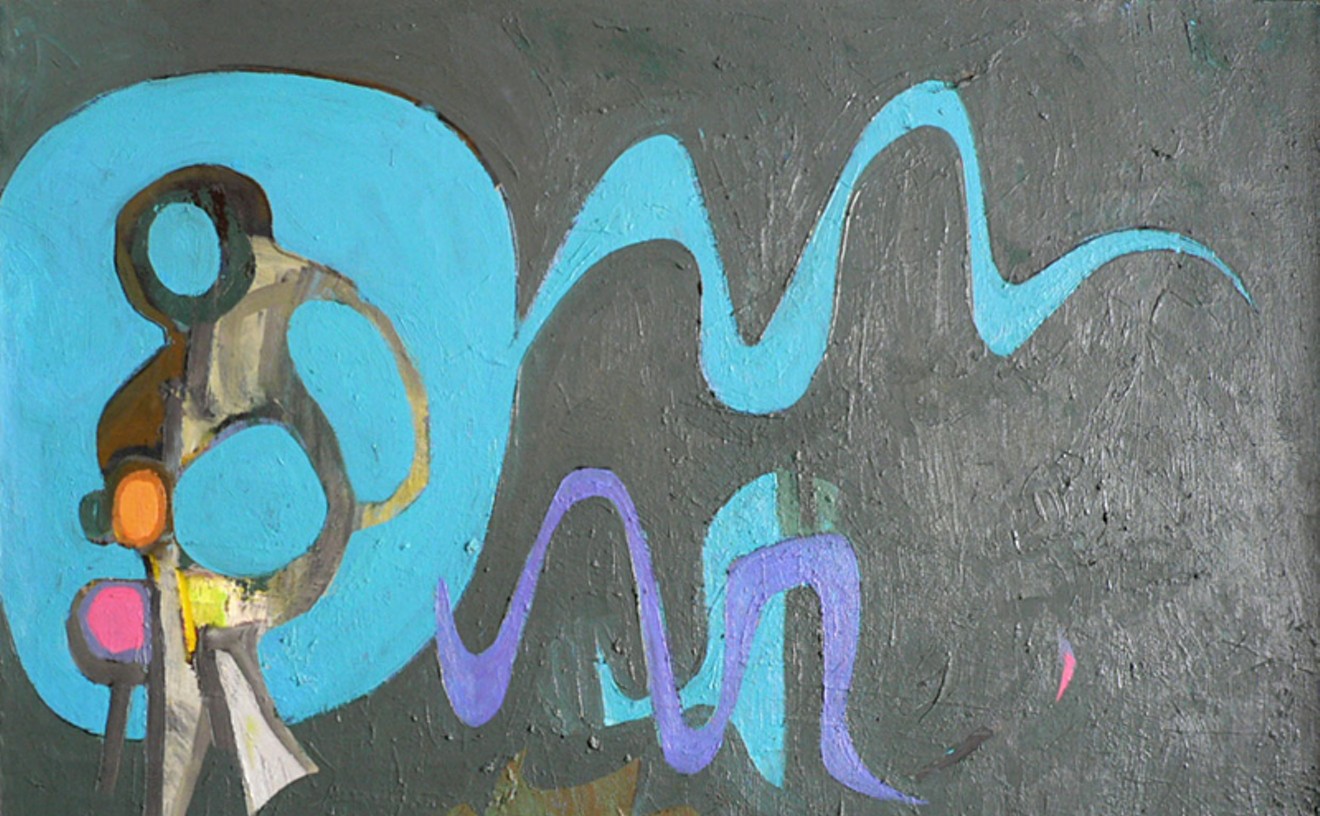 When Vance Kirkland, Denver's premier mid-century modernist painter, died in 1981, he left his estate of magnificent watercolors and paintings to Hugh Grant — the artist's longtime friend who is decidedly not the well-known actor with the same name. In the late 1990s, Grant decided to share the collection with the public, a decision that resulted in the founding of the Kirkland Museum of Fine & Decorative Art several years later. But Grant didn't stop with showing all those Kirklands; he also began to acquire work by other artists from Colorado's glorious past. Today it's almost impossible to list the scores of local art stars represented in the Kirkland's impressive collection; there are pieces by William Sanderson, Edward Marecak, Nadine Drummond, Gene Matthews and Roland Detre, to name just a few. The Kirkland also has genuine depth in Colorado ceramics, with many works by the likes of Betty Woodman and Nan and Jim McKinnell, among a host of others. Since most Denver institutions long ago abrogated their responsibility to the art of our state, it's great to see the Kirkland so ably filling the breach. 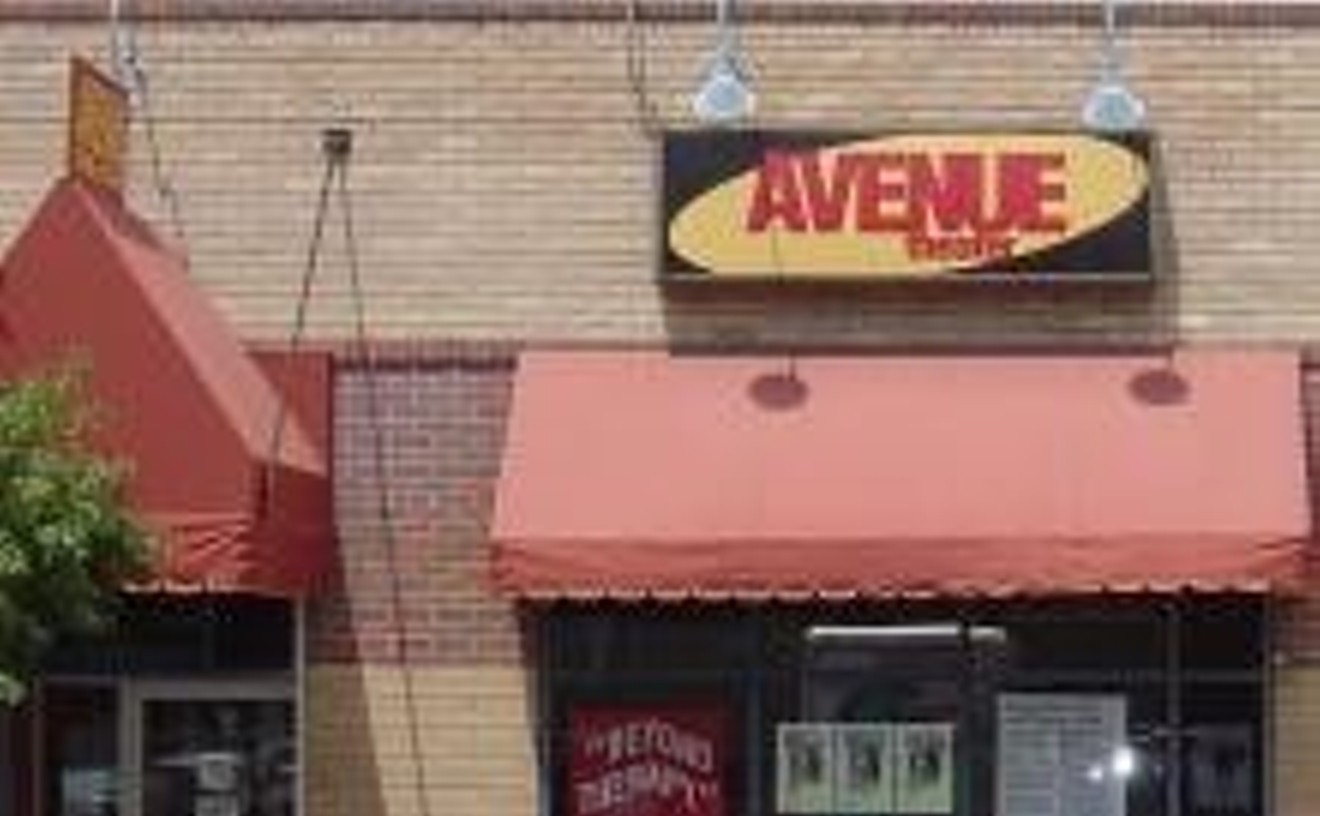 You don't get serious political theater around here much — the last we can remember were two productions of My Name Is Rachel Corrie, one of which showed in Denver a couple of years back, and one later in Boulder. But then The Container arrived at the 73rd Avenue Theatre Company. Staged in a large shipping container, this play packs actors and audience members together in claustrophobic half-darkness and tells the story of several desperate souls who have risked everything to flee the poverty and repression of their homelands and create new lives in the United Kingdom. The characters include Mariam, who saw her husband beheaded by the Taliban, and a mother and daughter fleeing the squalid conditions of a refugee camp in Somalia. In most countries, the conversation about immigration is narrow, filled with false assumptions, often racist; this company deserves kudos for showing how complex the issue really is and the profound moral dilemmas it poses.

Jaime Kopke came and Jaime Kopke went; after the local design blogger gifted Denver with a popular Pecha Kucha series and the ephemeral Denver Community Museum pop-up venue, she shut down the popular hands-on people's museum and headed off to England for grad school. It was a long year, but now Kopke's back and working with local museums to create new participatory art experiences for regular folks. Since her return, she's offered assistance at the Denver Art Museum's monthly Untitled event and co-hosted a DIY sweater-repair event; we can't wait to see what's next on her agenda.

Ken Weitzman's The Catch is about baseball, obviously, but also about human dreams, greed and self-delusion as the protagonist, Gary, schemes to catch a home-run ball that he thinks will restore the money he lost when his dot-com venture failed, in the process bringing back his estranged wife. In between frantic calculations, he wars with his cranky father, Sid. The Catch makes for a fast, entertaining, intensely theatrical experience that's also smart and emotionally involving. After a reading at last year's New Play Summit sponsored by the Denver Center Theatre Company, it was wisely chosen for full production — and lived up to all of its potential.