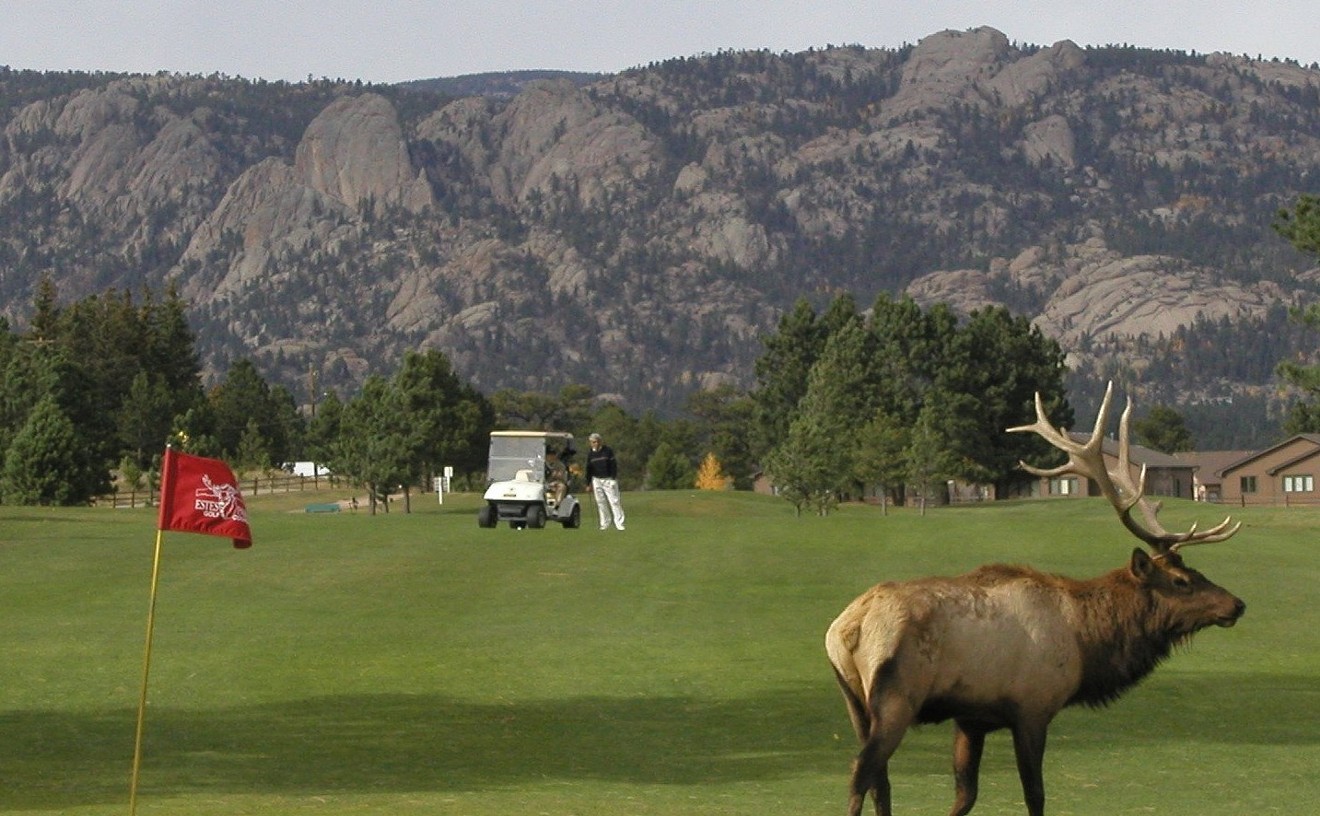 Set in a valley filled with elk and bordered by Rocky Mountain National Park, the Estes Park Golf Course will inspire you to hit that ball harder and farther. And with the altitude, it will almost make golf a sport as well. The eighteen-hole course and driving range are only open from April to October and include a pro shop, a restaurant and a gift shop. It's not Pebble Beach, and you'll be happy about that.

The Broncos were the second-worst team in the NFL in 2011 and ended up firing coach Josh McDaniels before the season was over. And then they hired John Fox, former coach of the only team that did worse. So it may be a while, folks. Luckily, so many people turned away from their TVs last year (especially during the October 24 59-14 loss to the hated Raiders) and toward more, uh, fulfilling pursuits that there will probably be a Denver baby boom in July (nine months from that date). With any luck, one of those Broncos babies will grow up to be the team's next Super Bowl-winning quarterback.

Last season, Breckenridge incurred the wrath of the snowboarding community, including the likes of Shaun White, when it built a meager seventeen-foot halfpipe — so 2008 — in the first Olympic year with the new 22-foot competition standard. Picky protesting pro snowboarders, including White and a handful of Olympic hopefuls, boycotted the Breckenridge stop of the Winter Dew Tour to focus on more serious training and events like the U.S. Snowboarding Grand Prix. This year the resort made amends, and how: The 22-foot superpipe, which debuted in December, in time to host the Nike 6.0 Open, was the most carefully crafted competition pipe on the pro circuit, and stayed that way all season as a centerpiece of the Freeride Terrain Park on Peak 8.

Boys may be cool, but the girls certainly don't drool at Regis Jesuit High, a private Catholic school in Aurora that separates the two. Led by fifteen-year-old sophomore Missy Franklin — who currently holds the U.S. record in the 200-meter backstroke and is expected to compete for a spot on the 2012 U.S. Olympic team — the gals ended Cherry Creek High's six-year swimming championship streak in 2011. The women's basketball team, meanwhile, was runner-up in the state championship. As for the gentlemen, they took state in golf, tennis and basketball (for the third year in a row, something last accomplished by Manual in '48, '49 and '50). The dudes were also runners-up in hockey, lacrosse and football. Raiders rule.

The worst part of heading up I-70 for a day of skiing or snowboarding? Heading up I-70. SkiBus Colorado helps ease that pain by providing rides to Keystone and Breckenridge. Not only does it eliminate the pain in the ass that is driving — especially in bad weather — but it has the potential to remove a fleet of cars that would have been on the road if every bus rider drove themselves. Departing from Breeze Ski Rentals and Colorado Ski & Golf locations, the bus offers a round-trip ride (and peace of mind) to Keystone and Breck for just $26; it also has package deals that include tickets. Save gas — and your sanity — by riding the SkiBus. 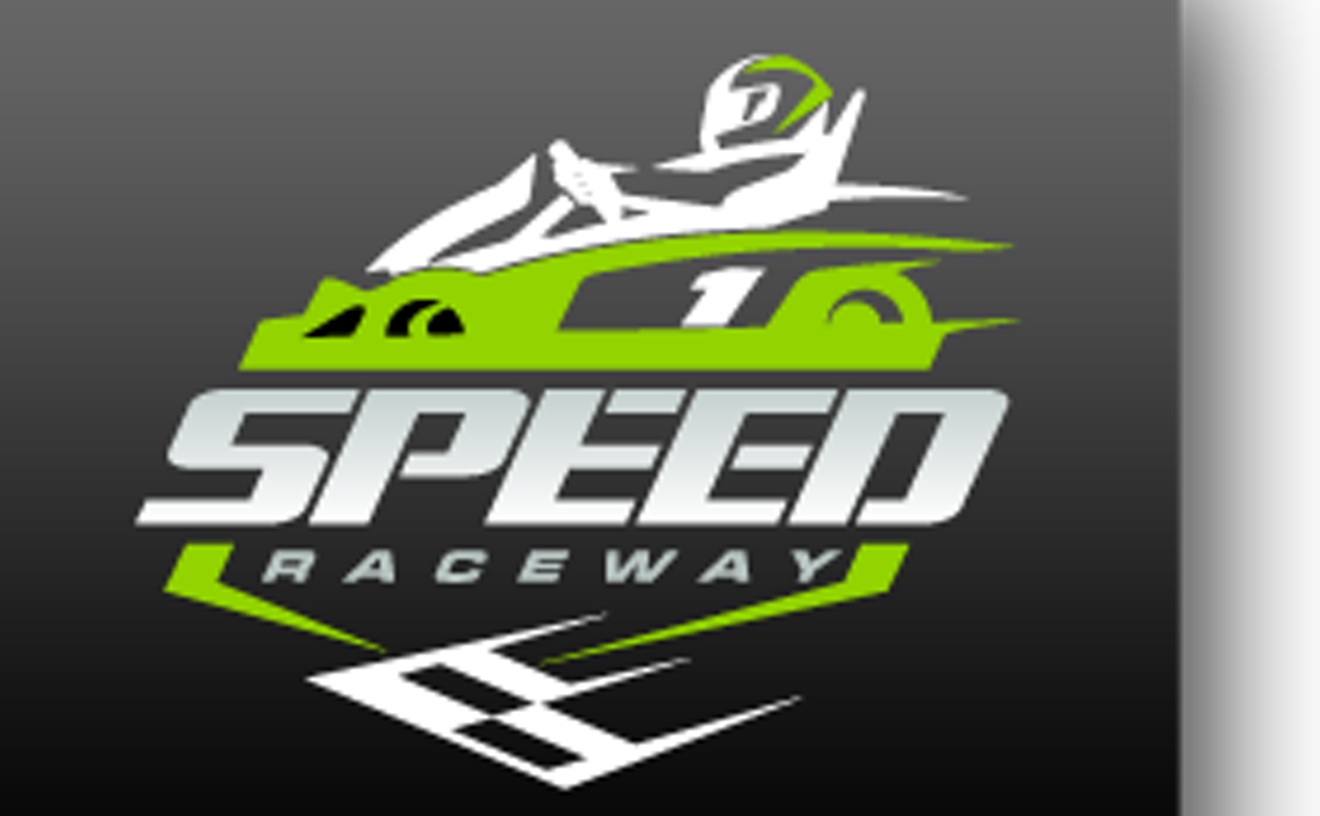 Deep down inside, everyone has a soft spot for a fast car. And now you can have one for an hour or two, without all the responsibility: At Speed Raceway, you can step into the driver's seat of an Italian-made electric go-kart and make like Mario on a shiny European quarter-mile track. Walk in, book a party, take a lesson from a pro or join a league — they're all options at this eco-friendly attraction. Go, Speed Racer, go!

Lions and tigers and bears? More like bison and rams and falcons, oh, my. Yes, there is a menagerie of real animals on the sidelines of college and pro sports games in Colorado, but one of these animals stood — well, soared — above the rest last year. In December, just before the Independence Bowl in Shreveport, Louisiana, where Air Force was taking on Georgia Tech, the team's falcon mascot left the building on a wing and a prayer rather than returning to its handler. The bird is a free spirit — a quality we can all admire. The raptor was later found via a tracking device, and Air Force won the game.

If you just looked at the standings, the Mammoth would be the worst team in the National Lacrosse League. But we're not too concerned with conventional statistics. You know what we like? Penalty minutes. And defenseman Mac Allen leads the league in that category. The Mammoth will need a serious rally to salvage this season, but at least we know Allen won't go down without a fight.

Rocky, the mountain-lion mascot for the Denver Nuggets, drains backwards, half-court shots (sometimes on stilts) and crushes trampoline dunks. He once pinched then-Celtic Kendrick Perkins's ass and took several left hooks from Charles Barkley. He hits on ladies in the crowd and roughhouses with kids. Mostly, he's generally not annoying (at least to fans), which seems to be the job description of almost every other mascot. 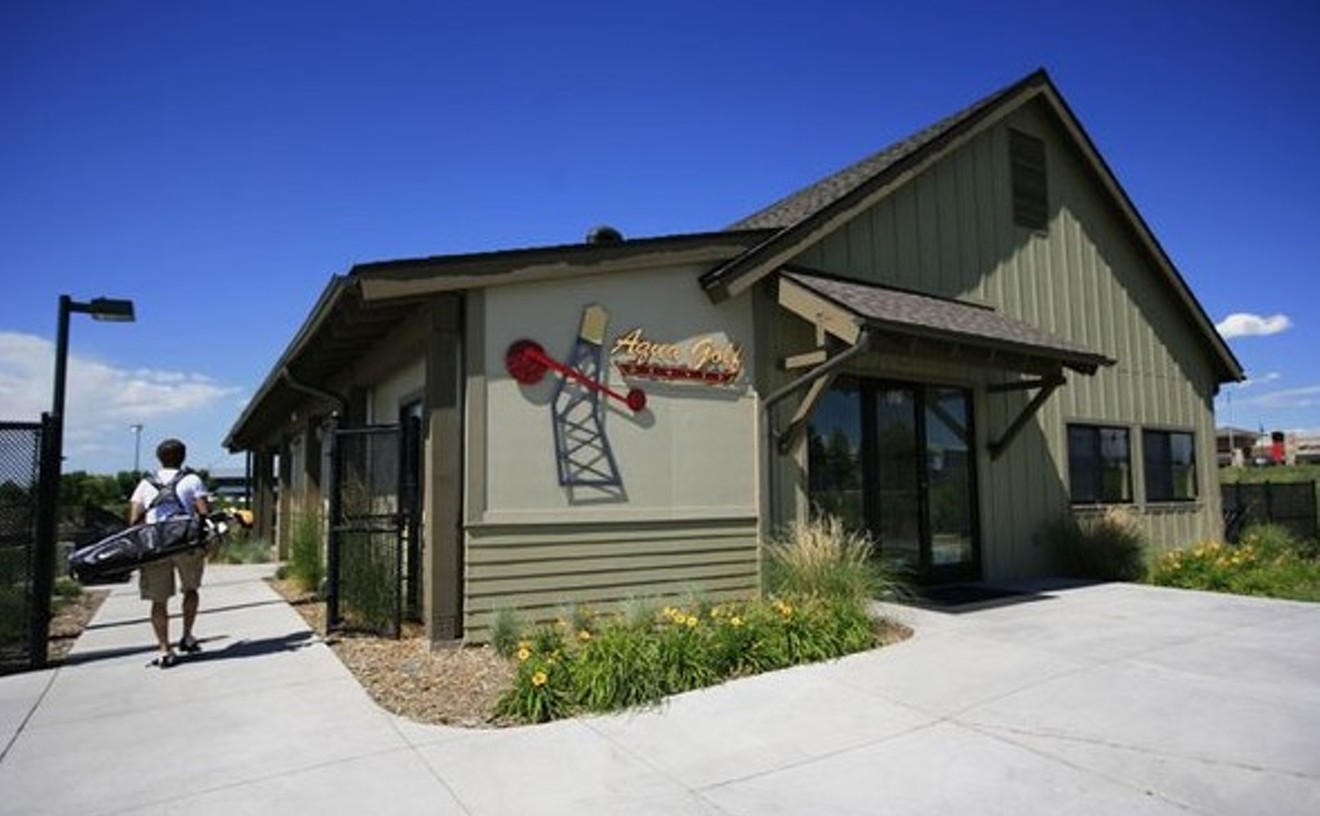 Most driving ranges are essentially the same: long, green fairways where you can forget about the more nuanced parts of the game and smash some drives. That's great — but Aqua Golf allows you to crush balls into a lake, which is even better. Where most ranges have actual golf courses attached, Aqua Golf has mini-golf, so don't go if you're crazy serious about your game. But if you'd like a change of scenery from pretty much every driving range you've ever been to, get thee to Aqua Golf.