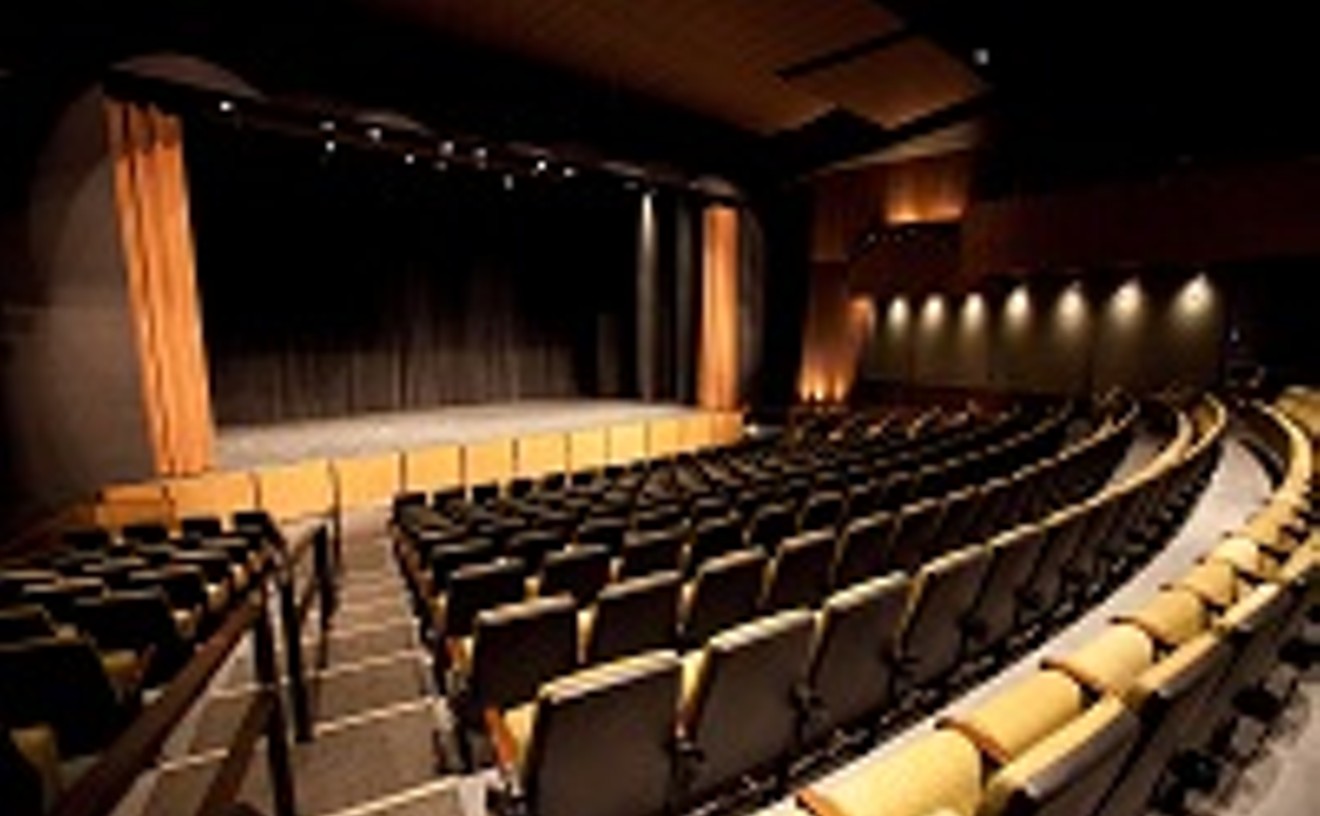 Parker was once a small, rural town — but after the last few building booms, it's been completely subsumed by suburban sprawl that's spread developer housing, strip malls and gas stations across the area. But there's still a remnant of an old downtown on Main Street, and on a nearby ridge that rises above Sulphur Gulch, the town council, using a little over $20 million in existing funds, decided to build the Parker Arts, Culture and Events center, known as PACE. The facility, which opened last fall, includes a theater, an auditorium, a media lab, an art gallery and a dance studio. Done by Denver's Semple Brown Design, the smart-looking structure is made up of interlocking horizontal forms in concrete and brick that have been beautifully detailed. The pierced-metal wall is out of this world — and definitely outside the bland box that holds most of the rest of Parker's architecture.

As the mother of three and a practicing physician at Denver Health's Westside Family Health Center for two decades, Irene Aguilar had her hands full. Still, she found the time to run for Senate District 32 in the Colorado Legislature, and, since winning that election in 2010, has kept a dizzying pace both in the Capitol and out among her constituents. She's a whiz on health-care issues and has held numerous town meetings on that issue, among other topics. And every Monday, she invites a crew of University of Denver law students to her office to study the pros and cons of a potential piece of legislation. If people are tired of politics as usual, Aguilar could be just the tonic.

Best New Use for an Old Steakhouse 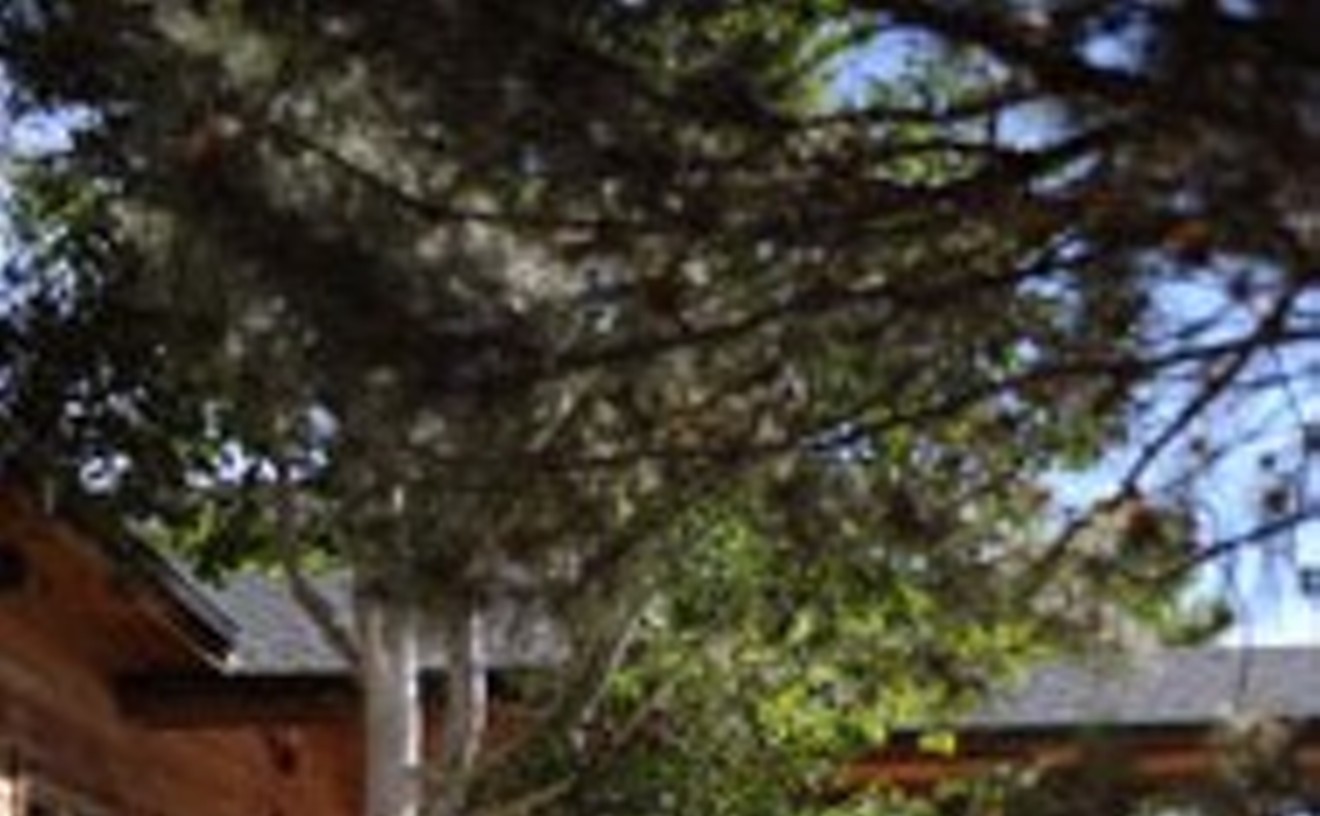 For fifty years, the Northwoods Inn served meat to the masses. It was a Colorado institution where it was okay to throw peanut shells on the floor and a ragtime piano player entertained diners while they gnawed steaks and savored the special seasoned cottage cheese. But the restaurant closed abruptly last year, replaced by a business that's another kind of meat market altogether. This address is now the new home of the Scarlet Ranch swingers' club, which left its old home on Broadway for the 'burbs . Here's to another fifty years of T-bones!

Best New Use for an Old City Facility

The Denver Department of Parks and Recreation had seven acres of underutilized, wilderness-like land at the edge of northwest Denver: the former Camp Rollandet, which the city had purchased from the Campfire Girls in 2005. The local branch of Outward Bound, a national organization that got its start in Marble fifty years ago, had long been headquartered in stuffy urban office spaces and was looking for a new home. The deal was a natural, and late last year, Outward Bound leased the Camp Rollandet site with the blessing of the Denver City Council. Kudos all around: A beautiful slice of nature is a terrible thing to waste.

It's the Coolest City

Unlike many of those other city-ranking, hit-seeking Internet lists (which have cumulatively described Denver as "the manliest, drunkest city"), last November's accolade from the Brookings Institution had some real science behind it. Demographer William Frey, a senior fellow with the Metropolitan Policy Program, parsed the numbers from the U.S. Census Bureau's American Community Survey and determined that from 2008 through 2010, even as the hopes for a quick comeback from the recession faded, young adults between the ages of 25 and 34 were high on Denver...and proved it by coming here in record numbers. Although Denver ranked a mediocre twelfth in Frey's last survey, which covered 2005 through 2007, since then it had pulled ahead of such previous hotspots as Phoenix and Atlanta, adding a chart-topping 10,429 new, young residents, to rank as the country's top cool city. "What we see from the migration data," Frey said, is that "Colorado and Denver are probably a part of the country that will survive and possibly prosper when the economy comes back." Cool!

Best Place to Symbolize Denver for the Rest of the World 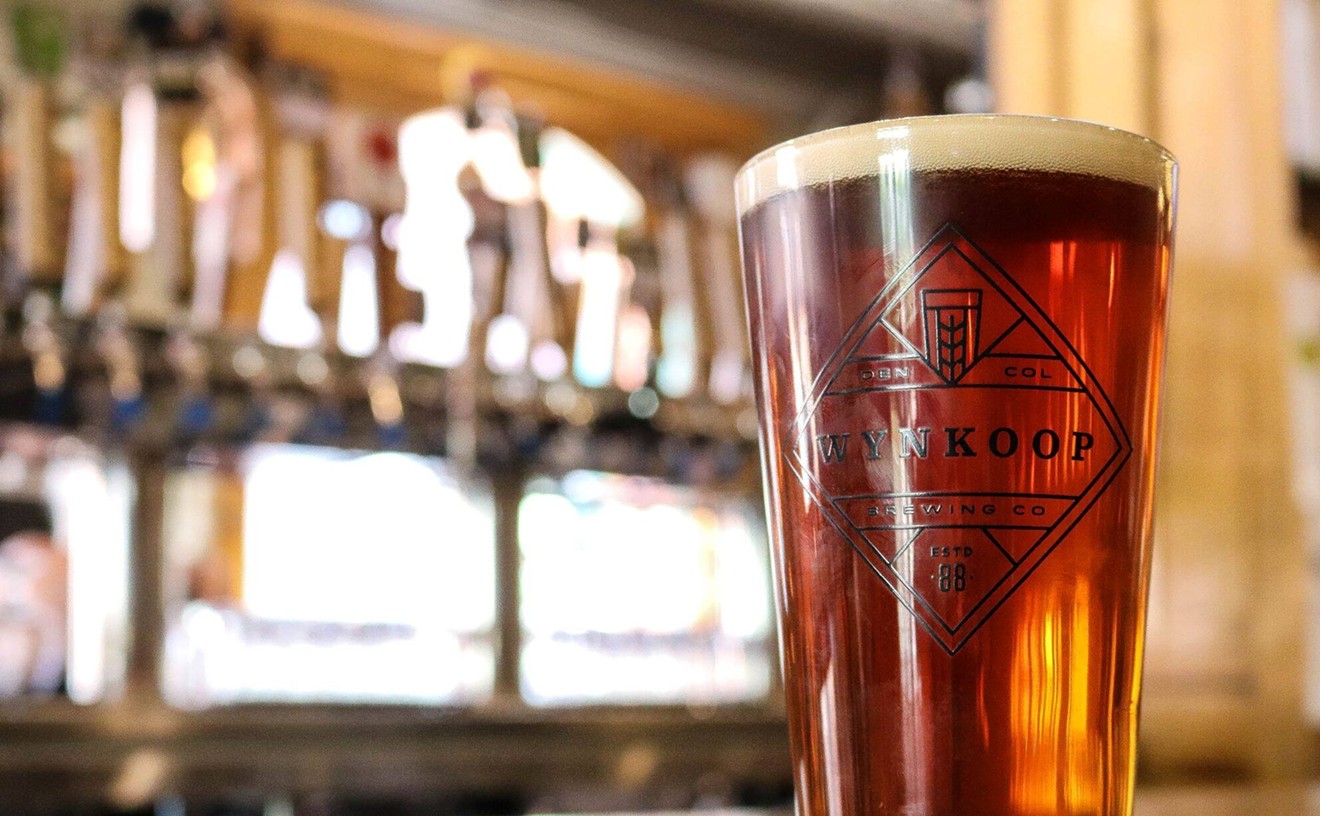 Since the first wave of gold-hunters washed up on the banks of Cherry Creek, Denver has always attracted pioneers. In fact, Governor John Hickenlooper made this state's entrepreneurial spirit the focus of his State of the State speech this January. And no one better exemplifies that spirit than Hickenlooper, an East Coast-educated geologist who moved out to Colorado in the early '80s, was laid off in the middle of that decade's oil-and-gas bust, and joined with other adventurers to start Denver's first brewpub, the Wynkoop Brewing Company, which opened in 1988. Since then, of course, craft beer has become a major growth industry in Colorado...and Hickenlooper himself wound up using the bar as a launching pad for a political career that took him first to City Hall, then to the State Capitol. Although Hickenlooper is no longer involved with the Wynkoop, it remains a great place to get a taste of Denver's history, whether you're drinking its brews inside the renovated, Victorian-era warehouse or sitting on the Wynkoop-side patio, watching the sun set over the mountains...and the Union Station project, which will transform that piece of history into a futuristic, multi-modal transportation hub by 2014.

The boom in medical marijuana dispensaries has not only made Denver one of the most medicated places in the United States, but it's also made the Mile High one of the dankest-smelling cities in the nation. On some streets, you'll catch just a faint whiff over the other scents of a bustling urban area; at other corners, you'll wonder whether a skunk was hit by a car nearby. The most chronic corner in town, though, is at West Sixth Avenue and Kalamath Street, where the smell of ganja is pleasantly overwhelming.

Bret Saunders has earned several Best of Denver nods before, and for good reason. Of the seemingly endless options on the local airwaves in the mornings, he's still the best. Tuning in to Saunders is like checking in with a well-read friend who always proves to be good company. With a smart sense of humor, broad sensibilities and informed opinions, Saunders offers dependably intelligent quips and monologues with an amiable, low-key delivery, making him and Robbyn Hart, his trusted counterpart in the mornings, the ideal companions to help loosen the white-knuckle death grip of the daily commute.