When it first opened, Aspen Grove featured the usual suspects, links in national chains lined up in an outdoorsy Colorado setting. But increasingly, Aspen Grove has become a cultural draw, too, with the addition of the Alamo Drafthouse Cinema, which pulls in people from across the metro area with its savvy programming. For the past few months, the center has also featured a pop-up art gallery featuring Plein Air 365 x5, artist Ted Garcia's series of paintings created after he vowed to paint a new piece every day for five years; that show's run has been extended several times. And soon Aspen Grove will be home to a suburban Tattered Cover, which is moving there from Highlands Ranch. Yes, there are still national outlets here...but now, while you're picking up a Pier One pillow, you can score a lovely, original landscape to go with it.

At his man-enclave in Jefferson Park, entrepreneur and corporate dropout Mark Snipe shows a keen and creative eye for menswear that's preppy without defending the status quo. Snipe (in case you're wondering, Sully is his dog) told us before his grand opening last year that his style inspirations are "Ralph Lauren, along with Cary Grant and Humphrey Bogart," and that says it all: He laces the classics with surprising bursts of color and texture. And — cherry on top — he sources his tailored looks from all-American vendors, in a range of price points for every wallet.

This colorful addition to Platte Street is packed with premium goods, staples that every man needs to build a perfect wardrobe, including dark raw denim and crisp button-up shirts. Owners Daniel Armitage and Darin Combs oversee the fashion here, making sure every product they carry and every brand they represent is sleek, resilient and masculine. The shop offers more than fashion, though, with everything from candles and magazines to unique accessories rounding out the inventory. Armitage and Combs joined forces to open Armitage & McMillan last March, and business is booming. Men ready to ditch the lumbersexual look should start with a visit to this one-stop shop.

This flower of a boutique blossomed from a seed that Megan Timlin planted under the moniker Stritch last fall. Although the shop has since been rebranded as Whorl, the team behind it remains dedicated to making sure that stylish women in Denver have a place to pick up fashionable threads from local and national designers alike. Whorl is a mecca for all the things a conscious and chic girl needs: luxurious fashions hand-picked by people who live and breathe style. Whorl also stocks original works of art, candles and live hanging plants for those seeking quality home furnishings. Looking good, Denver.

Designer, community builder and Westword MasterMind Tricia Hoke teamed up with her tech-savvy entrepreneurial partner, Charlotte Genevier, to hatch a plan for putting Denver designers on the map without sucking up their limited cash flow. The result is the Cotery, both a service platform and a built-in marketplace that makes the business end of launching a line much simpler for an artist who is happiest creating designs. And it's incredibly easy: Designers are invited to submit limited-run lines of apparel that are crowdsourced for pre-sale to buyers. If there's enough interest in the line online, the prepaid garment orders will be manufactured and shipped. Too easy to be true? Not at all. Seeing is believing — and we're seeing the fashionable results all over town.

Prada? Kate Spade? Stella McCartney? Jimmy Choo? The once unaffordable comes much closer to matching what your pocketbook can cover at Ali's Closet, a friendly resale boutique with a twenty-year track record and a discerning eye for better-brand quality. The long-lived project of founders Casey and Carol Burnette, Ali's favors ritzy stock that's definitely on the high end, but you can shop like a lady here and get no snark. And that's priceless.

Best Shop for Punks and Goths

After spending 27 years on a storied block of East 13th Avenue, counterculture-apparel hub FashioNation made its way to 1594 South Broadway last year. Now bigger and better than ever, the shop has even more space for showing off its vinyl wearables, one-of-a-kind rockabilly party dresses and the largest selection of Dr. Martens in the state. Kids have their very own section of cool clothes and accessories here, too: FashioNation offshoot Babysitter's Nightmare is now a store within the store. Owners Pam and Paul Italiano take pride in being the local alternative-lifestyle shopper's dream closet as well as a magnet for world-renowned rock stars: the guys in Ministry, the Damned and Green Day all stop by for great clothes and excellent service whenever they're in town.

Every woman's running jacket offered by this Englewood-based online boutique is "sewn by the CEO," Sarah Vander Neut. And what jackets! SVN offers an astonishing array of patterns, colors and materials, all with attention to comfort and durability. Vander Neut has given considerable thought to what you might need during a hectic workout in just about any situation: thumb holes, a watch hole, reflective patches, hoods that adjust to accommodate a hat or ponytail, plus lots of pockets and spaces for hydration, your iPod and more. You go, girl. 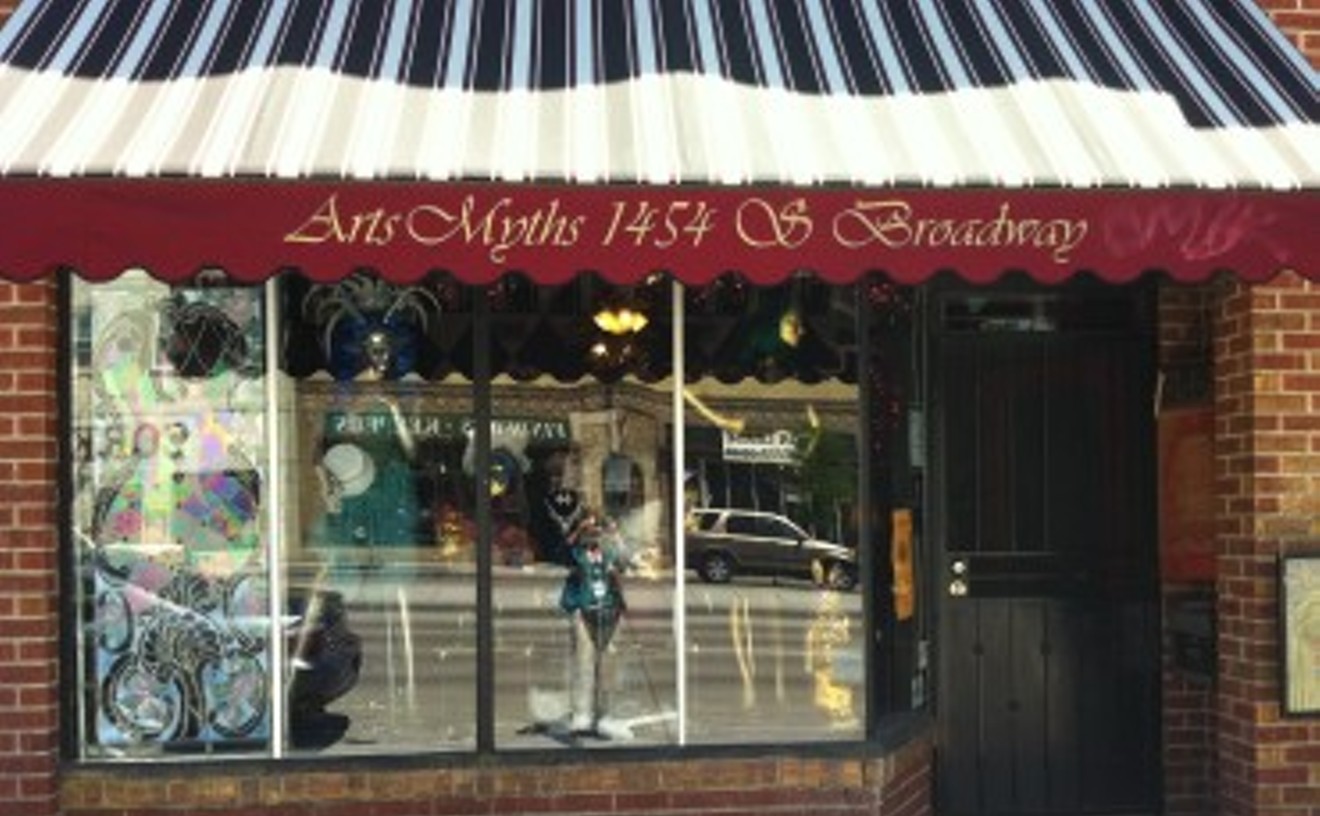 Catering to steampunks, goth queens, Victorian-fetish-ball attendees and every fancy human in between, ArtsMyths is a specialty apparel shop unique to this city. Hats, corsets, crowns and masks for all occasions can be found year-round at the distinguished shop, along with an assortment of stockings, jewelry and accessories to make your costume pop — or just liven up your everyday apparel. The mother-daughter duo of Tiffany and Lynn Smyth run the magical fashion factory, where they also offer custom wearable pieces made from leather, feathers, fabric and every other material imaginable.

Children of the '80s, rejoice! Someone found that secret spot in your brain where all those favorite action figures, Atari games and other pop-culture rarities have been gathering dust and made it real. Walking into this quaint storefront — with the mantra "STAY GOLD PONY BOY" printed on the entrance — is akin to a Marty McFly-level time slip, where you can not only touch, but procure all those items that made your rad youth worth living...and that your mom was totally wrong to throw out.