Best Return to the Stage

We grieved when the long-lived and much-loved Heritage Square Music Hall troupe said goodbye a couple of years back with an energetic evening of songs and jokes. We left the theater that night mulling memories of fine voices, zany antics, skilled musical numbers, men in drag, and audience members being dragged onto the stage. We wondered if we'd ever see those true comic originals Rory Pierce, Annie Dwyer, T.J. Mullin, Johnette Toye and Alex Crawford in a performance again. We're happy to report semi-regular appearances by at least three of them. Dwyer's Frau Bleucher in Young Frankenstein brought down the house at the Littleton Town Hall Arts Center and won her a Henry Award. She went on to star in Miracle on 34th Street at Johnstown's Candlelight Dinner Theater alongside Mullin as Kris Kringle. Rory Pierce showed up in The Odd Couple at the Barth Hotel, and charmed the audience in Songs for a New World at Miners Alley, where he also has a position coordinating the children's program. Welcome back.

Best Reason to Make the Trek to Lone Tree 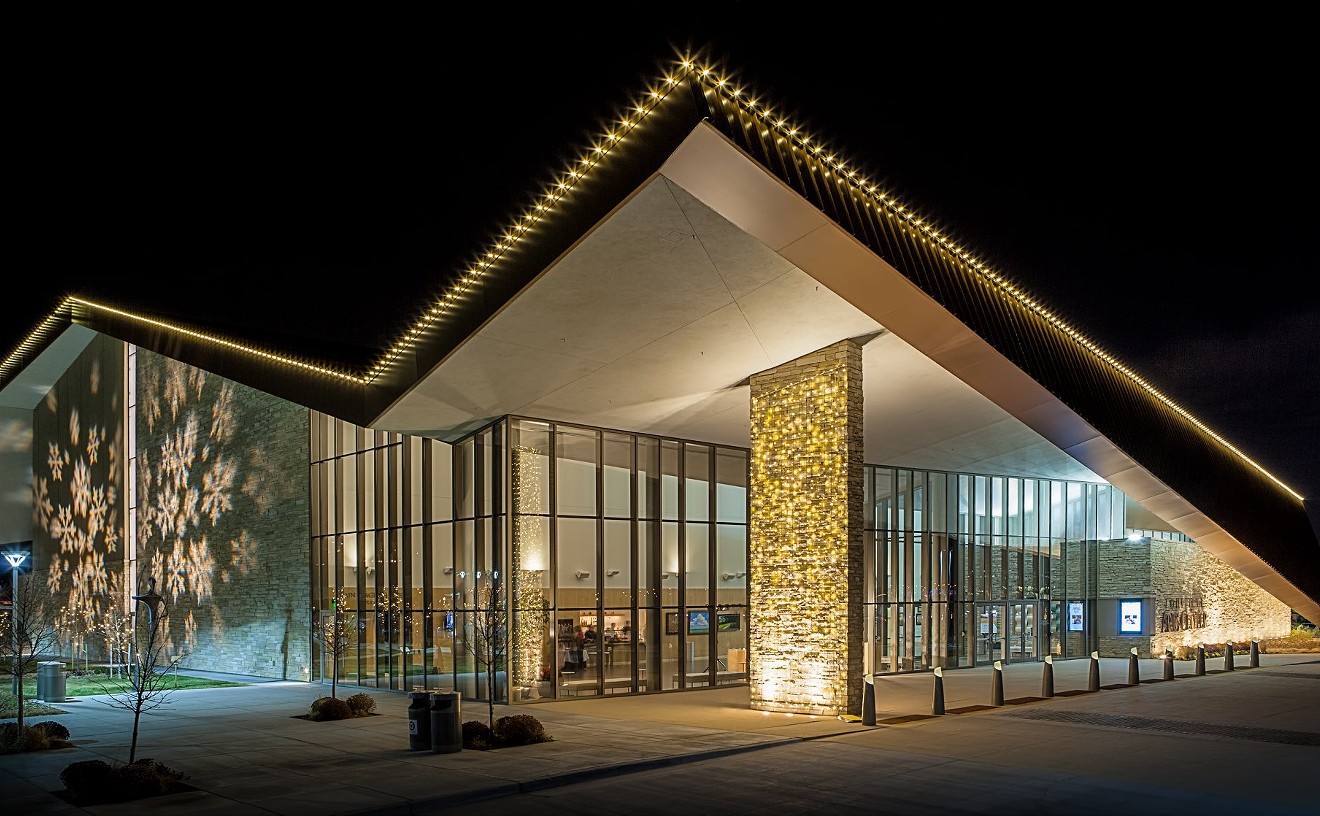 The Lone Tree Arts Center mounts a variety of interesting events, including concerts, ballets and lectures, but it's the venue's rare theater productions — one or two a year — that make a visit worthwhile. This year's ridiculously funny offering, The Explorers Club, revealed what happens when a woman invades a stuffy Victorian male sanctuary demanding admission. "Your science is adequate," she's told, "but your sex is weak with sin and led astray with diverse lusts." The mayhem that followed was carried out by some of the area's best actors, including Sam Gregory, Mark Rubald, Stephanie Cozart, Rob Costigan, Erik Sandvold and Randy Moore, and under the direction of Randal Myler, the tech — costumes, set, lighting — was brilliant. Keep an eye out for LTAC's next dramatic gem.

The Boulder-based Catamounts is one of the wittiest companies around, so when the Dairy Arts Center became unavailable due to construction, they improvised as only the Catamounts can. For A Public Reading, they took over a large room at Madelife — a Boulder store and gallery intended as a launching pad for artists and entrepreneurs — and brought in risers and chairs, hung lights and installed a movable bar serving drinks. The result was one of those unexpected, welcoming, off-the-beaten-track playing spaces that make an evening at the theater feel like an adventure. And in case all of that wasn't enough, audiences were treated to after-show craft beer and excellent snacks.

Chris Kendall has been a quietly fine and reliable mainstay on area stages for several years, but this year he came into full focus with several stellar performances: a bullying father, F, in the Edge Theater's Cock; Leonato in the Colorado Shakespeare Festival's Much Ado About Nothing; Tony Reilly, a wonderfully nasty old crank, in the Boulder Ensemble Theatre Company's Outside Mullingar; and — perhaps best of all — a dying Freud, wise and sad and too tired to continue in the quest for truth, in that same company's Hysteria. Given Kendall's versatility and the non-flashy truth of his acting, it's no wonder so many of our best companies request his services.

Emma Messenger dominates any stage whenever she's on — not with big bravura performances, but with a strong, warm groundedness and an always-present vibe of hidden depth. She brought these qualities to varied roles this year: a strangely secretive and defensive mother in Edge Theater's Exit Strategies; a brilliantly vicious and vulnerable Martha in the same company's Who's Afraid of Virginia Woolf?; and an oddly uncompassionate though politically committed doctor in The Normal Heart at Vintage Theatre.

Best Performance by an Actor in a Comedy

There are a lot of rumors surrounding Walt Disney — that he spied for the FBI, that he was a racist and an anti-Semite, that he crushed unions. In Lucas Hnath's inventive play, all this is true, and Disney is also a monster of ego, who manipulates and betrays everyone around him and tries to shape the entire world to his own specifications. Paul Borrillo communicated the sheer, unmitigated awfulness of this American icon with calm, lofty authority and held the audience spellbound.

Best Performance by a Supporting Actor in a Comedy

In Hysteria, a strange and fascinating mix of tragedy and farce, Michael Bouchard played Salvador Dalí — he of the astonishing waxed mustache, melting clocks and surreal landscapes. Bouchard was everything you could wish for in this fabulous role. He minced, he smirked, he rattled and pranced, he took off his pants and donned them again, he understood precisely the line he needed to tread between realism and farcical lunacy, and he enjoyed himself so thoroughly that you couldn't help laughing at his every move, becoming slightly disappointed when he was called on to be serious.

Best Performance by an Actor in a Drama

In Jez Butterworth's Jerusalem, Johnny "Rooster" Byron has collected a bunch of disaffected teenagers for a booze- and drug-soaked party. He's a braggart, liar and tall-tale teller — on the literal level, a bone-headed loser. But metaphorically, he's a far more significant figure, a manifestation of the Lord of Misrule appointed in ancient times to upend law and custom during winter festivities. It's a huge role, and Augustus Truhn filled it hugely, bringing Rooster to life in all his richness and ambiguity, grandeur and moral turpitude.

Best Performance by a Supporting Actor in a Drama

Philip Pleasants in All the Way

Robert Schenkkan's All the Way is a smart, thoughtful look at a slice of Lyndon B. Johnson's presidency, his impassioned fight for the Civil Rights Act of 1964, a bill he politicked, bullied, bribed, strategized and manipulated through Congress. One of his foremost adversaries was Senator Richard Russell, a onetime patron and cunning son of the Old South who routinely opposed civil-rights legislation. As Russell, Philip Pleasants presented a complex portrait that conveyed all the man's oily courtesy and dishonest charm, as well as his genuine, residual warmth toward LBJ himself. In one of the largest casts assembled on the Denver Center stage in years, Pleasants's portrayal stood out and made an indelible impact.

Best Performance by an Actor in a Shakespeare Play

No contest here. Benjamin Bonenfant was magnificent in the role of Henry V, one of those complex figures that can be interpreted in many ways. Henry's been played as a hero on a white horse, the embodiment of England's patron saint, St. George. But that ignores some of his uglier actions, as well as the unnecessary war of conquest he initiates. Bonenfant managed to embody all these contradictions fully, and it was enthralling to watch him going through the king's changes of mind and heart. Bonenfant's Henry was so original, right, tough, supple and intelligent that he made the role entirely new.