In 2015, tea started showing up on a lot of cocktail menus in Denver. This trend was helped along by the rise of punches, which must, according to the traditional recipe, contain some form of tea. From Kyle West's cocktails at Metroboom to the punch service at Golden Moon Distillery, the Black Tea Old Fashioned at the Arvada Tavern and the slew of tea-based concoctions at Union Lodge No.1, bartenders have proved that tea is strong enough to stand up to spirits — and that it brings a lot of flavor, as well. Coffee also percolated its way into cocktail recipes, most likely due to the rise of coffee shops that added booze to their offerings. Drinks like the Superhero at Carbon Beverage Cafe, Amethyst Coffee's No Sleep Till Denver and Black Eye Coffee's series of boozy pour-overs proved that coffee isn't just for breakfast anymore. 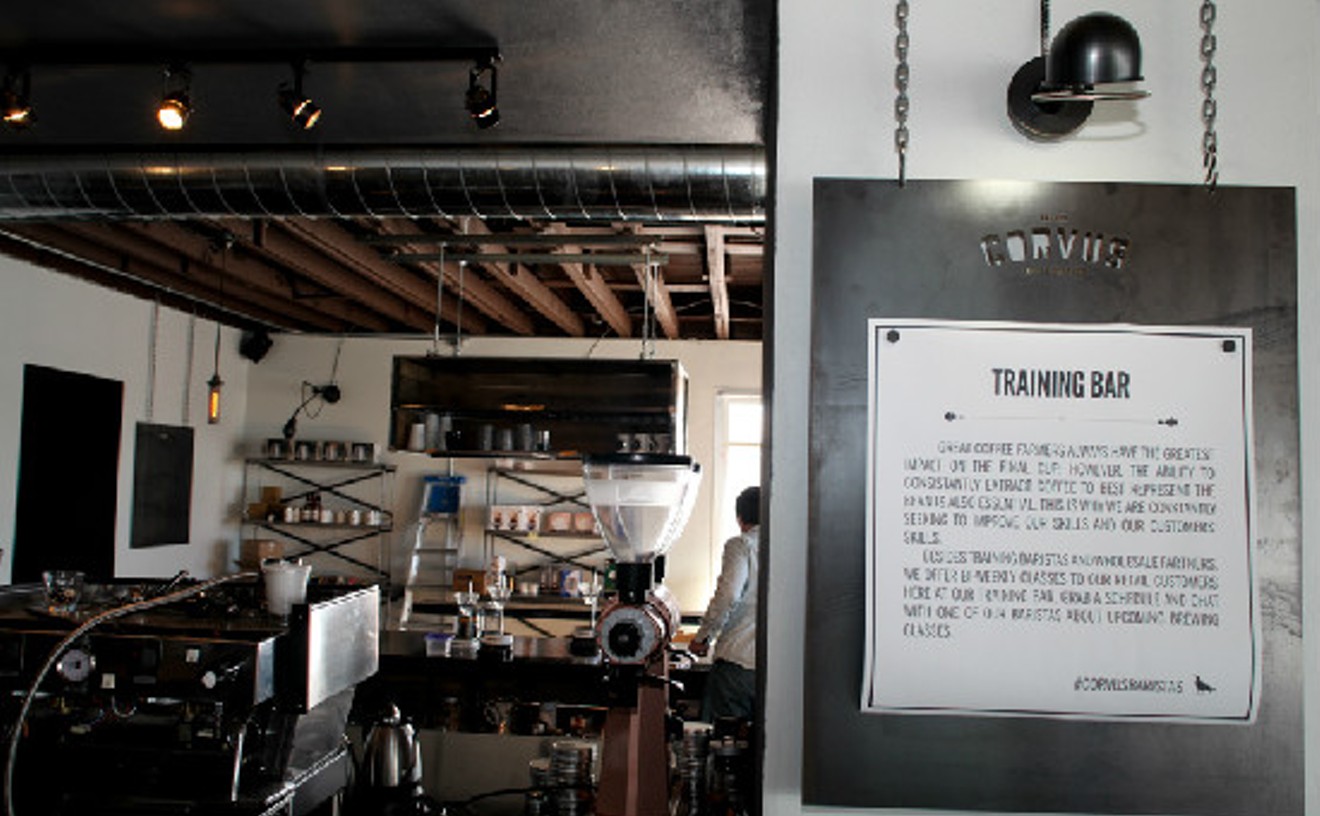 With changing seasons come changing coffee cocktails, which means a stop by Corvus for its seasonal "coffee cocktail" menu. You'll find refreshing drinks like the grapefruit cold-brew julep, a collaboration from the talented team of Corvus baristas. And while the shop has traditional coffee and espresso dialed in, the roasters take a much more creative approach with the cocktail-inspired line of coffee. Many of the drinks are served shaken and cold, but a few, like the Alpine Retreat (applewood-smoked cascara, housemade rosemary simple syrup and a twist of lemon), are perfect on a cold day. The booze-less cocktails change seasonally, so make it a habit to try them all before they're gone. 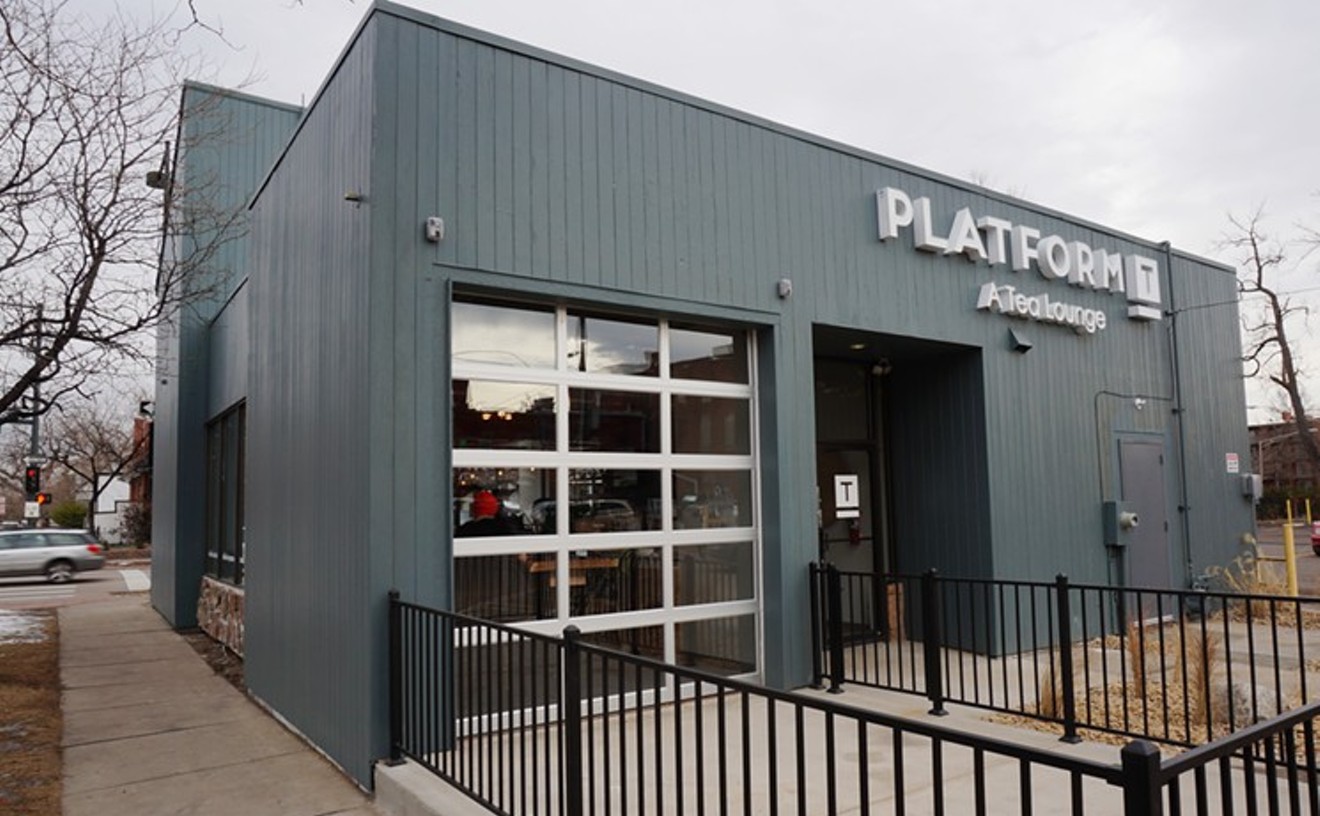 Somewhere between a coffee clutch and fancy high tea sits the world of Denver-based Platform T, which turns the coffee-shop idea on its head by serving up piping hot or even ice-cold cups of tea, coffee's fancy cousin from the city. The T shops are homey and artistic — the Baker stop made creative use of the former science store it inhabits — and serve a colorful variety of teas, from bagged to loose leaf, along with good ol' joe and wine and spirits. Give yourself over to the relaxing scents of this leafy respite. 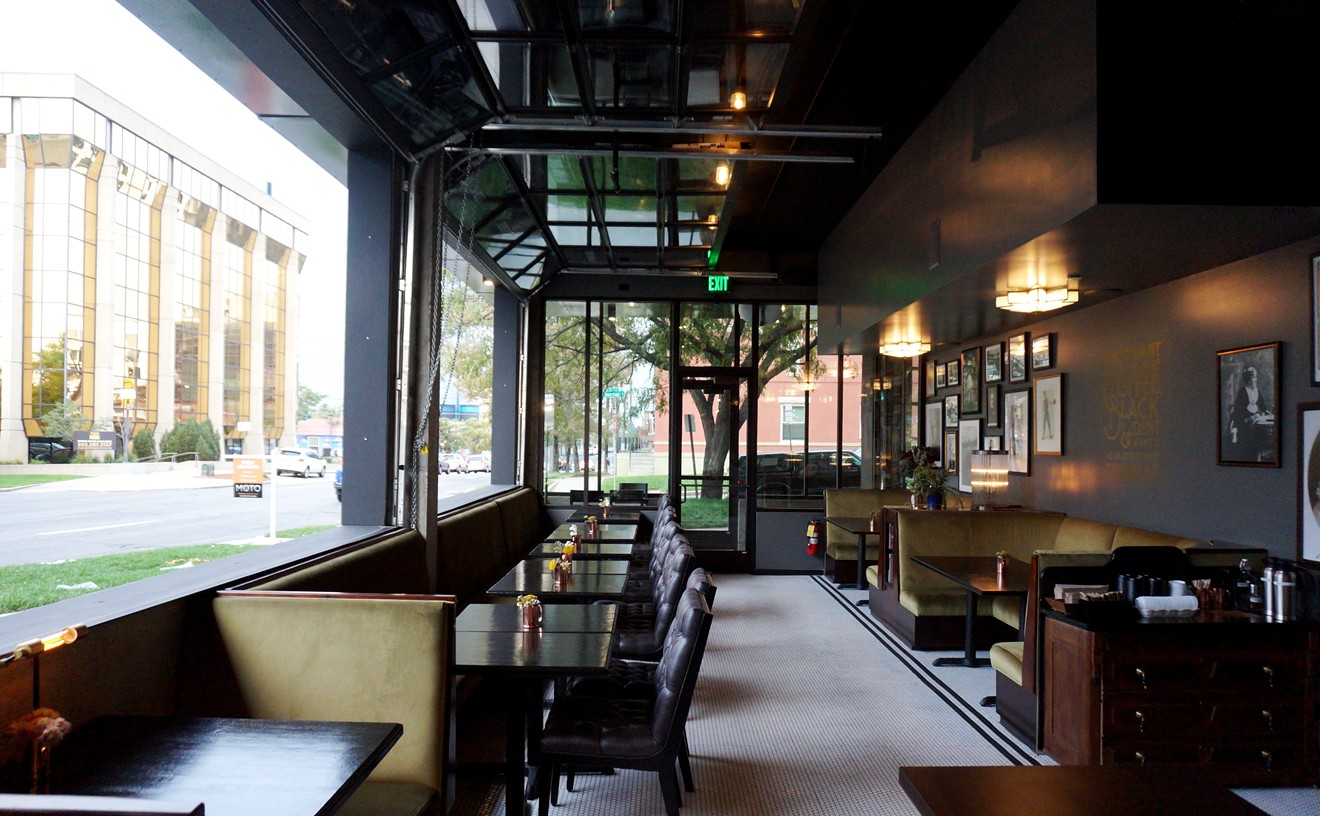 Many coffee shops opened their doors in 2015, but Black Eye Cap Hill is decidedly different, thanks to the atmosphere, the scene and, of course, the coffee. Enter the shop and be transported back in time, to a place laced with subtle attention to detail. Conveniently open about twenty hours a day, Black Eye makes it possible to get your fix — for coffee, food or booze — at nearly any hour. The beans here are roasted in-house; be sure to try one of the shop's pour-overs (with alcohol or not).

From weekly Ethiopian coffee ceremonies to its calendar of eclectic community events, there's no place quite like Whittier Cafe. An expansive lineup of fresh-roasted coffees, along with teas, ice cream and sandwich options, all come out of the small but mighty kitchen at this neighborhood hangout. More than a coffee shop, Whittier Cafe is a true gathering place, hosting chili cook-offs, art shows, fresh-baked-cookie exchanges and story hours throughout the year. While the space inside is quaint and inviting, it's the outdoor experience that really takes the cake: Whittier's massive patio offers plenty of room for all to enjoy Colorado's famous sunny days.

Best Coffeehouse for Getting Work Done There are plenty of coffee joints in this town that sling your favorite cup of joe and provide a clean table to work on and a hot wi-fi connection, but too many of them have either been absorbed by corporate entities pushing their gift cards and branded CDs, or overrun by harried college students taking over every table and laptop plug-in. Rooster & Moon seems to sidestep those elements, despite its proximity to downtown workers and the Auraria campus. Fair-trade coffee, delicious made-to-order bites and even a full bar for when those spreadsheets threaten to spread your brain too thin are available here, with plenty of room for you and a study buddy to work, gossip and fill up.

Best Coffee Program at a Restaurant

Ending an indulgent dining experience with a proper cup of coffee or espresso is an experience that's harder to find than it should be. Last year, Mercantile had us smitten with a menu and atmosphere that snagged the Best New Restaurant award. This year, we discovered the restaurant's noteworthy coffee program, which includes a walk-up counter where Union Station browsers are welcome to grab a cup. Meanwhile, lucky diners at the restaurant can complement their meal with a precisely poured cortado, pour-over or other coffee product.

It's the superpower of coffee: more caffeine, less acidity. Cold brew has been gracing the palates of coffee lovers for years, but its popularity has increased of late, and it's popping up at coffee shops all over. In Denver, you can find it bottled and you can find it on tap, but at Corvus you can find the best. Offering a classic single-origin and a hopped version, Corvus serves up a glass of cold brew on location (it's also available at Whole Foods). We just wish they would sell it by the gallon. 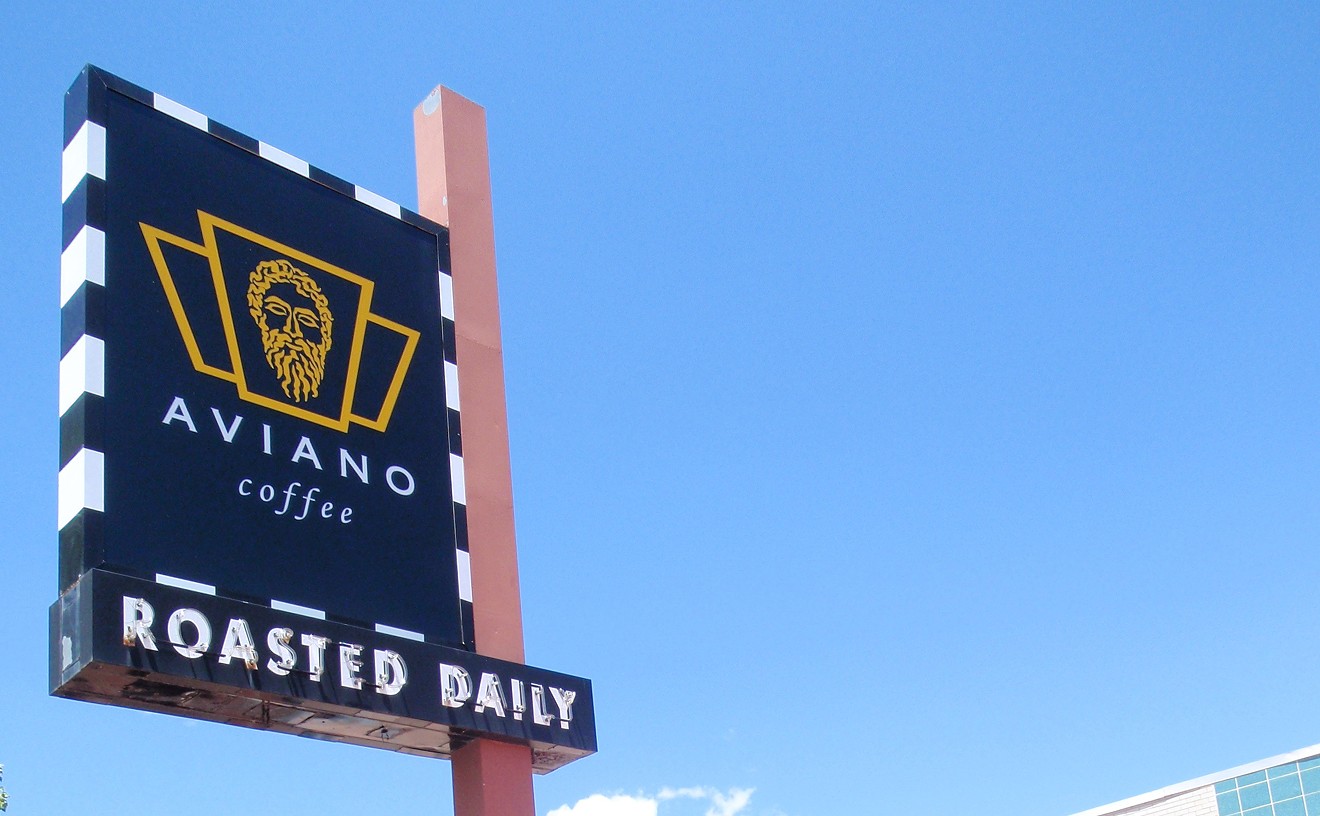 There's a feeling that you get when you walk into a coffee shop and see your favorite barista working: You know your drink is going to be perfect. At Aviano, an expertly trained staff means a high-quality experience every time. Denver has one of the fastest-growing coffee scenes in the country right now, and that means that coffee quality is improving everywhere. But while you may be able to find a good cortado across the city, Aviano has the most consistently perfect pours in town. That's guaranteed no matter who's behind the bar.

In the coffee world, there's little difference between a guy with a mustache and a barista — and there are a lot of great caffeinated 'staches out there. But veteran barista Andrew Norman takes the cake this year for the best barista mustache. He's pulled shots at both Aviano and Thump in the past, but is currently at Lula Rose General Store on East Colfax Avenue. Stop by to see the mustache you thought could only grace the likes of Ron Swanson and Alex Trebek, then stay for a cup of wonderfully crafted cup of coffee.