There are many good reasons why Colfax Avenue is the most famous street in Denver, and none of them has anything to do with Schuyler Colfax, the disgraced vice president of Ulysses S. Grant. Colfax is defined by its people, a mix of working stiffs, high-schoolers, day laborers, concert-goers, bus drivers, moms and kids, construction workers, grannies, bicycle enthusiasts and the occasional — but very Colfax-centric — shiftless, shirtless creep. Sure, most of these people could be found on any street in any city, but there's something about Colfax that makes basic interactions between these humans binge-watchable. No matter what office window you're peering from, what restaurant you're dining in, what corner you're standing on or what bus stop you're impatiently waiting at, the city's most notorious strip is a like a live, 24-hour news network. People meet, fights break out, drugs are dealt, road races are routed, spare change is panhandled, ladies are hassled and strangers help each other. As Denver grows, Colfax might be inching toward a "cleaner" facade, but its diverse, human element will forever be a reminder that the "longest, wickedest street in America" cannot — and will not — be tamed. 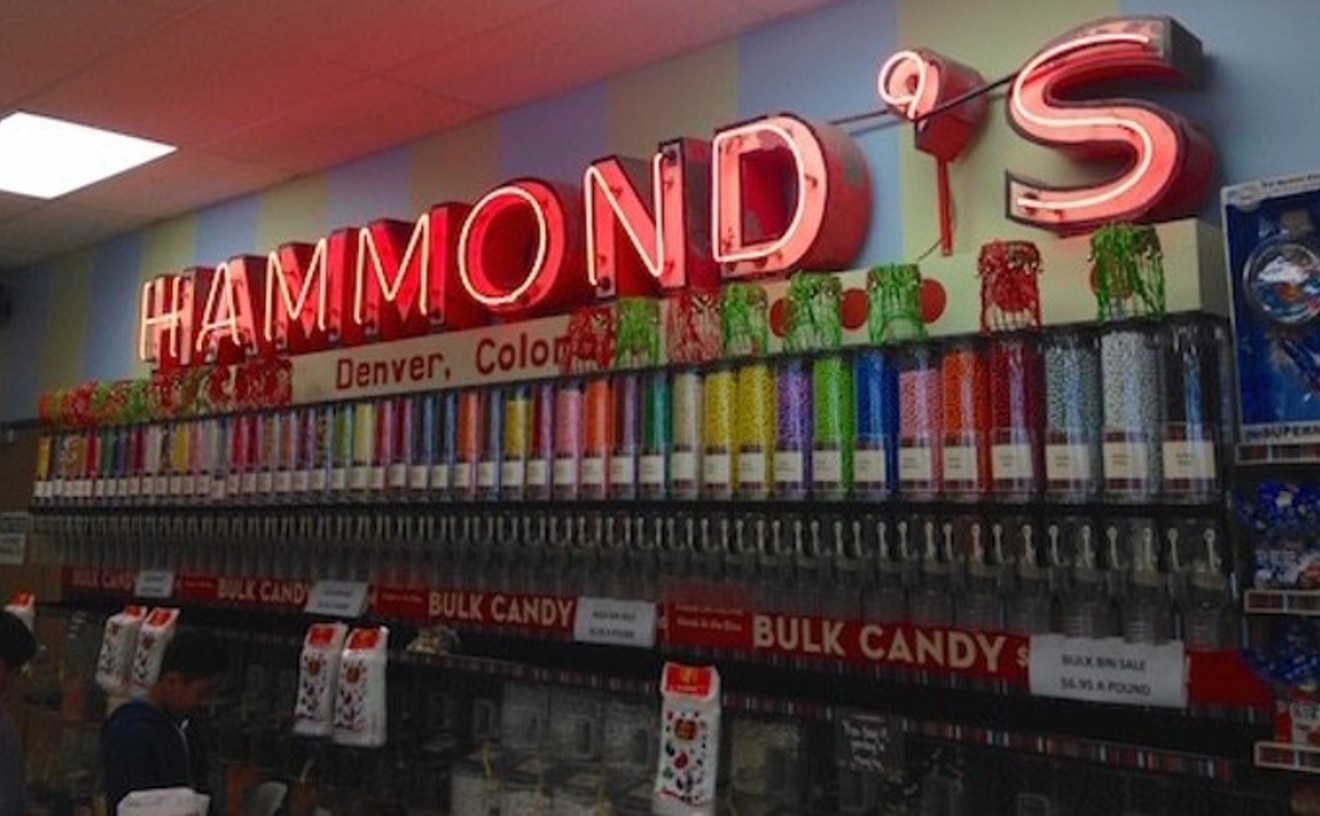 Sweet! Every half-hour, free tours travel through the Hammond's factory in north Denver, where you can learn interesting tips about the homegrown company and a century in the candy business while seeing your favorite confection get pulled, twisted, shaped and packaged by hand — just as they have been since 1920. Of course, back then you didn't watch the process on large video screens installed throughout the factory, but technology has improved not only the viewing, but the hygiene, as well. Although the tour ends with a treat fresh from the factory, you'll want to save time for a visit to the Hammond's store, with its huge selection of signature candy canes and lollipops, an old-fashioned chocolate counter, and the Oops! Room, filled with discounted, if slightly distorted, candy at bargain prices.

The legendary Coors Brewery tours have calmed down from their rowdier days of decades ago; instead of just showing up at the brewery, you now must meet at the parking lot at 13th and Ford streets in Golden, where you pick up a free ticket and hop on a bus that will take you on a free tour through Golden to the brewery. There you can drink up the history of the legendary Coors Brewery, which got its start here in 1873 and today is the world's largest single-site brewery, during a thirty-minute self-paced tour. At the end, if you're 21 or over and have a valid ID, you'll be treated to a limited (very) quantity of MillerCoors beer while you view Coors memorabilia. Conveniently, you'll also be close to the Coors & Co. gift shop, if you've developed a powerful thirst for shopping.

Take a self-guided tour of Lower Downtown, the area where Denver got its start. Download the Explore LoDo app, created for the LoDo District in partnership with Historic Denver and the Denver Public Library, and then start walking. The tour will take you to more than 25 historic locations, and at each stop, you can read the story of the site while comparing historic photos to the current reality. Denver is changing fast, and the rich past of this area makes its present status as a city hot spot all the more meaningful.

For both lovers of old-time acoustic music and lovers of the outdoors in general (which covers just about everyone), RockyGrass is an absolute gem of a festival. The four-day get-together takes place on the beautiful twenty-acre Planet Bluegrass, home base of the Telluride Bluegrass and Rocky Mountain Folks festivals, and the magnificent wooden stage here has seen the likes of Earl Scruggs, Doc Watson, Alison Krauss, Steve Earle and hometown heroes Hot Rize, among others. The vibe is fun and family-friendly, and most fans camp out and bring instruments for jam sessions that stretch into the night. The St. Vrain River runs through the property, so you can hang out in the water all day, right next to the stage. 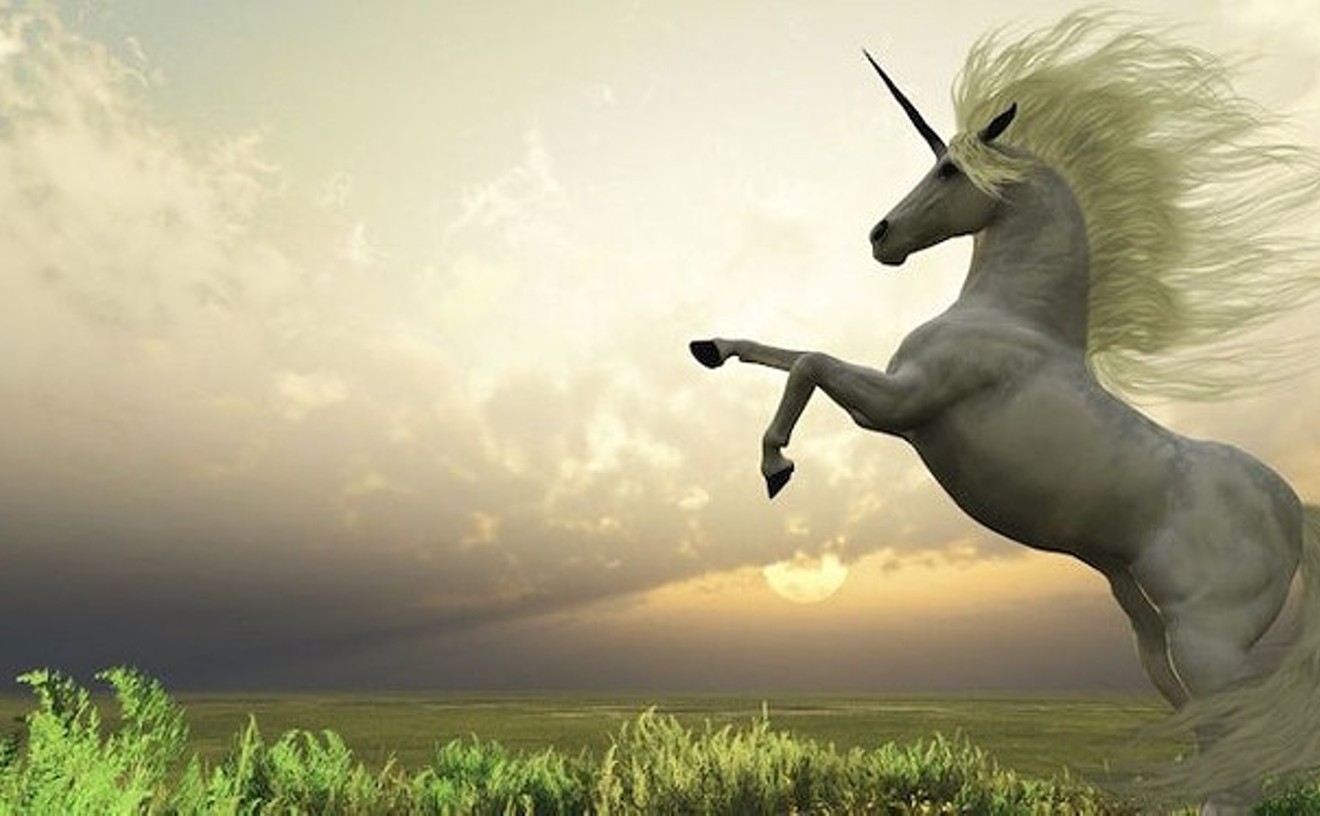 Leave it to event-meister Dana Cain to discover the next big thing: Her first Unicorn Festival turned Littleton's Clement Park into an enchanted world last summer, one where princesses, wizards and mermaids frolicked and unicorn rides seemed required for all ages. The even bigger, better 2018 Unicorn Fest will return on June 23, with two special guests: Morgan and Me author Stephen Cosgrove and his magical companion and favorite book character, Morgan the Unicorn.

SUPERNOVA Outdoor Festival of Digital Animation and Art is one of the few Denver film festivals exclusively programming short films at the cutting edge of technology. This free festival, held in and around the Denver Theatre District, democratizes the movie-going experience, giving audiences a look into the future of the medium. Running an entire weekend, SUPERNOVA includes a juried competition, educational opportunities, presentations by filmmakers, and outdoor screenings of artist-made movies from around the world. This year, the festival's third, promises to be as forward-thinking and fun as ever.

Just beneath the thin, glossy veneer of a new Denver that has emerged over the past decade lies the real city — and the @OldDenver Instagram account is making sure it isn't forgotten. A loose-knit collective of regular contributors share stories of the people, places and neighborhoods that define old-school Denver: a black-and-white photo of cooks working the flat-top at 20th Street Cafe comes with the simple caption "in operation since 1946"; images of paleteros hustling popsicles in Civic Center show up alongside snapshots of Federal Boulevard on a Sunday that include classic cars with shiny rims showing off in the parking lot of Grandpa's Burger Haven. The @OldDenver account is an equal-opportunity Instagram: Use the hashtag #OldDenver on an image and your documentation of a Denver gone by could be featured in the feed.

Alley between 2500 and 2900 blocks of Walnut and Larimer streets

The ever-evolving alley between the 2500 and 2900 blocks of Walnut and Larimer streets provides endless inspiration for Instagrammers. Long before this place became a canvas for the annual CRUSH festival, the ancient warehouse walls on both sides attracted graffiti artists as well as fans of urban grit. As big, shiny buildings pop up all over River North, this stretch remains an unexpected oasis of Colorado cool, layered with ever-changing art that's both official and definitely unofficial. As a result, you're not likely to take the same photo twice while shooting these colorful walls. Just be sure to credit the artists!