Best Sign That DIA Has a Sense of Humor

Yes, Denver International Airport is a mess, now that the renovation of the Jeppesen Terminal is under way; finding your way through the barriers is more frightening than the look in Blucifer's red-laser eyes. But at least airport officials have a sense of humor about the traffic snarl they've created, explaining it with signs placed around the suddenly blocked spaces that play off all the conspiracies about the airport. "Are we creating the world's greatest airport? Or preparing for the end of the world?" asks one. "Learn the truth at DENFiles.com." The answer is out there....

"Get your head out of your apps." When we spotted that sign on a digital message board above a Colorado highway, we almost crashed our car...which was certainly not the goal of that one-liner created by Sam Cole, communications manager for the Colorado Department of Transportation. Instead, he's on a mission to reduce traffic fatalities by using witty messages to remind drivers to stay alert...and obey the rules of the road. As Cole would say: "Buckle up, Buttercup."

For decades, Colorado Public Radio was overseen by Max Wycisk, who turned the operation into a state-spanning behemoth. When Wycisk announced that he would retire at the end of June 2018, CPR hired Stewart Vanderwilt, previously the general manager of legendary Austin, Texas, signal KUT, as his successor — and the change in approach has been notable. Rather than sticking with the tried and true, the station began airing seventeen new shows in January, supplementing its lineup with the impressive likes of The Daily (a podcast by the New York Times), The Takeaway, 1A, Latino USA, The Moth and more. No older programs were cut to make room for these offerings; instead, repeats were reduced. These moves, coupled with the operation's bold acquisition of the online news website Denverite, suggest that Colorado Public Radio is entering a new and vital stage. The local media scene, and CPR listeners, will be the better for it.

The minuscule offices, thin walls and common-area focus of most co-working spaces don't work for many types of businesses, and even those entrepreneurs who can accommodate that model might find themselves longing for more traditional office amenities — like private conference rooms and, well, actual privacy — as they establish themselves and grow. The Flight Suites, which opened at Taxi last year, offer a middle ground between co-working and signing a five-year triple-net lease: plug-and-play offices that house up to twelve people, leased on a one- or two-year basis. Each suite is equipped with furniture, Internet and its own small conference room, with access to phone booths, kitchens, the Taxi gym and pool, and larger shared conference rooms across the campus. You don't get the free kegs, coffee or social activities of many co-working facilities, but you might actually get more work done.

All co-working concepts ply would-be members with an array of individual and group space options, office necessities and amenities like free coffee and beer. Shift is no different, but it stands apart for its versatility and comfort. Versatility: You can join Shift for a mere $59 a month, which gets you basic office offerings like mail and package services and access to meeting rooms. Memberships scale up from there and include more classic common co-working areas, dedicated desks and actual office space, making it appealing for both newly hatched startups and freelancers looking for something more formal than a coffee shop. As for comfort, in addition to relatively airy digs, an eco-minded ethos and cozy design touches, Shift offers community activities to ease the stress of your work day, from on-site yoga and meditation to field trips.

Yes, you could rent a single desk at either of the two RiNo locations of Industry, but these co-working spaces are really designed for growing group efforts looking for something more akin to actual office space with a few amenities. Industry workspace options range from three-person boxes to more traditional (and occasionally sequestered) arrangements, which you're invited to brand and furnish yourself. (This is why you'll find law firms, design shops and fitness-empire headquarters on campus that could have long ago moved to another space.) With your comparatively short-term lease, you still get slightly upgraded versions of all the amenities that make co-working appealing: free beer, free coffee, free Internet and use of recreational and common spaces far nicer than what you'd likely be able to afford if you secured a dedicated suite in an office park somewhere. Plus, there's the added promise of community, with outdoor seating and activities aimed at bringing together people from disparate industries. 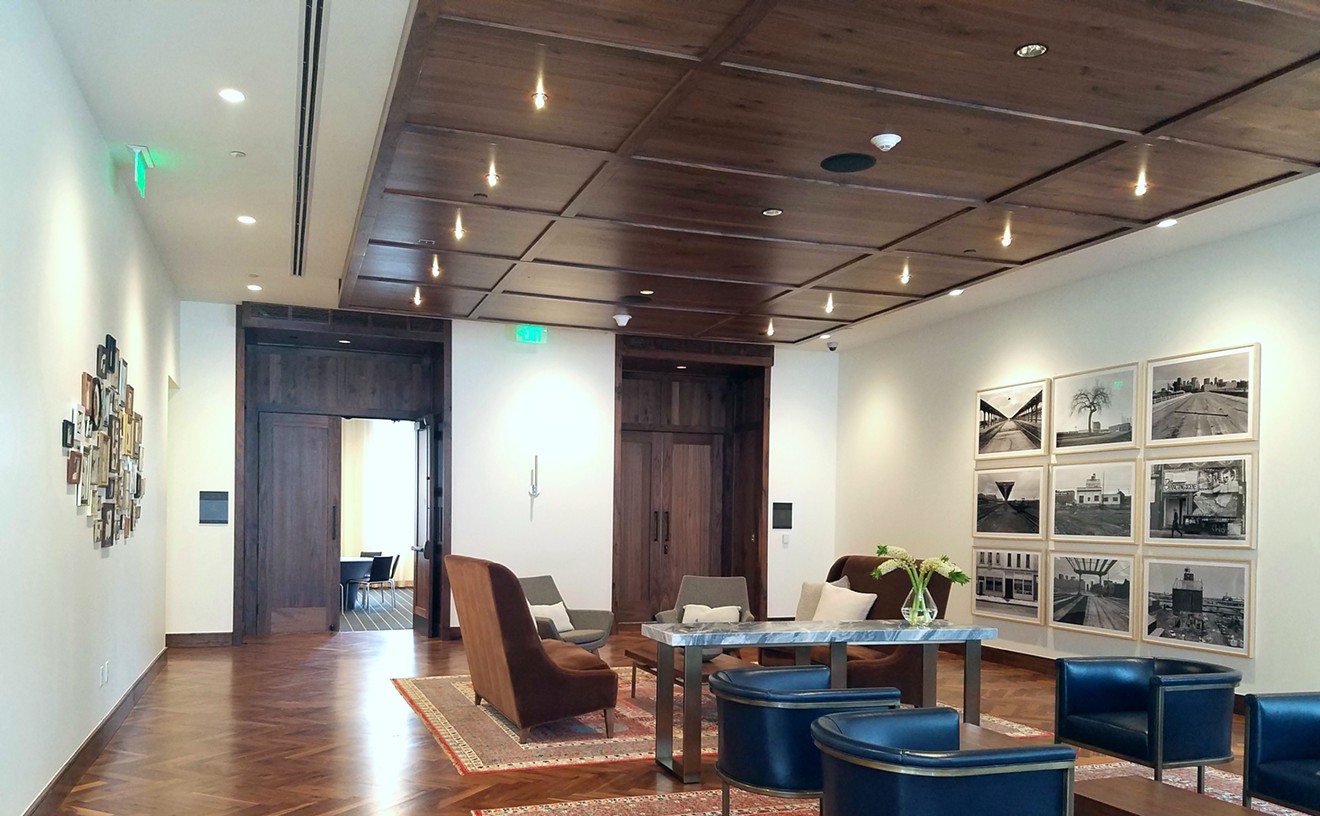 New hotels around town have no reservations about displaying original art, but the Kimpton Hotel Born created a masterpiece of a collection. Not only did the new hotel next to Union Station open with an impressive 700-piece display commissioned from 32 local artists, but it also offers connections to the nearby Museum of Contemporary Art Denver. So after you wander the hotel's halls and view photos of old Denver by Kim Allen along with new works by Stephen Batura, Daisy Patton and Bill Stockman — to name just a few of the artists spotlighted here — you can head down the street to see even more art.

Have a blast from the past at Hostel Fish, an inn built in the circa 1889 Kopper's Hotel and Saloon. The high-ceilinged Victorian charms of the building have been retained in rooms both private and shared, but you'll find all the modern amenities, too, including complimentary wi-fi and charging stations at every bed. The common area includes a bar and usually a convivial group of fellow travelers; for more action, just head down the stairs to Ophelia's Electric Soapbox or venture out into the wilds of the Ballpark neighborhood and LoDo. 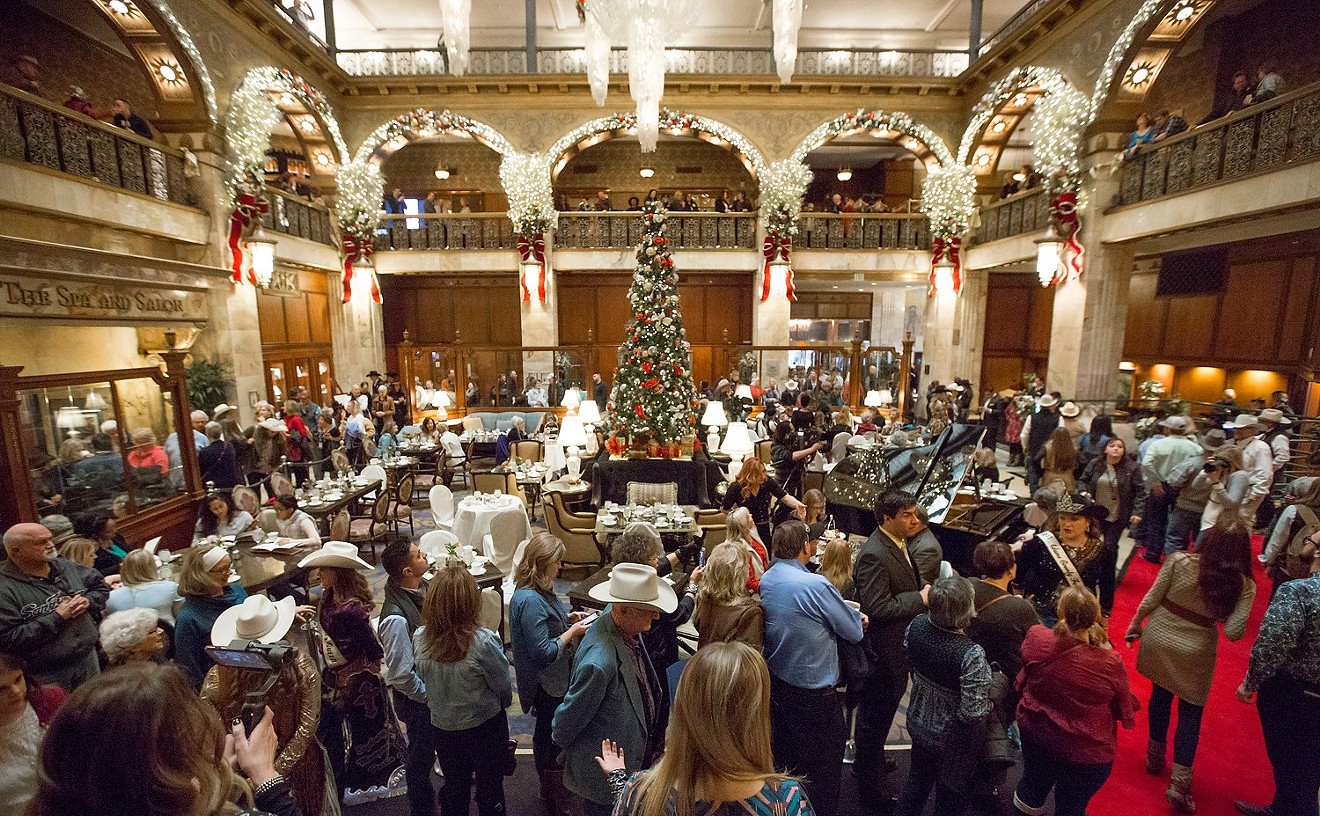 Even if you check in solo, you may find unexpected company in your room at the Brown Palace Hotel. The building opened in 1892, and it's had over a century to collect more than its fair share of paranormal legends and spooky stories. Wisely, the Brown has embraced its paranormal past and has been known to host ghost tours and call on its own psychic to find the best accommodations for those seeking spirits to connect them with the great beyond.

Best Save by a Hotel Project 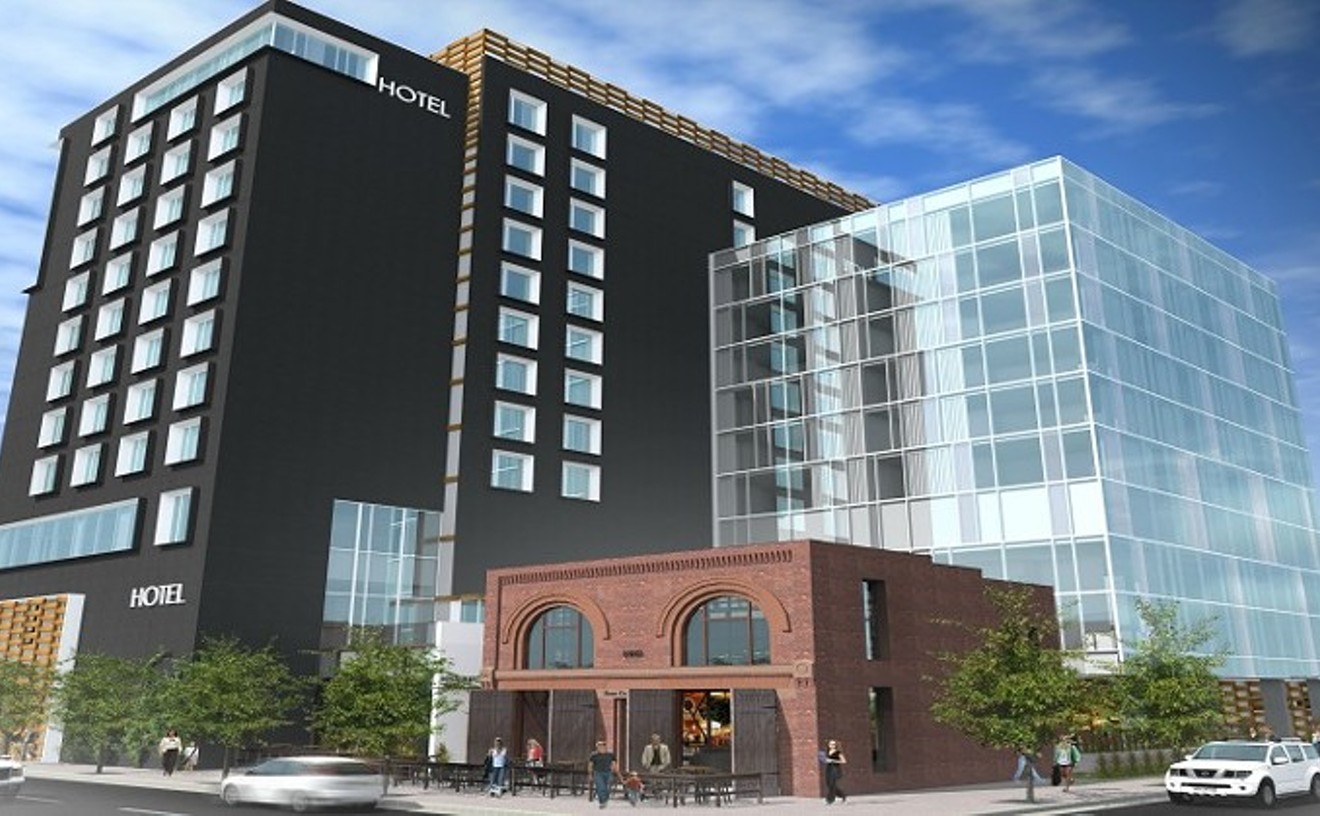 The Hilton Garden Inn Denver Union Station won't open until April, but the project has already made an award-winning save. Built in 1882 for Denver's all-volunteer fire department, Denver Hose Company No. 1 served a bustling immigrant neighborhood known as the Bottoms. It later became a print shop, then a welding shop, but by the early '90s it was empty and crumbling, and it looked like this last reminder of the area's past would disappear. The developers of the twelve-story hotel managed to save it, though, and the restored structure will reopen as a restaurant named after Woodie Fisher, a Denver fireman who lost his life in an early conflagration.