If there's anyone in the state who deserves to be on the esteemed jazz label Blue Note Records, it's cornetist Ron Miles. Rainbow Sign, mostly written when Miles's father was near the end of his life, marks his first recording for Blue Note, and it tops the aesthetic charts with Miles's heartfelt compositions and moving and intuitive interplay with guitarist Bill Frisell and drummer Brian Blade (both of whom have made other albums with Miles), as well as bassist Thomas Morgan and pianist Jason Moran. 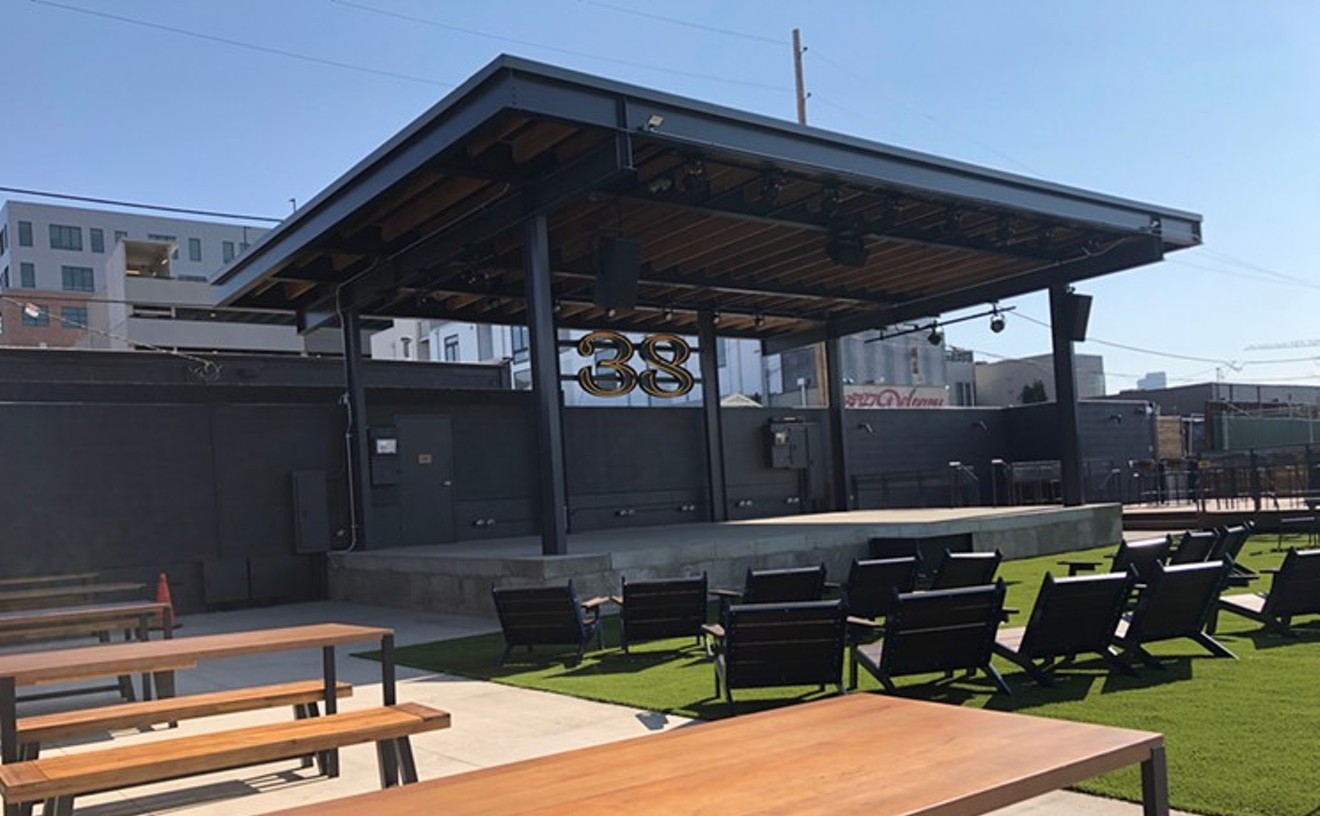 Last October, when Spencer Fronk and Andrew Palmquist opened Number Thirty Eight — a 31,000-square-foot-plus spot in RiNo — they promised they'd host outdoor shows even in the colder months on the venue's massive stage, with its state-of-the-art lighting and sound systems. Sure enough, Number Thirty Eight, so-named because Colorado was the 38th state to join the Union, has lived up to that promise, featuring local acts a few nights a week, along with some national crews. While most of the shows haven't had a cover, reservations are recommended — and needed: This new spot quickly became the hottest in town.