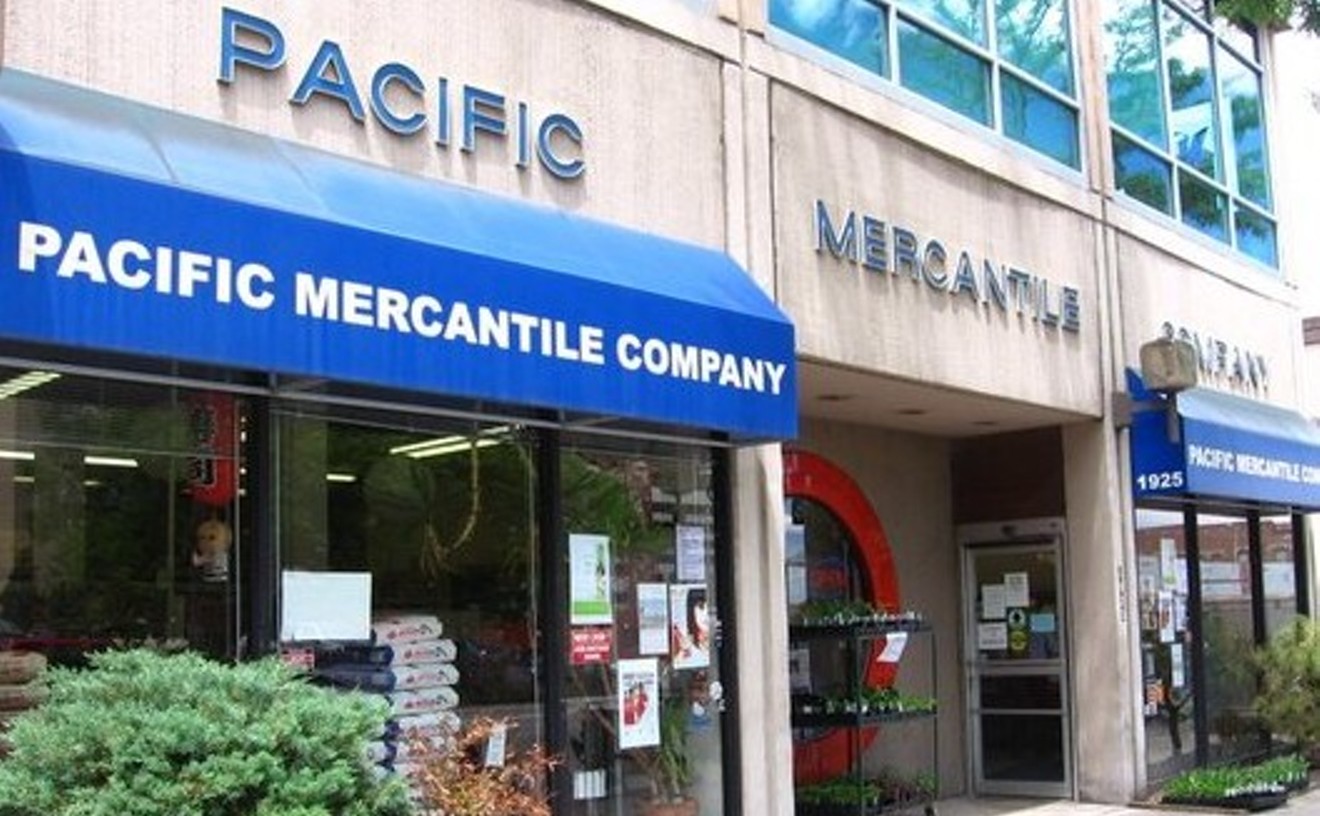 Pacific Mercantile began as a mom-and-pop, opened by Japanese grocer and first-generation American George Inai, who moved to Colorado after spending World War II in internment camps. The market opened on Larimer Street 75 years ago, then moved next to the Denver Buddhist Temple on Lawrence Street in 1972 to help anchor the newly built Sakura Square complex. The grandkids run the store now, but Pacific Mercantile hasn't lost an ounce of charm: It still stocks everything you need to correctly prepare and serve Japanese dishes, as well as a deluge of imported treats (Pocky sticks, rice crackers, sugary Ramune drinks, Hello Panda cookies) and a beautiful array of Asian housewares, kitchen goods and gifts.

Everyone's smoking these days — meats, that is. Backyard cooking has become a passionate pastime for weekend warriors looking to emulate their favorite Texas brisket, St. Louis baby-back ribs or Carolina pulled pork. And you'll find many of these budding Steven Raichlens congregating at Proud Souls, eyeing the pellet smokers or caressing the Big Green Eggs with envy. But even if you're not ready to take the plunge with the high-end smokers, you can still find all manner of outdoor cooking gear here whether you're shopping for a new spatula or a grill tray, and the wide array of sauces, dry rubs and marinades will keep you coming back. There's even a fridge stocked with top-quality meats so you can get all your barbecue shopping done in one location. Cooking classes, outdoor demos and pro tips on the right products for your needs are part of the package, too. Like that sports car showroom, you may find yourself spending more and more time at Proud Souls just to be in like-minded company. 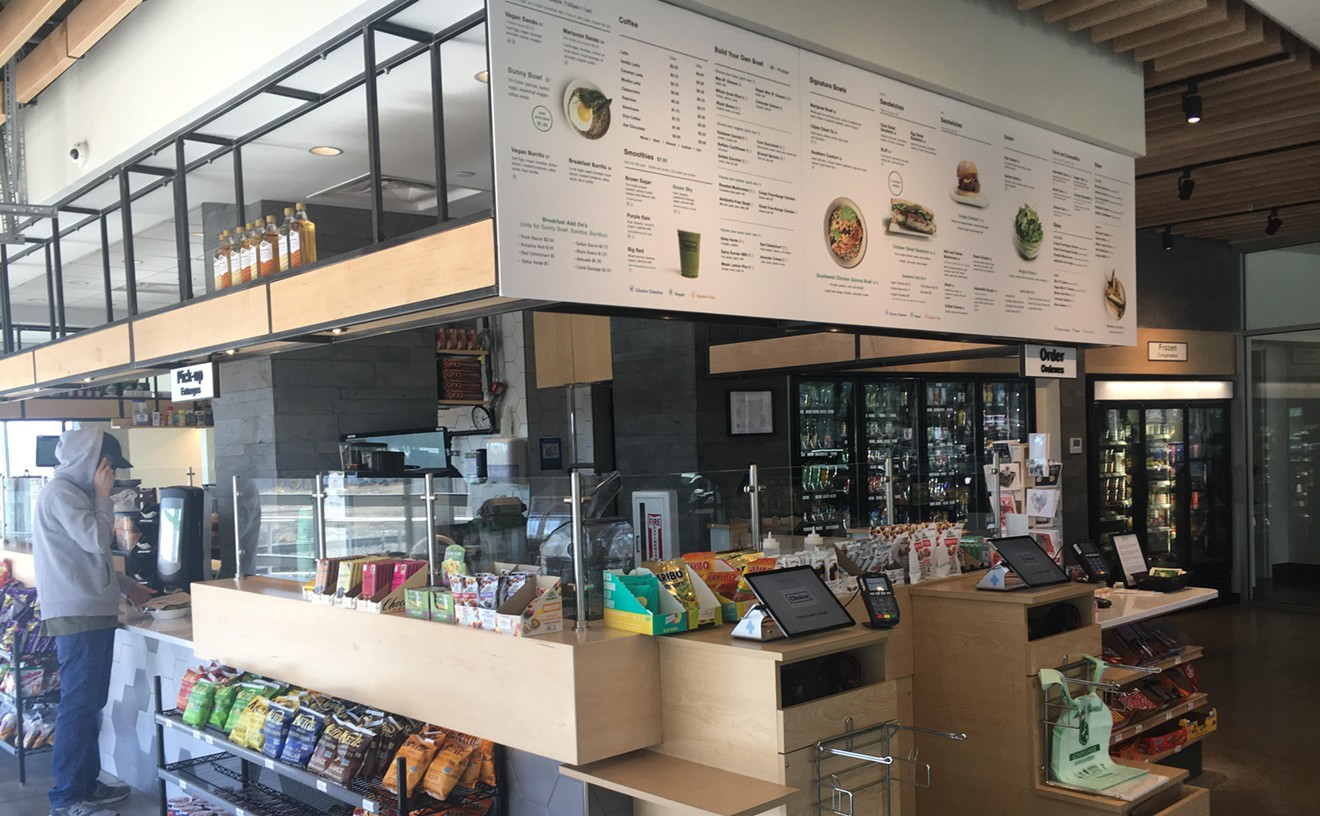 For some folks, shopping at Choice Market might feel a little solitary, without customer service or the checkout chitchat about football and the weather. But in a sped-up world where anything is just a click away, Choice Market is the epitome of self-service. Through the use of two apps, Choice NOW and the Choice Mobile App, you can shop in-store by checking in with a QR code, or order in advance for pick-up or delivery, without ever having to wait in a line. Mom and pop's convenience store was never like this. Just don't forget the beef jerky, because you'll no longer be lured by it at the checkout counter. 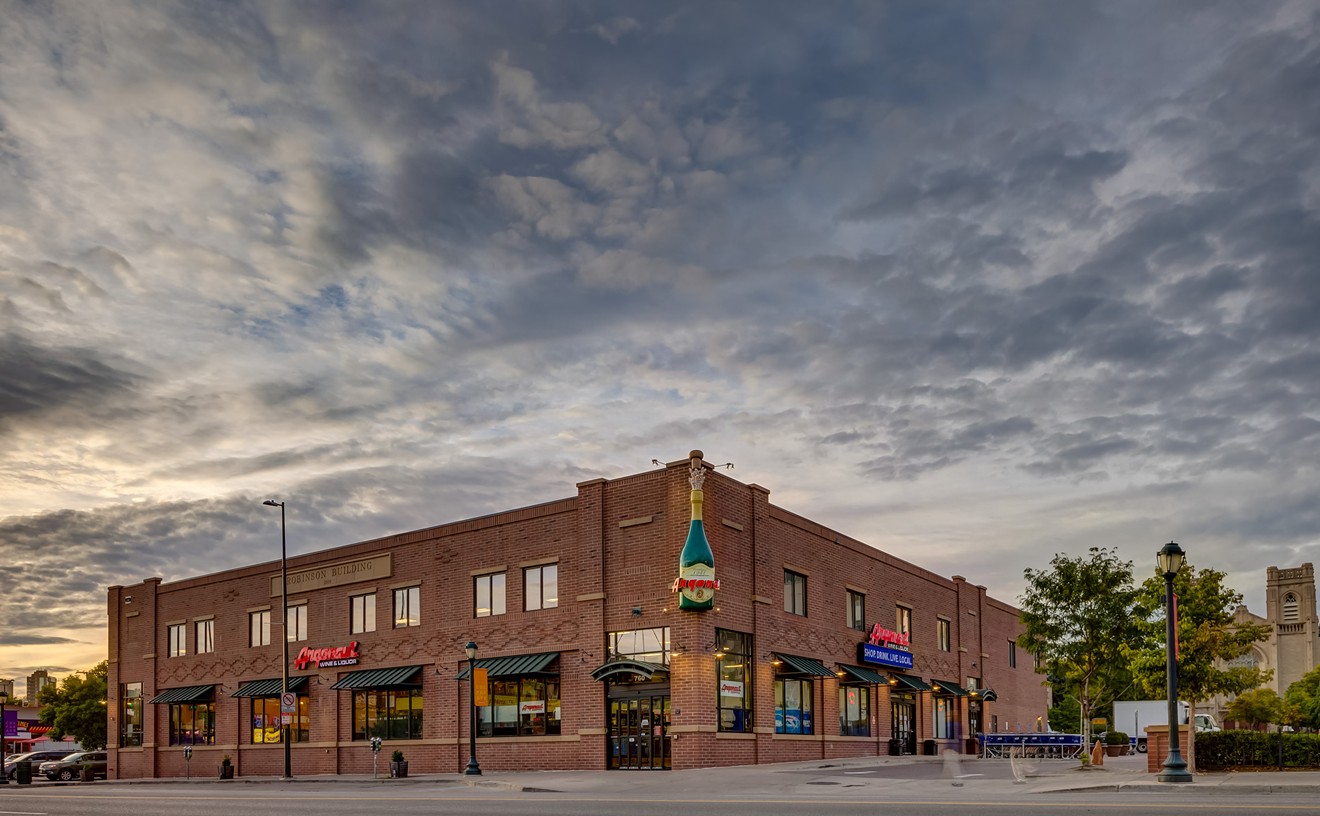 Liquor sales went through the roof during the pandemic, and our tabs at Argonaut probably account for a good half of that growth. While we've bought beer and booze at stores all around town, we keep finding ourselves going back to Argonaut not only for the massive selection, but for an ownership that's become very sensitive to the tastes of Denver tipplers (and teetotalers) over the past five decades. Always drink local.

On a trip to France, Bill and Christy Wynne were inspired by the normalized sobriety scene there that included readily available alcohol-free beers in supermarkets and bars. They decided they wanted to be part of the movement to change the societal pressure of socializing under the influence, and last fall opened Awake, an alcohol-free bottle shop and coffee bar in Jefferson Park. Awake carries the largest selection of alcohol-free drinks under one roof in the country — with everything from zero-proof products like Giesen sauvignon blanc imported from New Zealand to locally sourced Gruvi Stout — and the Wynnes say they've tried every one to ensure that they're stocking the best products for their customers. Soon those customers will be able to try those products on the premises, when the coffee bar becomes a full sober bar and restaurant. Cheers!

Roll through the radio dial, and you're sure to hear a glut of pontificating aggro men using their radio shows to bully guests and mold the world as they see fit. And then you stumble across Ryan Warner's soothing voice on Colorado Public Radio's Colorado Matters, and you get a model for how much better discourse could be. Warner approaches his guests — nearly always fascinating picks — with empathy, respect and a sense of humor. He doesn't shy away from asking tough questions, but he's no bully. And he handles some of the most important — but not always biggest — stories in our state with the generosity they deserve. 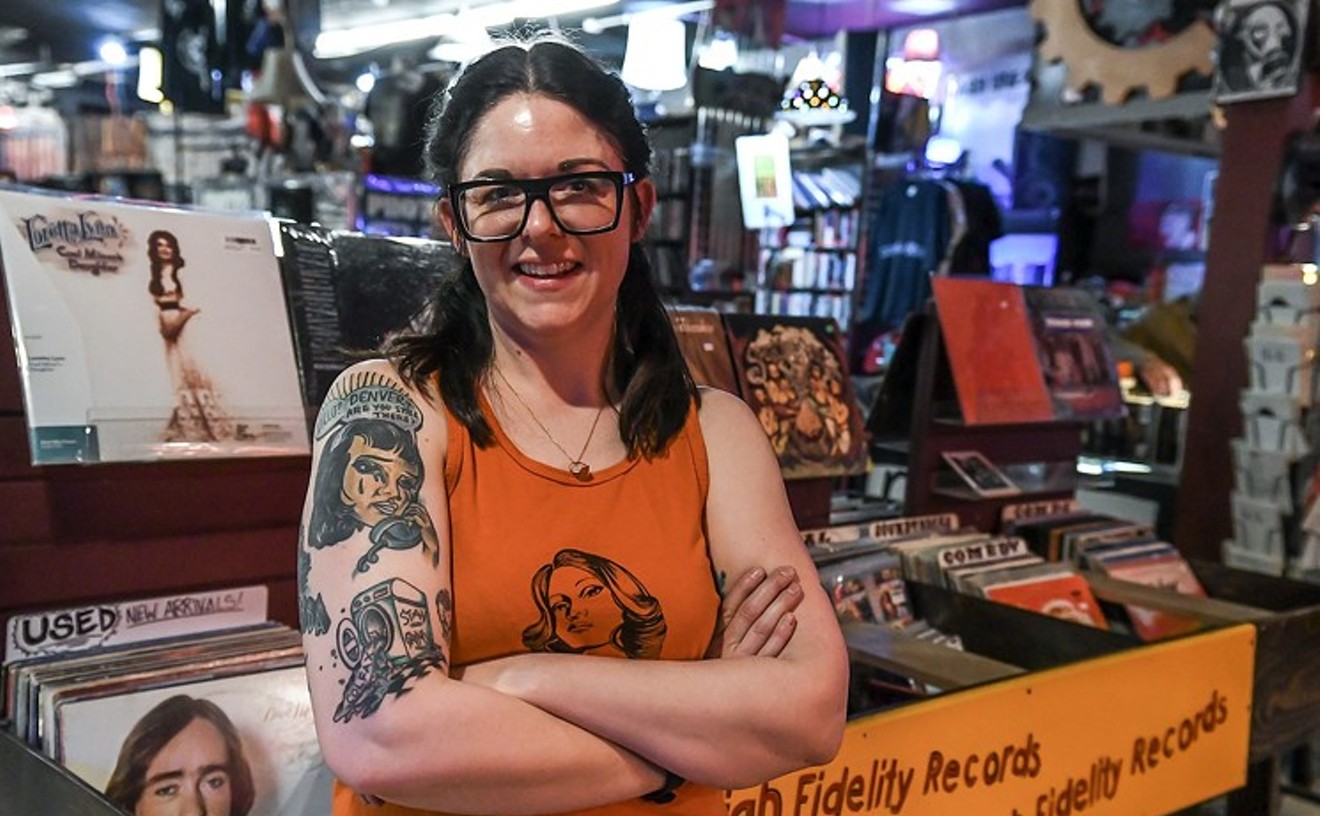 We feel like we've watched Bree Davies grow up — and maybe we have — from her days as a punk-loving, Colfax-dwelling kid to her work as a Westword contributor to her new, respectable status as the host of City Cast Denver, the new podcast brought to the Mile High City by the Graham Foundation, of all things. But while the funding might come from outside Colorado, the emphasis is all local, with former Best of Denver winner Paul Karolyi as lead producer. Together he, Davies and the rest of the crew pull together fifteen-minute weekday-morning podcasts that encapsulate just what you need to know — love it or hate it — about Denver right now. From the fate of Elitch's to the best Mexican food, City Cast keeps Denver talking. 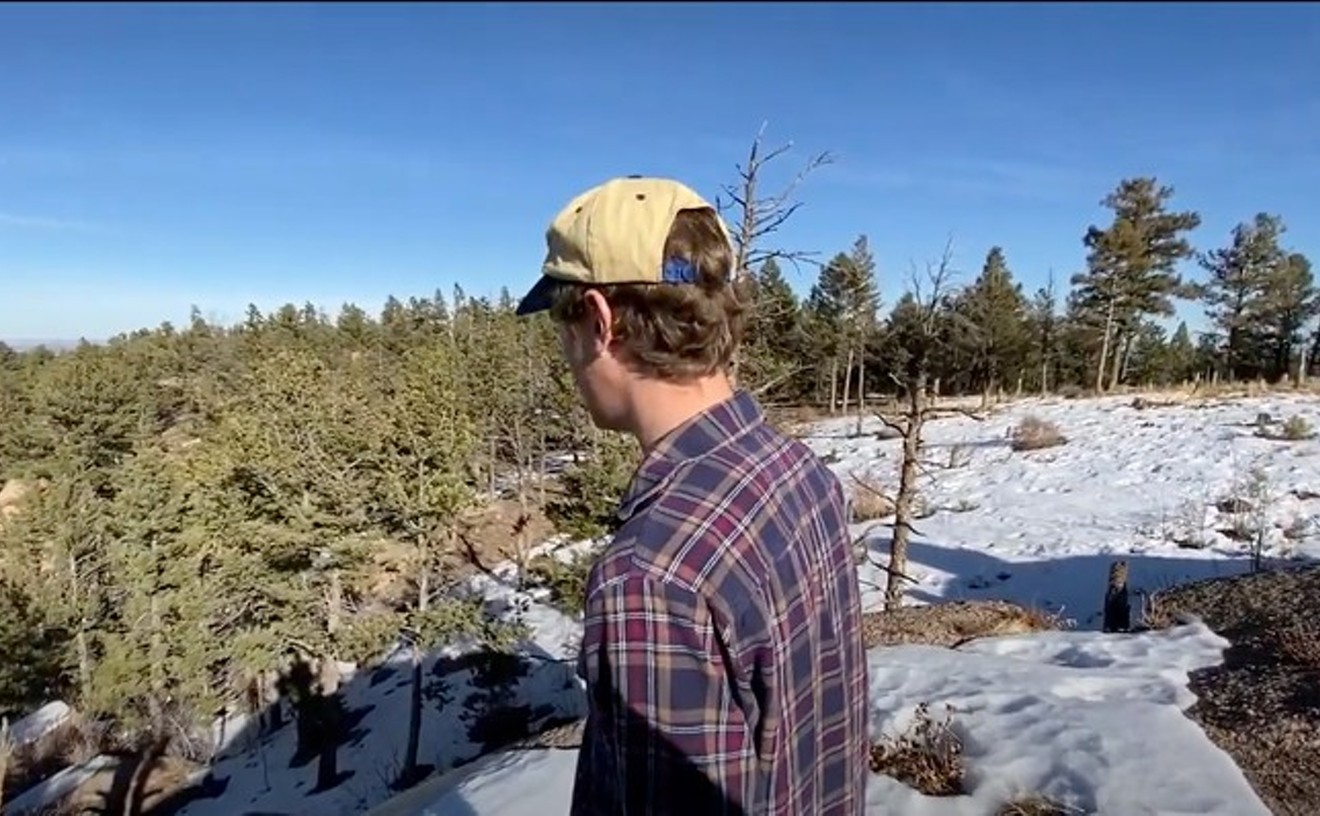 Back in August, former Westword writer and longform journalist Chris Walker debuted The Syndicate, a thrilling, eight-chapter, true-crime podcast produced by Imperative Entertainment and Foxtopus Ink. It tells the story of a group of college buddies who exploited Colorado's medical cannabis laws to create one of the most successful drug-smuggling rings in U.S. history — before the traffickers were brought down by a federal mole. The story, which includes skydiving, drugs galore, wild characters and plenty of derring-do, is the perfect soundtrack for your next drive across the state...whether or not you have drugs in tow.

Some Work, All Play

Speaking even faster than they can run, husband-wife coaches and national-champion runners Megan and David Roche have recorded Some Work, All Play, a binge-worthy thirty-minute podcast that invites listeners into their Tuesday morning conversations about life's big issues — from what's going on in the news to fascinating movies, books or articles they've read. After their banter, they answer listener questions about training and offer data-driven running advice rooted in both sports science and the kind of unflagging optimism and cheerleading that will help listeners get through the toughest runs. They are all about compassion, flamboyant joy and endless love. Now, that's something to chase.

Lighthearted banter and random silliness of the sort that has been commonplace in morning television news for decades feels out of step given the current state of the world — which is a big reason that CBS4 Denver's approach is so refreshing. Instead of relying on gimmicks, the station simply tasks main anchors Dominic Garcia and Kelly Werthmann (aided by CBSN's Makenzie O'Keefe) with delivering the most important stories at the dawn of the day straight, with big assists from a deep bench of reportorial talent that includes Mekialaya White and veteran Rick Sallinger. Add weather updates from Ashton Altieri, who eschews bluster and overhype in favor of the most relevant information, and you've got a wake-up program perfect for 2021.