Reader: We Should Scrap Caucuses and Use Open Primaries 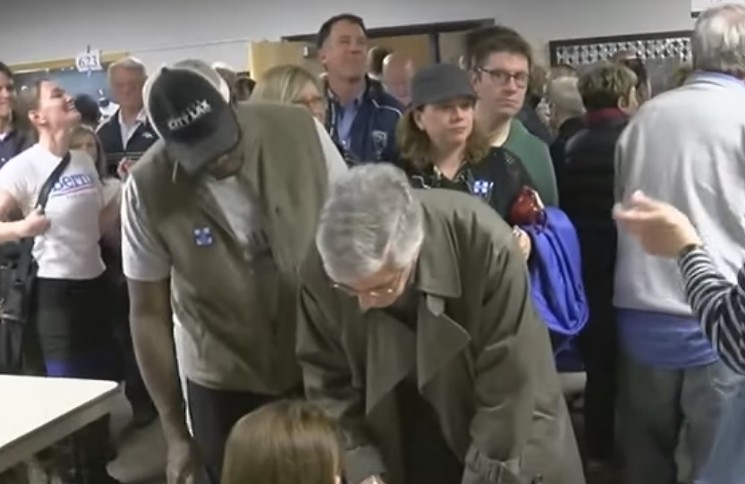 7News via YouTube
On Tuesday, March 6, Colorado caucused. Republicans and Democrats gathered in gyms, schools and other open spaces to begin the process of electing Colorado's next governor. Like elections themselves, though, caucuses aren't without controversy. While some Coloradans consider the caucus a cornerstone of democracy, others argue that caucusing is an archaic, unnecessary step. Nathan, for example, who says:

Quit having them. They are less democratic than primaries. And we have both, which is confusing and time-confusing. Oh, and the primary determines who gets on the general election ballot, not the caucus.


The one and only step is to scrap caucuses and use open primaries.

1) Caucuses are a stupid waste of time and energy in the age of technology. 2) Be sure to vote against anyone who has ever taken a DIME from the NRA.


Change the caucus system to a primary. If you keep the caucus system, make it at times when people can go, don't need child care, or allow them other ways to participate as delegates rather than just the caucus. Caucusing is a very confusing process which excludes a huge number of potential participants. If the Democrats are really for expanded voting, they will go to a primary system allowing everyone to vote.


And to make caucusing more intriguing to voters, Susan suggests:

Keep reading for more of our coverage of caucuses.