RTD Isn't Raising Fares to Pay for Proposed Low-income Passes. At Least Not Yet. 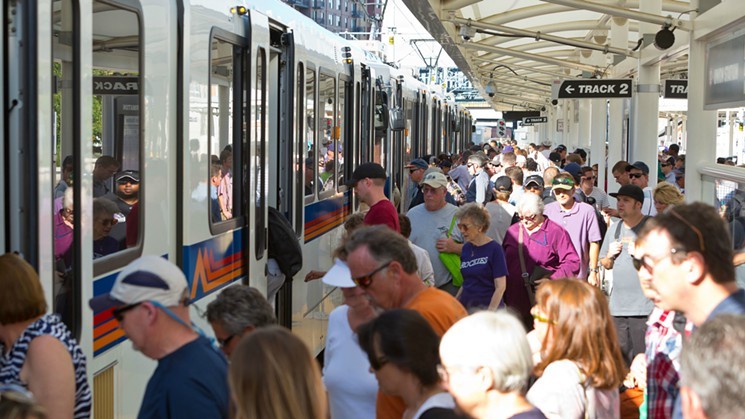 Courtesy of RTD
After the Denver Post and other outlets reported last week that the Regional Transportation District is going to raise local, regional and airport fares to make up for new discount programs that support low-income and youth riders, RTD has been on the offensive to clear up what it says is a misrepresentation of a proposal.

RTD's message: The issue is a lot more nuanced.

The agency hasn't started its public-fare review process, and no figures are even being considered by boardmembers. But fare adjustments — whether up or down — could be considered this year.

It all started because two new passes were proposed by RTD's working group. A proposed and long-sought low-income pass would discount fares by 40 percent for riders at or below 185 percent of the federal poverty line. And a proposed youth pass would discount fares by 70 percent for riders nineteen and younger while raising the age for a free bus ride from five to twelve years old for those with a fare-paying adult. All recommendations will be considered by RTD senior leadership and then passed on to the board of directors, which will have the final say.

Here's where RTD says the misrepresentation happened: Because a fare review was already scheduled for this year, the working group made modeling assumptions that anticipated RTD boardmembers approving a fare increase for 2019. (The cost of local fares has steadily risen over the past decade, and the last fare review was in 2015.) 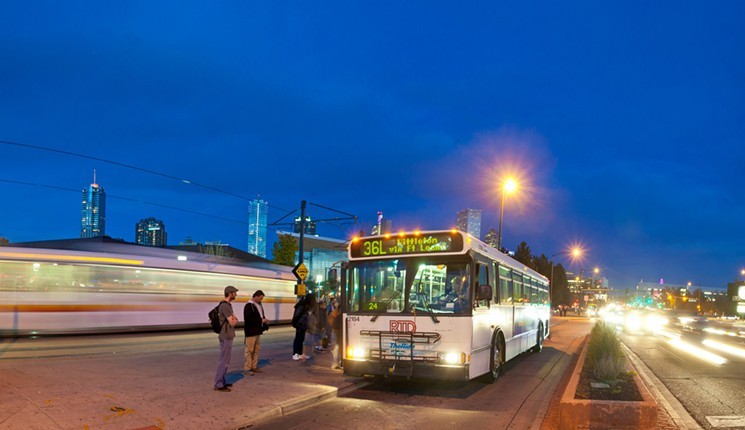 Courtesy of RTD
"In doing the fare review, which is going to be a public process, [the Pass Program Working Group's] work will be taken into consideration, but [the fare review is] a separate process," says Laurie Huff, senior public affairs specialist at RTD. "People ask me, 'Jesus, $3 fare?' And all I can tell them is we don't know. We just don't know what's going to happen to this body of work once it goes through a review, and we don't know what's going to happen in the fare-review process because all of the people reviewing it at every step are human beings, and they may not like what they see. ... It's hypothetical. It's all hypothetical. These are not set in stone, and nothing is going to happen until the board reviews it, so stay tuned."

A base fare increase could help defray the cost of providing additional discounts, which would meet RTD's demands that any recommendations from the group be revenue-neutral. So the group assumed increases for local fares from $2.60 to $3, regional fares from $4.50 to $5.25 and airport passes from $9 to $10.50. Businesses and neighborhoods enrolled in EcoPass and universities that subsidize student bus fares could also see their program rates go up under the recommendations.

"If they were to increase the base fare too much [to make up for the discounts], that could decrease ridership in that big middle section of people that aren't getting a discount," which would be counterproductive to the pass program, says Joel Noble, a member of the Pass Program Working Group who also serves as a transportation co-chair at Inter-Neighborhood Cooperation. "Because we never explicitly talked about fares and we know fares have an impact on ridership — higher fares, fewer people choosing to ride — we wanted to make a statement in this recommendation of, 'We don't want fares to go higher than $3.' It would have a deleterious affect on ridership if we went higher than $3. So it's not our purview to recommend fares. We still took the opportunity to say don't go higher than that. ... It puts a pressure on the rest of the process to see what has to give, how this whole program can hang together."

Predicting a fare increase was just a way for the working group to know where the boundaries lie. The group can't make or recommend base-fare adjustments; all they can do is put forward a proposal on the pass programs that may or may not be accepted — partially or in its entirety — by RTD leadership and its fifteen boardmembers, seven of whom will be on the ballot this election cycle. If a $3 local fare is adopted after everything is said and done, it would make RTD local fares the most expensive in the U.S., a title they would share with fares in St. Louis, Missouri. The board can choose not to raise rates or can find money elsewhere to make up the difference.

RTD could see changes to how it collects sales-tax revenue, its single largest source of revenue. The nonprofit 9to5 Colorado is working with Representative Faith Winter to restructure RTD's vendor fees so that it retains more sales-tax dollars. Currently, RTD pays vendors the cost of collecting its 1 percent sales tax. Reducing that vendor fee would be a boon to RTD's budget. The agency isn't involved in the legislation, and a bill has not been introduced yet.

Steep discounts for youth riders isn't a concern for RTD. Although it doesn't collect youth ridership data, the agency says it doesn't have many children or teenagers taking public transit, so offering the discount won't dent its budget. Denver Public Schools, which had a seat at the working group, hopes to make the most of the discount to help more low-income students get to school.

But low-income riders make up a considerable slice of the agency's ridership, and providing discounts will impact its bottom line if it doesn't make up the difference somehow. A 2016 report from the Colorado Fiscal Institute estimates that 48 percent of riders earn $35,000 or less a year. (More startling is that one in five RTD riders earn $15,000 or less a year.) Depending on how the 40 percent discount is given to low-income riders, RTD expects to see an annual revenue loss of $3.4 million to $8.5 million even with the assumed fare increases. The discrepancy in lost revenue depends on how many low-income residents jump through the hoops to qualify, how convenient RTD makes purchasing the passes, and what kinds of tickets qualify.

"The whole idea behind fares, period, is transit agencies don't charge them for fun. We're doing that to be able to provide the level of service that the region demands. We can take cuts in that revenue, but that usually means we're actually looking at reducing the amount of money that we have to provide the service that people expect us to provide, so there's that basic trade-off," says Michael Washington, transit equity manager at RTD. "[Low-income residents] make up a large percentage of our ridership, and to essentially say we'll take half or 40 percent less revenue from this large portion of our ridership is going to mean less revenue for us."

Community advocates have long called for RTD to create a low-income pass program, something that the agency had previously pushed against, especially given the effort it would take to get all eight counties on board.

Prior to the low-income program, a nonprofit pass program provided a 50 percent discount on RTD fares to provide discounted tickets to residents. Select nonprofits would purchase these tickets and even further subsidize them for low-income residents. The program's flaw was that the number of available tickets was capped at a few million dollars each year, meaning few nonprofits were able to access the program and only some low-income Coloradans had access.

Nonprofits like Mile High Connects, which had a seat in the working group, pushed for a 50 percent discount for residents at or below 150 percent of the federal poverty line. But that proposal was scrapped because it would cost RTD at least $4.4 million annually and would cover fewer people.