BFFs Plan the Perfect Murder in the Gloriously Dark Thoroughbreds 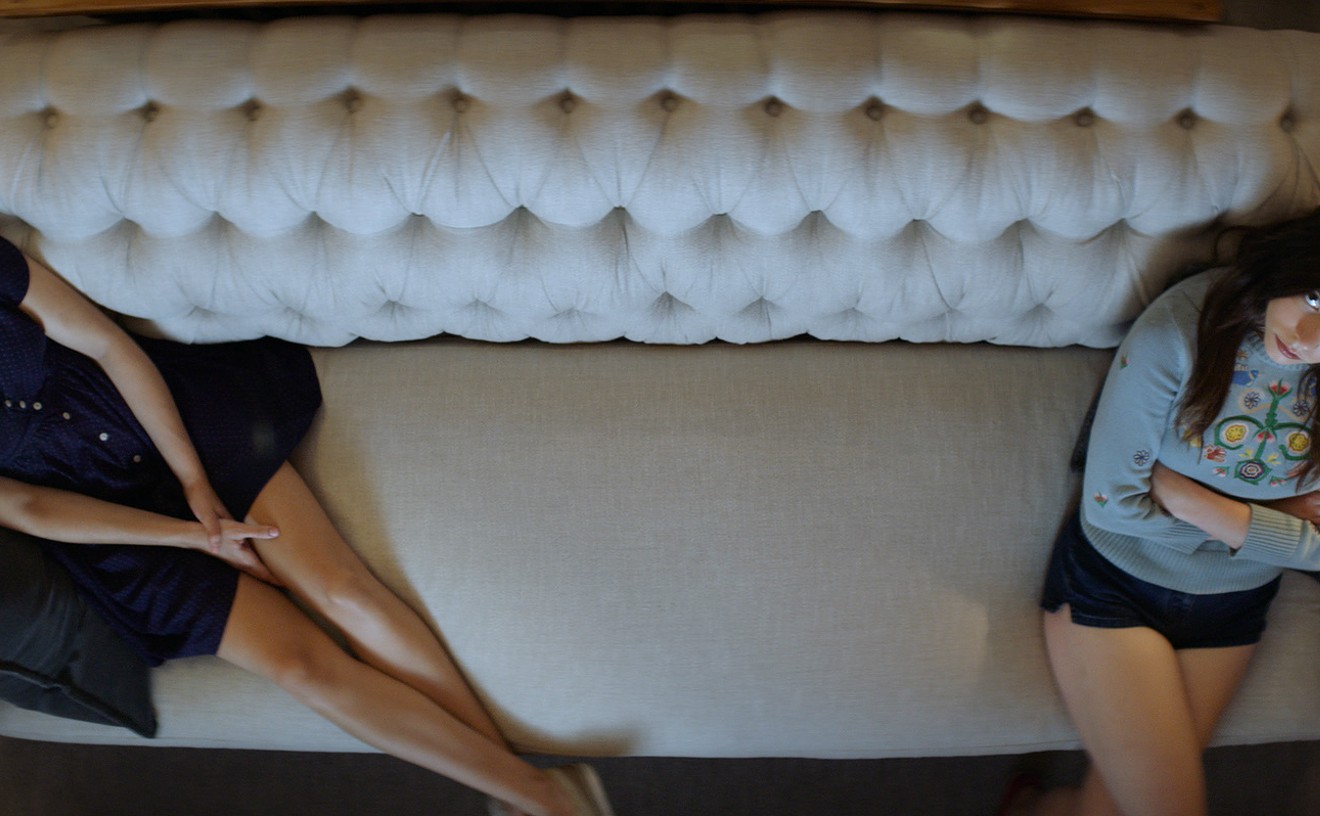 And you may surprise yourself, too, when, in the final scenes, you realize just how much horror this writer/director and his excellent cast have convinced you to roll with, maybe even to accept as justified. Posh, porcelain Lily wants to kill the stepdad (Paul Sparks) who rules over her palatial home. And since the guy’s a vision of moneyed, muscled menace — a prickish blond bro who juice-cleanses every month and has Lily’s mother convinced she needs a tanning bed in the house – you, of course, might be tempted to welcome this. After all, this domineering dude gives off the troubling whiff of Alexander Skarsgard on Big Little Lies.

Thoroughbreds’ best trick is to convince us, through the aching stillness of its stars’ eyes, that it might not actually be a twisty, twisted thriller inspired by the likes of Strangers on a Train. The characters seem too interesting for that. Early on, we follow Amanda, alone, through the open door of Lily’s family’s mansion. Dressed-down Amanda seems alien to this milieu, yet also uncowed by it, at the most just mildly interested, unaffected by the unease the sequence stirs in audiences. The camera glides behind Amanda as if she’s passing through some haunted basement rather than sumptuous parlors. Soon, she encounters Lily, who does seem cowed – by the resolutely impassive Amanda, with whom she is obliged to share some kind of study date. After some strained conversation, Amanda declares that she’s been diagnosed with everything her therapist can find in the DSM-V. Her summation of herself: Her brain doesn’t let her feel feelings, but she can imitate them.

Finley, a playwright making his debut as a feature director, slowly teases out the specifics of how these two know each other and why now, after years apart, they’re suddenly spending time together. Again and again, new information upends our understanding of the scenario; meanwhile, he charts the subtle shifts of power between the two girls and induces viewers to identify, at times, with them both. That’s especially an achievement considering how disengaged these characters pretend to be — their lassitude proves arresting rather than dreary. Working with Lyle Vincent as director of photography, Finley continually offers up striking, emotionally resonant compositions, including a wide variety of inventive two shots in which the leads talk at or simply regard each other. Either actress could command the frame; when they share it, the air between them trembles.

The early scenes belong to Cooke’s Amanda, whose utter indifference to social niceties intrigues Lily, especially when Amanda announces — while watching Rudolph Mate’s D.O.A. — that she can cry on command. All it takes, she insists, is the manipulation of the physical processes that wring tears from eyes, a skill she convincingly demonstrates. Lily, who’s all jitters beneath her veneer of affluent placidity, is awed by this: She wants to master the emotions she reveals, too.

The film, much like teen lives, centers on performance: performance of self, performance of friendship, performance of the perfect life that we might believe at first Lily enjoys. Soon, when Lily suggests that they collaborate on the murder of her stepfather, it’s hard to tell which of the girls is nudging the other — and even, at first, whether they’re even serious. A couple of scenes later, they’ve enlisted a burnout drug dealer played by the late Anton Yelchin to handle the actual killing. You’re left to wonder: Is this schmo a patsy? Are the young women in over their heads? Could Amanda truly be as cavalier about life and death as she insists herself to be?

Some critics have suggested that the film is satiric, like Heathers or American Psycho, but that reading seems to me to overlook the pained humanity at the core of Thoroughbreds — and the fact that Finley and his cast resist any temptation to go over the top. The film’s not about the wicked fantasy of killing; it’s about how the perfect murder demands a terrifying dispassion, and how achieving that demands the killing of some vital part of the self.

Like the leads, Yelchin, in his final role, inhabits a richly realized character, a troubled soul whose actions you can’t quite guess. He’s reluctant to go along with the scheme, but Lily and Amanda goad and even bully him into it. As in Heavenly Creatures, the young women come to mirror each other and to bring out each other’s best and worst. Nothing goes as planned, of course. All that should be said about the film’s back half is that, again, for all the fluid camerawork and exquisite exploitation of cinematic suspense technique, Finley is a playwright with a shrewd sense of act structure, of power dynamics, of revelations that prove as inevitable as they are shocking. He has crafted a noir that’s only superficially indebted to its predecessors. Here are scenes you haven’t seen before, written and acted with rare psychological acuity, in a story that stings and surprises.

The film is just 90 minutes, but Finley never rushes, leaving us time to soak in the horror of what these young women are planning. The violence, mostly, is offscreen, depicted through the sound design and the passage of real time, one agonized second after another. That’s a master stroke: We’re induced to imagine it rather than merely to look at it, as we do in most movies. Thoroughbreds makes us all, in this way, complicit.