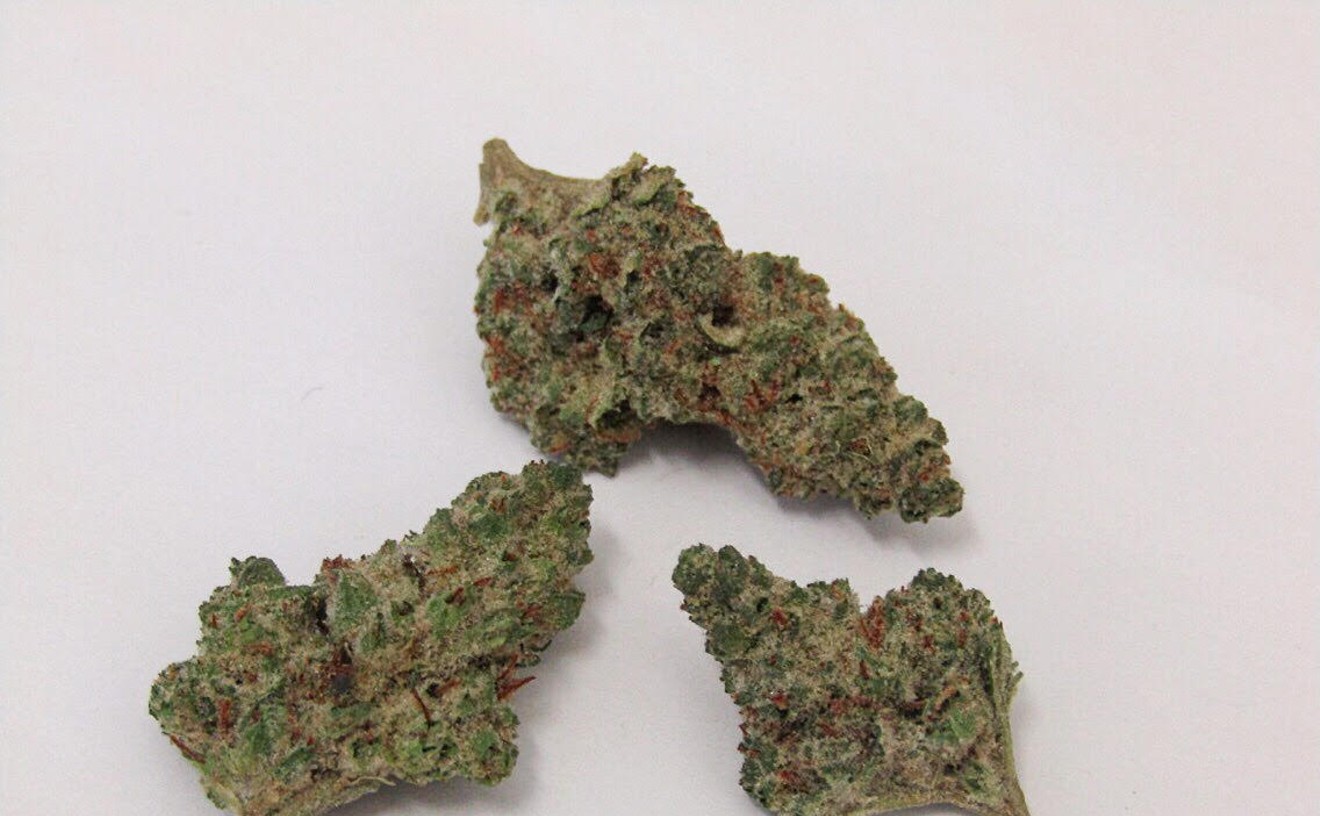 Herbert Fuego
You'll clean every one of Augeas's stables after a bowl of Hercules.
For most generations, Hercules (or Heracles, if you want to get technical) denotes strength and resiliency. But for mine, he was a cartoon taking orders from a minotaur voiced by Danny DeVito, or a loud kid who made childhood obesity funny in The Nutty Professor. Still, when I found a cannabis strain named after the Greek demigod, I couldn't help but feel a bit intimidated.

In fact, given Hercules’s generally powerful reputation, I was surprised that the mythical hero hadn’t already inspired a variety of cannabis when I came upon a hybrid bearing his name. The dude killed something called a Nemean lion as well as a fucking hydra, so it was fair to expect a hulking strain with debilitating potency. But while Hercules can reach THC levels of nearly 30 percent, this hybrid of Gupta Kush and Hawaiian Urkle is known for an amiable and versatile high, with buds that are more skinny and spindly than chunky and compact. This isn't a case of calling a fat guy “Tiny,” though, because the Herc brings it in other areas.

Although its high won't overpower you, most users would argue that that's a good thing — and what the strain lacks in brute force, it makes up for in longevity. Any morning toker would appreciate Hercules's breakfast qualities, giving off smells and flavors of melon while providing the same motivational but gentle uplift that your favorite Little League coach did on Saturday mornings.

Hercules is becoming increasingly popular around Denver, but as with Gorilla Glue, its qualities can vary from grow to grow, and it's known to have a number of phenotypes — though every one I've come across delivers similar hybrid effects. Colorado Harvest Company, Denver Dispensary, Peak and Pure all carry some form of Hercules, with the versions at Denver Dispensary and Peak (from a wholesale grower) both providing my favorite flavors and effects. Pure has two phenotypes of Hercules, both of which are high on the terps for $25 an eighth.

Looks: Don't be put off by Hercules's slender bud structure, as its finger- and diamond-shaped nugs are more about length than width. The strain’s bright-green color, peach pistils and moderate crust of milky trichomes make for a vibrant combination that pairs well with its smell.

Smell: Much like Durban Poison, Hercules offers a potent mixture of sweet and soil, with a twinge of pine and tropical fruit that reminds me of cantaloupe. Earthy and melon aspects create a fruity but balanced aroma.

Flavor: Sweet and savory notes of oranges and melon are accompanied by a welcome pine aftertaste that cuts into some of the fruitiness, cloaking the tastebuds in tropical and earthy flavors.

Effects: Hercules carries the designation of an all-day strain, and rightly so. It stimulates the mind while loosening the body without draining either, making it great for sessions from morning to night, inside or outdoors. The strain can also have an array of medical benefits: It’s used to treat eye pain, eating disorders, anxiety, stress and other forms of mental anguish.

Commercial grower's take: “One of the tougher strains to nail down genetically. I’ll bet if you compared DNA tests of Hercules from different shops, the results would vary across the board. I've heard of some taking eight weeks, but ours takes nine — and that extra week helps flush out for a better flavor and smoke.”

Home grower's take: “Bomb. I love Hercules. Gets me lifted in the morning, after lunch and before suppertime, and I never get tired. I think it's kind of like food that tastes really good but doesn't look all that great, because I have a hard time convincing people who haven't tried it of how great the high and taste can be. It's not too hard in the grow, but it's not easy, either, especially if you don't like or aren't good at topping your plants a few times during the bloom cycle. “