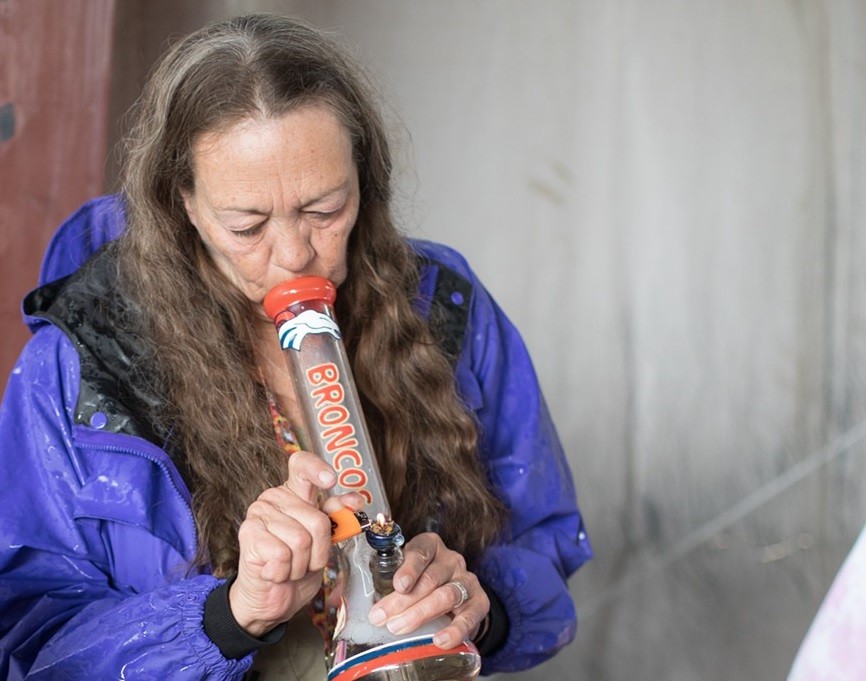 Jacqueline Collins
Although it's legal to purchase cannabis, consuming it is still largely a private affair in Colorado.
Coloradans approved legalizing recreational cannabis over seven years ago, but the state's still slowly figuring out this whole social-consumption thing. Although a new law allowing dispensary tasting rooms and cannabis consumption areas in certain businesses has taken effect, local governments must opt in to the program for these businesses to operate, and that process is happening slowly throughout Colorado.

But you're not totally out of luck. A handful of bright and bold businesses have figured out ways to bring cannabis hospitality without technically running afoul of the law. (The City of Denver might dispute that every once in a while with the owners, but guests are generally left alone.) Most of them are private lounges and event spaces, but all of them are down with the cause. Here are eleven places where you can consume cannabis in and around Denver (if you're at least 21), not including your own home:

The Coffee Joint
1130 Yuma Court
720-583-4657
The Coffee Joint made history as Denver's first licensed cannabis-consumption business. The coffee shop and lounge, which opened for social pot use in 2019, allows electronic vaping of flower and concentrates as well as edibles consumption, as long as you BYOCannabis. Although you can't smoke here, you can use your own vapes and dab rigs for the Coffee Joint's e-nails, and the $5 entrance fee is waived if you've purchased products from the dispensary next door, 1136 Yuma. It might not be the full-out free-for-all you were hoping for, but it's the only one we have right now — and it's legal.

Bodega
1270 West Cedar Avenue
720-475-1983
This cannabis speakeasy is modeled after an East Coast corner market, with a fake soda machine serving as the secret entrance to a glossy pot lounge with booths and flat-screen TVs. Unfortunately, Bodega is only doing some light private affairs at the moment, but owner Gabriel Sandoval plans to open Bodega up to membership in the very near future, where members (21+) can hang out and puff at their leisure — and buy some hot Cheetos on the way in.

Tetra 9 Private Lounge and Garden
3039 Walnut Street
720-800-3011
Tetra 9 took many in Denver's cannabis scene by surprise when it opened its doors without much notice. The pot club operates under the private-membership model, allowing you to sign up online with daily memberships ($20) and monthly passes ($50). It's quite a bit more expensive than other pot clubs, but Tetra 9 is right in the heart of RiNo (instead of on the fringes of Denver, like its counterparts), and it regularly hosts live music, industry gatherings and 420-friendly classes over the weekend. BYOC. 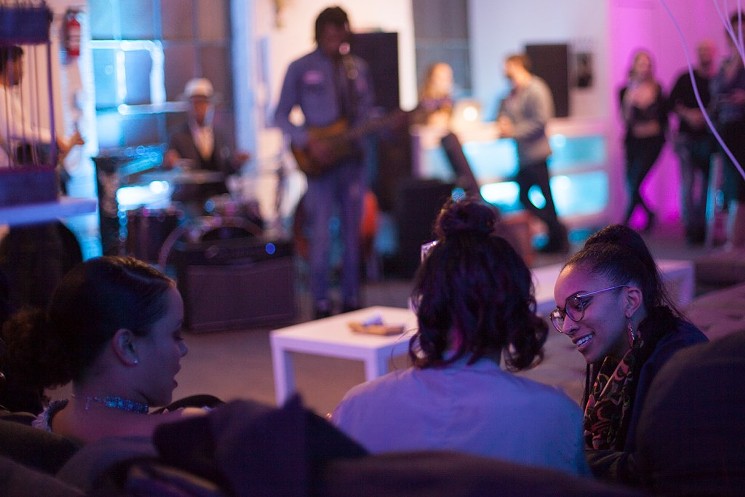 Tetra 9 hosts various events Thursday through Sunday, but it's open all week.
Jacqueline Collins
The International Church of Cannabis
400 South Logan Street
303-800-5644
Despite its name, the International Church of Cannabis only allows cannabis consumption on site during its Sunday congregational gatherings or special private events. The Sunday evening ceremonies celebrate Elevationism, the practicing faith at the church, with members receiving invites every week after they sign up online. On top of allowing occasional cannabis use (BYOC), the church offers educational talks, live entertainment and potluck dinners.

Arrowhead Manor
9284 Highway 285, Morrison
303-738-8454
If you're like most people, you just want a spot to toke up at your home or wherever you're staying. A handful of Denver area hotels will allow you to vape cannabis inside, but a truly cool smoke-and-stay experience awaits you at Arrowhead Manor, a mansion that serves as an event center and bed-and-breakfast. Minutes from Red Rocks Amphitheatre and about a twenty-minute drive from Denver, the plush lodge allows residents to smoke pot on its outside decks and patios (smoking inside is prohibited.)

Adagio
1430 Race Street
303-870-0903
The Adagio is a bed-and-breakfast in the heart of Denver's Capitol Hill neighborhood. It doesn't stick out among the other Victorian homes on the block, but once inside, you'll see why it's unique. This pot-friendly B&B is a little pricey (rooms start at $299 per night), but how many hotels offer amenities such as designated pot-smoking areas, wake-and-bake breakfasts and 4/20 happy hours?

Urban Sanctuary
2745 Welton Street
970-217-1587
Urban Sanctuary isn't a lounge; like Cultivated Synergy, it's a private event space that holds pot-infused shindigs from time to time. However, Urban Sanctuary's events are more about healing the body and mind with the help of cannabis than partying. Certain yoga and meditation classes at Urban Sanctuary allow pot use during the sessions — but not all do, so make sure it's cool before showing up with a joint tucked behind your ear.